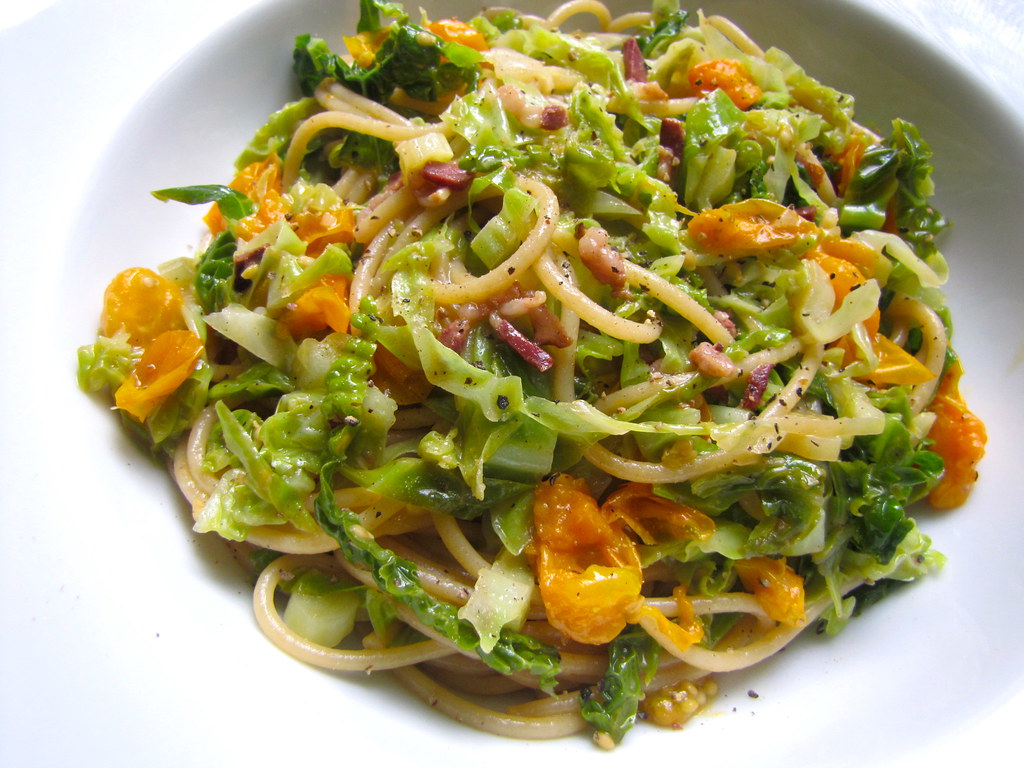 You might be wondering why, in the midst of summer, when all the glorious squashes, eggplants, tomatoes and peppers have come into season, did I choose to get cabbage at the Greenmarket? Well, the short answer is that I’m slightly obsessed with cabbages — of all kinds — and I don’t expect anyone to relate. And seeing a new head of Savoy cabbage, with quilted-textured, pristine green leaves on the outside and tightly wound like a rubber band ball, promising many more of these inside, put me over the edge of reason. The heirloom eggplants can wait; I needed to get this cabbage and make something with it right now.


You can get winter cabbages all year round, and they’re hardy enough for storing in your crisper for weeks. They’re serendipitously inexpensive, and healthy — a thrifty goldmine of goodness. But they’re also versatile, too, and that’s why cabbage and I get along so well. I sliced up a few leaves from the head of Savoy cabbage (which have a distinctly rippled appearance but are otherwise similar to common green cabbage), to sautee with olive oil and garlic for a pasta dish. 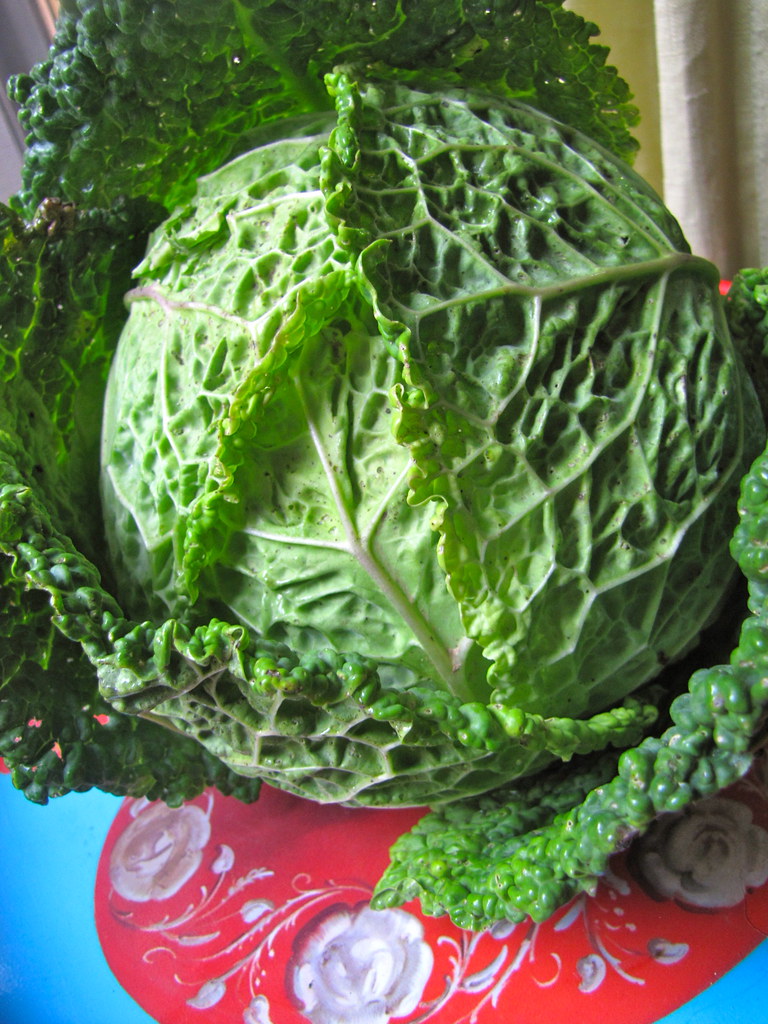 Yes, a quick and simple pasta dish. It’s a trick I learned after making one of the best winter pasta dishes I’ve ever had, an interpretation on the classic peasant dish pizzocheri, which is traditionally made with cabbage and potatoes, along with buckwheat noodles. And for extra sweetness and a little tang (not to mention a little more luxury), I threw in some halved sungold tomatoes once it was just softened. I didn’t exactly scrimp on the seasonal treasures at the Greenmarket that day, either. 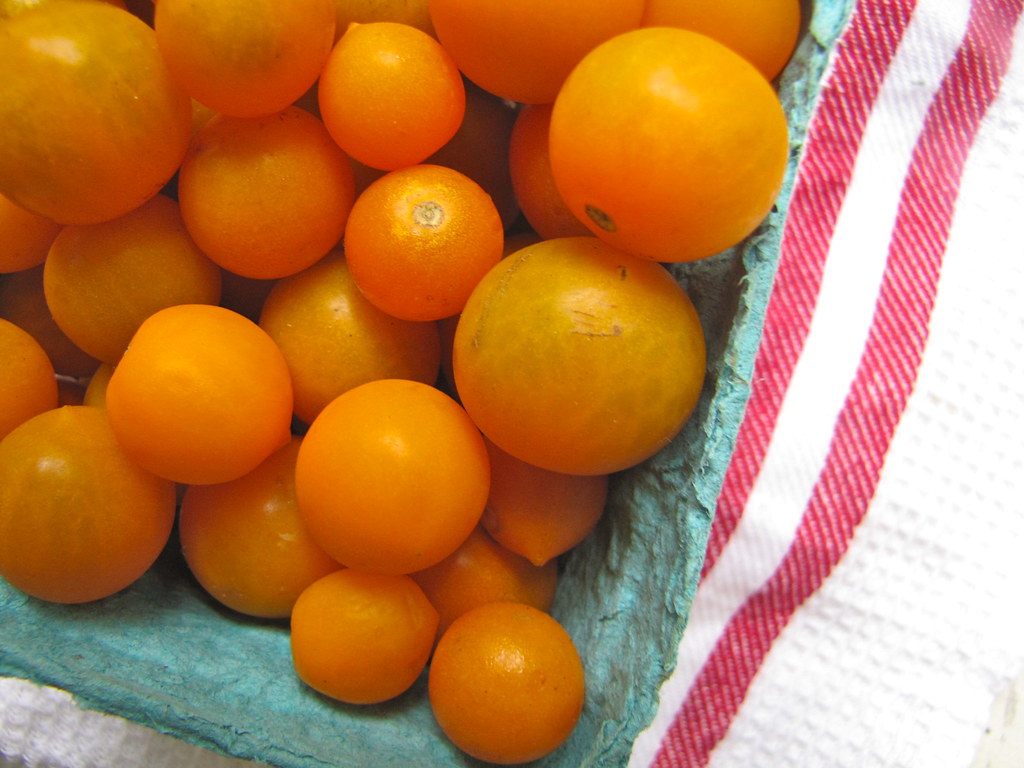 sungold tomatoes, the perfect size for halving and dropping into sauce

Further evidence of that is a thick block of duck prosciutto, cured the old-world way just like a ham, but with duck breast, by Hudson Valley Duck Farm. A few slices from this deep-ruby piece of charcuterie was all that was needed to crisp up in the oil, flavoring it along with the garlic. You can use traditional pork prosciutto instead, or thick-cut pieces of bacon. The cured duck breast lent the dish a little touch of gaminess that I enjoy, however. 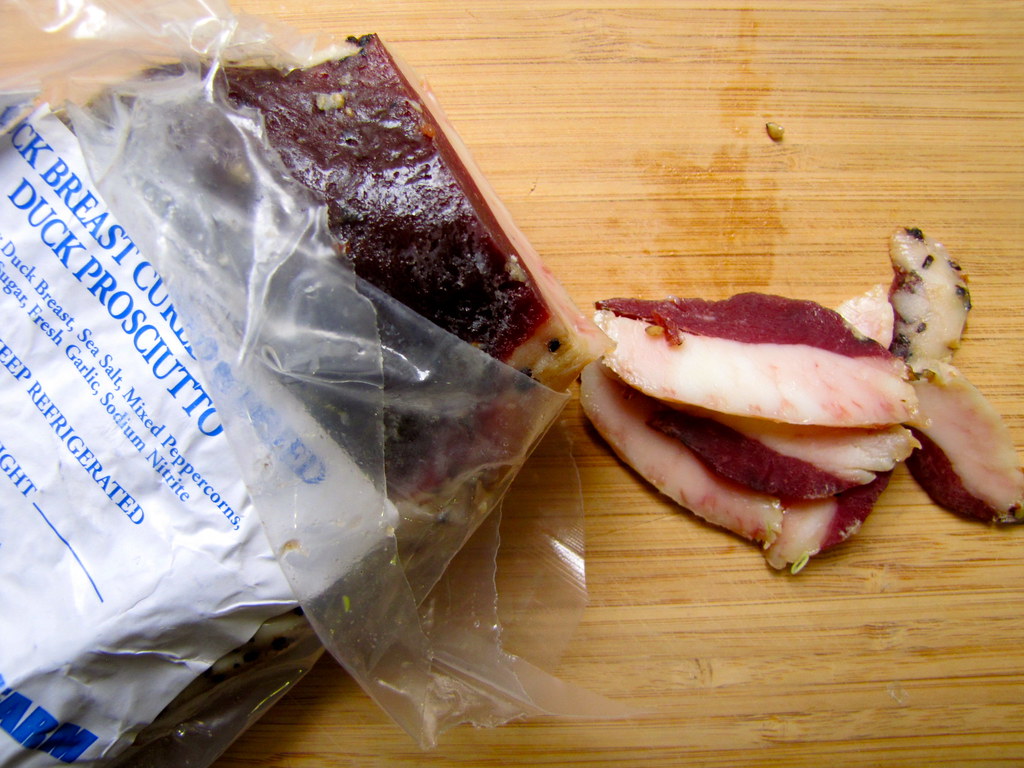 Mix in that pasta just as soon as it’s almost al-dente. It’ll finish cooking in the pan of squishy tomatoes, softened cabbage and prosciutto along with a splash of its cooking water. This dinner is really easy to make far too much of for one person to eat. I probably could have doubled the amount of pasta that was cooked into the vegetables, only why not cut out more carbs in favor of them? The slippery, softened strings of cabbage seem to emulate these noodles alone, coated in the viscous, starchy cooking water with tomatoes and a pat of butter at the end. Some grated Parmiggiano-Reggiano cheese to finish is welcome as well. I thought the umami richness of the duck prosciutto was enough to make up for it, and gobbled up the overflowing plate.

Transfer the almost-al-dente pasta directly into the pan of cabbage, tomatoes and garlic. Add a couple ladles of its cooking liquid, and stir to incorporate. Let cook until most of the liquid has been absorbed. Remove from heat and stir in the butter, and salt and pepper to taste. Serve immediately.

Five brownie points: Because so much cabbage was used in ratio to the (whole wheat) pasta, this dish is hearty in Vitamin C, fiber, calcium and protein. Yes, green or Savoy cabbage provides all of those alone. The golden tomatoes add more vitamins to the mix, and the prosciutto, butter and olive oil, more fats. But the benefits are plentiful, and help equalize those extra calories and fat grams, especially when the latter are used so minimally, for flavor.

Seven maple leaves: It’s easy being green-friendly in the summer. This is a locavore meal, with dried pasta (sure, I could have bought the eggs and flour from the Greenmarket also, to get really gung-ho and make it instead). Besides this generic box of dried pasta, the olive oil and salt and pepper, everything, including the butter and garlic, was sourced from local farms. As the Cost Calculator can tell, it wasn’t hard on my pocket for it.