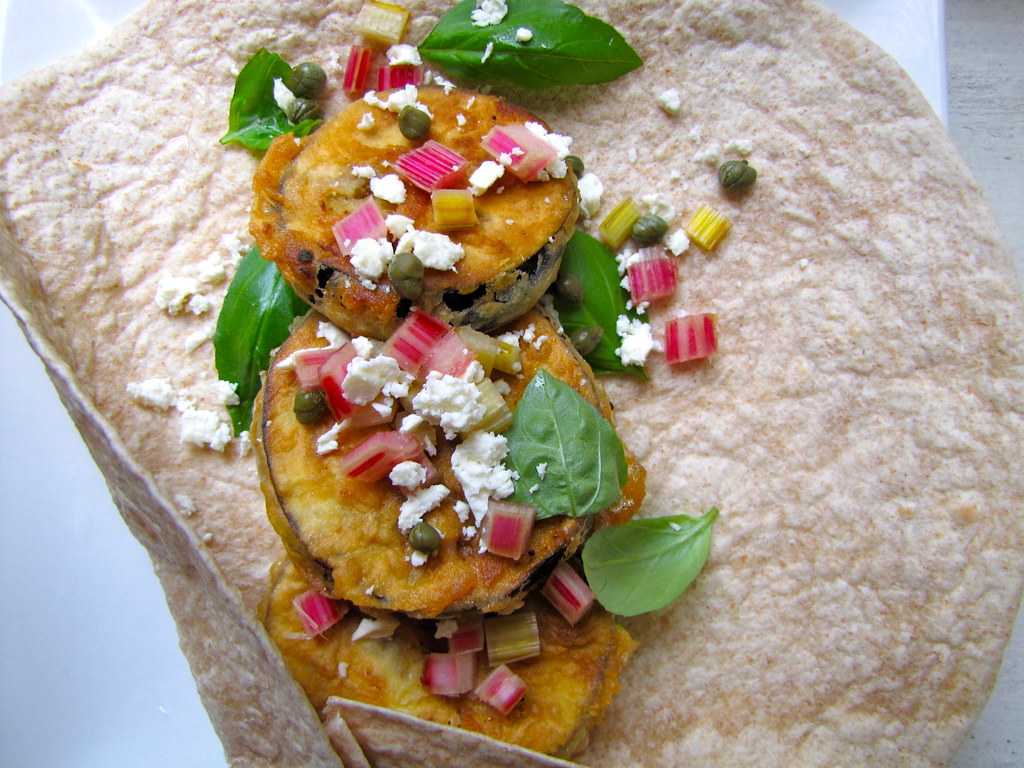 I’m fond of using up kitchen “scraps.” I was working in the kitchen of a soon-to-be new restaurant in Brooklyn, when I scraped together a family meal (aka nosh for the staff) using some celery trimmings, chicken legs, and somewhat dried-up knobs of ginger after they were grated to the last stubs. Here, I’ve salvaged the stems of a leafy bunch of Swiss chard to chop finely and quick-pickle, and pair with capers and crumbles of feta cheese in a slap-it-together-on-the-fly wrap with eggplant rounds. Normally, I might crank up the oven to 400 degrees to roast the slices of the summer nightshade. But this time, because I was pressed for it, I heated up a shallow pan of oil and flipped them once with a simple batter.


It was, I later deemed, after crunching up the last bites, the right thing to do. Patting my belly on the way to the subway, satisfied as if I’d just left a fancy sandwich shop, I noted that I’d just trimmed a bunch of Swiss chard to perfect leaves for sauteeing soon, and saved enough of the single eggplant for a host of other uses another time. Only, I was so happy with the formula that I made the same thing the next day. And felt compelled to share it with you all, too. 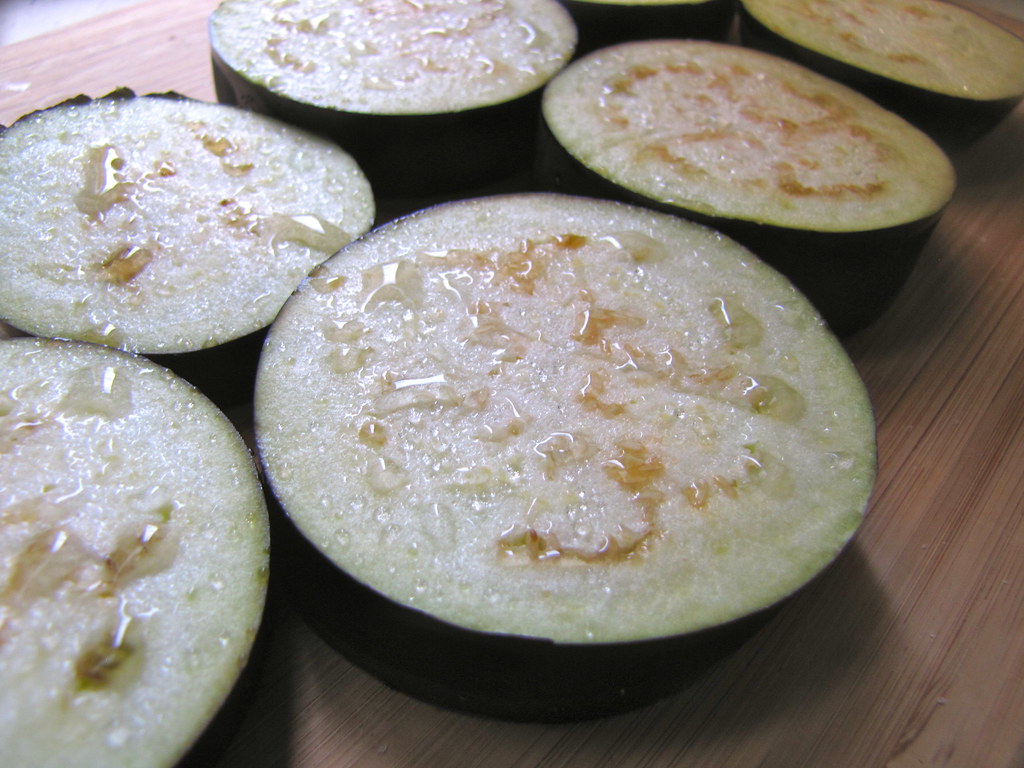 salting and letting eggplant slices sit out to draw juices

Once you’ve had a crispy, juicy round of eggplant that was battered and fried in some fashion, it’s pretty hard going back to those sad, soggy flaps of roasted eggplant flesh. I’m not sure why most “roasted vegetable” wraps or sandwiches seem to call for them, as well as fresh mozzarella, which is similarly spongey and mild-tasting. The tanginess of the feta, capers, and pickled Swiss chard stems was a triple-whammy of contrast, as well as texture throughout. And as I’ve found, it’s a simple feat to render the very potentially soggy eggplant into crisp sandwich stuffings in a shallow pan of oil. 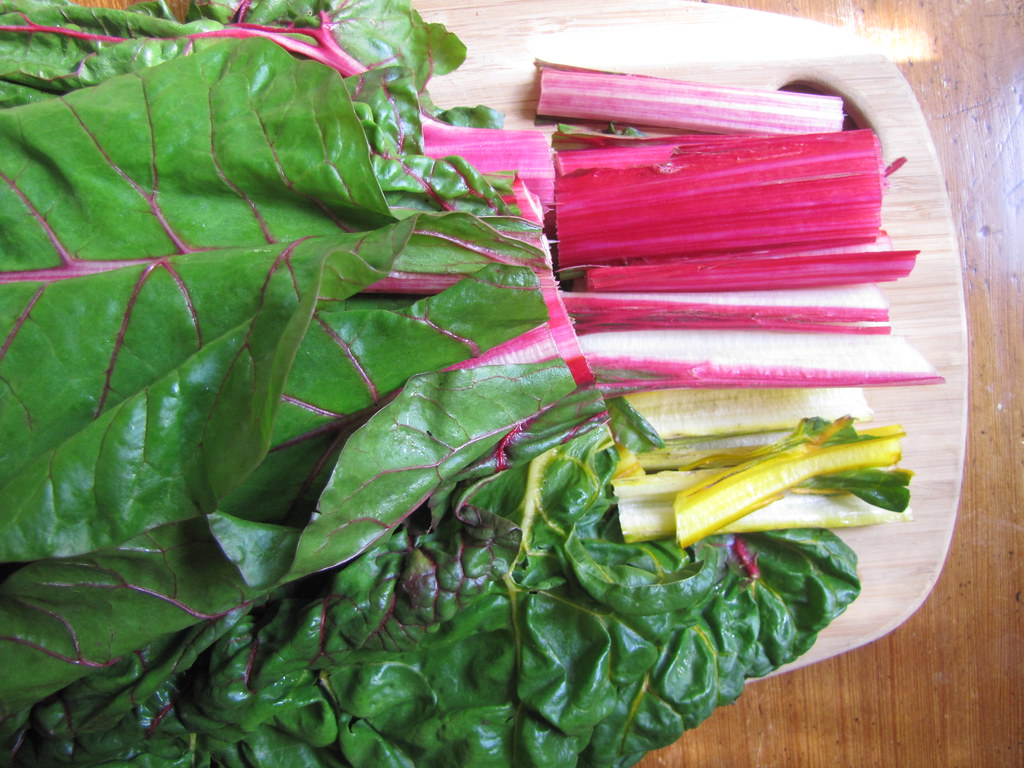 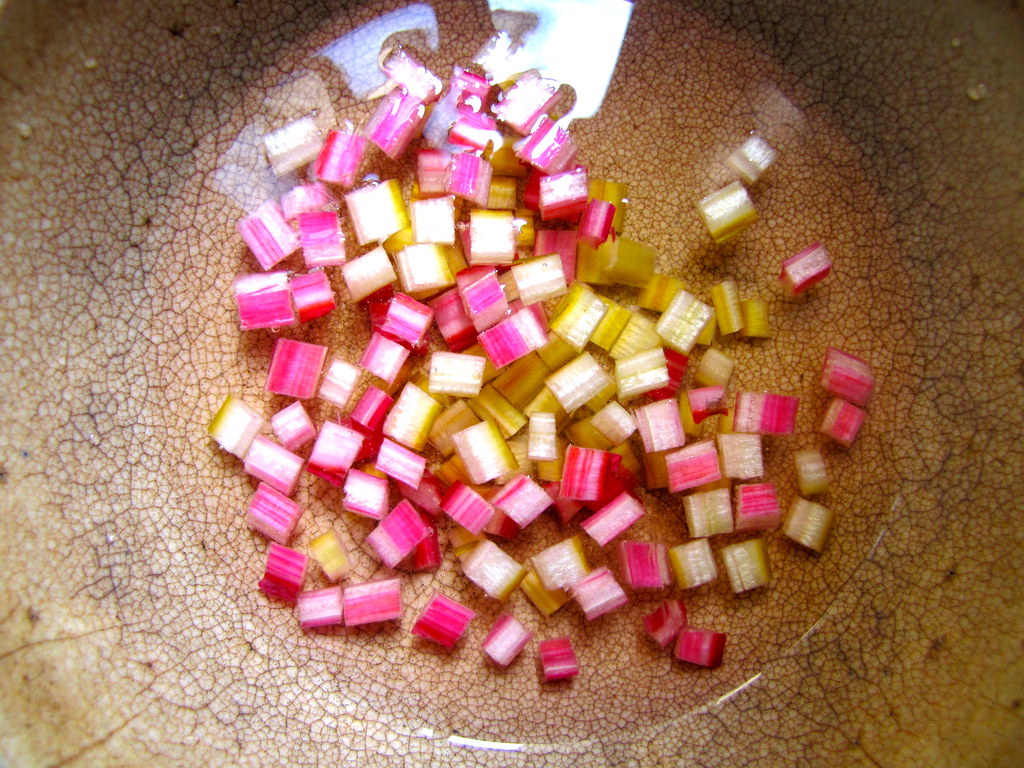 and quick-pickled with vinegar, salt and water

Is it the healthiest way to enjoy eggplant? Battered and fried? No, but as long as it’s the season for po’ boys and fried catfish sandwiches, it makes sense to swap in a vegetable to get the same effect for a change, especially when it’s in season and bursting from the farmers market crates. One medium-sized eggplant yields a lot of slices, for a fraction of the cost of meats and seafood. They also keep well in your fridge, unlike more delicate summer produce.

It also makes a lot of sense to throw in fresh herbs growing abundantly at home in lieu of lettuce (if you don’t have a lot of those growing, too). These add welcome flavor, and I simply piled on a lot of fresh basil leaves from my windowsill plant at the last minute for a subtle crunch, too. 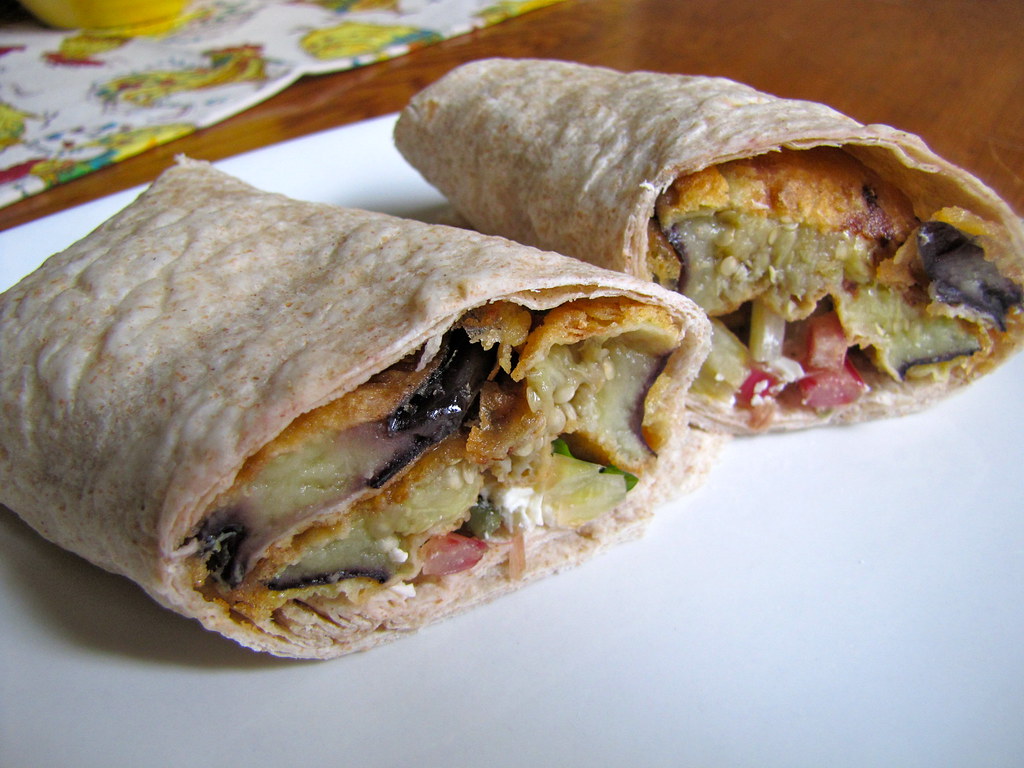 I find that a whole wheat wrap keeps all the sandwich fixins’ inside much better than a sandwich roll, since we’re talking about crumbled bits of feta, capers and those pickled pieces of Swiss chard stems. Also, you can stuff more fried eggplant inside a wrap, which you’ll probably have plenty of to use up.

Slice the eggplant into rounds and coat the tops of them with plenty of salt. Let them stand at room temperature for 10-15 minutes. Afterward, squeeze out the juices that have risen to the top.

Chop the Swiss chard stems into small pieces. Dissolve a couple pinches of salt in the 1/4 cup each of vinegar and water. Let the pieces soak in the mixture for 15 minutes or while you prepare the rest of the ingredients.

Heat a fry pan with the oil over medium-high heat. Combine the flour with a couple pinches of salt and pepper and spread on a flat plate. Beat the egg in a small bowl along with 2 tablespoons water. Dredge the eggplant slices in the egg mixture, then pat in the flour mixture and shake off any excess. Once the oil is hot, place down the eggplant slices in the pan (you may need to work in batches). Don’t touch and let cook until golden-brown on the bottom. Flip with tongs and brown the opposite sides. Transfer to a plate lined with paper towels.

To assemble the wraps, line the fried eggplant slices vertically in each tortilla and shower with the crumbled feta, drained pickled Swiss chard stems, herbs and capers. Fold up the edges and roll like a burrito.

Five brownie points: This is a great dish to substitute for something that’s not very healthy. While eggplant alone might not be the most vitamin-packed vegetable, it can attain a meaty texture and substantial portions without cholesterol, and with many minerals, especially if you leave the skins on.

[Green Factor 6]:
Six maple leaves: Inspired by seasonal abundance and the need to do something with it soon, it just gets easier to cook green gren as the summer passes. The main ingredients (eggplant, Swiss chard) were grown and purchased locally, from the farmers market, while the scattered accoutrements, and whole wheat wrap, gathered at various times from various generic stores, to wind up in the fridge. Extra point, however, for using the often tossed-out stems from the Swiss chard.