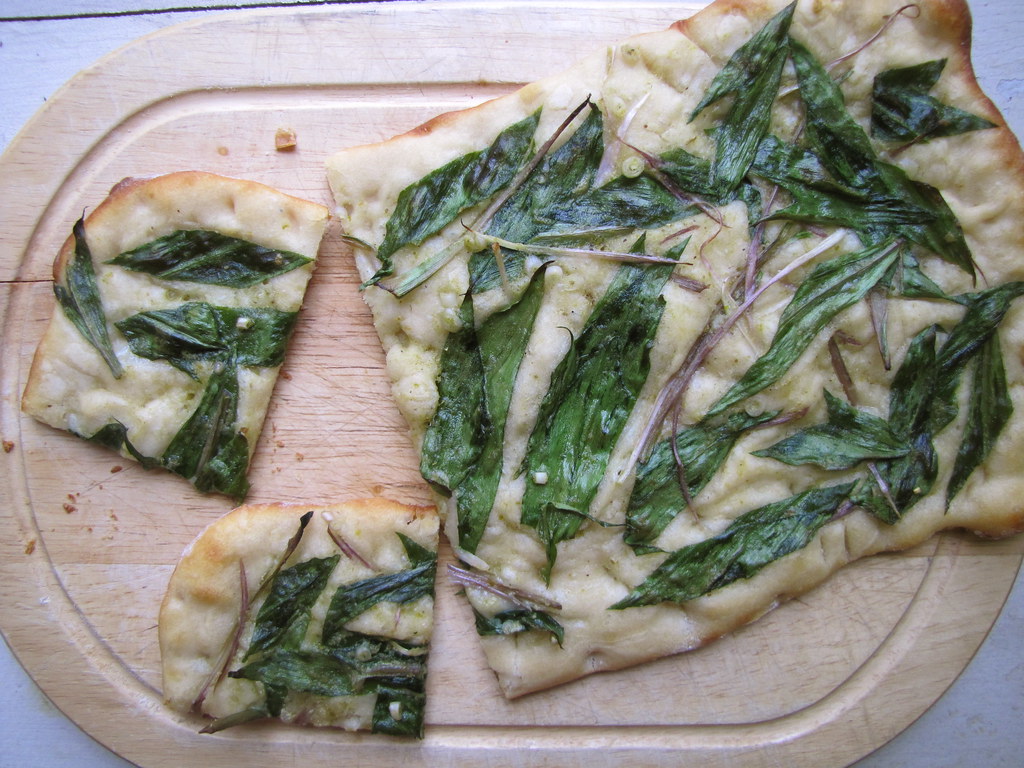 Make no mistake: food is trend-oriented. Each region has its own fixations; we recycle them once they’re in season each year, and other times, toss them out to make way for newer trends. It’s a monkey-see, monkey-eat philosophy, and one thing that’s been made abundantly clear to me these past few years is that an unassuming, often-wild allium called ramps is definitely in, around here.


For example, it’s the food of the week to make recipes based on at Food52. I had the pleasure of joining Amanda and Merrill over there for a video shoot about last week’s featured ingredient, peas, when they tipped me off to that fact. But, they had hesitated on choosing ramps because they aren’t so popular in most other parts. Many readers can’t find them in markets, or wouldn’t recognize them in a field. Well, I can tell you where to get them in New York City now — the Greenmarket. (And, if you care to forage for them yourself, listen to what these wild edibles experts had to say on Let’s Eat In.) 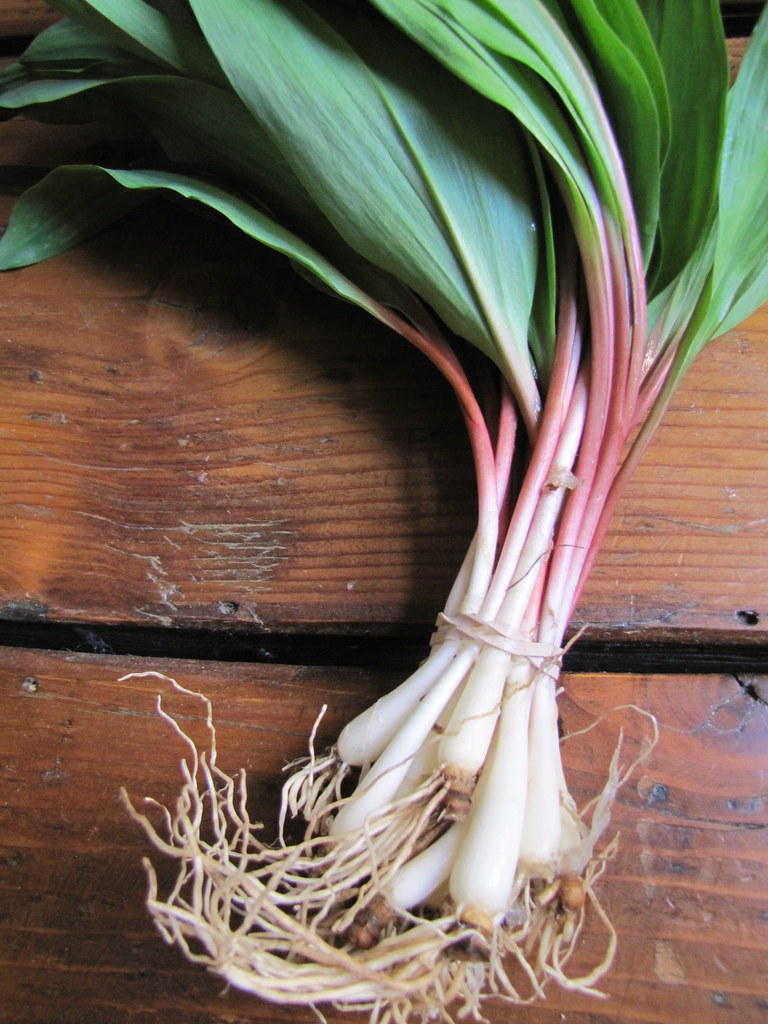 a bunch of ramps

A lot of the produce farms at the market are boasting the long, flat-leafed cousin to the scallion this rainy mid-spring. We can go into the pros and cons of food trends and how they’re produced, but for now, I’d rather just join in the fun. Say what you will about them being overexposed, but at least they’re a lovely sight to have to see. With slender, purple stems and deep-green, silken shoots that remind me of a floppy bunny, I just swoon. Its flavor is just as delicate, too. Besides, it’s not like ramps are going to give you heart disease like other food infatuations, namely pork belly. How innocent a lust it is!

I set out to make a foccaccia bread — or something like that — with ramps. A few hours later, found myself eating something that was quite expected, but also, good. 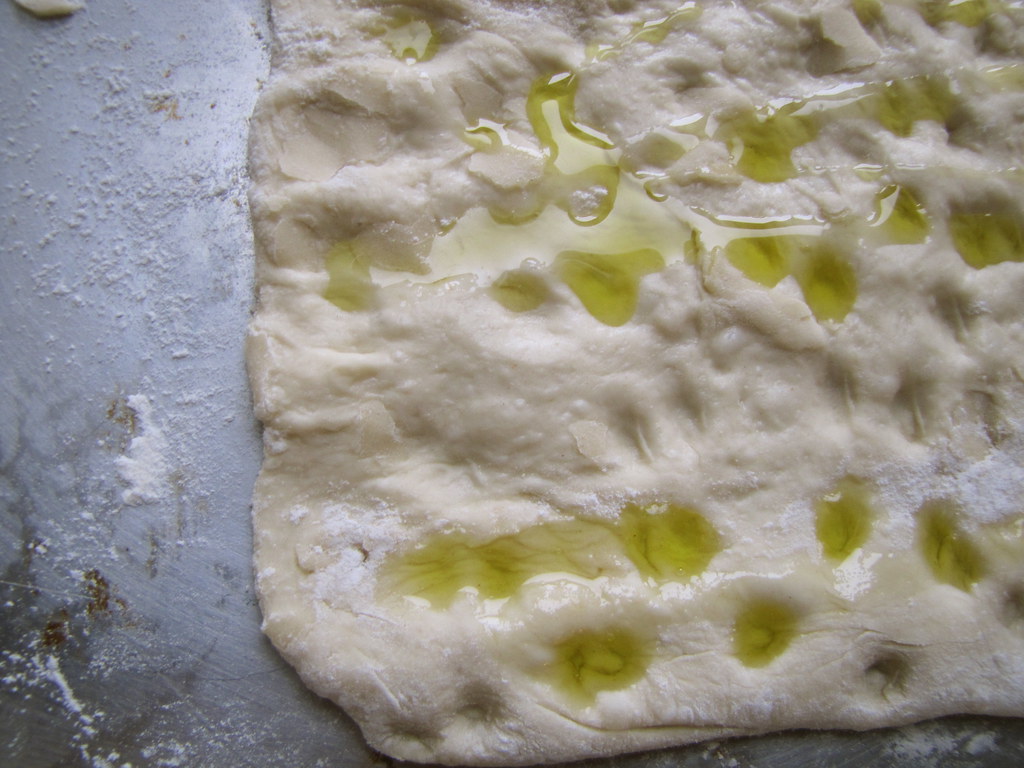 It was all because I didn’t have cheese. That, and the proper time to make real foccaccia bread, so I made something more like basic pizza dough (and called it “flatbread”). I thought a layer of ramps, smeared in olive oil, would bake up nicely on top. And to give it something extra, and a warm, golden crust, I’d wanted to sprinkle it with some grated Italian aged cheese. But I had none. A quick rummage through my refrigerator led me to a sealed container of coconut milk, which I’d used a spoonful of for homemade truffles last week. In the cupboard sat a can of Thai green curry paste. So I slathered those on the greens and pressed it on top of my proofed pizza dough. 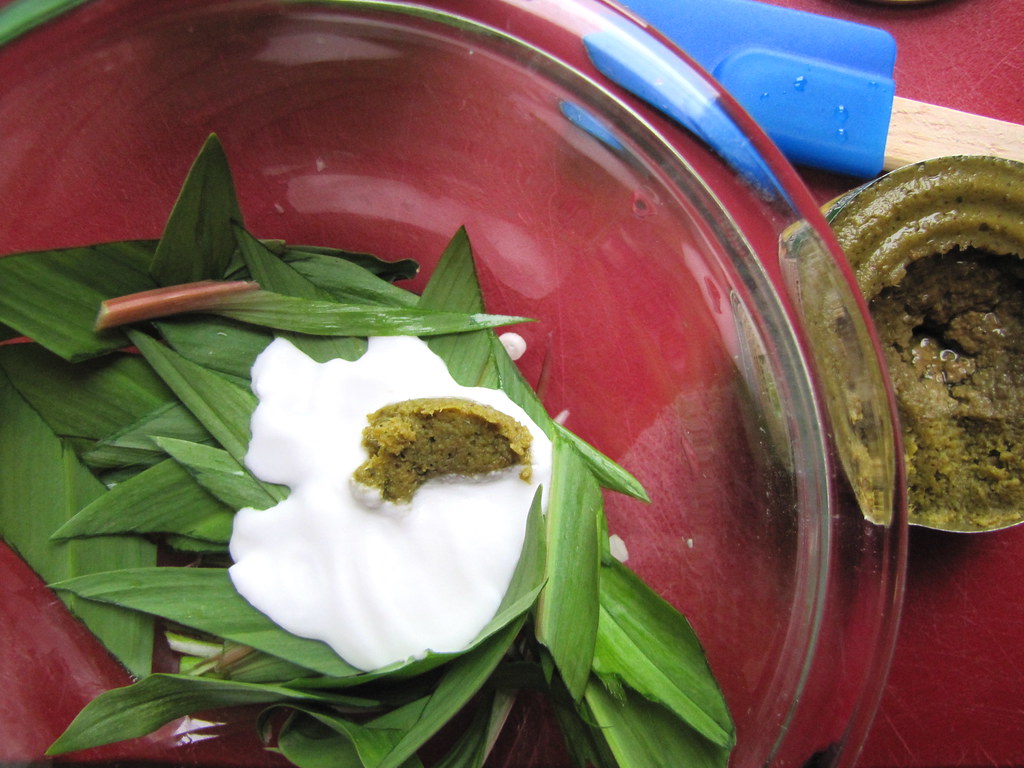 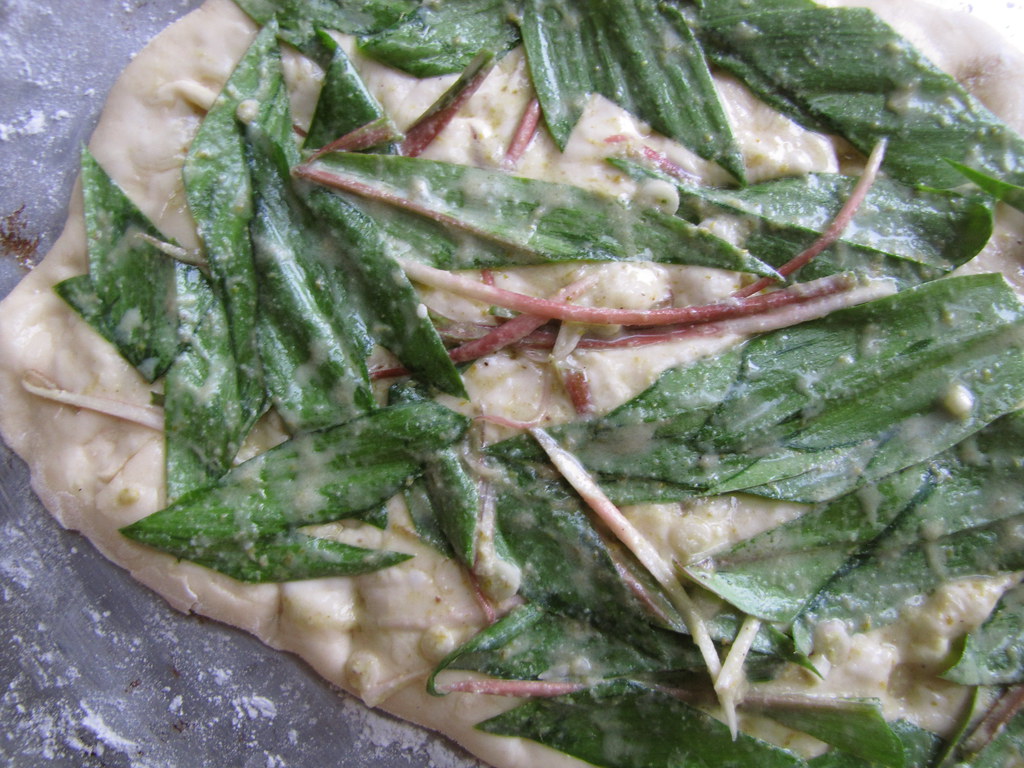 and smeared atop the risen dough

I know it sounds weird, but wow. The ramps cooked just as crispily as I’d hoped, even charring a little around the edges. And instead of a sharp, cheesy complement to their flavor we’ve got a gingery kick and buttery coconut in the background. We’ve ditched Italy for Southeast Asia in this bread, and I’m not looking back. What reckless fun.

Have some in the kitchen today.

Mix the yeast with about a tablespoon of the water and set aside for 5 minutes. Combine the flour and salt, and add enough water so that the dough just comes together into a stiff dough. Knead for 8-10 minutes. Place in a bowl, cover with a towel, and place in a warm place to rise for 2 hours. Punch down dough and transfer to a floured surface. Make two or three folds and form dough into a thin, rectangular sheet. Transfer to a floured baking tray and smear a layer of olive oil on top. Place in a warm spot for another 20 or so minutes.

Meanwhile, combine the coconut milk and the green curry paste, and toss thoroughly with the ramps. Preheat oven to 500 degrees. Spread ramp mixture evenly across the top of the dough, and bake for about 10 minutes, or until edges are just crisp.

Four brownie points: In turning to Thailand for inspiration in this dish, we’ve employed one of the most common fats with coconut milk — and also one of the most controversial at least in these parts. Known for its high level of saturated fat, coconut milk and oil is often shunned in the health world, but it has plenty of benefits unique from other nuts, too. Make sure you read the label on your green curry paste, to get a sense of how natural or how preservative-addled yours is (I prefer the small cans that are from Thailand, with Thai lettering on them, which tend to be all-natural and also better-tasting). Finally, ramps are a member of the onion family, and although most think of them as useful for flavor only, they’re not without their nutrients, too.

Five maple leaves: The coconut milk and green curry paste were about as non-local ingredients as they come, imported from Thailand, but other than that, the ramps are a local and seasonal treat, and the dough, homemade from unbleached flour (which I’d recommend, for its lack of chemicals from bleaching).