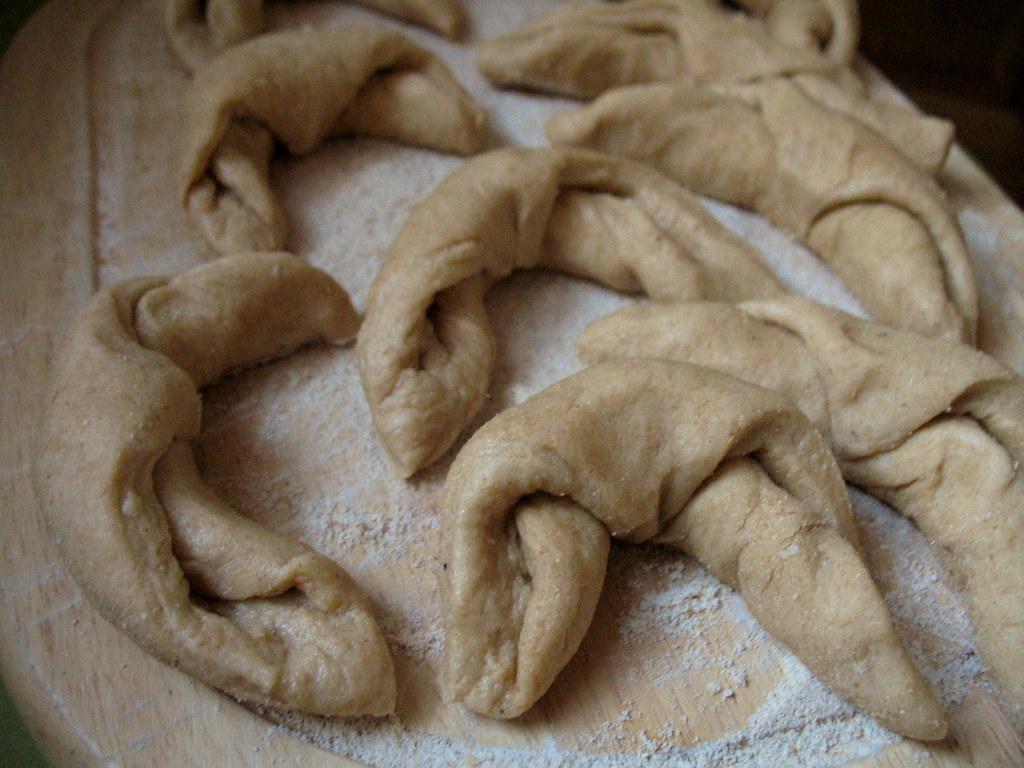 I am not a pastry chef. I’ve only begun to work with yeast in the last two years, tinkering mostly with pizza doughs and a little lazy-cook sensation called No-Knead Bread. I’ve never attempted to make my own croissants. So, foolishly, I thought I’d skip ahead that French classic and try to make whole wheat croissants instead (which I have never laid eyes on professionally-made). Following that train of illogic, we come to the only logical conclusion: that they turned out pretty poor.


Not terrible. They were good, they just weren’t croissants. They were not flaky and only very minimally puffy — not light — even though the dough rose considerably during both sitting-out spells. This coarse whole grain is just so damningly dense. They do not a fine marriage with a delicate French pastry make. Unless you have any other ideas on how. 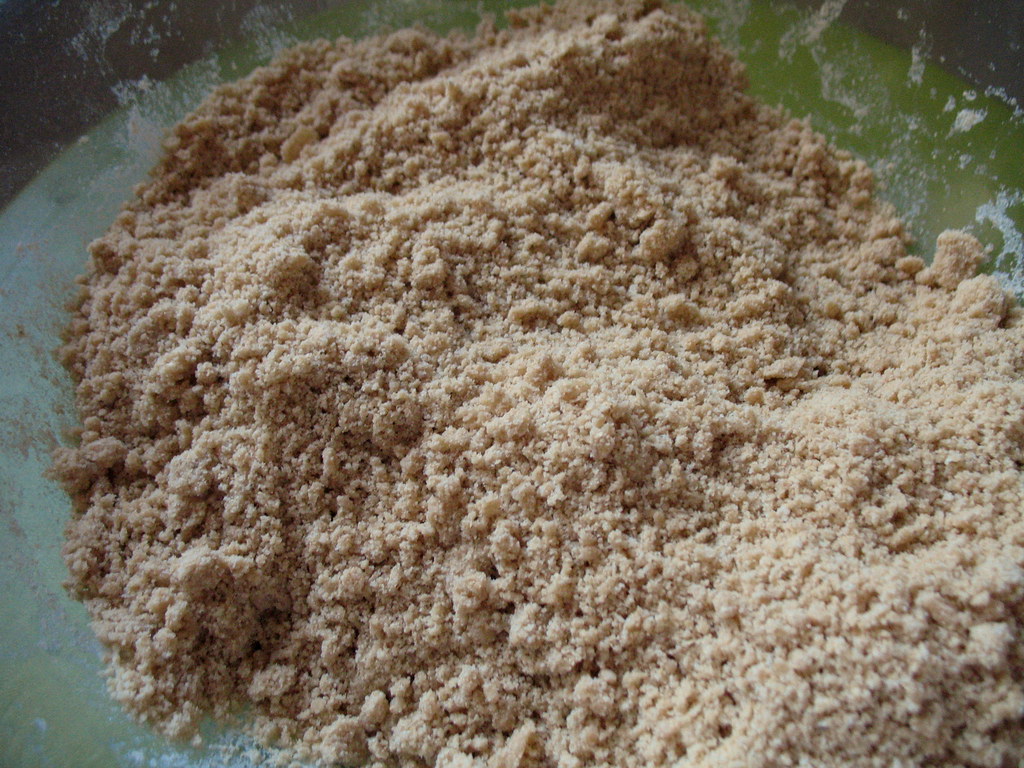 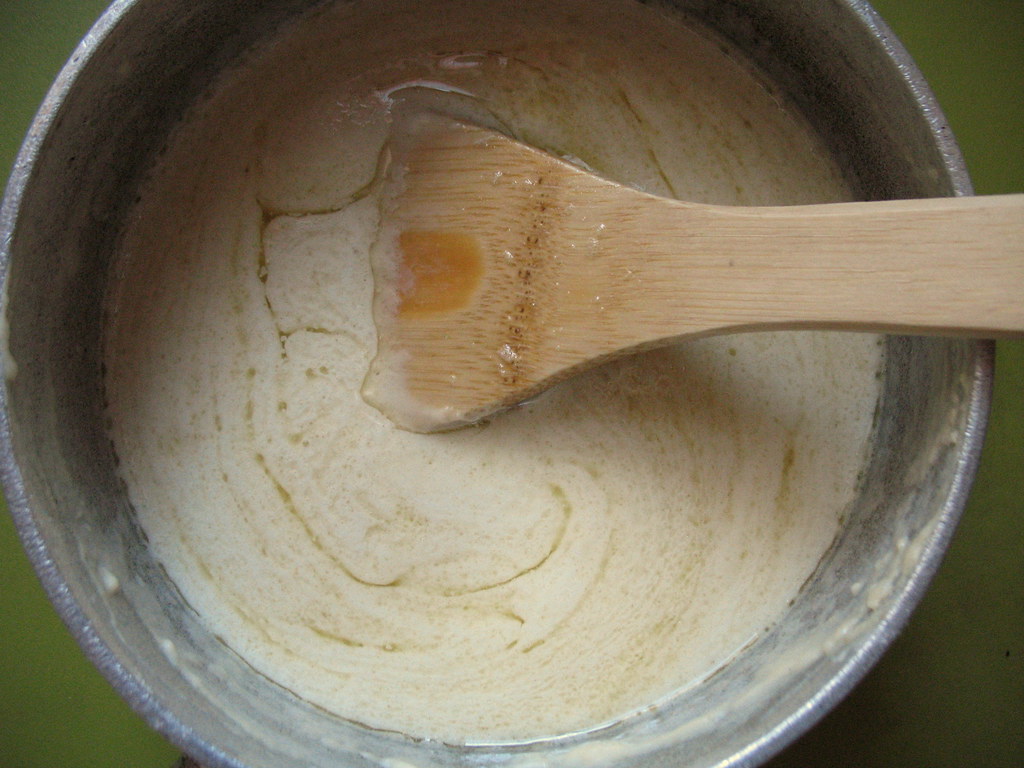 a sponge of milk and flour meets even more butter


Here’s one: Even most “whole wheat” breads are not full-whole wheat; they’re partly refined flour to varying degrees. This could have been done here, too, and I’m sure the greater the ratio of refined to whole wheat flour would have made the bread that much lighter. For some reason, I dumped 100% whole wheat into these. Oh, and another: I didn’t actually follow the classic preparation for croissants. That included a serious workspace, a thin, flat sheet of butter, and a large rolling pin with which to press thin, flat sheets of butter upon layers of thinly rolled pastry dough. So I opted for the much easier, more typically American style of croissants, like the ones that come in the pop-open Pillsbury cans, and are more or less the same thing as buttery biscuits, shaped differently. 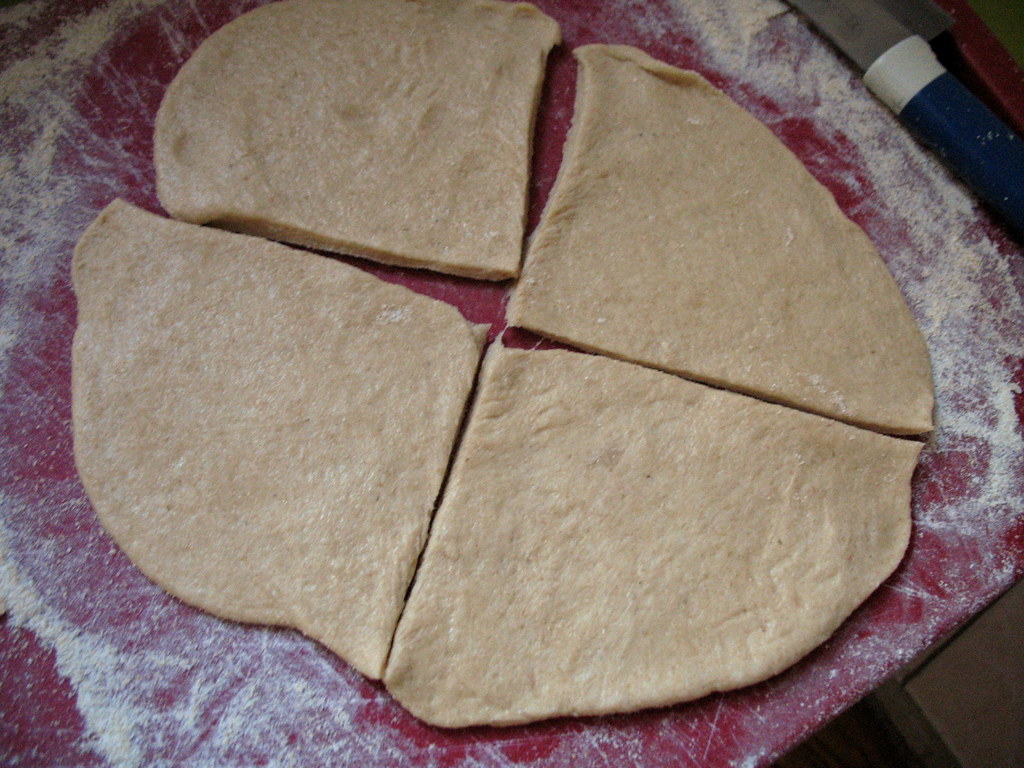 Really, I just wanted to make something good, and that my friends would like, and knowing that many of them have put white flour on their list of food exes to avoid (seriously, refined grains are almost as unpopular as non-fresh mozzarella around these parts), I thought it’d be worthwhile to tackle the delicious snack with a nutritious twist. But it seems that these two elements — decadent French pastry-making, and whole-grain healthiness — while both popular, are warring attributes. And the logic that follows might be to question that when one wishes to sinfully absorb the senses in butter, is he or she really thinking about their fiber? 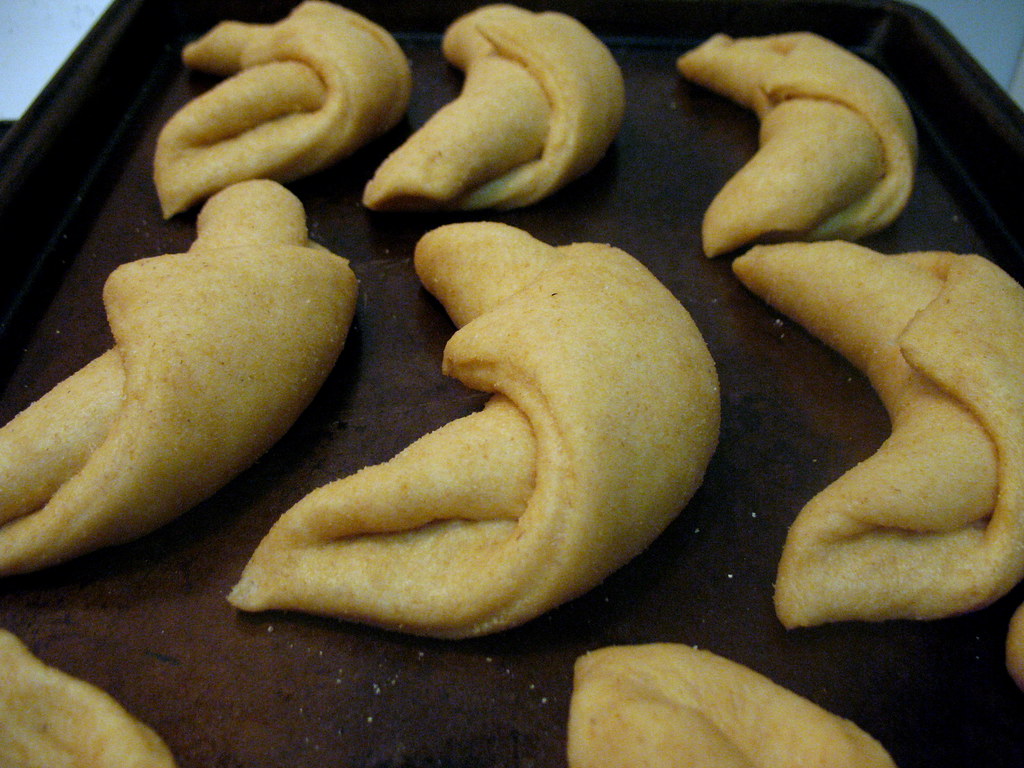 Probably not. So best to leave ’em alone. (I wonder if I’m a product of the school of “nutritionism” Michael Pollan critiques in In Defense of Food; he argues that nutritionism has sucked the enjoyment out of eating for most Americans, actually discourages it in a section titled “Beyond the Pleasure Principle,” while some condemned foods are in fact fine to enjoy in moderation.)

Yet I probably won’t be, as the whole wheat croissant challenge still looms large. I see a healthy compromise at the end of the tunnel. Speaking of people not wanting to mix their fatty indulgences with health binges, recently, I turned on the TV to see an ad for Pizza Hut’s new “The Natural” pizza. It has a whole wheat crust, and boasts “all-natural” ingredients, such as the pepperoni topping. (I thought it was funny the commercial even mentioned the pepperoni is all-natural, as it seems to scream that the original pizza’s version is most certainly not.) They also showed actors offering words of approval for the whole wheat crust — “It’s chewy,” “It’s better.”

So maybe there are people thinking about fiber as they eat fast-food pizza. Or there’s just a huge need for more healthfulness when these options so dominate many diets. I suppose we’ll have to see. For the time being, I have yet to see the two worlds converge in croissant form, at least outside of the home, and have yet to master that myself. 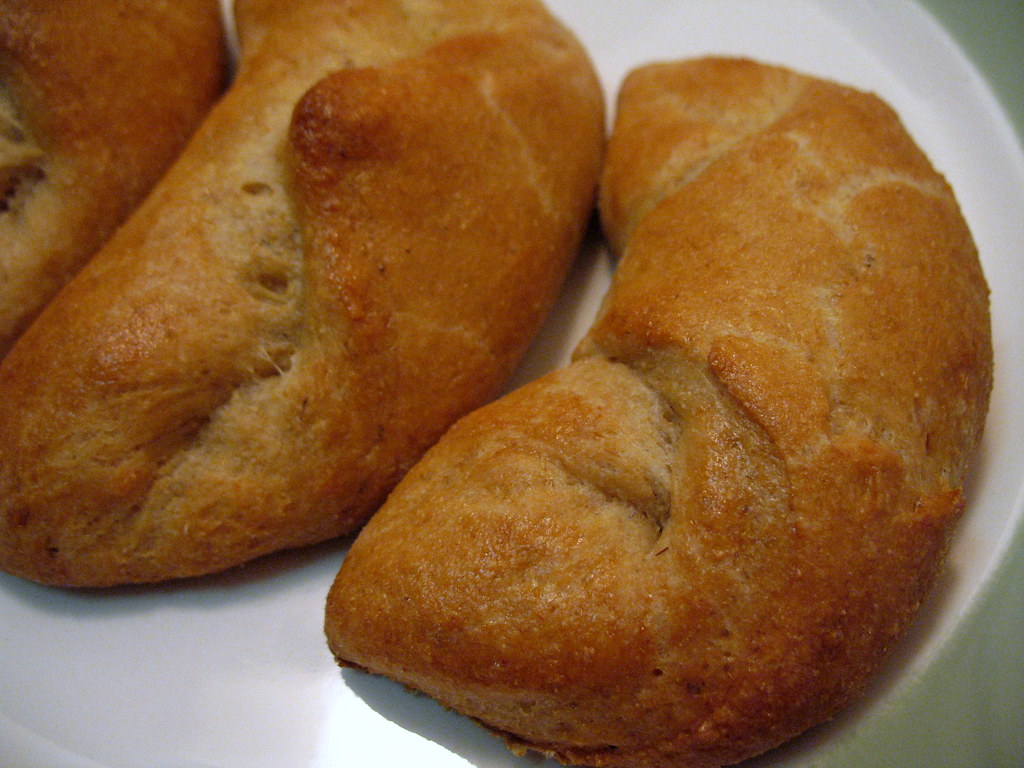