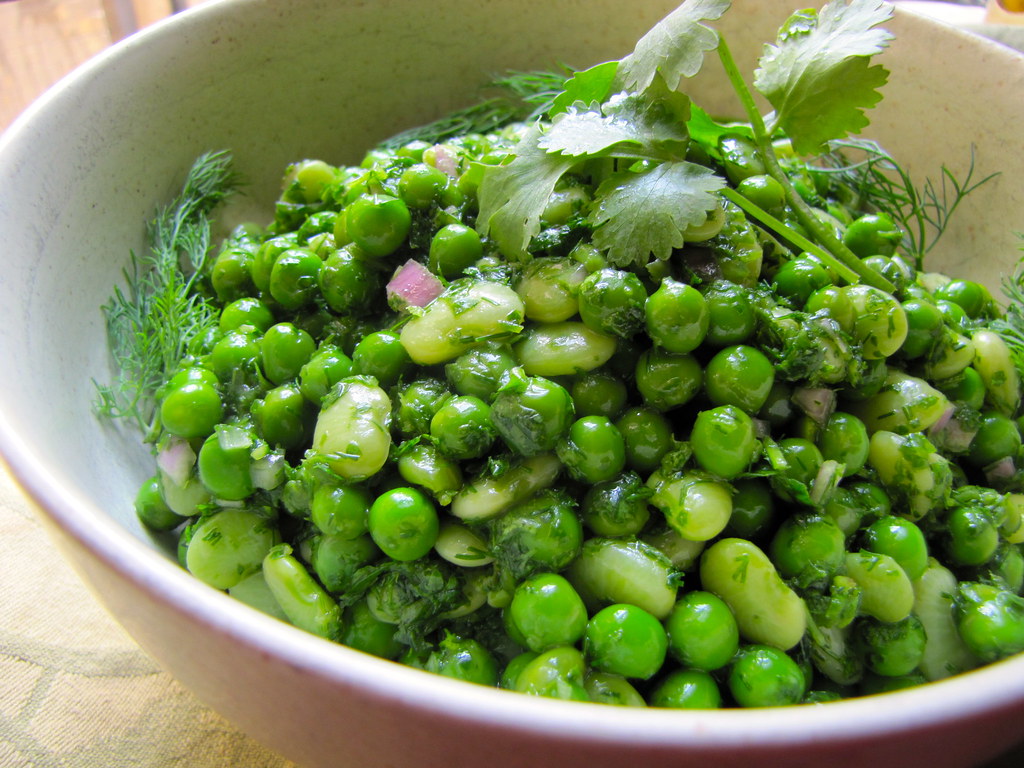 Also, I had greens overflowing from my fridge. My CSA recently kicked off for the season, so I’ve been blessed with lots of lettuces, bok choys, radish and turnip greens, and fresh herbs. The first week, I’d gotten a bunch of cilantro in the latter category and hadn’t used it by week’s end. And it was only the second week into the CSA when I found that I couldn’t make the pickup time — d’oh! So I played the “appoint a pickup buddy” card alarmingly early into the season. I know, I’m getting off to a shaky start here. Fortunately, my wonderful neighbors Tom and Katrin rose to the occasion and grabbed my share along with theirs, which I retrieved from their (packed) fridge the next day. This week’s herb? A bunch of dill. 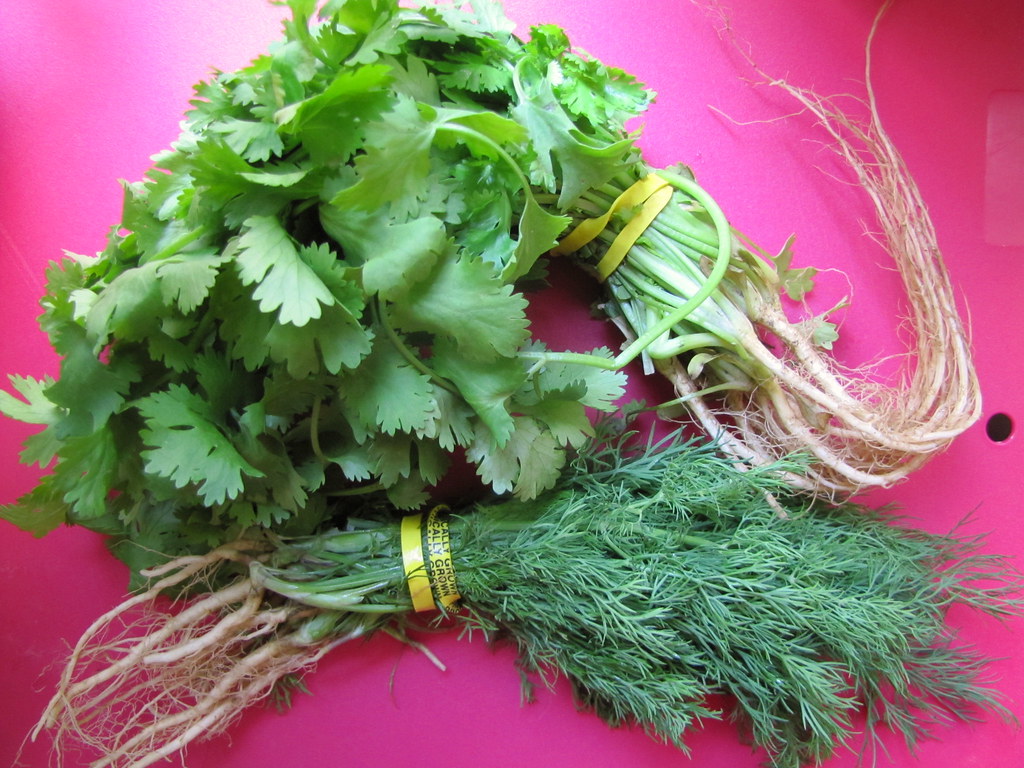 
Potato salad was really calling me by this point, in a pretty, sixties-crooner voice. I could see the paprika I’d sprinkle on top of it. Hear the mustard squeeze out of the bottle. But I still had my reservations about being the fifth one to arrive with it. Nobody likes to bring a too-familiar date.

So I made this. And honestly, it was much quicker, easier, and lighter to carry. It added color to the spread, was enjoyed by vegans, carnivores, and everyone in between. And yes, someone made potato salad and it was incredible (damn straight, Veronica Chan)! But I’d hoped it would jive well with the rest of the spread at this particular party, because it was a birthday picnic in the park for Chitra. Being the goddess of vegetarian South Indian recipes that Chitra is, the picnic spread was populated by cool dishes with lentils, with melons, with black garbanzo beans, and homemade chutneys and raitas, all to serve with seasoned basmati rice. I was tempted to add a tinge of turmeric or maybe garam masala to this pea and bean salad, but decided to keep it clean and fresh-tasting, focused on the herbs. 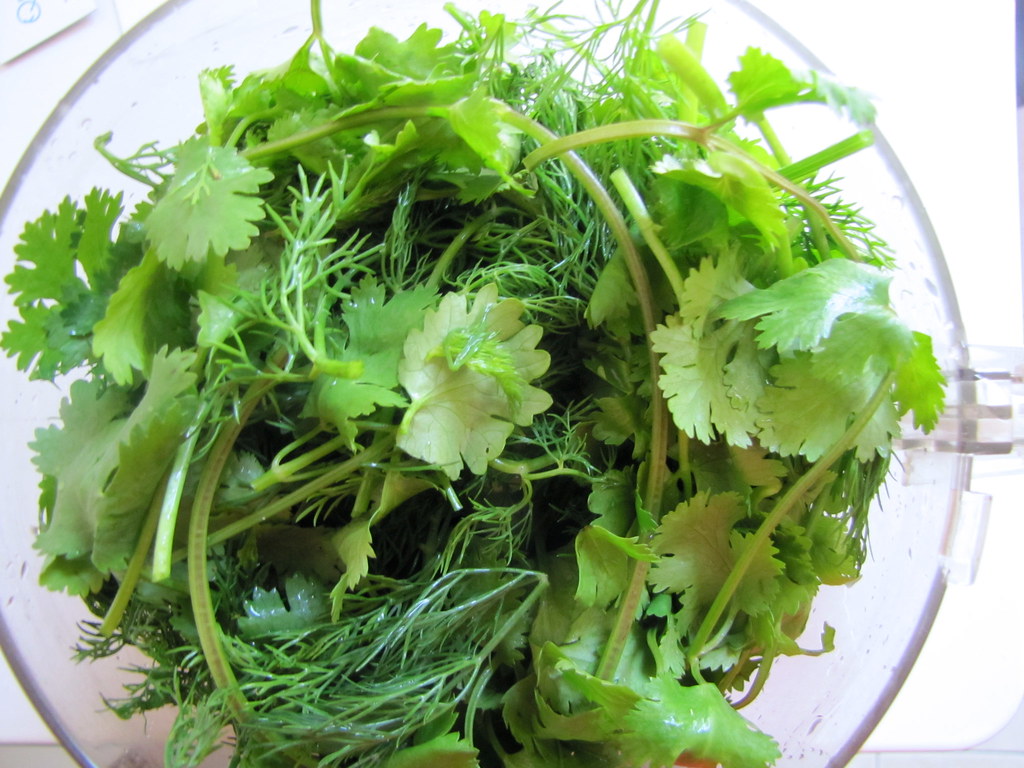 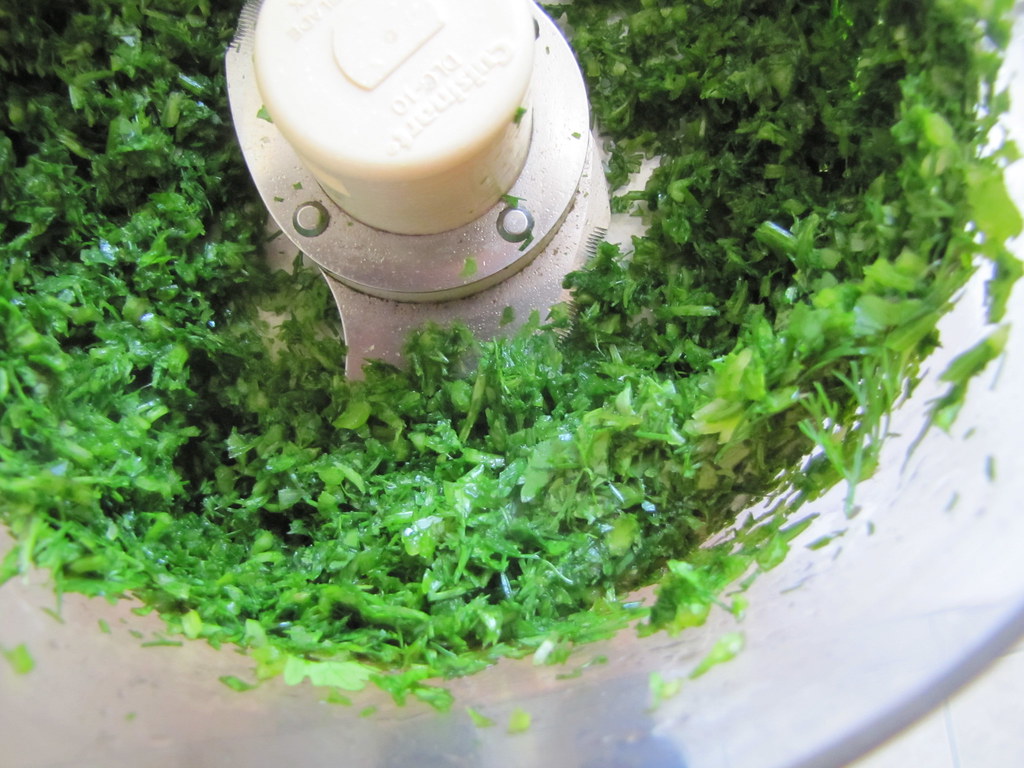 
This dish could work great with green beans, blanched and maybe chopped up, and in combination with other bean and/or pea varieties. I went with green peas for the bulk of the dish because they’re so sweet and springlike, and let the lima beans play backdrop for that earthy (almost potato-like), filling quality. Think chickpeas, fava beans or white beans as a good substitute for it. Finally, I didn’t get my peas or beans from my CSA or the farmers market — but straight from the freezer aisle of the nearest deli. I love frozen peas and can’t live without them in my freezer at all times. They’re a rare example of a vegetable that reheats well after being frozen. Though I don’t have as much history with them, lima beans (aka broad beans) are another legume that the same could be said for. When dried and reconstituted, lima beans have a dull pallor and much more mealy texture. But frozen ones tend to be younger, sweeter, and actually pale green, since they’re frozen fresh from the pod. And both of them cook much quicker than potatoes, with no peeling or chopping to boot. 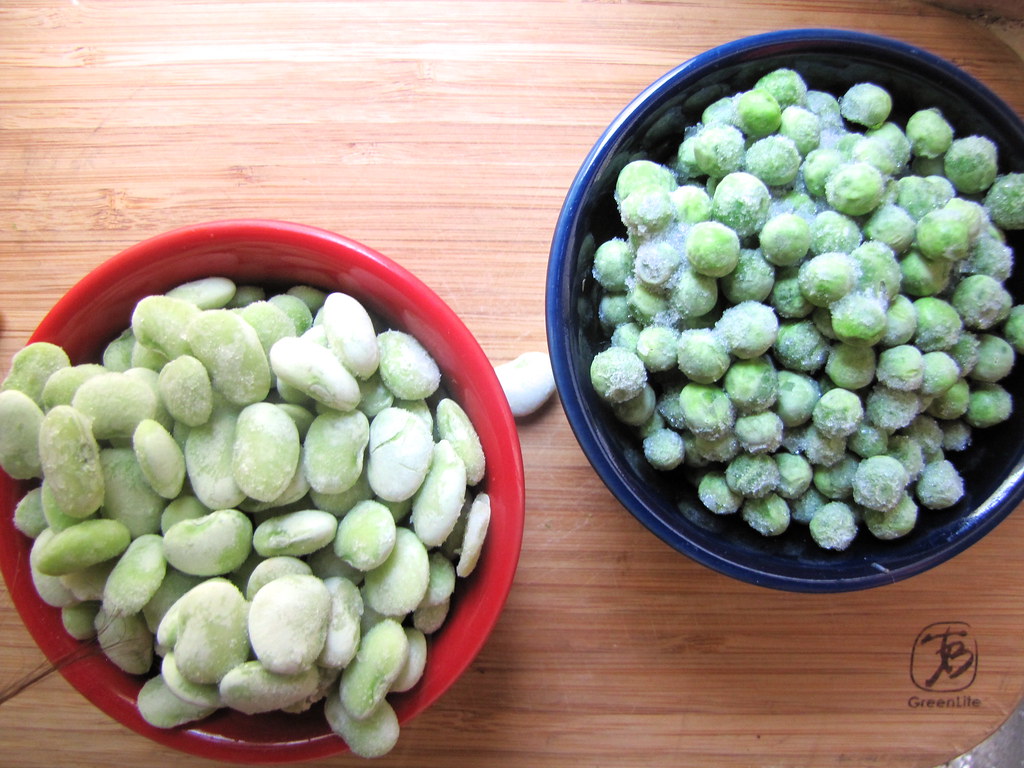 lima beans and peas, straight from the bodega’s freezer 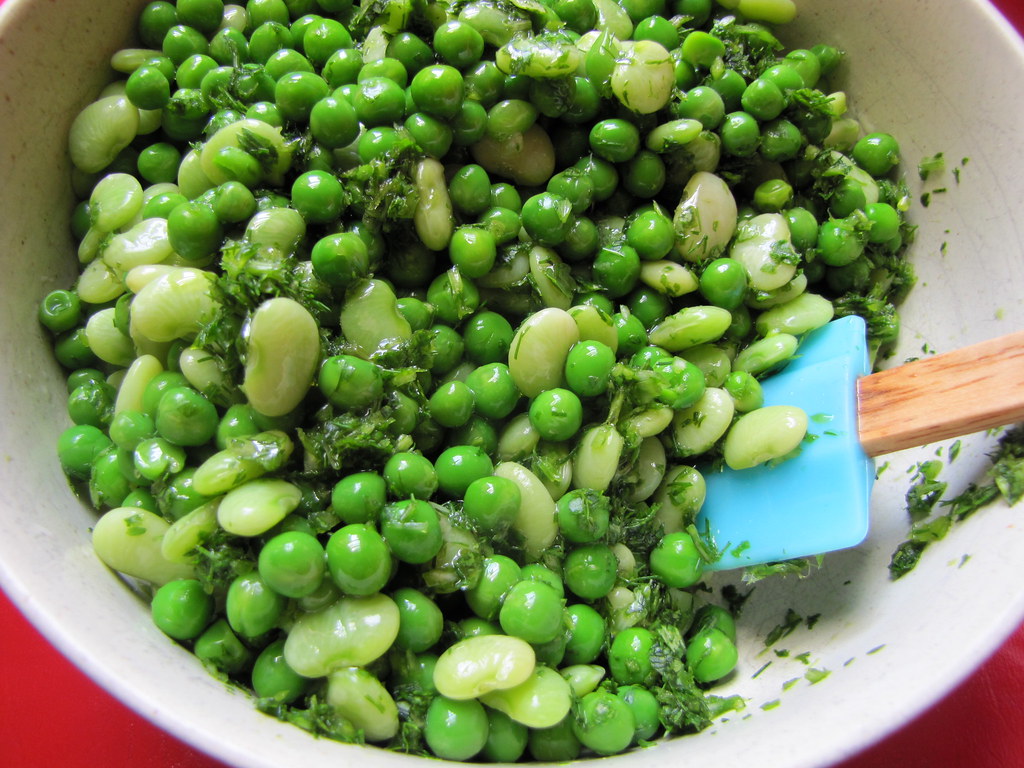 tossed and glossed with olive oil


That’s my long-winded story for a very simple side dish. Note that I went pretty heavy on the herbs — which you don’t have to — because I’d wanted to use them up. I’ve turned them into an almost pesto or chimichurri-like sauce. Of course, swap in mint, chives, parsley, or another leafy herb you’ve got for a different, but still refreshing, taste instead. Also, now that I think about it, you could even add those boiled potatoes, or pasta or cooked whole grains, to turn the side into a light and satisfying meal, too. Eat it with a crusty slice of bread? This isn’t much of a recipe after all. It’s more of a food-idea share. Can we just call it that?

Fill a medium saucepan and bring to a boil with a few generous pinches of salt. Drop in the lima beans and let cook 1 minute (because they’re bigger than the peas). Drop in the peas and cook, stirring to loosen everything up, for another 2 minutes. (Don’t overcook or your peas will get wrinkly and waterlogged, and the beans will fall apart!) Drain and run under cold water (or transfer to an ice bath) immediately. Let dry by shaking them in a colander every few minutes for at least 15-20.

Finely chop the herbs (or pile them into a food processor and gently pulse just a few times, stopping to scrape down the sides in between). Stir together all the ingredients, and season with salt and pepper to taste. Serve immediately or chill up to 2 days before serving.

Cost Calculator
(for 4-6 side servings)

Two brownie points: This side dish has exactly what you want, without too much starch. It’s a mean, green antithesis to potato salad, which we all know is really not so much. With all those fresh herbs chopped to infinite bits, you’ll be getting more than your lettuce’s share of vitamins and phytonutrients for its bulk. With the peas and lima beans, you’re also getting plant-based protein, as well as fiber and — gosh, lots of Vitamin A and manganese. What more could you ask for from a side?

Seven brownie points: They might not be fresh and in season locally (yet), but peas and lima beans are always plenty in the freezer aisle. And freezing fresh ones are a great way to store them once they are. Just as pure as it gets, they don’t come with the extra sodium or waste of canned produce. I’ve actually seen a few small farmers at the Greenmarket bring a freezer chest of their own, frozen from the last harvest. Fresh herbs, however, are growing abundant this time of year just about anywhere that’s gotten warm enough, and your backyard or windowsill can be one of those places right now, too.