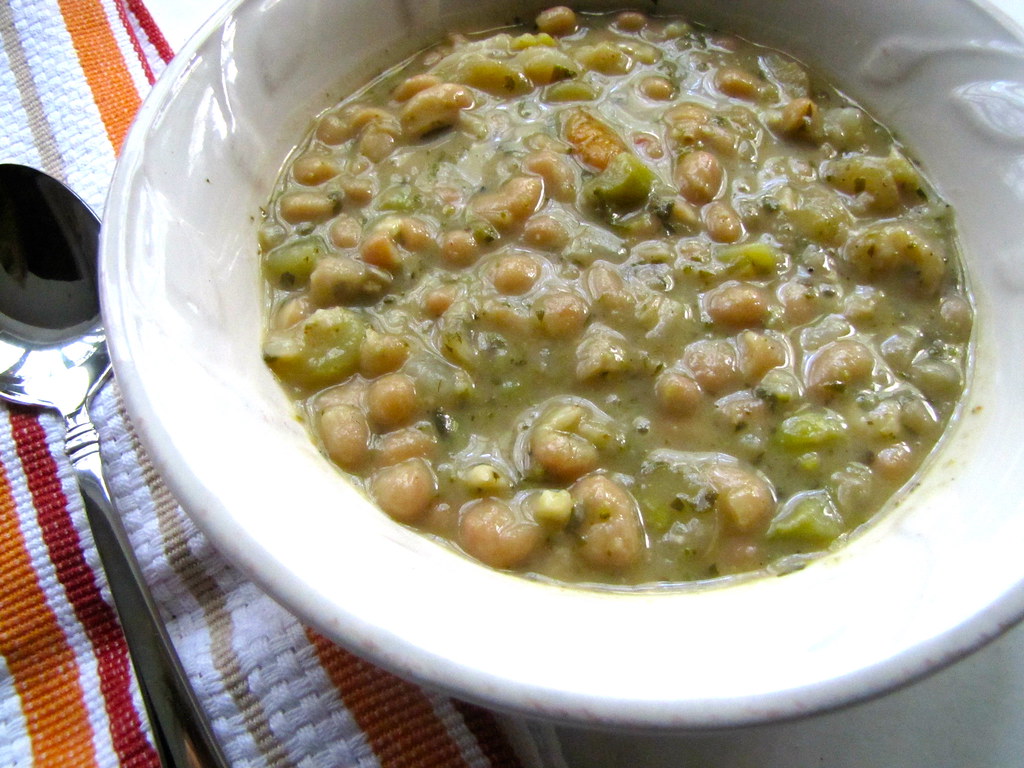 I’m much more of a bean than cream person when it comes to soups. But I think you can find a happy compromise by slow-cooking white beans until so tender they’re luxuriously creamy on their own. So rather than following the formula for cream of broccoli (or cream of fill-in-the-blank vegetable), you might sate your taste buds for the mild taste and velvety texture of much the same with this soup instead. I’ve gone and added some cauliflower along with broccoli here, since it’s fall and these brassicas are simply at their best.


There’s nothing but time that can render dry beans to this heavenly state — and deepen the flavors in the soup at the same time. After three hours of simmering, the vegetables had mellowed to soft sponges of practically uniform flavor, while the liquid had absorbed each of theirs in a perfectly harmonized broth. Along with broccoli and cauliflower these included onions and some carrots, particularly the pale, lemon sorbet-colored that had come in a multicolored bunch (so as to not alter the color of the soup so much). A lone half of a zucchini was chopped up and tossed in just for kicks, too, and I snipped off some of the good-looking leafy greens from the carrots to mince and nearly dissolve into the soup as well. They added wonderful flavor, but also speckles of green throughout. 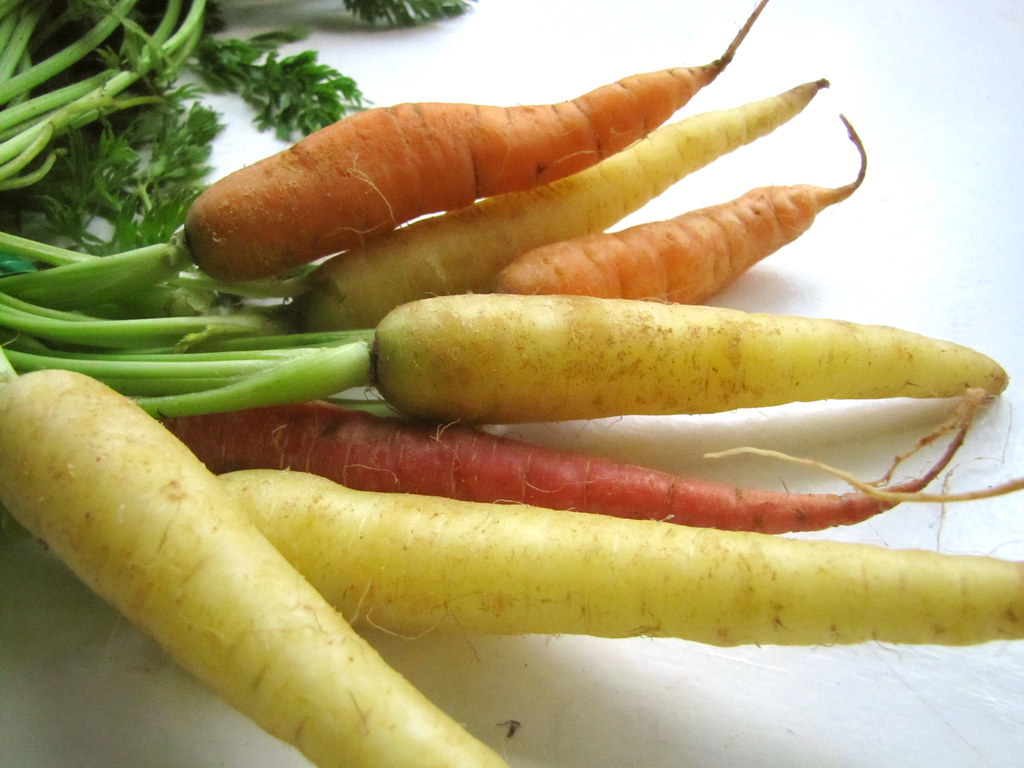 miniature, multi-colored carrots from the Greenmarket 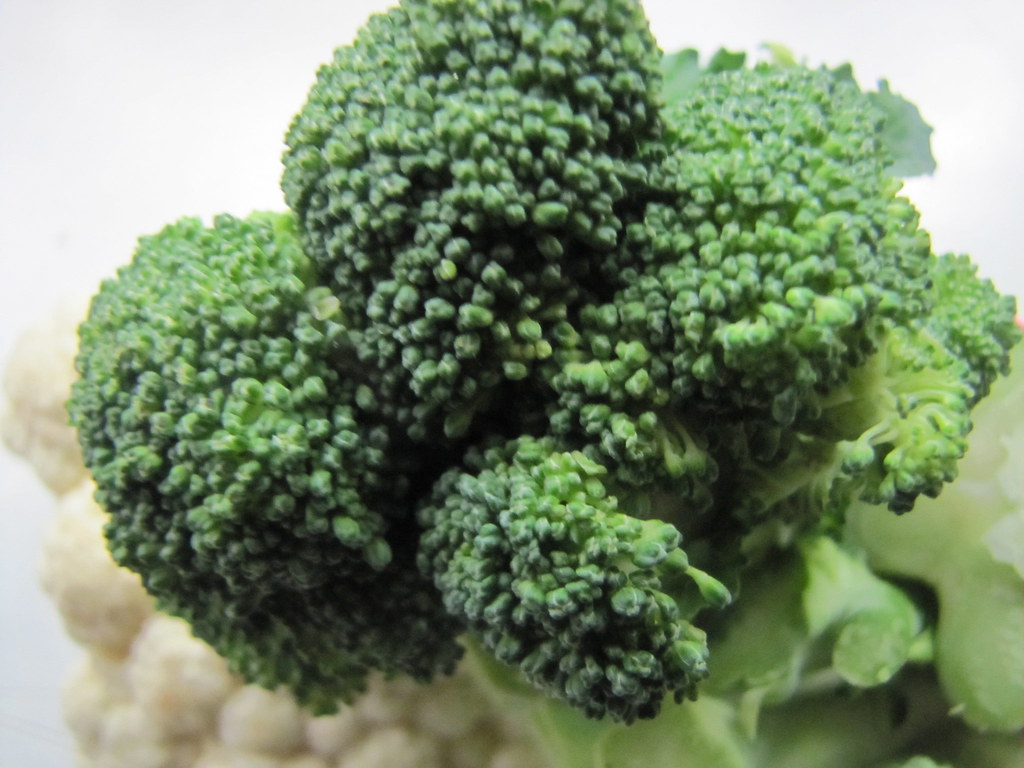 broccoli and cauliflower double up for a little more variety


I guess this soup isn’t really about just broccoli, in that case, but it is most certainly about the beans. I used an heirloom white bean variety called hutterite, whose creamy texture when cooked makes it an excellent choice for soups. There were no plasticky bits of skin in the end after soaking and stewing them, and their buttery flesh added viscosity to the broth as they melted in. Definitely try out these beans if you come across them — I did in two small groceries recently in New York, as they’re carried by Rancho Gordo, a great heirloom food distributor based in California. If you can’t get your hands on them, a similar-sized (which is to say, small) bean such as cannellini would work great here instead. 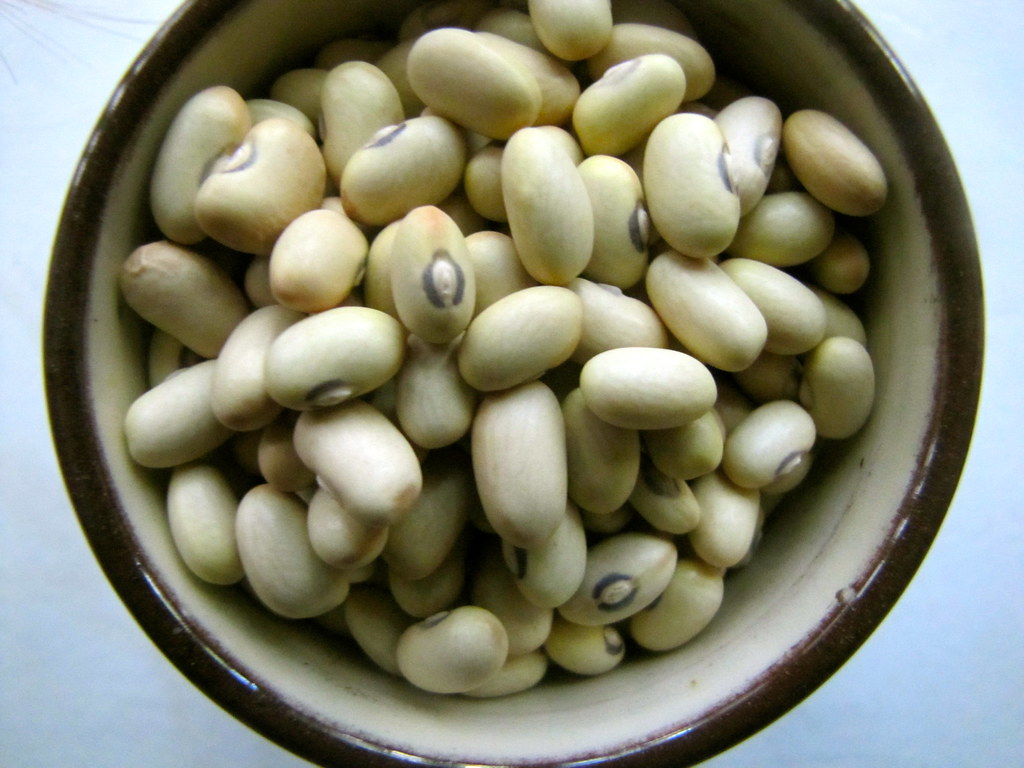 
Cold nights are in, soup’s on!

Drain the soaked beans. Fill with 3-4 cups water and bring to a boil. Reduce to a low simmer and cover to cook for 30 minutes to 1 hour (while you prepare the rest of the ingredients).

In another medium-large pot or Dutch oven, heat the olive oil and add the onions. Cook over low heat, stirring occasionally and seasoning with a pinch of salt and pepper, until onions are translucent, 6-8 minutes. Add the carrot, celery, carrot greens and garlic and cook another 2-3 minutes, stirring occasionally. Add the broccoli, cauliflower and optional zucchini along with the minced garlic and cook, stirring occasionally, for another minute. Add the simmering beans and all their liquids to the soup, along with the chicken or vegetable broth. Bring just to a boil, then reduce heat and let simmer, partially covered, for at least 1 hour (preferably 2 or 3). Season with salt, pepper, and the optional cayenne pepper to taste. About 30 minutes before serving, stir in the chopped fresh sage leaves. Can be kept refrigerated for up to 1 week.

Two brownie points: A surge of healthfulness, kind of like a green smoothie with protein powder, only it’s more soluble in your system because it’s a hot soup! This lean, bean-based soup is so hearty you won’t miss the fat calories of lots of heavy cream (and you can always add a pat of butter if you do), and it’ll boost your immune with lots of antioxidants from the veggies, particularly those Vitamin C-rich brassicas cauliflower and broccoli.

Eight brownie points: Making soup is really an excuse for me to use up lots of leftover odds and ends of vegetables, like that half-zucchini, and cauliflower (from grilling one night, along with the chicken that I salvaged the bones from to make the stock). Use the trick at your own discretion and you’ll probably come up with something that tastes amazing just by letting it all simmer together. The heirloom beans used here add some bonus points, because it’s wise to support producers that are growing these rare seeds for food today for biodiversity’s sake (and deliciousness’s).