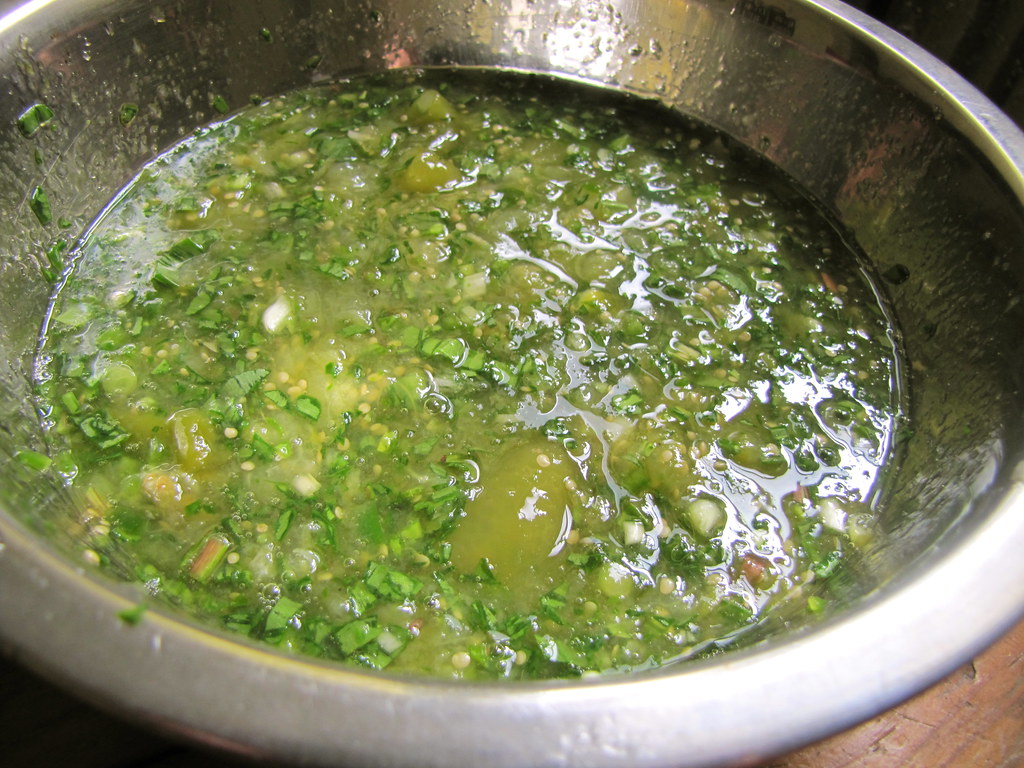 The best way to experience ramps — which are only available for a short window in early spring — is fresh and green as can possibly be. This wild onion, so beloved by foodies, might be the Mary Pickford of the allium family: soft and delicate, with just the right amount of zest and a graceful appearance. Like scallions and chives, you don’t really want to cook with these, lest they lose their especially springy character. I decided to bolster them with some tartness in a bright salsa verde, made with an as-yet non-local nor seasonal, ethnic-leaning ingredient, tomatillos.


It’s a contradictory ordeal, but this salsa verde with ramps was good enough for some hypocritism for the locavore. I’d already decided to put on a taco night for a staff dinner last week, and I just couldn’t muster up much an appetite for the mealy, pale pink tomatoes shipped from afar. At least tomatillos, which are roasted before being peeled and pureed into a salsa verde, weren’t so demanding as to their perfect state. Then, the bright-green chopped ramps would give it a fresh flavor that was seasonal, instead of cilantro. 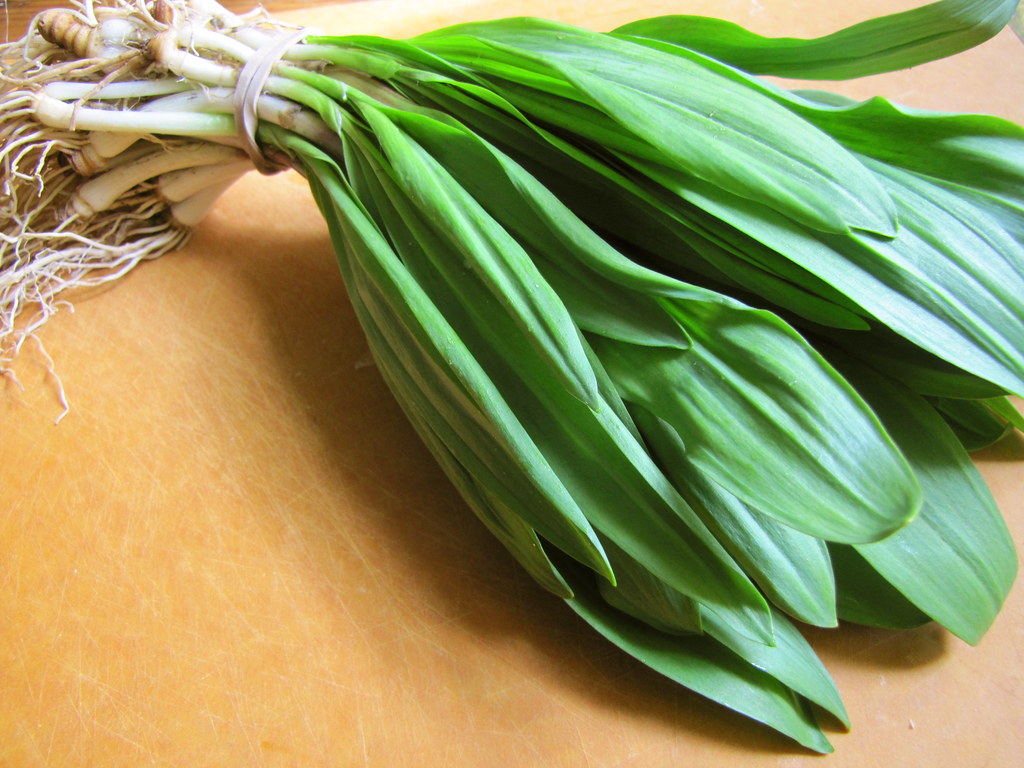 I’ve made salsa verde before during the tail end of summer harvest season, and it’s a lot easier than one might expect. The main ingredient is simply tomatillos, cooked until its skins are soft enough to peel off, supplemented by finely chopped jalapeno, onion and cilantro. You might add a few squeezes of fresh lime juices at the end, but tomatillos are naturally very tart on their own. 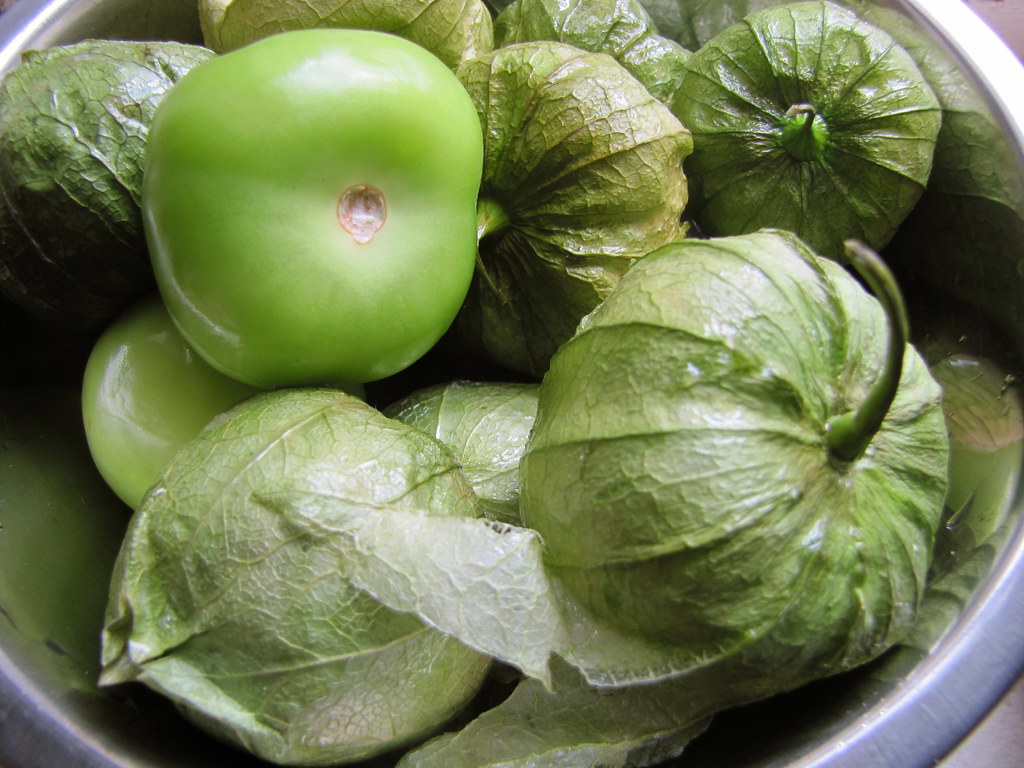 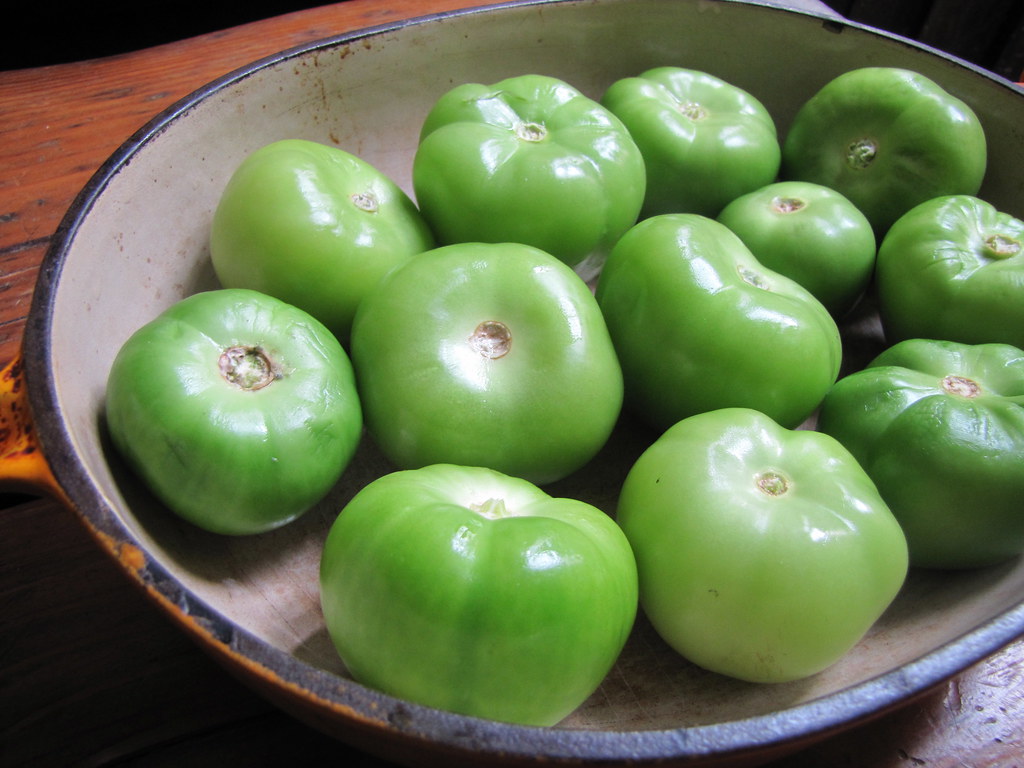 stripped of husks and ready for a quick roast

Peeling the thin skins from the roasted tomatillo’s flesh is about the most difficult part. From then on, you can simply mush them up a little more, perhaps with the help of a hand blender. I like a few chunks of tomatillo here and there, which provide a gelatinous texture.

Skipping the cilantro and onion, the ramps are chopped up finely from the slender, purplish bulb to the billowy shoots. I used quite a lot of ramps for this recipe — a whole bunch for a dozen tomatillos. To give the salsa a subtle, bright kick one large jalapeno was seeded and chopped up finely to incorporate. 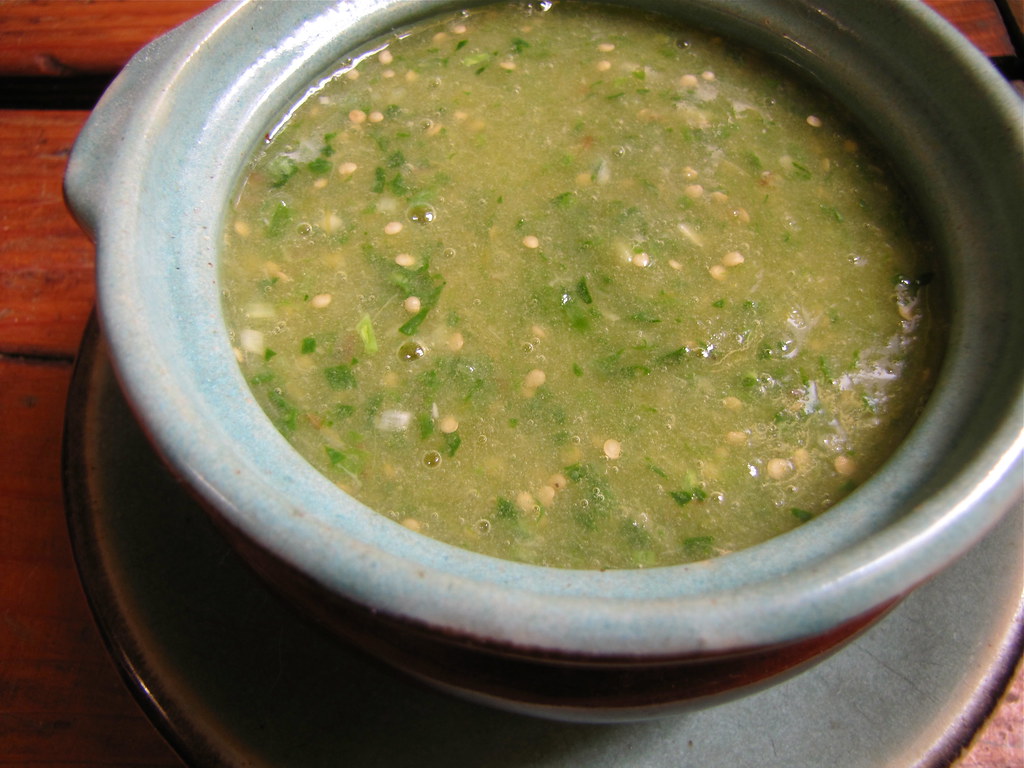 the finished salsa verde, with a note of spring

Kept covered and refrigerated for one night, the salsa was better the next day, once its flavors had mingled but retained their vibrancy. It was poured into small bowls for dipping tortilla chips into. Many around the table noted the interesting taste in this salsa verde, but couldn’t quite put their finger on it. It was an unexpected note of spring, for an essential summer salsa. Try it while there’s still time.

Preheat oven to 425 degrees. Place tomatillos on a sheet pan and roast for about 10 minutes, until softened and just browned in patches. Let cool completely. Scrape away the thin peels and stem bases, making sure to retain as much flesh against the peels as possible (it’s okay if some peel gets into your salsa). Place all flesh and seeds in a bowl.

Trim roots from the ramps (if present). Finely chop the ramps from bulb to shoot. Transfer to the tomatillos and add the jalapeno and salt and pepper to taste. Add lime juice to taste. Cover and chill at least 6 hours before serving to allow flavors to meld, preferably.

Three brownie points: Salsa verde makes a very healthy way to complement a greasy chip. Especially when it’s made with lots of fresh ramps — their rich, green color betrays their plentiful Vitamin K. Just like any good leafy green, it’s also a good source of Vitamin C and Vitamin A, especially when eaten fresh. Tomatillos, a staple of Mexican cuisine, are another source of Vitamin C, and thanks to no added oils or sugars, and minimal salt, this is a very pure and heart-friendly condiment.

Four maple leaves: If only ramps and tomatillos were in season at the same time on the East Coast! While the ramps were foraged from the grounds at Mountain Sweet Berry Farm in Upstate New York, to be picked up at the Union Square Greenmarket, the tomatillos were found in my local deli, which stocks lots of Latin American specialties year-round (like the lime also used here). However, growing tomatillos is just as easy as tomatoes, so get your seeds planted to harvest them later in the summer now!