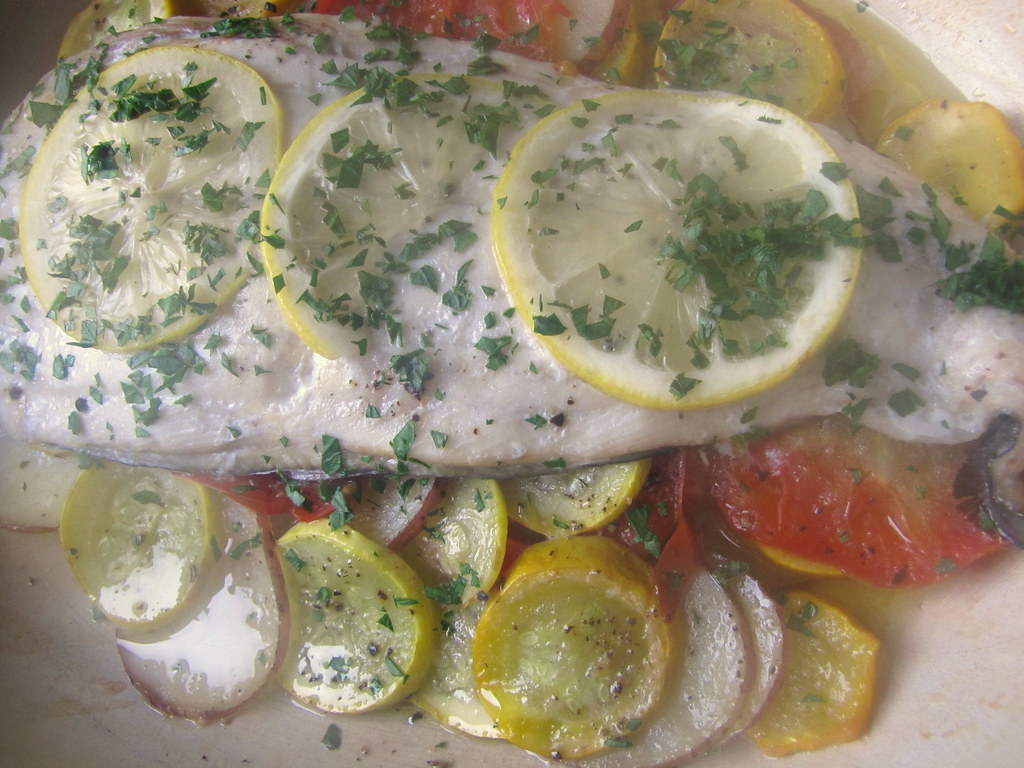 Do you like seafood? Goes the childhood tease. Yes, and you “see” an open mouthful of chewed-up food. I hope you like seafood, but I’m not going to show you that. I had meant to show you a whole fish here, a nice, fat, single person-portion sardine. Sardines are the poorman’s seafood, and I thought that was very “me.” They have a fragile little pane of bones that you have to pick around, hence them being more work to eat. They have a fuller fishy flavor, and they’re healthy, yet cheap. Well, Spanish Mackerel isn’t so far in kin.

I don’t know where to get such sardines yet, but when stopping at the Pura Vida Fisheries stand at Union Square Greenmarket, I came across this. I’d asked for bluefish, and the friendly fishmonger warned me about a well-known con: “These aren’t really your beginner fish, if you’re not that into seafood. They’re good but they can be a little fishy.” He went on to recommend the Spanish Mackerel, which had a similar (low) pricetag and was milder tasting, and high in vitamins like omega-3 fatty acids. I was sold. After all, I’ve had my share of bluefish after the smoked bluefish-on-a-bagel-chip incident last Sunday. (My bag reeked of fish for a couple days.) 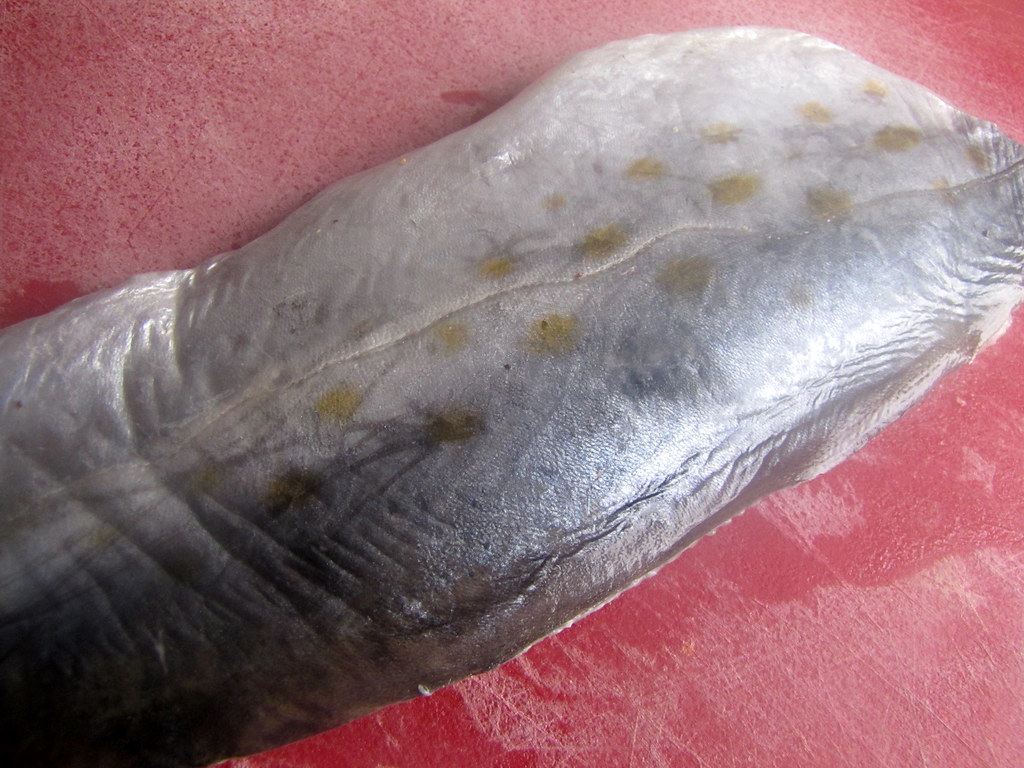 They didn’t have these fish whole, but judging from the fillet, one would have been too large for just me. I chose a meaty fillet with its skin on (which is perfectly edible, and tasty, I was told), for $4.50. Once home, I got to work on the one-pot meal. 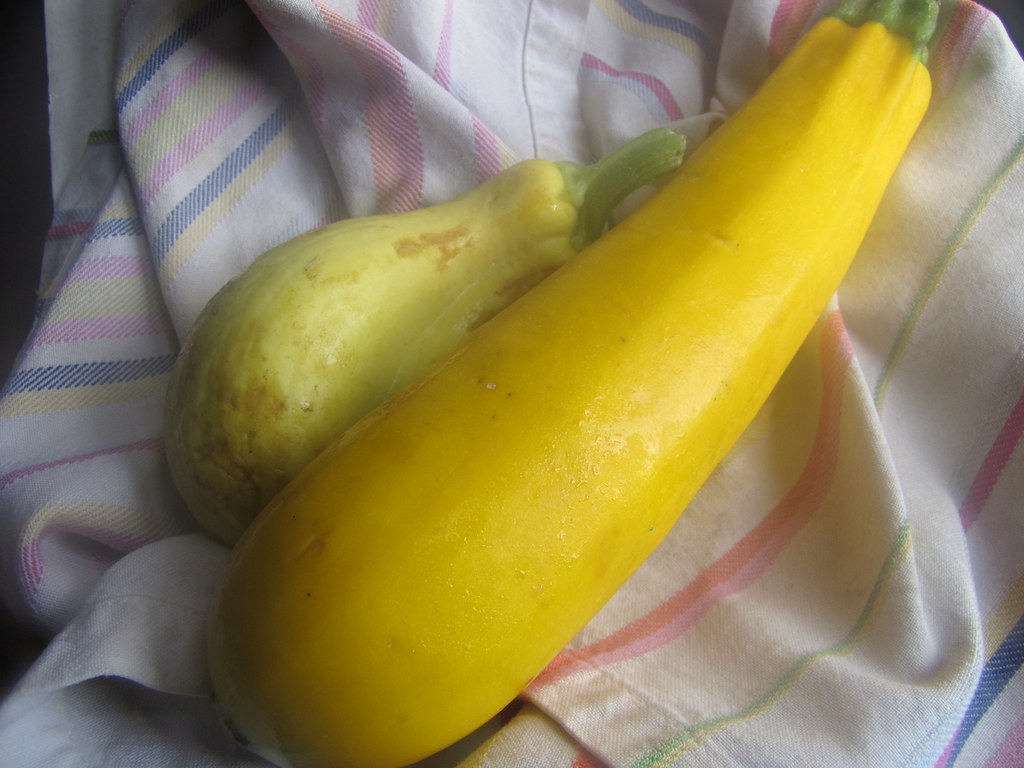 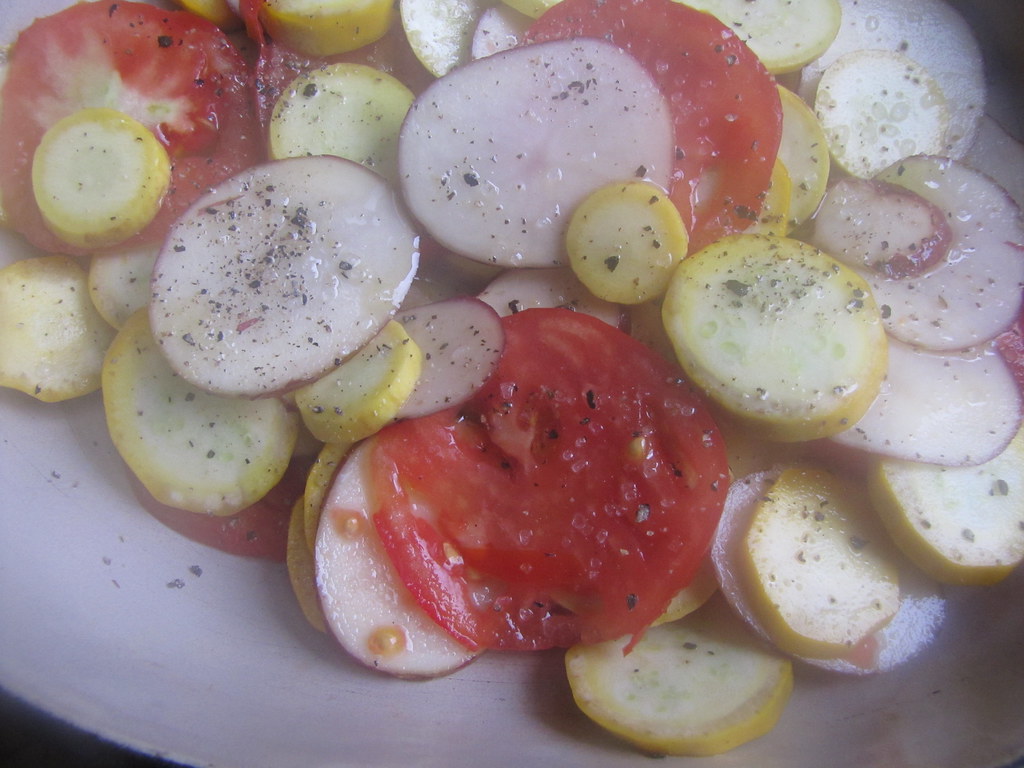 But it was probably the least amount of work for the deliciousness of the return. Why do we so often fry fish? For those who do not like handling their meat or seafood very much before it’s cooked (and I suspect there are many who don’t), popping it in the oven in a covered casserole and not seeing it until it’s done is a good option. This method was actually more like steaming, the vegetables inside the pot released their juices as they cooked (and absorbed all the flavor). I prefer this to roasting or broiling, because it keeps moisture in, and the resulting fish is so juicy and tender. We always steamed fish in my household growing up, my mom being Chinese. In that situation, flavor is mostly added after the fish has been cooked, with fresh ginger, scallions and soy sauce. Here, it all cooks together — the slivers of raw potatoes and squash, tomatoes and lemon for more moisture and flavor, and really good olive oil — and there’s no steamer or frying pan to clean up afterward. 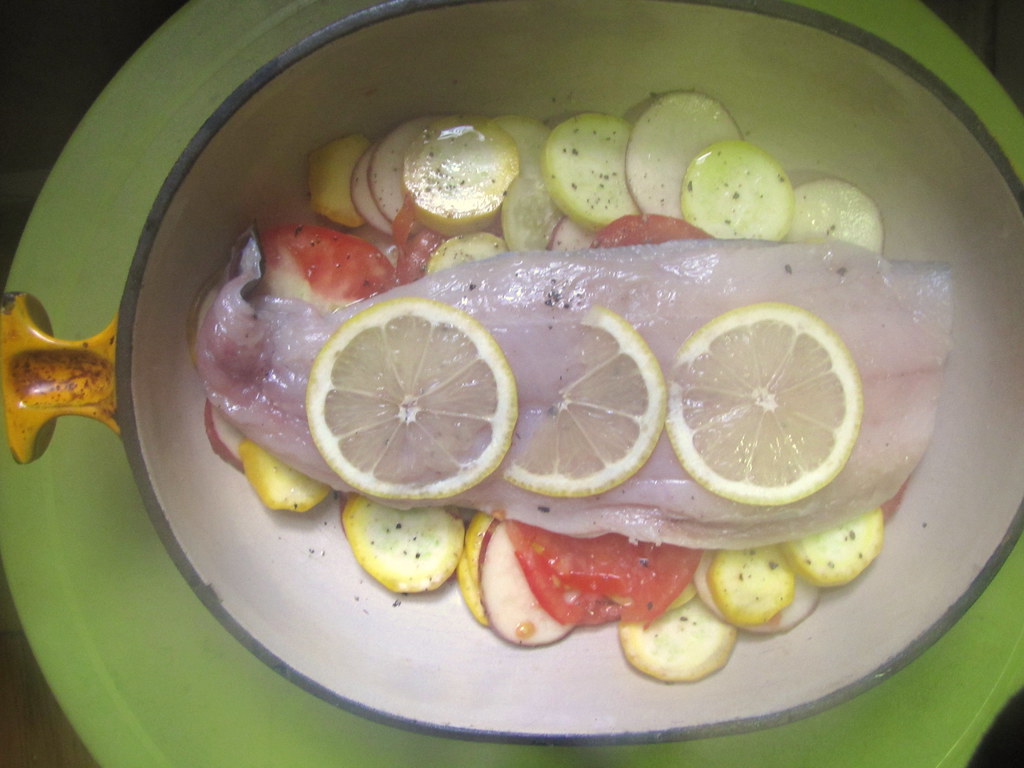 How long does your fillet need to cook is a tricky question, since they have differing thicknesses and shapes. One poke with a fork should tell you if it’s done or not; the flesh should flake and be opaque. My just under half-pound fillet of Mackerel took 25 minutes to cook perfectly. To soften the potatoes for this length of time, you’ll want to slice them extra-thin, almost as thin as a (thick-cut) potato chip. The squash can be thicker disks. The tomato that I added as a last-minute thought was actually not necessary to seep enough moisture, since the squash is so juicy. But if you have an extra-ripe one on hand (as I did) it’s a delicious addition. 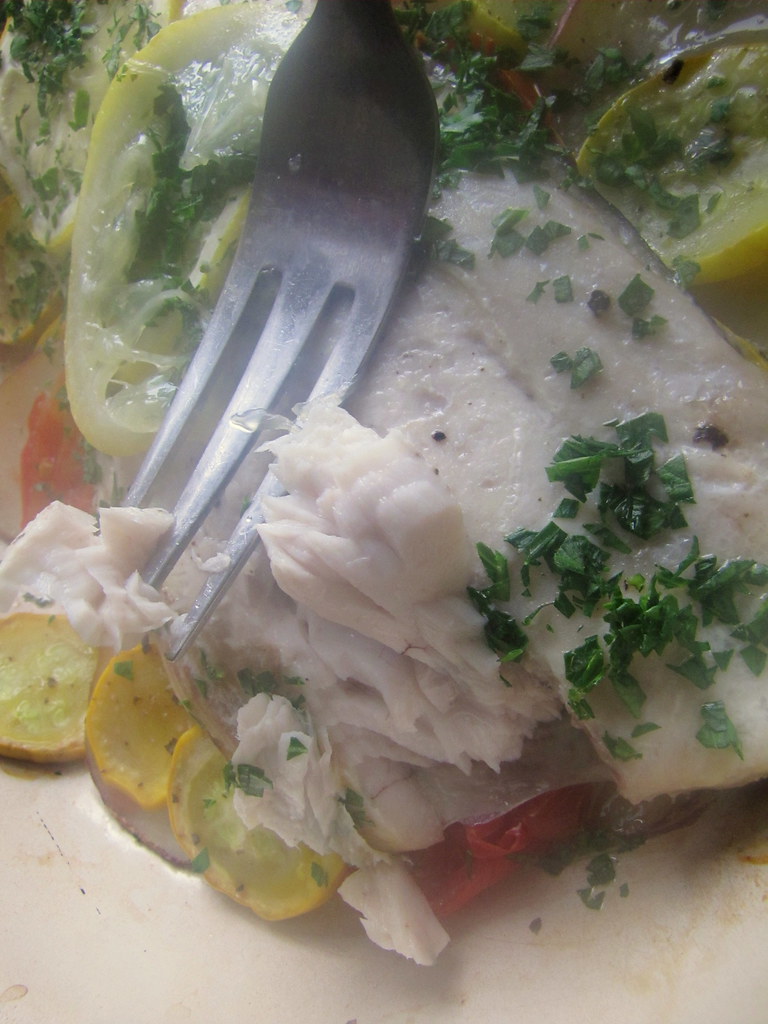 tender is the bite

It turns out that while Spanish Mackerel is as delicious as the seamonger promised, or rather, delicate in taste and texture, and it’s definitely worth its weight in gold when it comes to omega-3’s, it’s not the most mercury-free of fish species these days. I had an idea that Mackerel were a fairly environmentally-friendly fish, rated one of the “Best-Choice” fish on Seafood Watch. But Spanish Mackerel has higher levels of contaminants than other types, like Atlantic Mackerel. Just goes to show how difficult it is to know everything with seafood. Behind the surface, there’s a lot you don’t “see.”

Preheat oven to 375 degrees. Combine the potatoes, squash, tomato slices, olive oil and a good pinch of salt and pepper in a small covered casserole that will fit the fish. Season the fish on both sides with salt and pepper and place on top of the vegetables. Place the lemon slices on top. Cover and roast for about 25 minutes. Garnish with optional parsley and serve immediately.

Five brownie points: This is an unusual situation, because there’s a lot of good and some bad going on. As mentioned, the mercury contamination in Spanish Mackerel is nothing to sneeze at; these fish are recommended for eating only twice a month because of it. But the need for more omega vitamins in our average diet is not to be overlooked, either, which seafood is so rich with. Then, the healthful drizzle of one tablespoon of olive oil makes this preparation a low-fat star compared to frying, and yellow squash is an incredible source of fiber, Vitamin C, Vitamin A and many other nutrients, which — who could have guessed it? — happen to include omega 3 fatty acids.

Seven brownie points: Except for the lemon and olive oil, this is a local meal. Pura Vida Fisheries, one of the NYC Greenmarket’s seafood vendors, catches fish wild from the Hampton Bays.