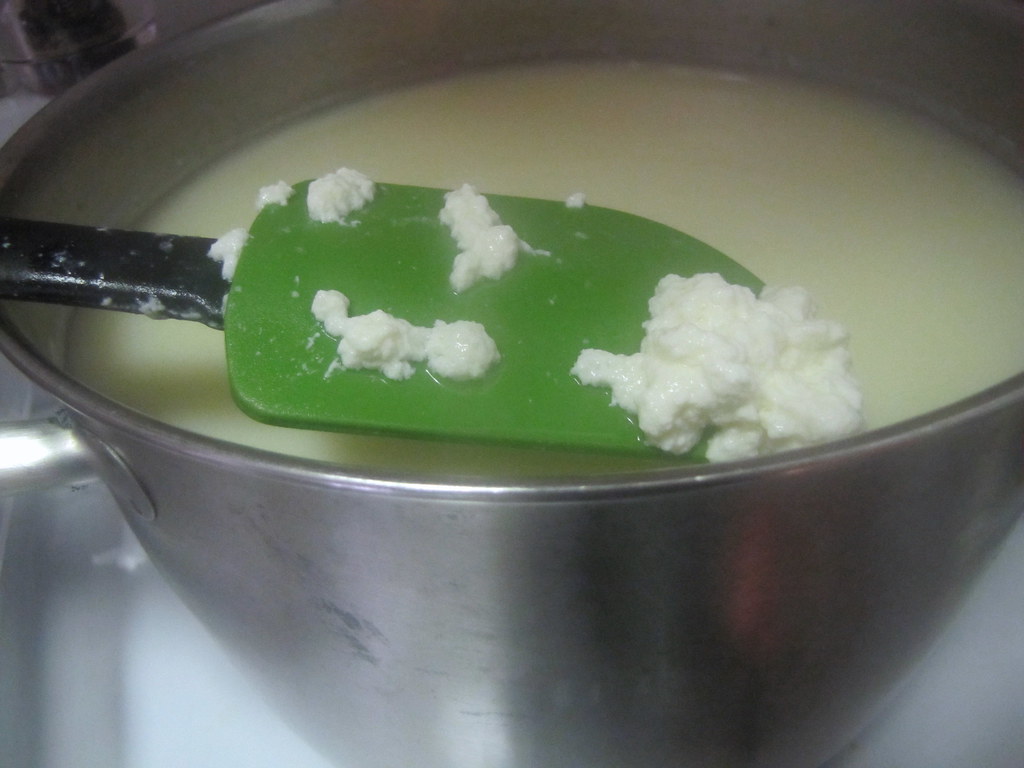 “I’m not really a cheese person,” I told Nick Suarez a month or so ago, when he mentioned that the next Brooklyn Food Experiment would be based on cheese. That might be a problem, we nodded. And it’s been my lifelong Achilles’ heel as a foodie. Pungent blue cheese makes my face contort as I strain to complete the task of getting it down. Fluid, stinky cheese like Camembert can stay out of my range. I’ll blame it on my Asian side, but cheese can be more work than fun for me. How unlikely, then, that I managed to make a batch of homemade cheese for the event that was not only more creamy and delicious than any ricotta I’ve bought, but very little work and actually fun to create from scratch? And it’s no surprise that Nick and Theo’s Brooklyn Cheese Experiment itself was a blast.

After weeks of fretting over what to make — if I should even enter my sorry, cheese-underappreciating self in the event at all — and it was all over within a whirlwind few hours at the Bell House on Sunday. In that time, nearly twenty contestants served up their own cheese “experiments.” Not everyone made the curds themselves, but each contestant made something with cheese in it, and of the many entries I got to taste, they were pretty outstanding in my opinion. Except for one, which was a little heavy on the blue cheese. (Just kidding. No, not really. Yes, Karol and Dave, I’m talking about yours.) 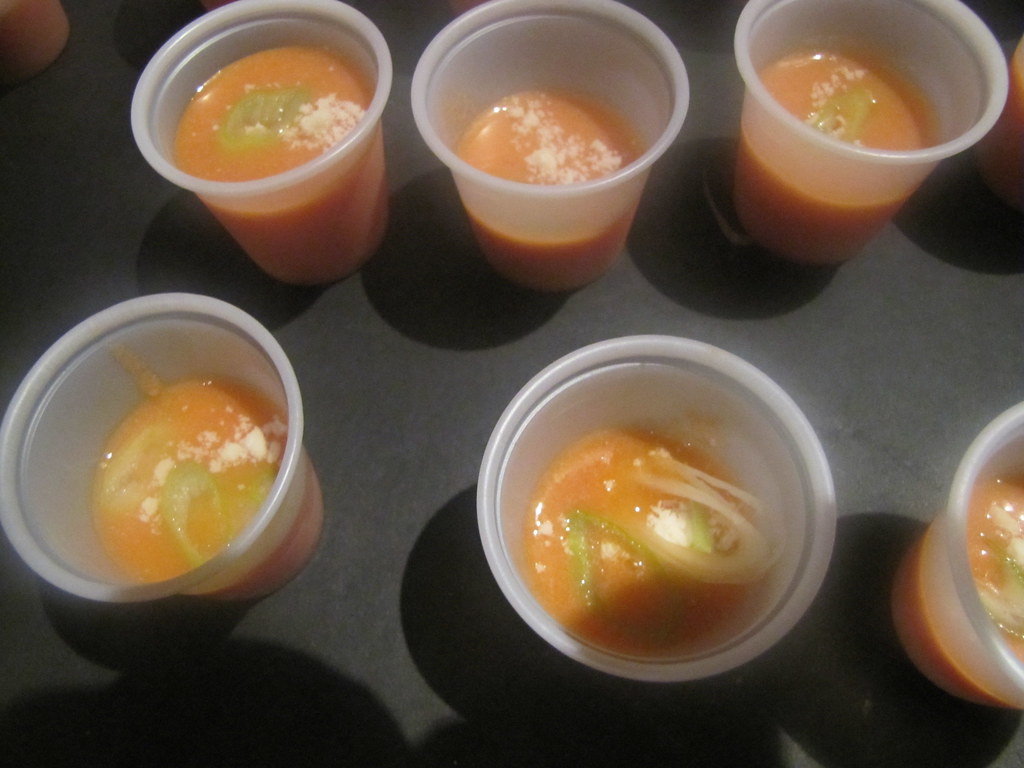 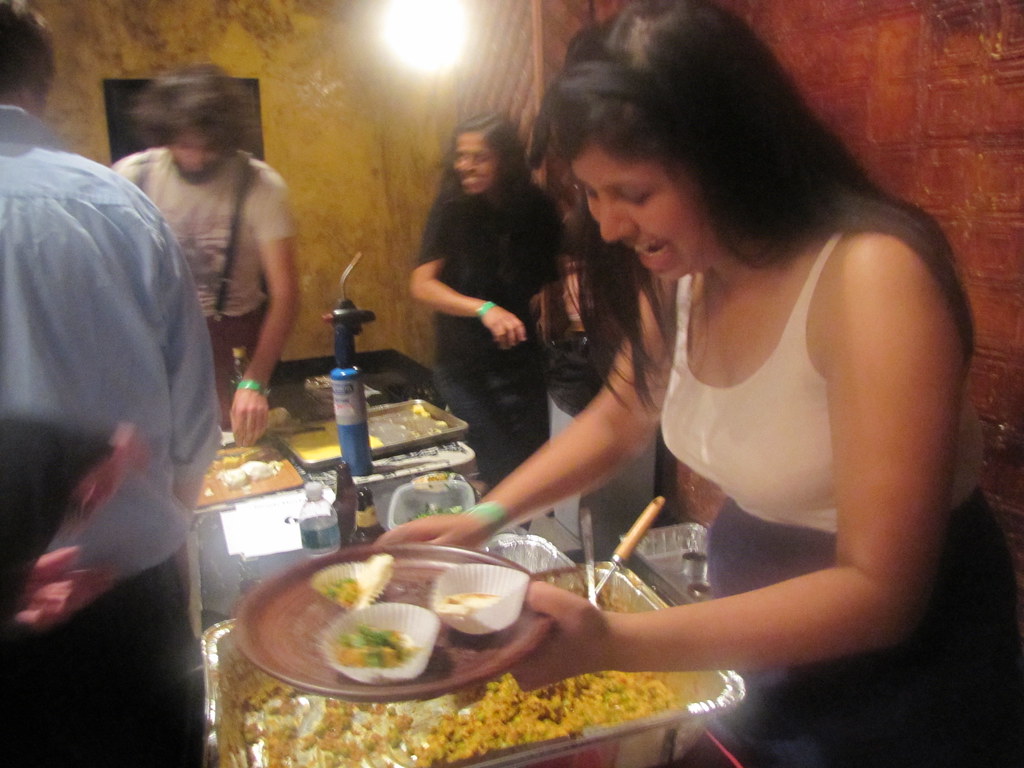 an entry with homemade paneer 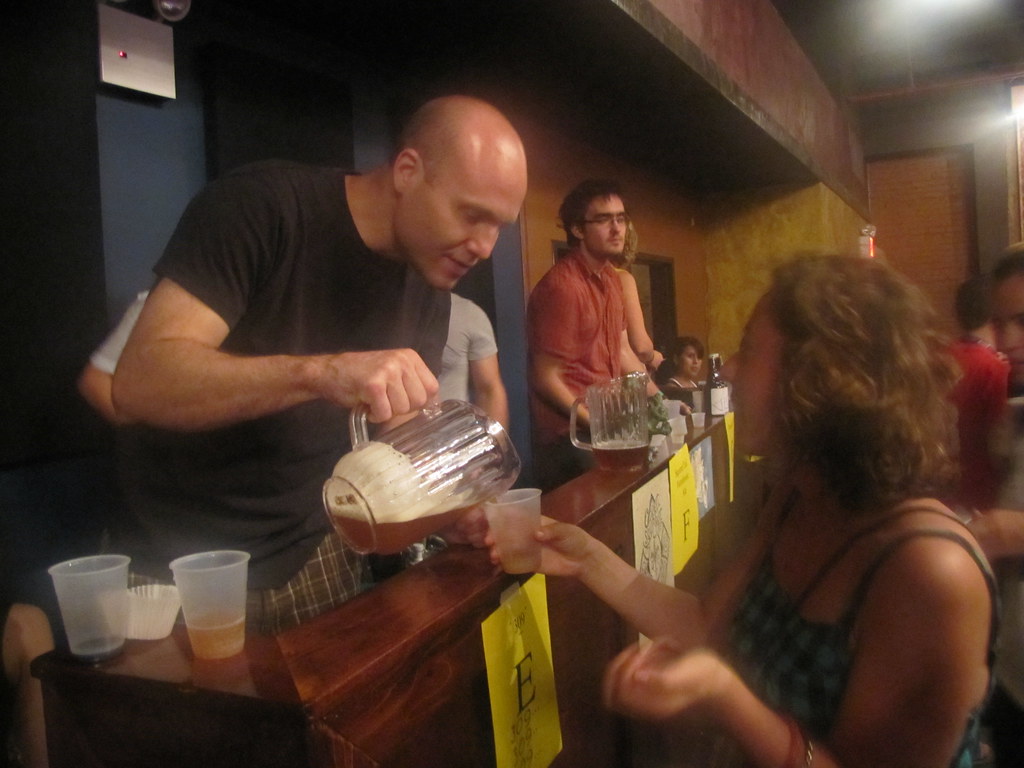 
But food was only half of the event; the other side of the room was lined with folks pouring their homebrews. These were good, too, especially once the frenzy of the serving session was through. Winners for both audience and judges’ votes were announced for both the homebrews and the food entries, and a full list of them follows. My first-time cheesemaking effort was not to be one of them, nor were a host of entries from friends and fellow competitors, like the bloggers of The Young & Hungry, who posted a recap, too. But the experience was well worth it to me: I’ll never buy ricotta again.

Because ricotta is so light and neutral-tasting, I thought it best to begin with the best milk. So I picked up two gallons from Milk Thistle, a small upstate dairy farm that sells at Union Square Greenmarket on Friday and Saturday. Their whole milk is so creamy the fat stops up the bottle’s mouth. I browsed online recipes for homemade ricotta suggestions and eventually leaned on this one from Epicurious, which uses lemon juice to curdle the heated milk instead of vinegar. Because my entry would involve seafood, I thought the subtle citrus flavor would complement. 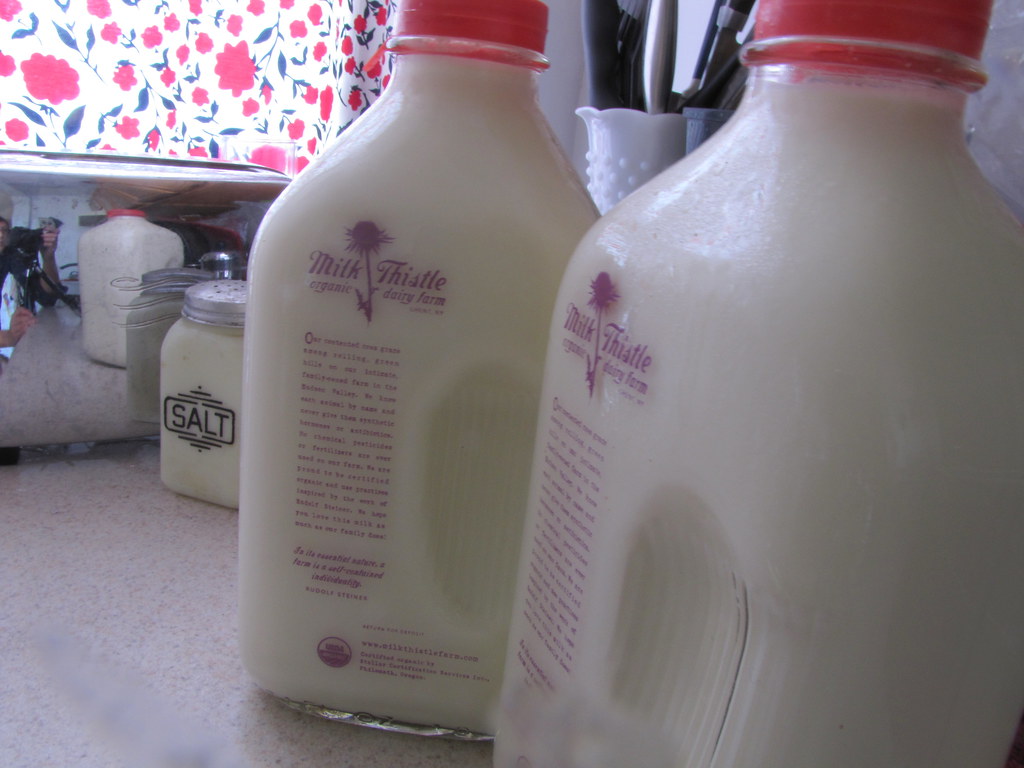 My entry was a twist on the classic bagel with lox and cream cheese. The bite-sized portions would be layered on crisp bagel chips (made from day-old bagels from Murray’s), and instead of a schmear of heavily processed cream cheese (which I never did like), I gave my homemade ricotta curds a blend in the food processor until it was smooth and just as thick. Instead of smoked salmon, a sliver of smoked bluefish from Blue Moon Fish (which sells at the Grand Army Plaza Greenmarket Saturdays), was placed on top, followed by a garnish of scallion and lemon zest. I did not grab a picture of this pile ‘o cheesy goodness, as I was too busy composing bite after bite until all the bagel chips were out. 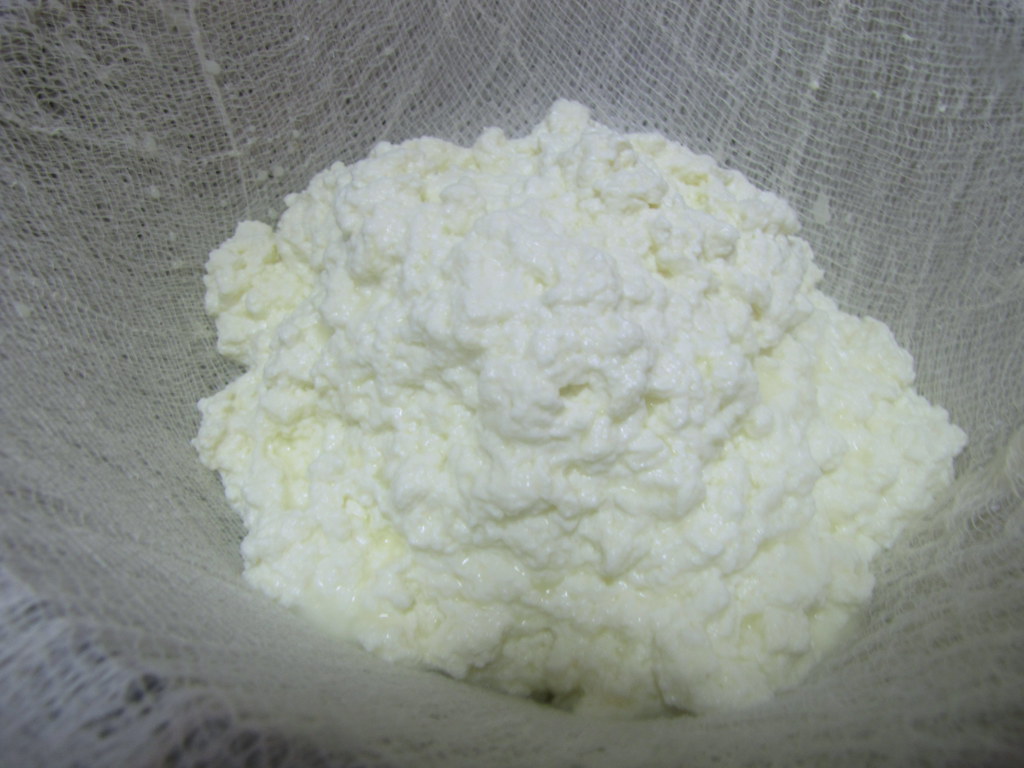 ricotta curds are strained in cheesecloth

The reason I went with smoked bluefish was to get better acquainted with an underappreciated fish. Folks who say they don’t like bluefish, which has a distinct “fishy” taste, may change their minds when they try it smoked. It’s an intensely flavored substitute for the salmon, which can often taste bland unless you get really high-quality stuff. Plus, salmon is often unsustainably farmed, or exceedingly pricey if it’s the wild-caught Alaskan type (the only seas where it’s not yet overfished). On the other hand, bluefish is wild and plentiful, more healthy (it’s not as fatty as salmon), and much cheaper, too. This smoked Long Island wild-caught bluefish from the celebrated Greenmarket fishmonger was just $6.99 per pound.

So there’s your recipe for the “(Not Eating Out in) New York Bagel,” as I called it, and other types of fish might be fun to explore with it as well (herring? sardines?). I have enough leftover ricotta in the aftermath that I’ll probably be posting something else made with it soon. In the meantime, one of the actual winners from the Brooklyn Cheese Experiment has shared her recipe, and it’s sure to win over your crowd, too. First, here’s the rundown of everyone would won: 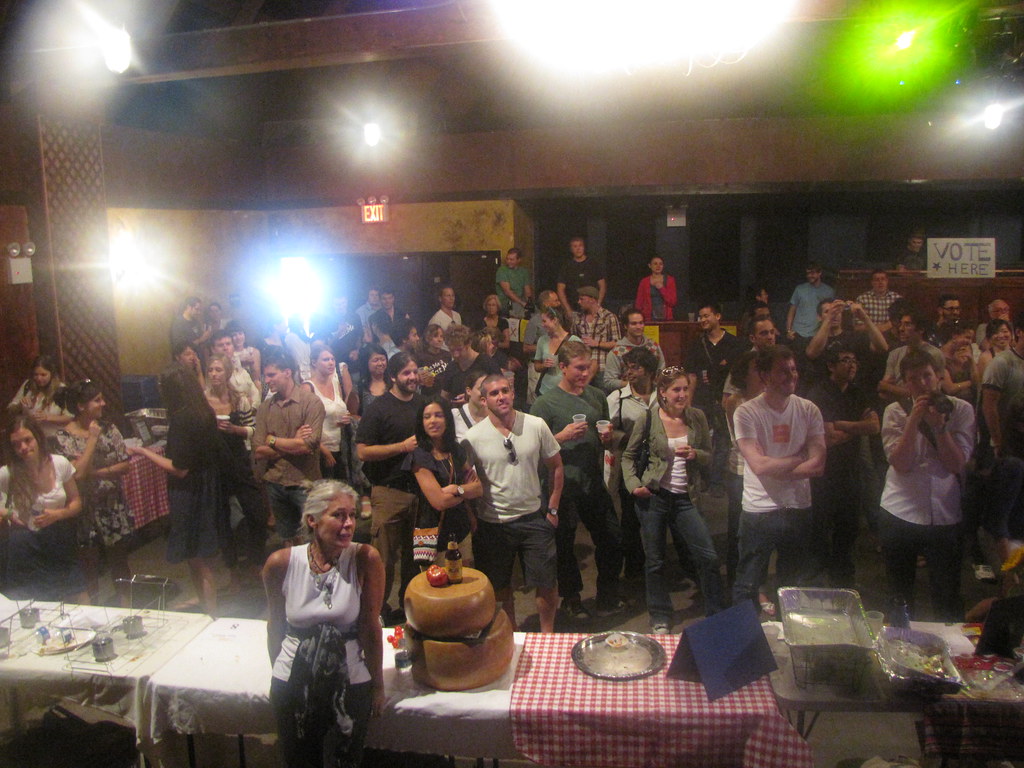 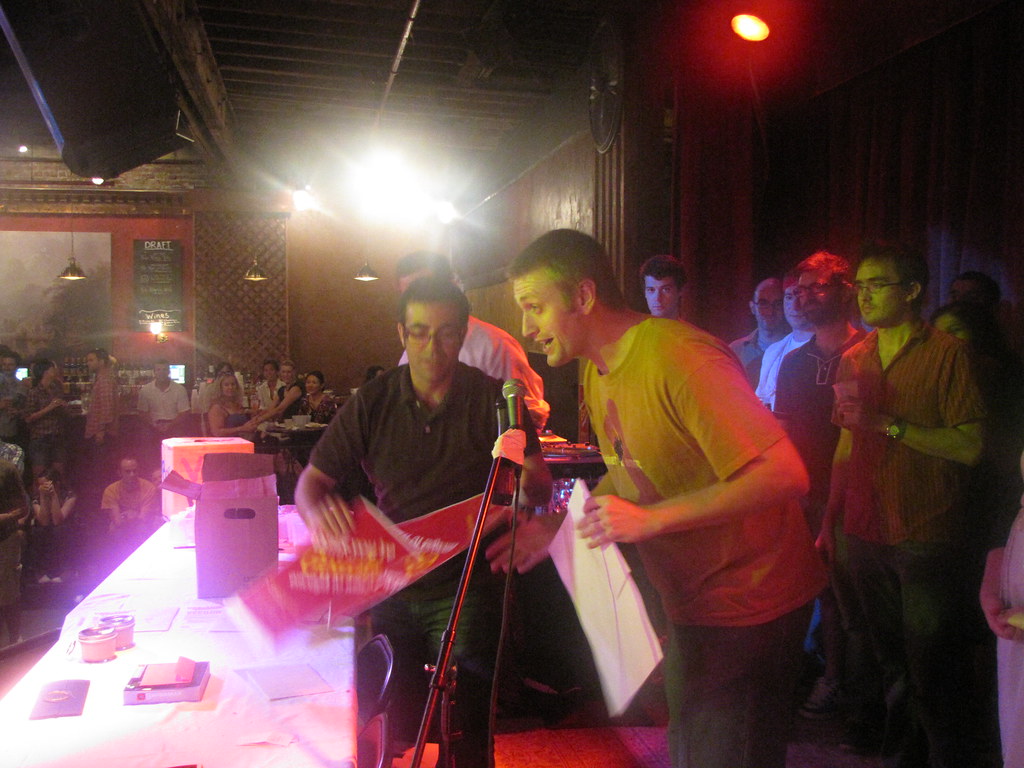 Joshua Knowlton addresses the crowd after crushing the beer competition 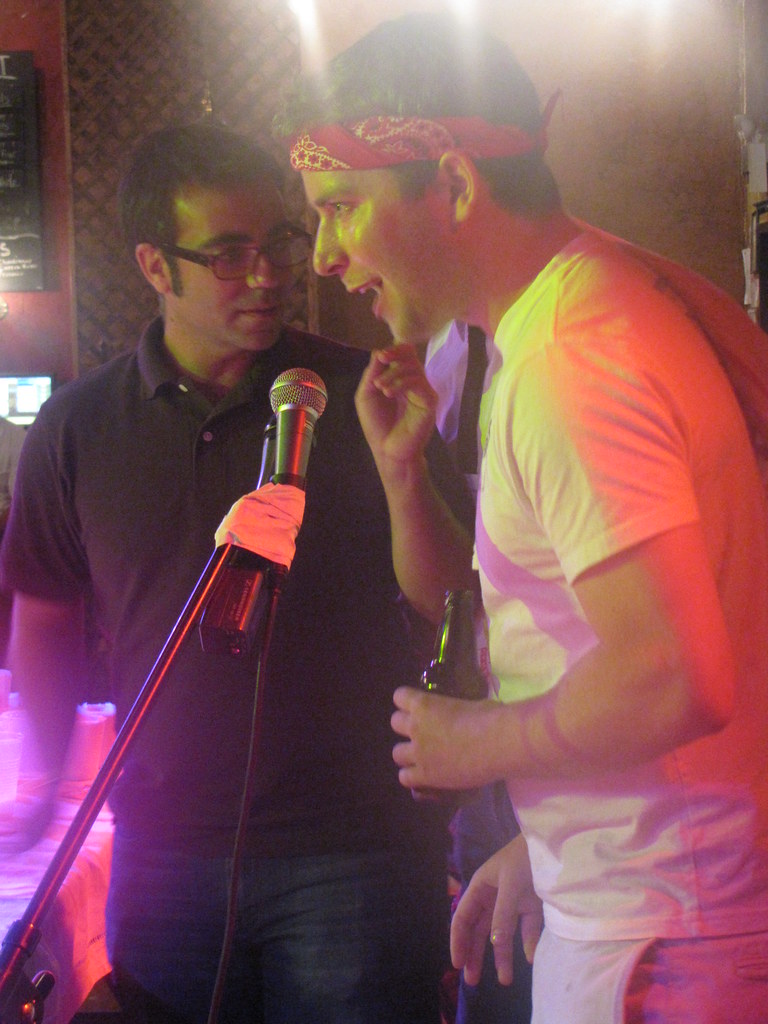 So there was quite a decisive victory for the Propeller Pale Ale that day, and I hope that Joshua celebrated plenty. The food awards, however, were more mixed up, with the exception of one. It’s the lovely Bonnie Suarez, the only double-category winner amongst the chefs, and she’s shared part of her winning recipe with us below. Bonnie is a second-time Food Experiment winner (her beer-soaked chicken salad canape took an award at the Beer Experiment). She also happens to be co-host Nick Suarez’s mother. Food competition fanaticism must run in the family. 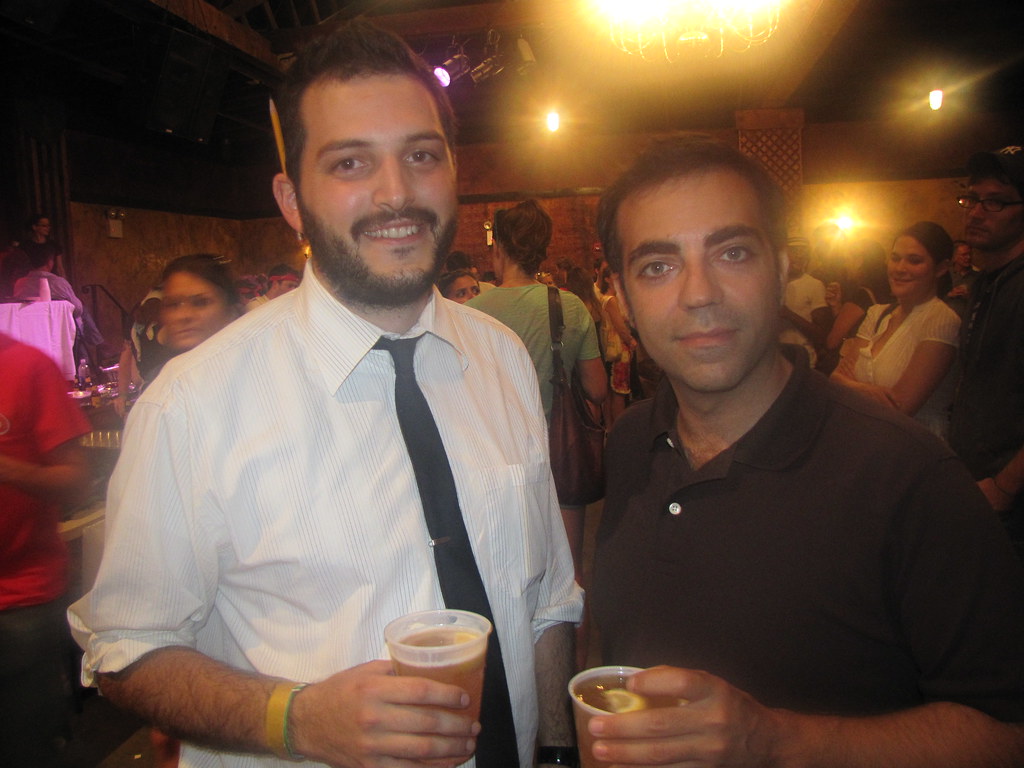 See you at the next cook-off!

Preheat oven to 325 degrees. Combine sifted flour with baking powder. In the bowl of an electric mixer with a paddle attachment, soften the butter and all three of the cheeses together. Add the hot sauce, cayenne, and flour and mix well until dough leaves the sides of the bowl to form a ball.

Place dough in a cookie press (with any shape disk you like) or a pastry bag with a round tip and pipe out onto baking sheets immediately, or shape dough into logs (and refrigerate until firm) and cut into 1/8 inch discs. Place directly onto ungreased cookie sheets and bake for approximately 12 minutes or until lightly golden in color. Cool on wire racks.

*Bonnie used a “log” method in the competition
**You may make cheddar crackers by simply substituting 15 oz. of grated sharp cheddar for the three Italian cheeses.