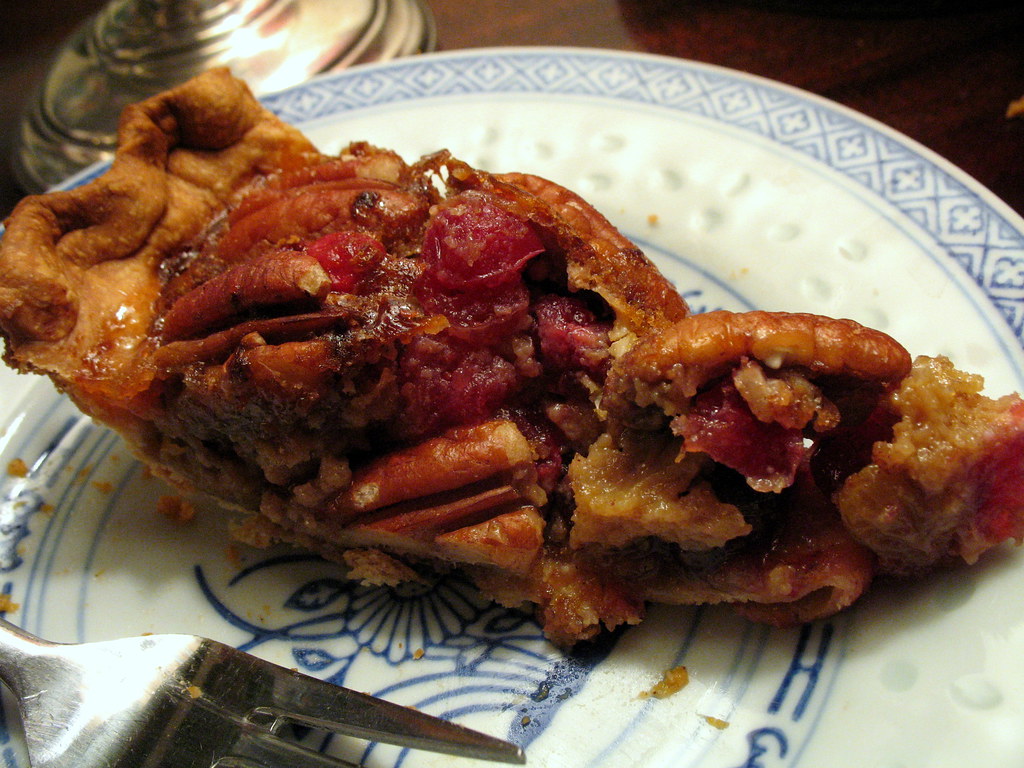 Wednesday, November 26, 9:00 am: Cathy triple-bags a thirteen and a half pound free-range turkey pre-ordered from DiPaolo Farms via the Greenmarket and tucks it into a camper’s backpack. Heads off to the subway, gets off at Midtown. Explains something to startled co-worker as she takes turkey out of backpack, and stuffs it into office refrigerator. Tradition raises eyebrow.

3:15 pm: Cathy hoists turkey-stuffed backpack onto her back and trudges through the thickly crowded ten blocks to Penn Station, just in time to catch the utterly cramped 3:27 NJTransit train. Tradition shrugs.

8:00 pm: Cathy fills a bucket with salt and sugar solution and dunks the bird inside to brine overnight. Tradition (which would have preferred some generic store-bought, genetically mutated, cooped-up-indoors turkey for this) shakes fist and concedes defeat. Point one for Cathy. Tradition: 0.


You don’t need not-eating-out girl to tell you that Thanksgiving is perhaps the greatest celebration of cooking with family and friends of the year. That tradition, I will gladly honor (of course). But Thanksgiving foods — oh, how they reek of tired traditions that for better or for worse suck all the creativity out of cooking the feast. I like roast turkey, stuffing and mashed potatoes just as much as anyone else. Which is to say, not terribly much. It doesn’t tickle my culinary fancies; I wouldn’t order it off a menu, nor cook this type of meal too often. Do YOU ever make cranberry sauce any other day of the year? Come on and admit it, it’s not your favorite.

I’m not trying to be too harsh on Tradition here, just poking fun. Yes, I enjoy bowing to these traditional dishes to some extent, but when a house full of relatives ask me to take charge of Thanksgiving dinner, and then balk at me when I try to innovate with the ingredients, I throw my hands up. What’s so great about some of these traditions, anyway? Never have I felt so like a daughter in Fiddler on the Roof. What, what? You’re not going to make pecan pie with those pecans? What kind of pie is that? Does it even have a name? No, it doesn’t have a name yet because I just invented it — it’s a fusion of pecan and cranberry mince stuff, more sort of like a tart. But, but, we can’t have that, that’s not traditional! Can you make the stuffing now? Okay. What’s that? Bok choy and water chestnuts? No, no! What’s that spicy stuff going in the pan? That’s some chutney I thought I’d whip up to serve the roasted sweet potatoes with. You’re not doing candied yams? What time is dinner going to be ready? Around seven? Suppertime? No, no! Thanksgiving dinner should be served at three, that’s tradition! That may be true, but it’s a good way to make me fall asleep by five o’clock. But we love that! But I don’t!

Basically, I don’t care how the Puritans did it, or didn’t, most likely. Correction: I don’t care how we’ve been taught to regard Thanksgiving dinner with the huge exception of utilizing seasonal, fall harvest-y foods. But in the end, I made a compromise with Tradition this Thanksgiving. We both beat each other up pretty well, scoring points to one another’s dismay throughout the day. The hardest-won point for me would have probably been the first one, dragging that thirteen-pound turkey across state lines on my back. (Since I’ve become a stickler for free-range and humanely raised meats, I was told to supply the bird or else deal with the consequences.) Truth be told, I got a good deal of my non-traditional zeal out of my system by cooking a variety of “strange birds” for a Fall Harvest Feast (aka “Friendsgiving”) two weeks ago with friends. So by the time this Thanksgiving battle was lost and won, at about 11:00 pm, November 27, 2008, I’d like to think that me and Tradition had made amends. And through the process, both gained a greater appreciation for one another. Here are some of the reasons why: 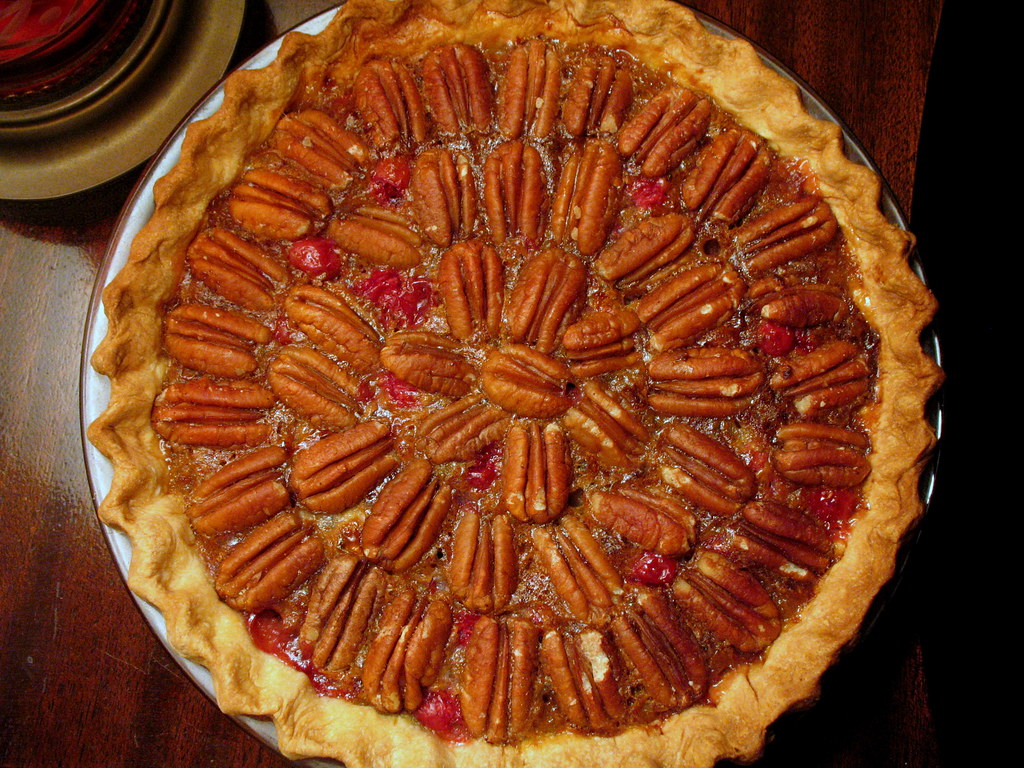 look closer and this “pecan pie” is filled with a melange of cranberries, raisins and orange zest in a dark syrupy custard 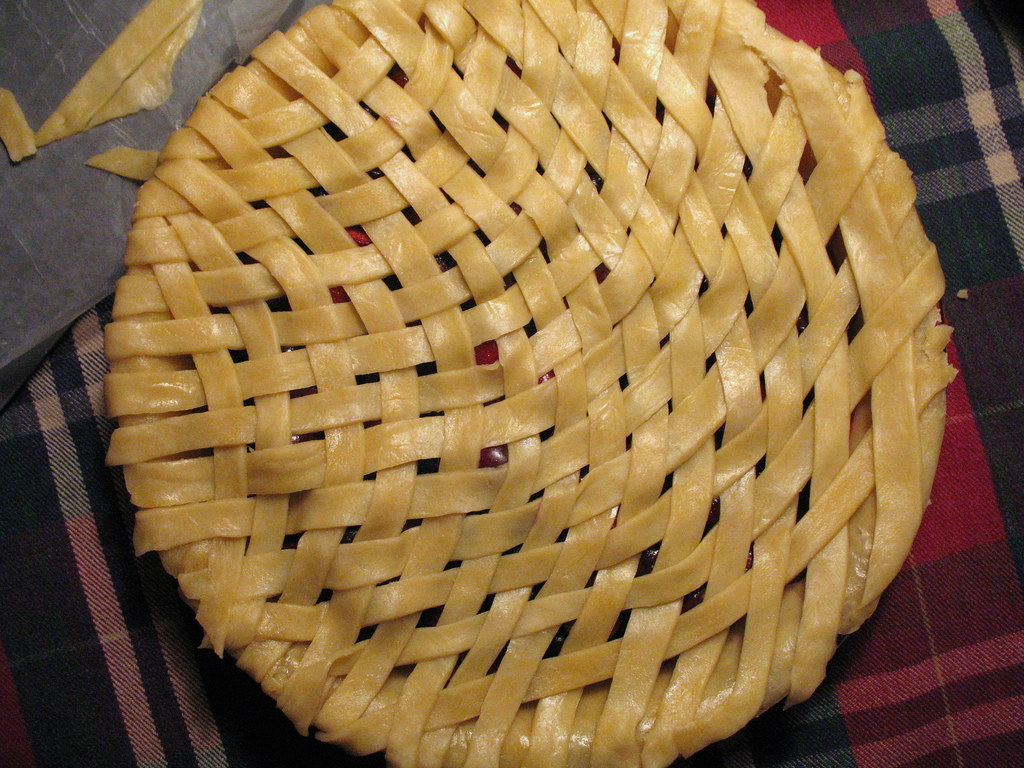 when Tradition gave me out-of-season cherries and blueberries, I made a sideways-swooshed lattice crust on the pie 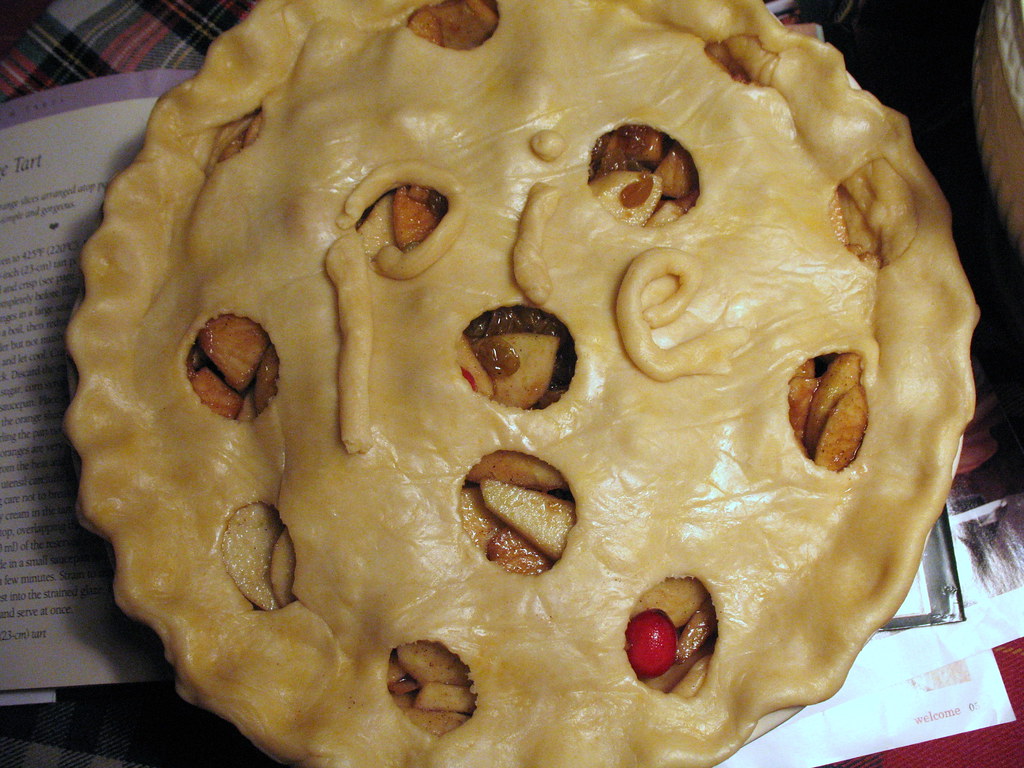 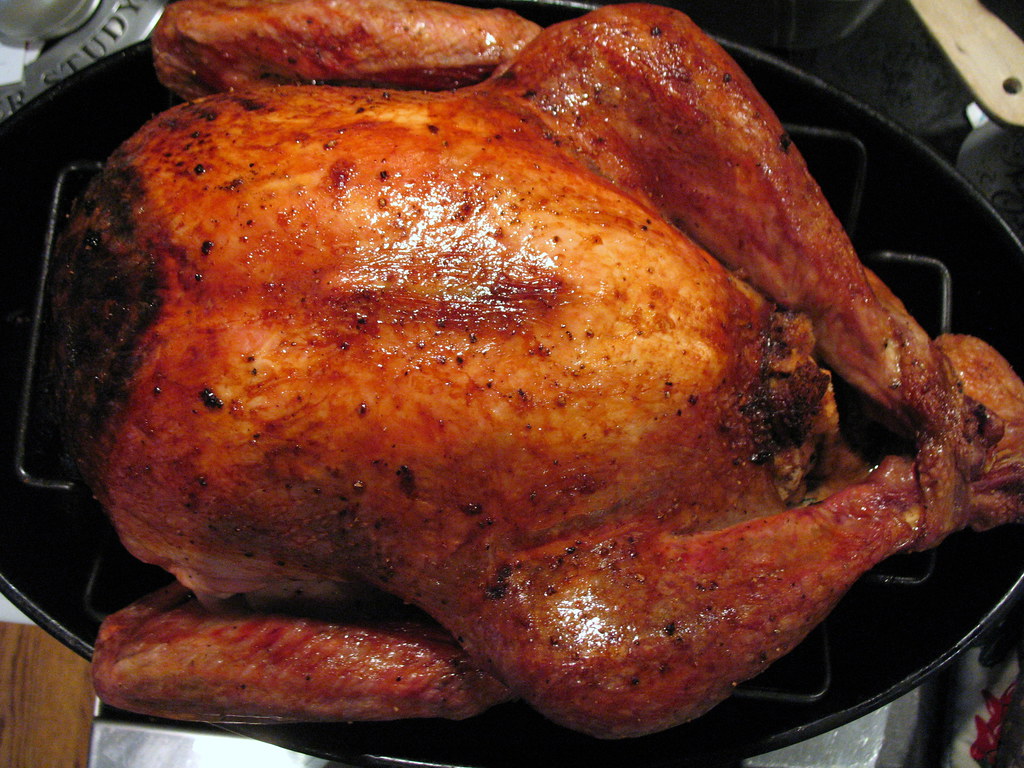 a family-recipe stuffing took center stage, inside the turkey 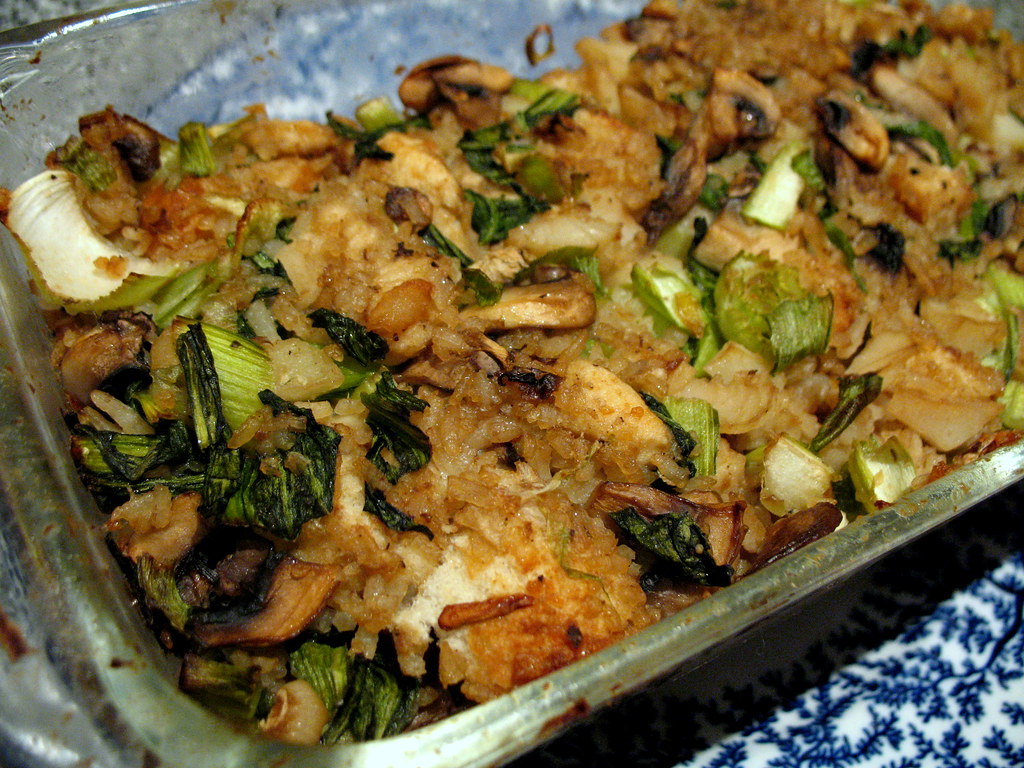 while a rice-and-bok choy, mushroom-and-water chestnut dressing was served on the side 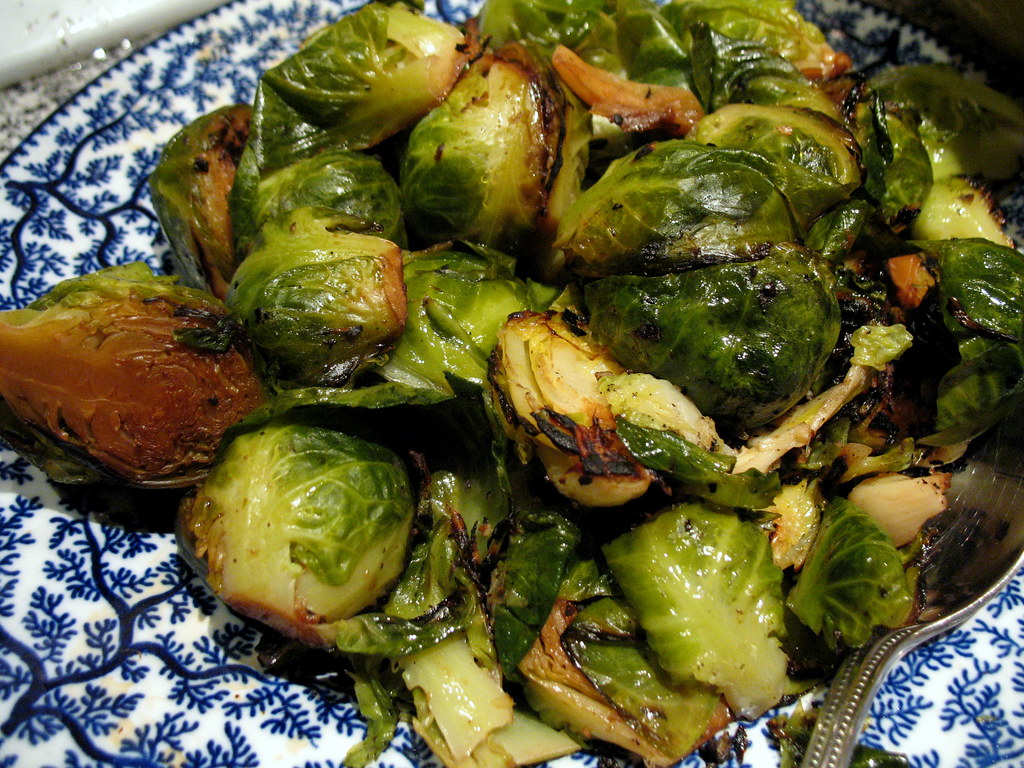 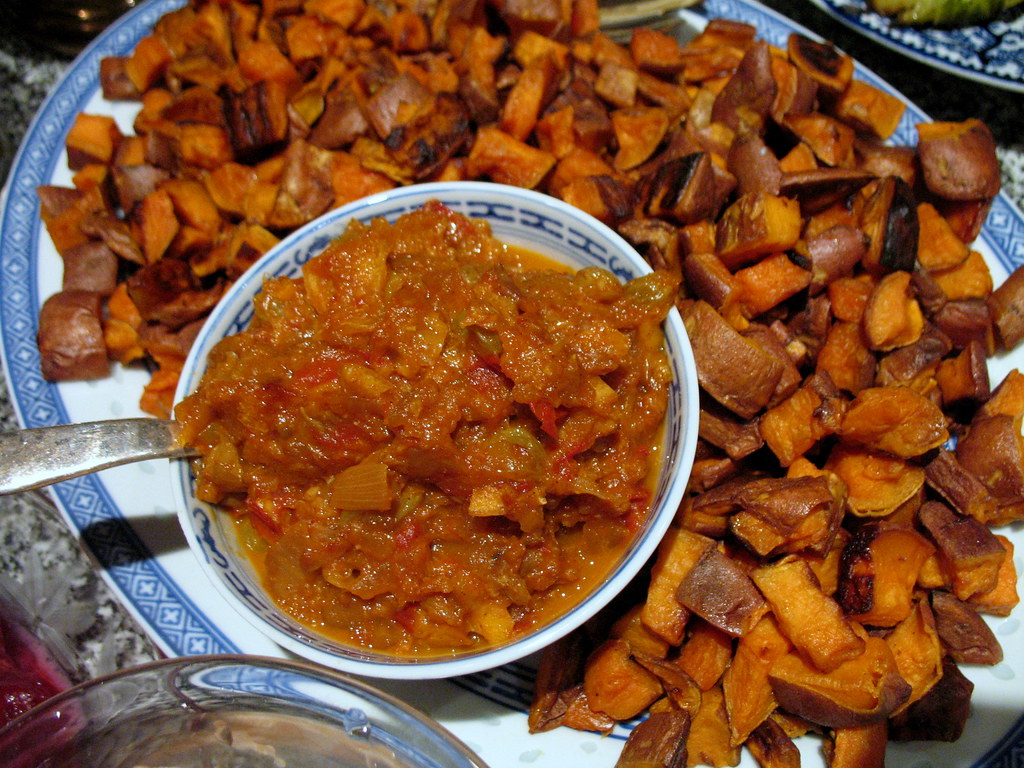 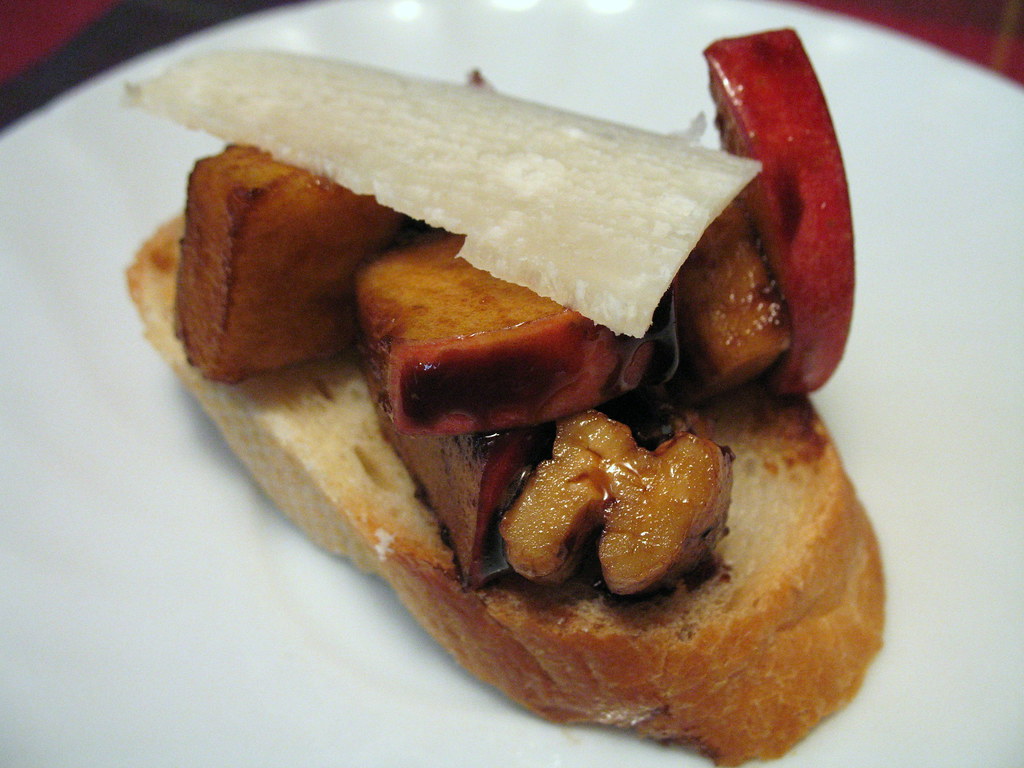 hors d’oeuvre of apple-walnut bruschetta in a balsamic reduction, topped with shaved parmesan 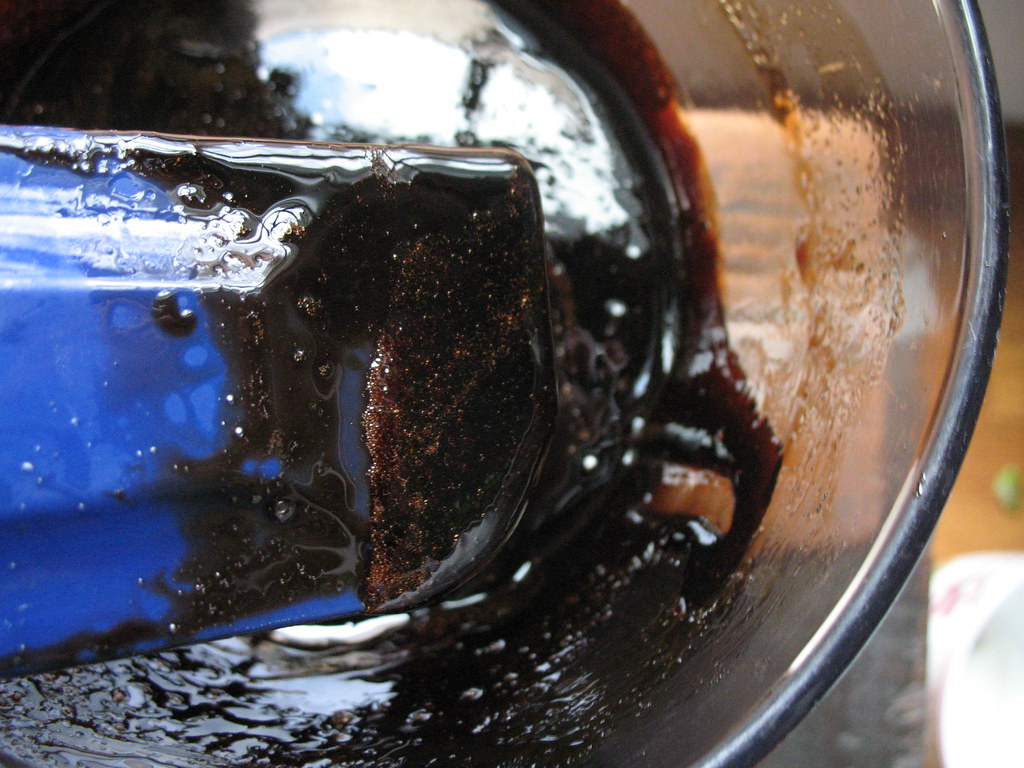 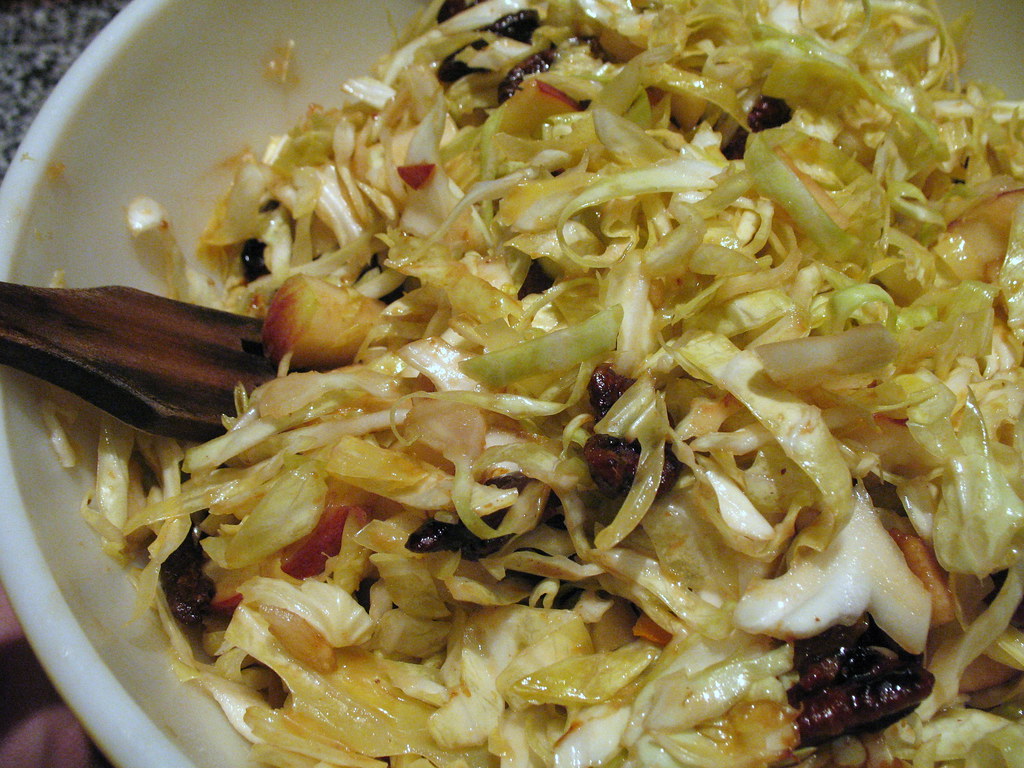 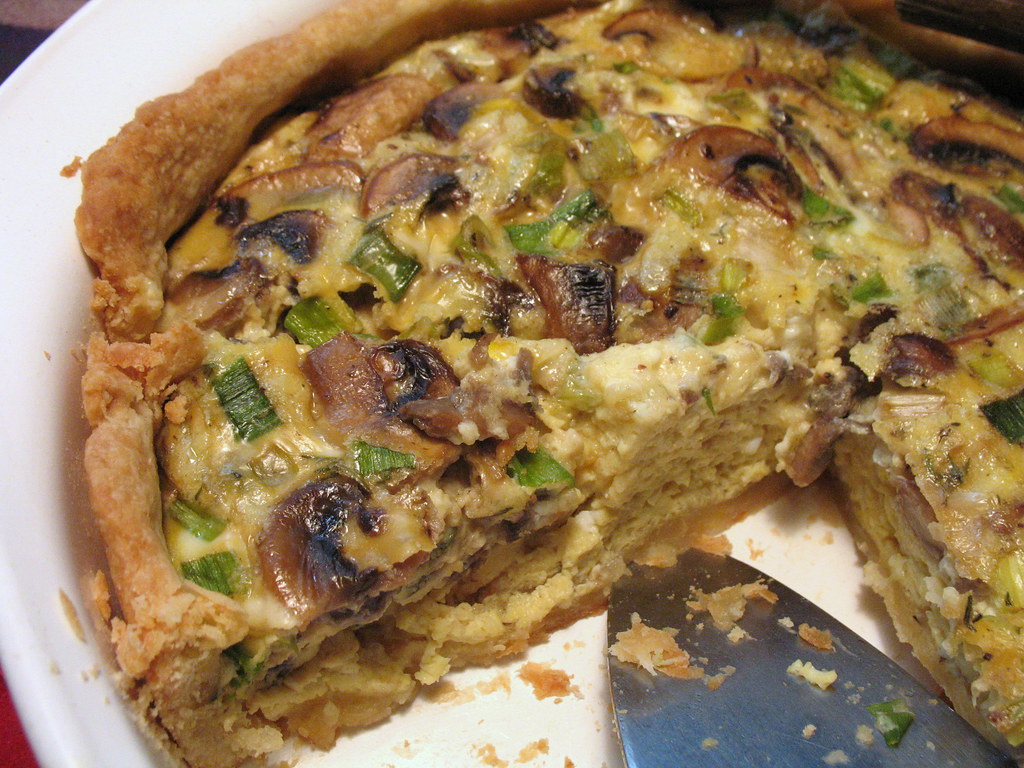 And it was all good. I’m thankful this year for having a family who puts up with attitude, and appreciates eating everything we cook together. Tradition can be a tough opponent, especially on the holidays. Working together is the ultimate victor here, and the moral of this Thanksgiving story. Like Lennon/McCarthy wrote, we can work it out. Life is very short and there’s no time for fussing and fighting, my friend.