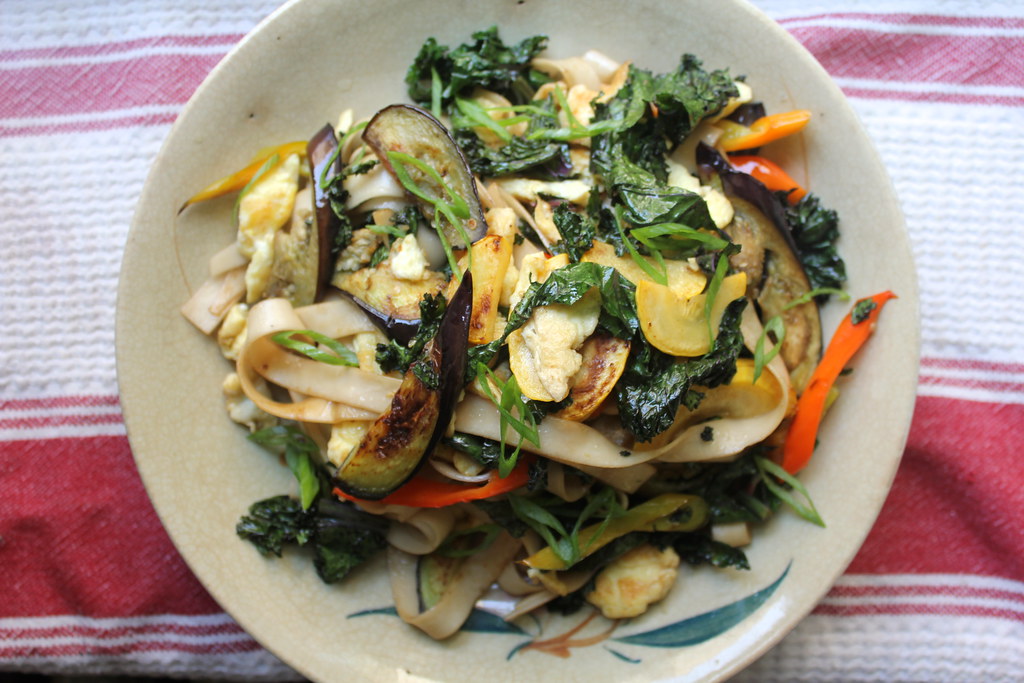 Whenever I have a plethora of random vegetables with no assigned purposes, I start to think along the lines of stir-frying them. This tends to happen a lot in the summer, when stockpiles of goods from farmers market strolls begin to overbear my fridge. Everything looks so good, and there are so many kinds of vegetables in season now–eggplants and peppers, beans and leafy greens–it’s like looking at a menu that you want to order everything from. But fortunately with shopping, the eating can occur much more gradually.


It doesn’t take much creativity to pull off a pan-fried noodle dish with your favorite ingredients. This weekend, I was reminded of a recipe posted in the winter once that was very similar to this, but featured lots of hardy cabbage, carrots and mushrooms. We have much more in the way of vegetables to choose from now. But I still wanted this to have a strong presence of some kind of leafy green, almost in equal ratio to the noodles. So instead of winter cabbage, it’ll be its deep-green relative, kale. 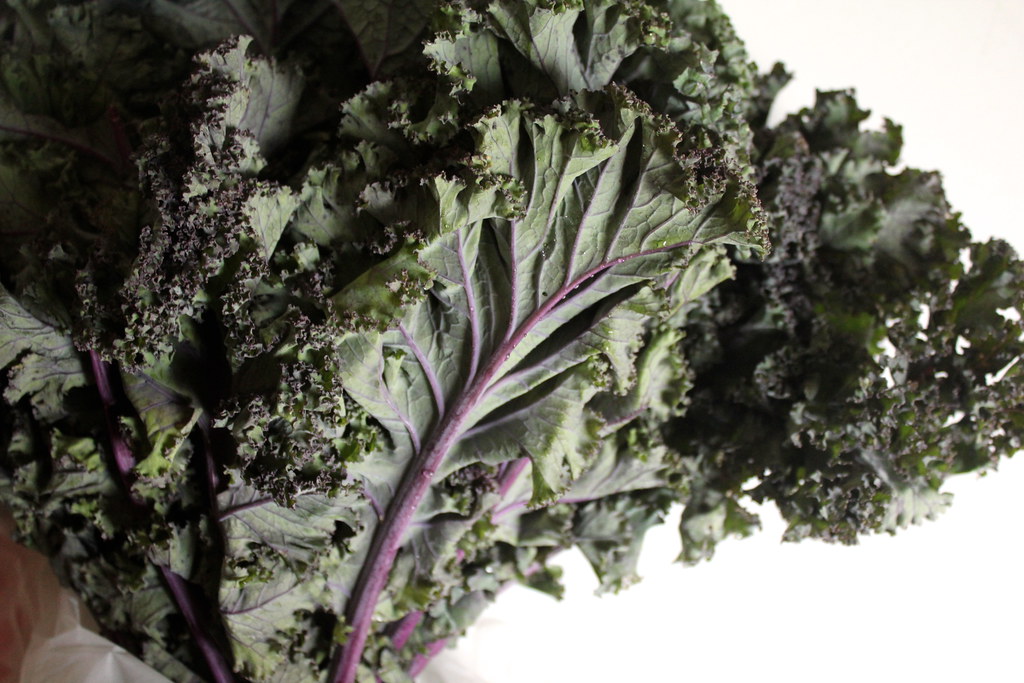 Then it’s all fun and games. Choose zucchini and summer squashes, green or yellow string beans, bell pepper of any color. Make a pan-fried noodle potpourri of your own blend. But always add scrambled eggs to the mix. And never attempt to cook all your ingredients plus noodles at the same time, in the same pan. 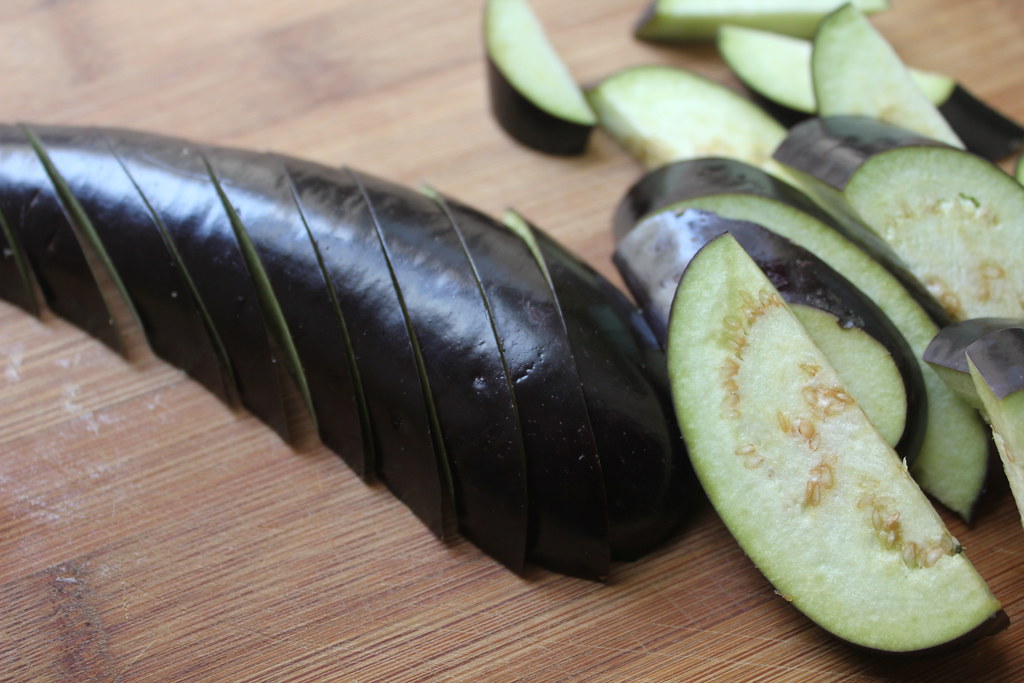 Start with a beaten egg, poured into a hot, oil-slicked pan. Scramble it around until just browned and remove it. Then cook the next ingredient just so, then the next, until, finally, you return everything to the pan to toss with some cooked noodles. I had chosen some long, Asian eggplant for this, and they need to be cooked a bit longer than the other sliced vegetables, peppers and summer squash. Also, the shredded kale would consume the entire pan alone until wilted, so those each took separate turns of sautéeing. 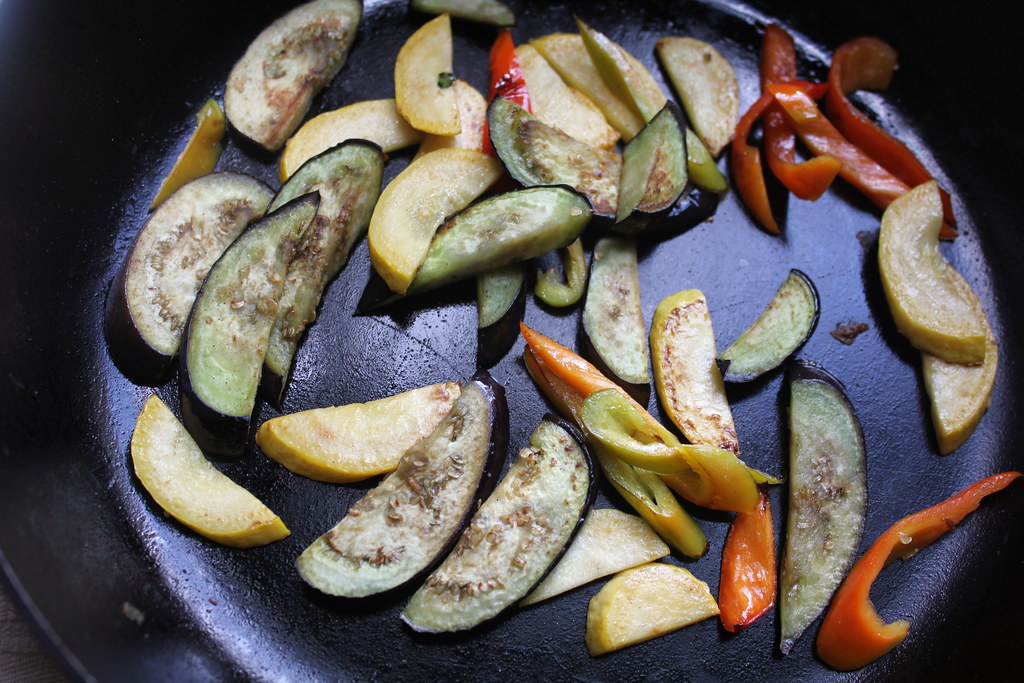 The not-so-secret agenda here is to have essentially a warm salad of vegetables to fill up on, with a few noodles and some egg besides. I didn’t go crazy with seasoning, using only a splash of soy sauce, but you can certainly dot it with your favorite hot sauce, like Sriracha, in the final few tosses. It’s not a sweet, saucy stir-fry but it’ll highlight the vegetables, which are bursting with natural flavor in the summer. Let’s all take a vacation from complication now that they’re in season.

Cook the noodles according to the directions on the package. Drain and rinse under cold water a few seconds, tossing them to separate with your hands.

Season the beaten eggs with a pinch of salt and white pepper. Heat a small pool of the oil in a large skillet or wok over medium-high heat. Once the oil is hot, add the eggs and scramble for about 1 minute or until cooked and lightly browned. Transfer the eggs to a bowl and set aside.

Add another small pool of oil to the pan and scatter the eggplant slices. Season lightly with a pinch of salt and white pepper. Let cook a couple minutes before flipping or tossing the pieces to turn them over. Continue to cook until most of the pieces are becoming translucent rather than opaque-white in the center. Add the sliced zucchini or summer squash and the bell peppers and season with another pinch of salt and white pepper. Let cook, tossing occasionally, for another 2 minutes. Remove the vegetables from the pan and set aside.

Heat another small pool of oil on the same pan and add the garlic, followed by the shredded kale a couple seconds later. Season with a pinch of salt and pepper and stir occasionally until the kale is just wilted, about 2-3 minutes.

Give the noodles another toss by hand to separate them, and add them to the pan along with the reserved scrambled egg and other vegetables. Sprinkle the soy sauce and optional chili sauce throughout and toss rapidly to distribute evenly. Taste for seasoning, adding any extra sauces or salt and pepper. Add the scallions and give a final toss. Serve immediately.

Three brownie points: The crazier you go with the kale (or, in winter, with shredded cabbage), the more great leafy-green nutrition you’ll be getting. And kale is a superfood that will give you lots of that–Vitamin K, Vitamin A, Vitamin C, and phytonutrients galore. Think you eat lots of it when it’s served raw in a salad? Just see how much you can consume once they’re cooked a little and shrink in size. (Plus, cooking a little will help you digest them better.) This dish has a good spread of nutrients thanks to the zucchini, peppers, and eggplant, too, and it’s filling thanks to the noodles and protein-rich eggs. If you’re looking for more nutritious noodles instead of the typical refined wheat-flour type, try it with soba, or just make this a fried brown rice dish instead.

Eight maple leaves: This recipe can help you use up all the produce you’ve gotten from your CSA or farmers market at the height of summer with ease. Just swap in anything from fresh okra to shredded kohlrabi. It has minimal seasonings and oils, so you can savor the veg more. But those pantry staples, like oil and soy sauce, won’t be found locally-made around the Northeast.