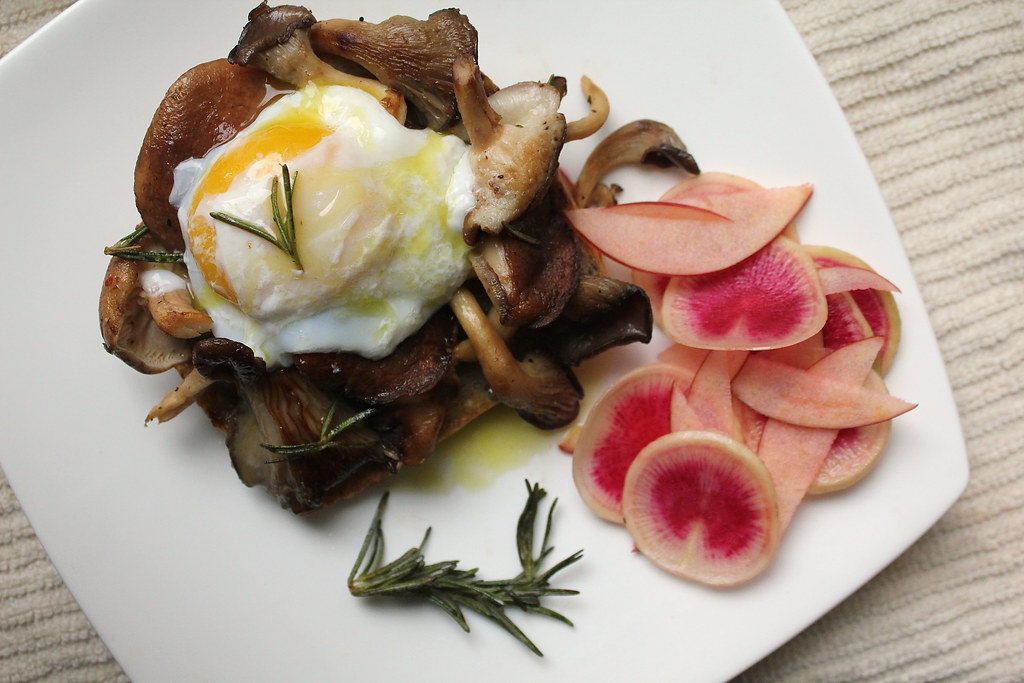 Here’s a breakfast that won’t put you right back to bed. I love Eggs Benedict, in all its drippy, sticky, bread sop-worthy mess. But I rarely bother to make Hollandaise sauce, which is poured liberally on top of the open-faced sandwich. For practical reasons, it’s fussy and complicated to make; and you’d have to make a bigger batch than suitable for just one serving, since it requires at least one egg yolk. And since I’m already having runny, poached eggs, I’m not sure I need to emulsify another one’s yolk with melted butter for a ballistically rich breakfast. But I would miss the sauciness, and the tanginess from the lemon juice that’s in Hollandaise. So I made an inarguably easier, and lighter sauce, with only lemon and olive oil.

It would be classified a vinaigrette. But those are the only two things in this light sauce, aside from a pinch of salt. Given that, it also makes a great dressing for a little side salad, so why not toss one together, too? All too easily, this once-rich breakfast classic gets a healthy twist. 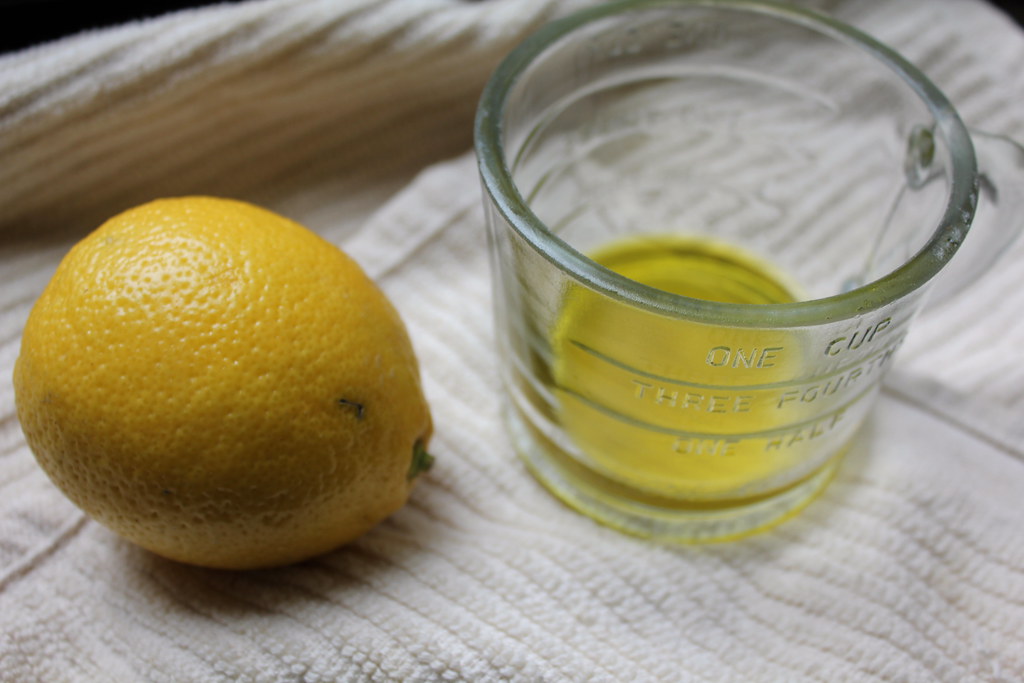 That’s also because I went with mixed mushrooms to top the toast with, instead of ham. A measly slice of ham was never quite enough stuff for me in a traditional Eggs Benedict. I piled on the mushrooms — oyster and shiitake — and to make them a little more happy, threw in some rosemary sprigs as they seared on a cast-iron pan. Juicy and savory they were. 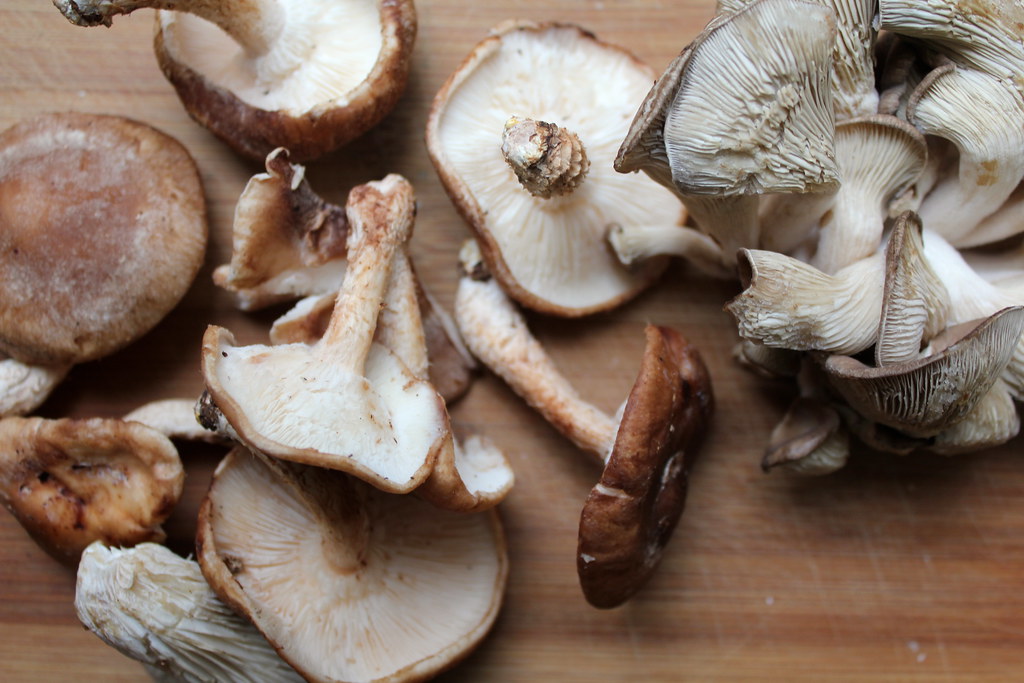 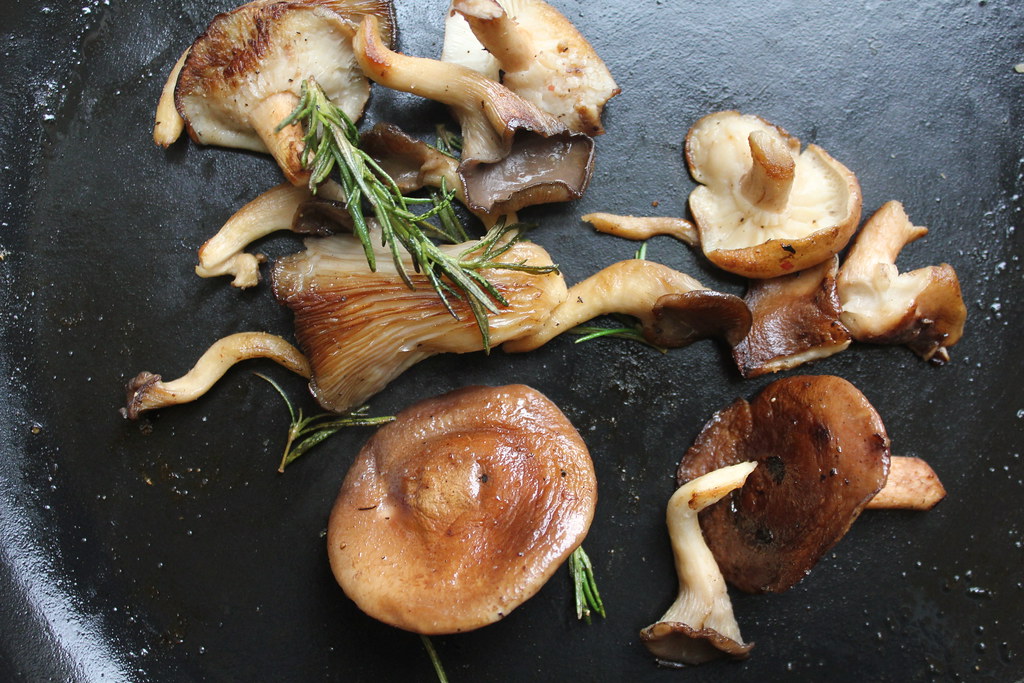 As for a side salad, the winter farmers market’s greens were positively frozen last weekend. Sad fate for those lettuces, leeks, and icicle-like fennel bulbs. Even the mushrooms that I brought home were solid rocks at first, but fortunately didn’t turn clear. I grabbed a few tough-looking watermelon radishes, and apples before they could turn to translucent mush. It seemed like everyone else had the same idea about eating eggs, because two of the farm stands I queued up for were already sold out. Thankfully, Arcadian Pastures had just a couple dozen left and they were not solid nuggets of ice (yet). 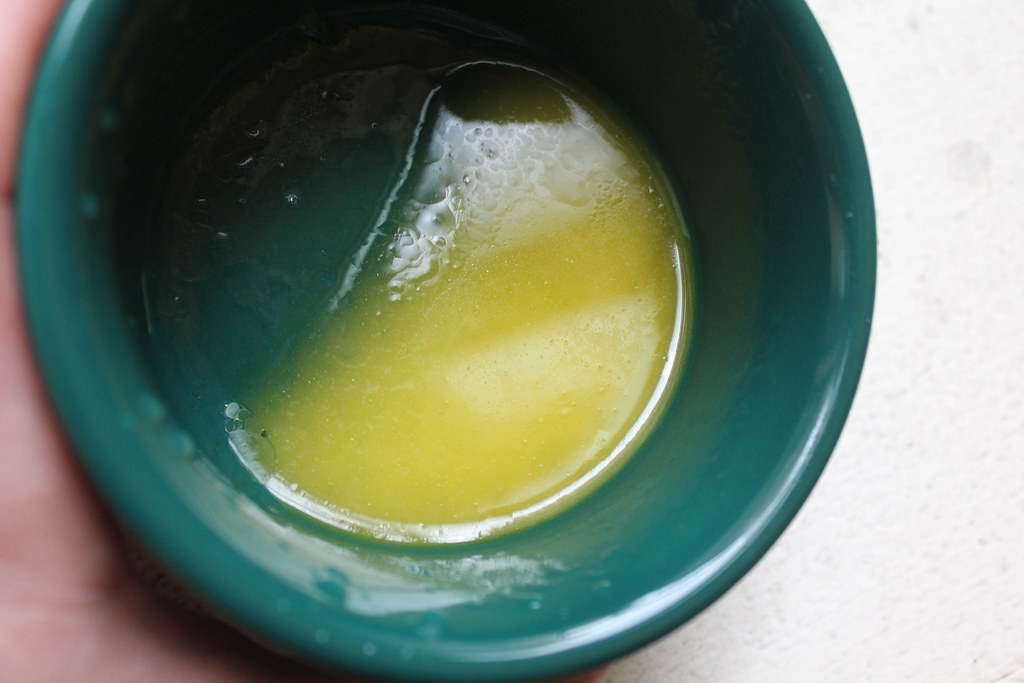 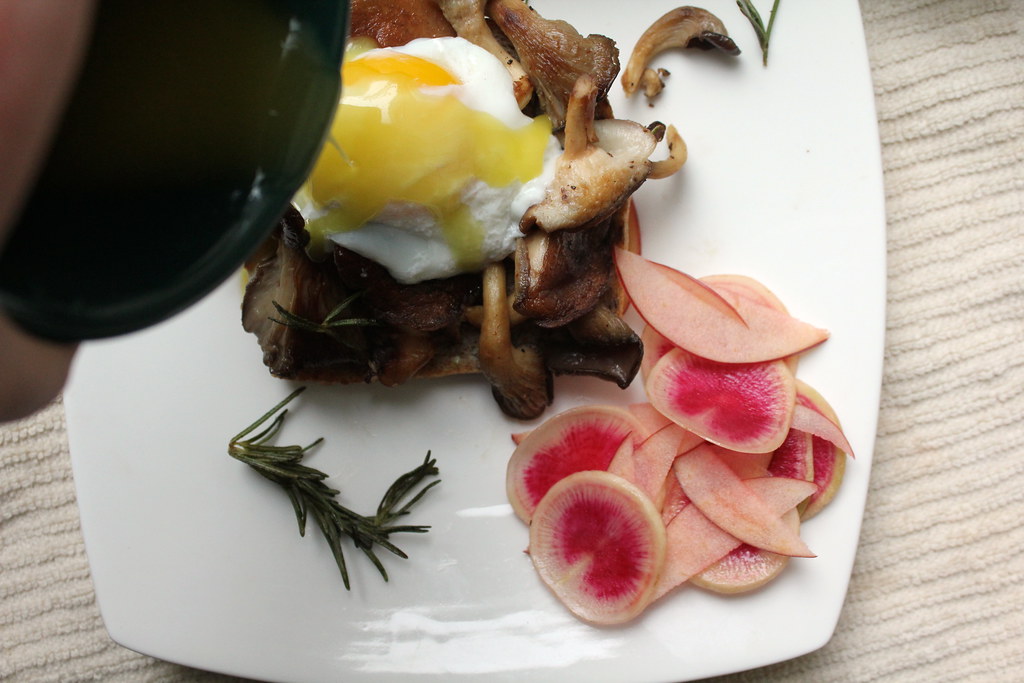 With all that and some toasted bread (which thaws nicely from a totally-frozen state), this Benedict-esque breakfast was completed in a matter of a few minutes. No, the lemon-olive oil emulsion is not as luxuriously rich nor as creamy-looking as Hollandaise sauce. But that’s why it’s not-Hollandaise, and this is not your average Eggs Benedict. It did the trick for me in any case: it’s a wintery comfort food, and we can use that in the single-digit temperatures.

Wipe any dirt from the mushrooms and trim dry-looking stem bits. Break into evenly-sized pieces (or slice evenly). Heat the 1 Tb olive oil or butter in a heavy-bottomed pan (such as cast-iron) over medium-high heat. Once hot, add the mushrooms along with a pinch of salt and pepper. Let cook, turning or stirring occasionally, for 1-2 minutes. Add the rosemary sprig and continue to cook, turning occasionally, until the mushrooms are softened and lightly seared evenly. Remove from heat and set aside.

Combine the 2 Tb lemon juice and a pinch of salt and pepper in a small bowl. While whisking or stirring rapidly with a fork, slowly drizzle in the olive oil. Stir or whisk rapidly until the mixture is emulsified and slightly thickened. Taste and add any more salt and pepper if desired.

Arrange the mushrooms atop each slice of toast or English muffin, including some sprigs of rosemary (but removing its tough stem).

Bring a small pot of water at least 4 inches deep to a boil. Reduce heat to a low simmer and add the teaspoon vinegar or fresh lemon juice. Crack the eggs individually into a small bowl and one at a time, gently release them into the water, making sure to keep them apart at separate ends of the pot. Let poach for 2-3 minutes, until the whites appear totally white instead of translucent. Very carefully lift one at a time out of the pot with a slotted spoon, and place atop each mushroom-topped toast or muffin slice. Give the lemon-olive oil a final whisk, and pour over each toast. (Use any remaining lemon-olive oil sauce to lightly dress a small side salad.) Enjoy immediately.

Five brownie points: It’s no power breakfast of purely oatmeal, but this breakfast should provide you with protein (from the eggs) and fiber if  you use a whole-grain bread of some sort. It’ll give you cholesterol and carbs from those as well, but at least they’re not addled with the extra bad-fats of more egg yolk and butter as in a traditional Eggs Benedict, with Hollandaise sauce. The plentiful lemon will spruce up your Vitamin C for your winter immune system while heart-healthy olive oil makes up for more richness instead.

Nine brownie points: So close — almost everything here was purchased from small, local artisan bakers or responsible farmers at the winter farmers market here in Brooklyn… except for the olive oil and lemon that’s so crucial to the recipe. Consider it a slight Mediterranean getaway from this cold Northeast.