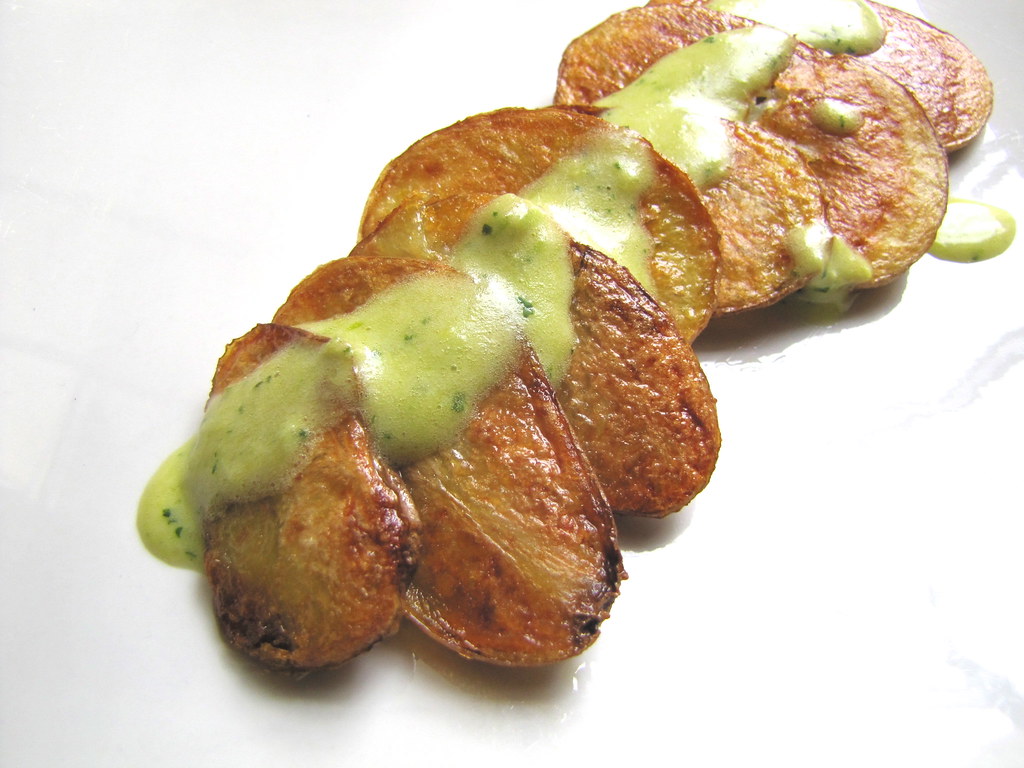 If you have an egg yolk, oil, and a splash of something acidic (lemon or vinegar), you can make mayonnaise. But while you’re undergoing this effort at home, why just make plain old mayo?  Adding garlic and good olive oil, you can make aioli–and if it’s spring or early summer, why not add green garlic, the mild, sweet, early-stage allium that can be found this season?


Enough questioning, let’s get down to it. Aioli is much more tempting a dip than mayo, and spreads just easily on your sandwich bread while adding more flavor. It also just sounds more appealing to me; I don’t think we could truncate the French word for this one to something more cursory–“aiol,” “ayo”? Let’s not even go there. 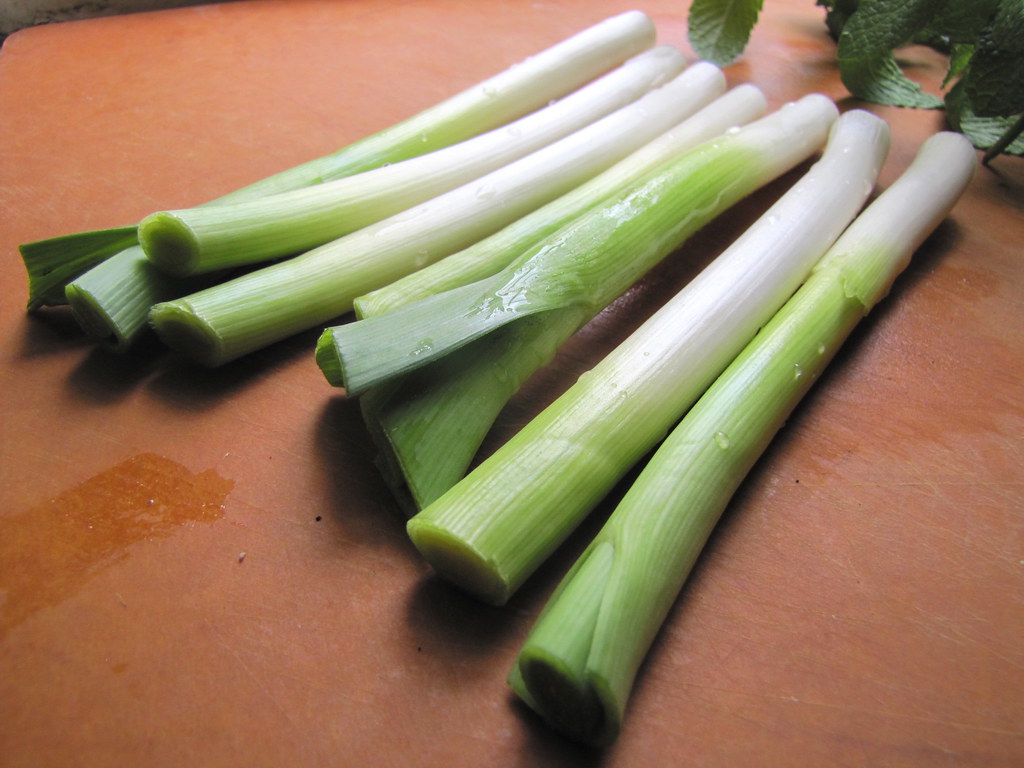 
This rendition of one of the classic French “mother sauces” is rooted in rustic, country tradition, enjoyed greatly in Provencal. Meaning, with a little patience, you should be able to make it using archaic kitchen equipment just fine. The garlic is not just the flavoring agent; its chemical compounds actually encourage the emulsion of the oil and egg yolk. After picking out green garlic at the farmers market recently, I peeled off the thicker skin to reveal the pearly, slender bulb to bruise well for that purpose, while finely chopped pieces of the green shoot were stirred in towards the end for a little spring color. You can add other herbs for more of that at this point as well. 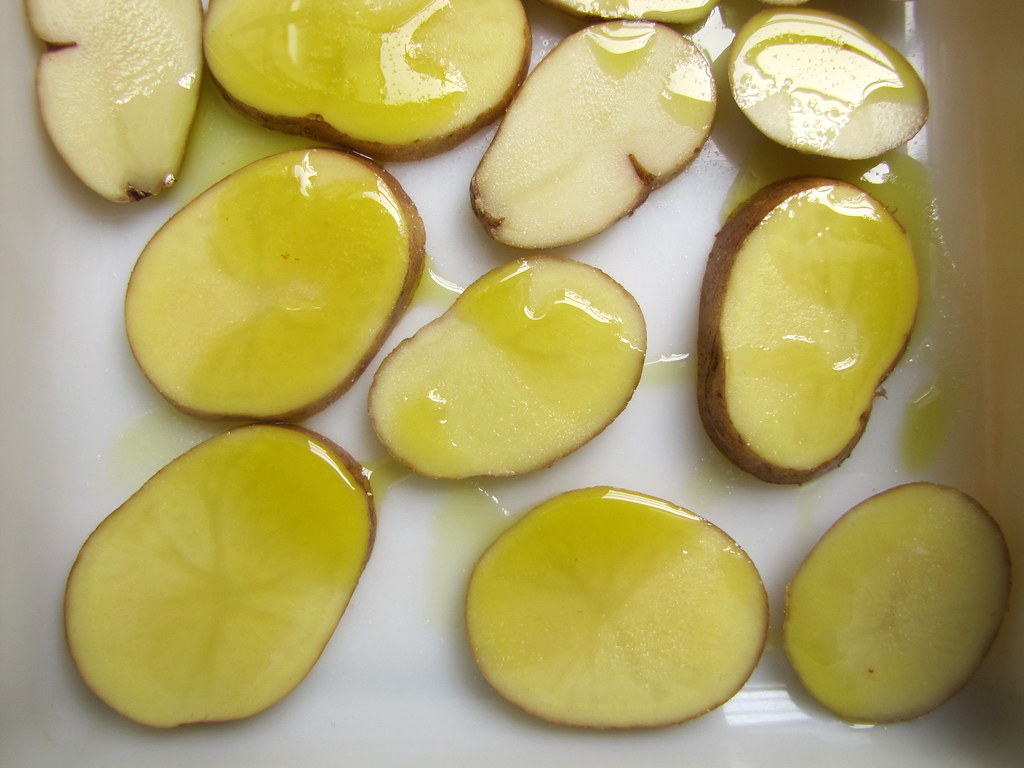 roasting sliced potatoes to serve with


To serve this aioli with, I was thinking something simple and rustic as the sauce: some potatoes, simply roasted in flattish discs. Ketchup can sit this one out.

Because you’ll be whisking quite rapidly, you’ll want to secure your mixing bowl to its surface. Otherwise, it’ll just spin around, evading the efforts of your elbow grease. Some recommend perching the bowl inside a towel-lined pot it can sit tight in; I simply twist a towel into a snug nest on the table’s surface. Push it around a little to test out its sturdiness, and nestle the bowl in. Then, you’re ready to rock. 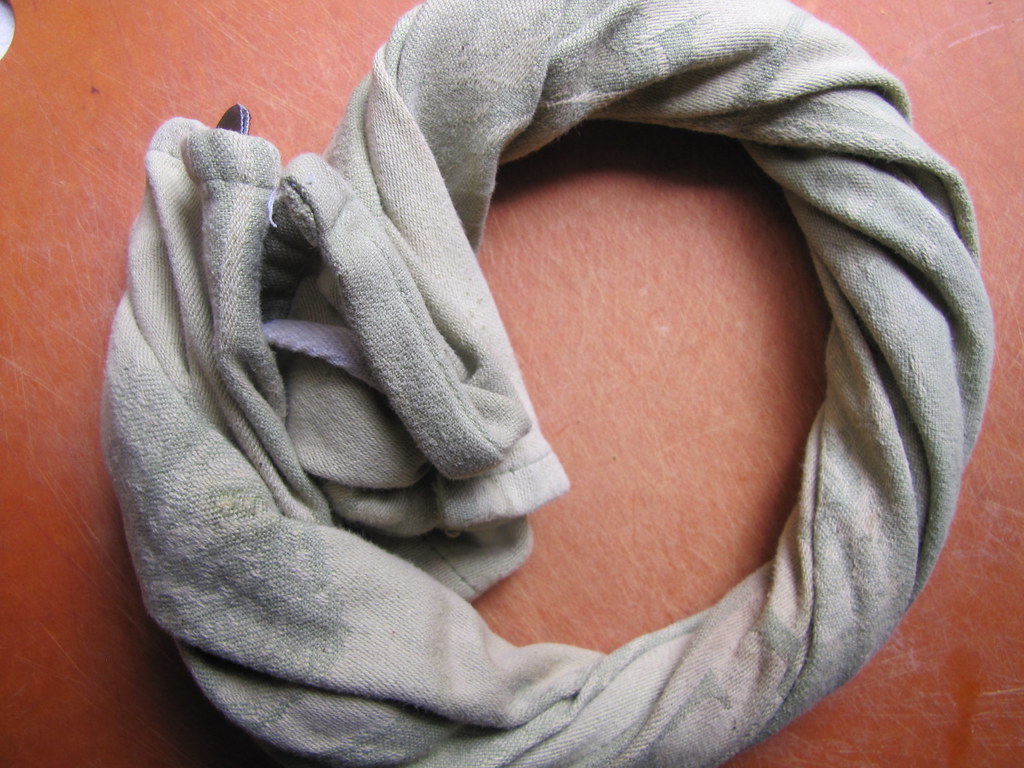 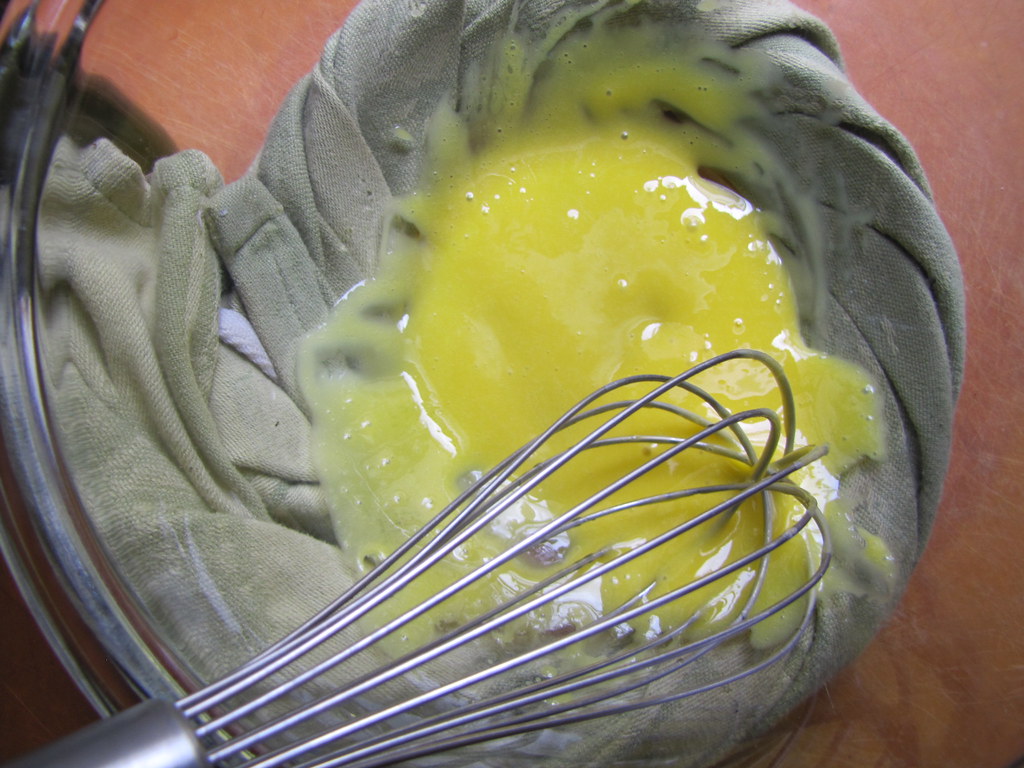 Just plop that egg yolk in the secured bowl and add a squeeze of fresh lemon. If you’re short on that or vinegar, opt for a tiny squeeze of mustard instead; whisk it up good. Next, while whisking, drizzle in a few drops of olive oil, until it looks something like above.

Once it’s gotten to that just-barely thickened stage, you can be a little more confident about your additions; this is where I like to add the mashed garlic pulp and start pouring in oil at a steadier pace. Technically, you’re okay to add the garlic at the very beginning, but I find its presence distracting during those first crucial moments of creating an emulsion. Plus, if you screw up and have to start all over again, at least you won’t have to smash and smear another shoot of garlic all over again, a taxing item of work. If all goes well, you’ll notice the mixture becoming paler in color and thicker; keep whisking constantly until you’ve used up all the oil at any given point, however, as rest breaks can lead to another type of breakage.

You can also cut the ratio of good, expensive olive oil to half and switch over to a neutral oil like vegetable or grapeseed. Sometimes, very flavorful olive oil is just a little overpowering to use alone. Taste and season your aioli with salt when it’s reached its maximum capacity of oil and is beginning to thin out a little (aioli is typically a bit thinner than mayonnaise). This is the triumphant part of the feat–it’s finished!

If at first you don’t succeed at aioli, just try again. I know plenty of chefs who screw this one up all the time. The blissful takeaway of knowing how to make such an all-purpose sauce like this at home is worth the trials and frustrations. The applications for aioli are endless: bring it to a barbecue to dip grilled vegetables and seafood in, thin it out with more vinegar to make a salad dressing. Or you could have yourself a little petite aioli, as I did with potatoes. It’s great practice for the grand aioli—a feast of many courses with which to serve aioli—that you’ll want to throw soon.

Preheat oven to 375 degrees. Toss the sliced potatoes in the 1-2 tablespoons olive oil along with a pinch of salt and pepper. Spread in an even layer on a sheetpan. Cook for 8-10 minutes, then check and flip the potatoes. Let cook another 3-5 minutes until sufficiently browned on both sides and tender inside. Let cool.

Separate about 1 inch of the whitest ends of the green garlic shoots and trim any papery layers from the outside. Mince the garlic well, then smash the bits against the cutting board with the side of a chef’s knife. Mince the smashed pieces more then smash them again, scraping them away from you with the edge of the blade. Scrape-smash a few more times, moving the pulp back and forth on the board, until it resembles a coarse paste.

Trim just the most tender, green parts of the garlic’s shoots and finely chop. Set away in a separate bowl.

Combine the egg yolk and lemon juice in a medium-sized bowl and whisk well together. Secure the bowl on its surface by creating a foundation with a towel. Make sure the bowl doesn’t spin around easily. While whisking the yolk mixture rapidly, drizzle in a few drops of olive oil. Continue whisking and drizzle in a few more drops, and a few more. Add the garlic paste (from the white parts) and continue to whisk the mixture while drizzling in the remaining olive oil. Switch to the neutral oil and continue to incorporate it slowly until used up. Stir in the chopped green garlic parts. Season with salt and pepper to taste. (Can be kept covered in the refrigerator for up to 3 days.)