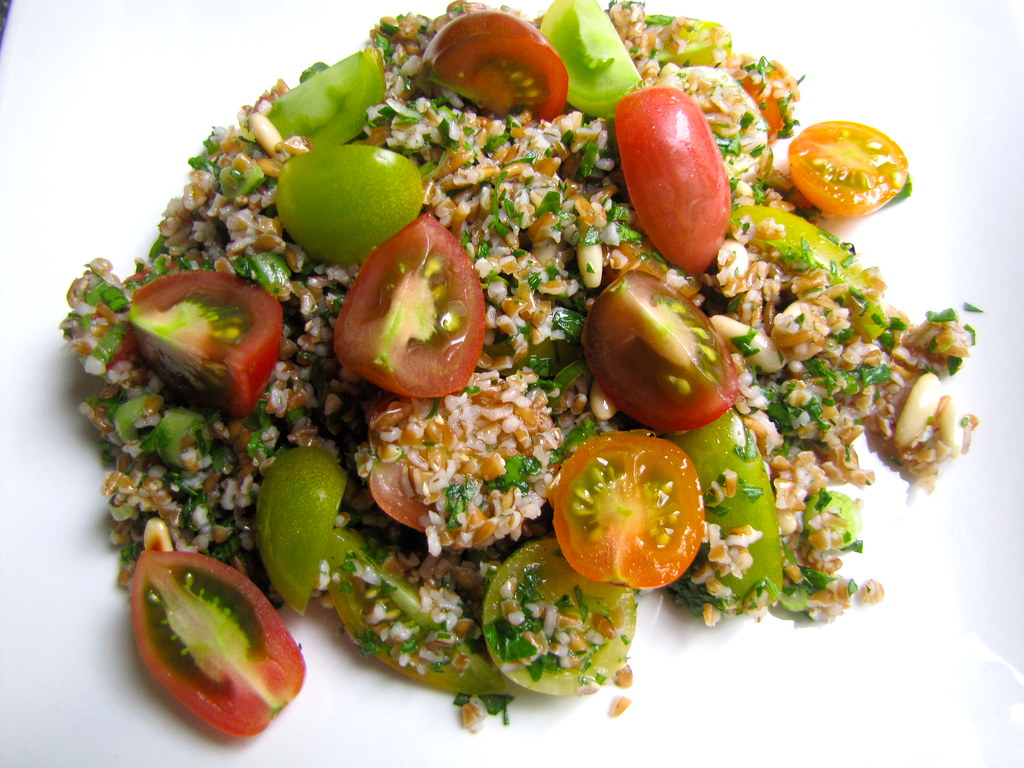 Most people think of tabbouleh as a grain-based salad, with bulgur (a whole wheat product) comprising the bulk of the dish. But actually, it’s more of a parsley-based salad, with lots of fresh tomatoes, lemon juice, chopped onions and other herbs, too. Its name derives from the Arabic word for “seasoning” (taabil), and purists have scolded my lack of sufficient parsley in past attempts. This got me thinking that tabbouleh is something of a chunky pesto, with some filling grains tossed in. So I added some toasted pine nuts to this version, too.


When in doubt, with summer’s produce is filling up your fridge, make a fresh vegetable and grain-based salad for a healthy, full meal. Snip all the herbs that may be growing wildly in your garden, or use up a whole bunch. Most summery additions are welcome (like chopped cucumbers, zucchini, or roasted eggplant cubes), and juicy tomatoes are something of a must while they’re in season. It was the perfect way to make a dent in a pint of beautiful heirloom cherry tomatoes I’d picked up at the market recently. 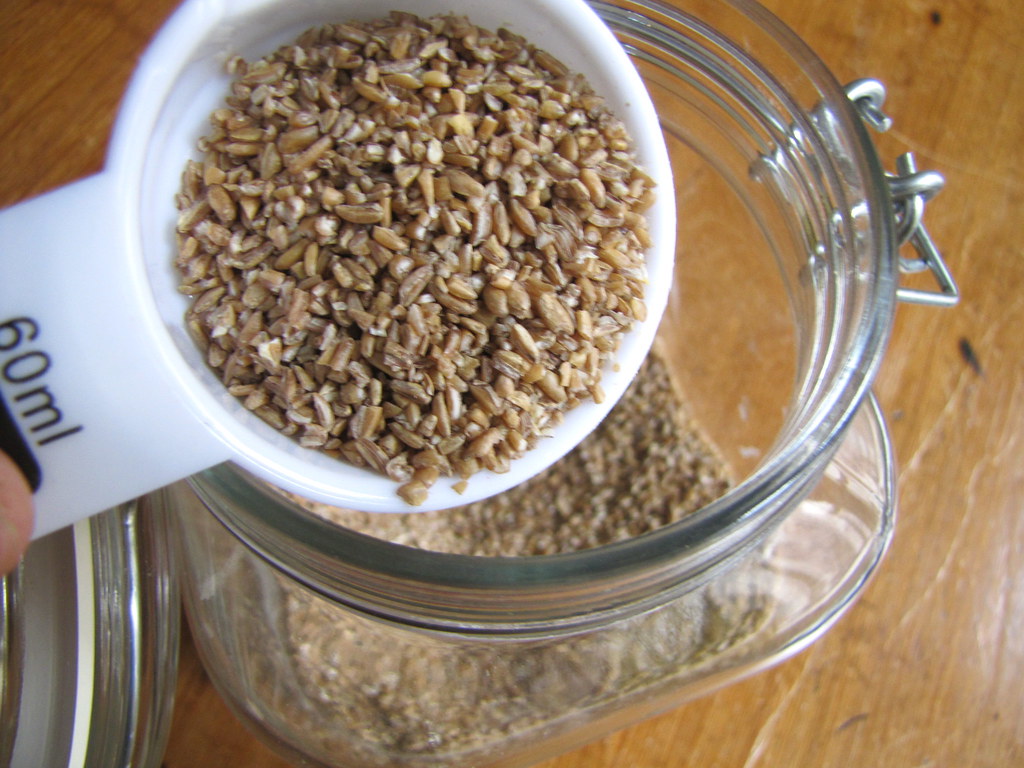 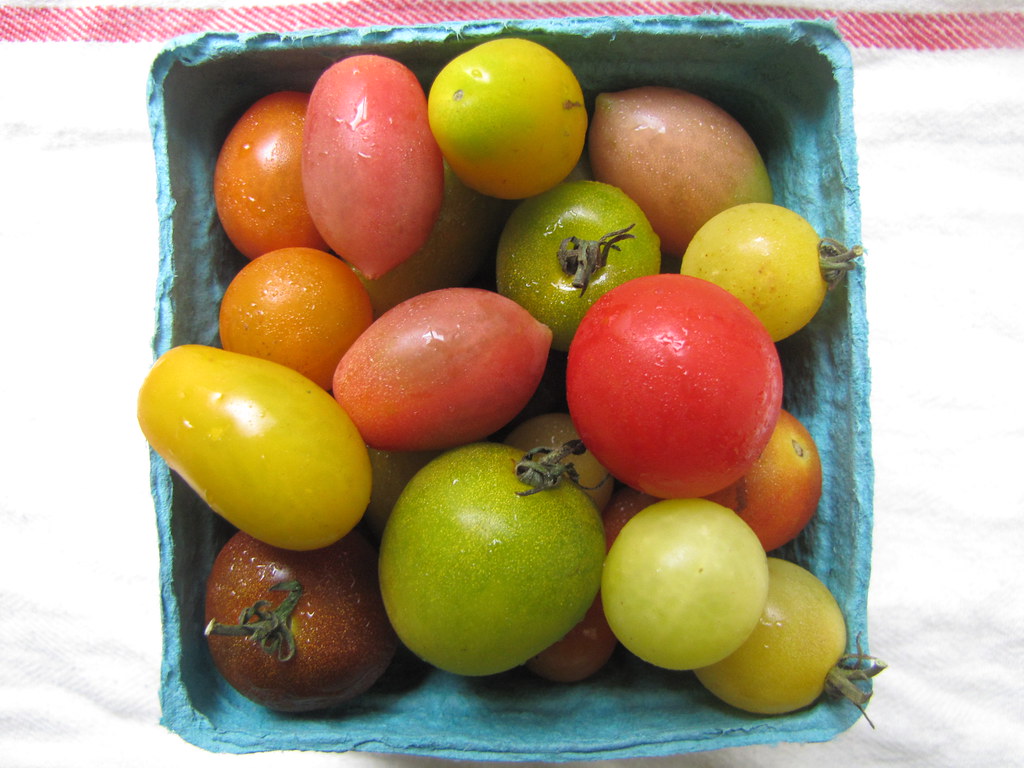 The work is far from tedious, and tabbouleh salad stores well in your fridge for snacking on anytime, or bringing to a party — or work. Since they’re so small and already par-boiled, bulgur takes just a few minutes to steep in boiling water and soften. While that’s cooling, you can chop up your herbs and halve the tomatoes, should you also have grape-sized or cherry ones. (Larger tomatoes chopped up are fine, as long as they’re firm enough to hold up after tossing.) 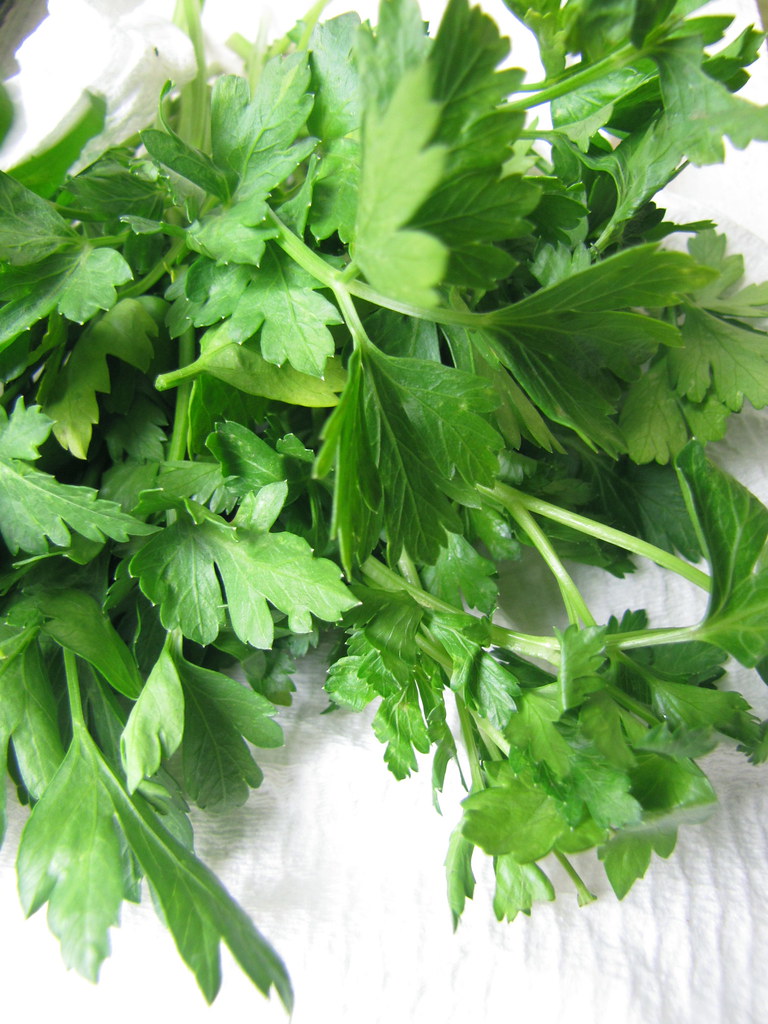 I love an occasion to chop up a great pile of herbs. Zigzagging my knife through the cutting board, slicing the blade through leaves, is one of my most satisfying tasks to complete. As long as the herbs aren’t too aggravating to pick from the stems (I hate doing this for thyme), and the leaves are crisp and cut cleanly with drop of the knife-turned-guillotine, this can be a really fun “chore.” It could take a little practice to get comfortable at, but I like to pile all the leaves in one big clutch and start chopping across it from there, keeping my hand that’s grabbing the end of the bunch well out of reach. Then you just go back and forth, making chops across the cutting board, and scraping the ever-diminishing pile into one centralized lump. 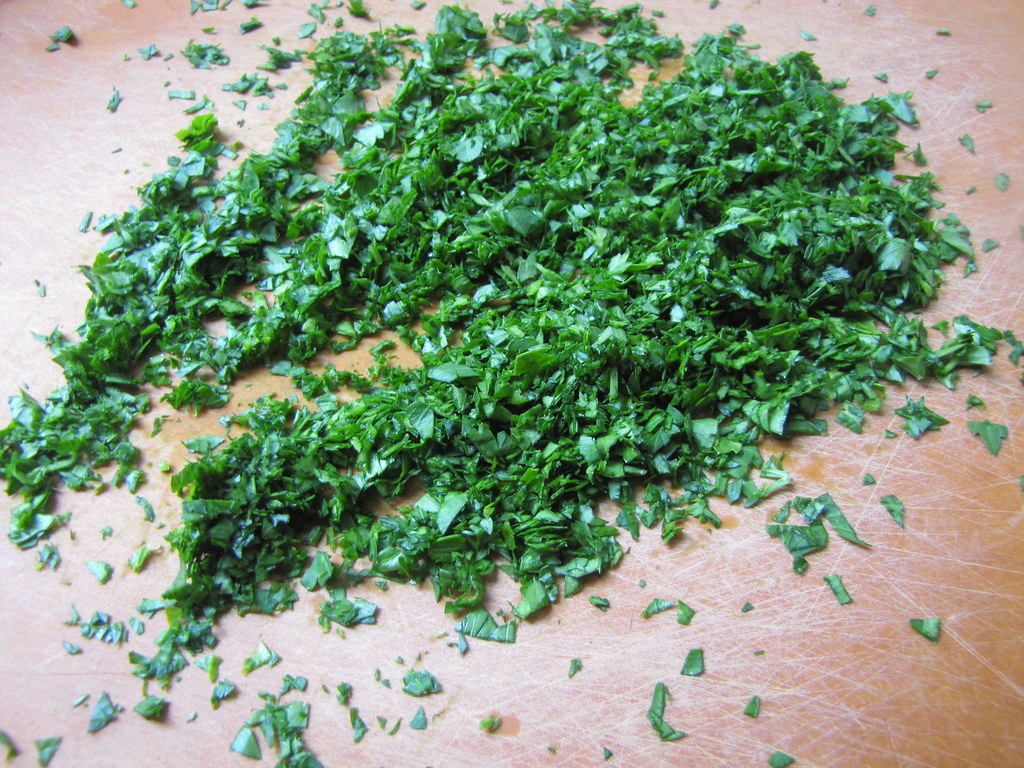 after a couple minutes of intense chopping

You can go at this for as long as you feel. Sometimes, a rustic, more coarsely chopped look is preferable. Other times, you might want the pieces to be extra fine. Either way, just don’t opt for the food processor with this. It can tackle the task quickly, but the spinning blade will likely muddle the leaves rather than make clean swipes, and this doesn’t look as nice. (For basil pesto purists, it’s a sin to use these contraptions since bruised basil leaves can have a less appealing flavor than small, intact pieces.) 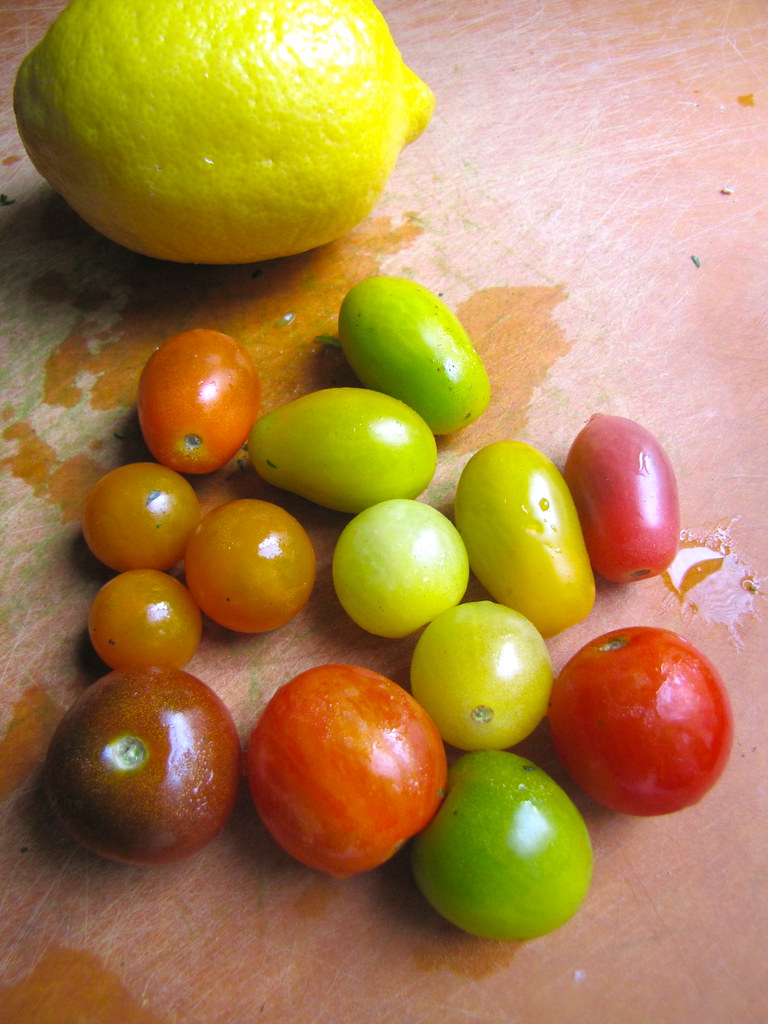 In the end, I think I came out with slightly less parsley than I’d expected, after all that chopping. I think it was enough given the amount of bulgur in this dish, however, and I made sure to add lots of tomatoes to make up for it. The pine nuts, which I tried to “gently toast” on a hot skillet for a few seconds got a tad bit over-toasted on their sides from one or two seconds too many — but didn’t burn. You can add finely chopped red onion for a little more color but I chose fresh scallions for that oniony bite here instead. 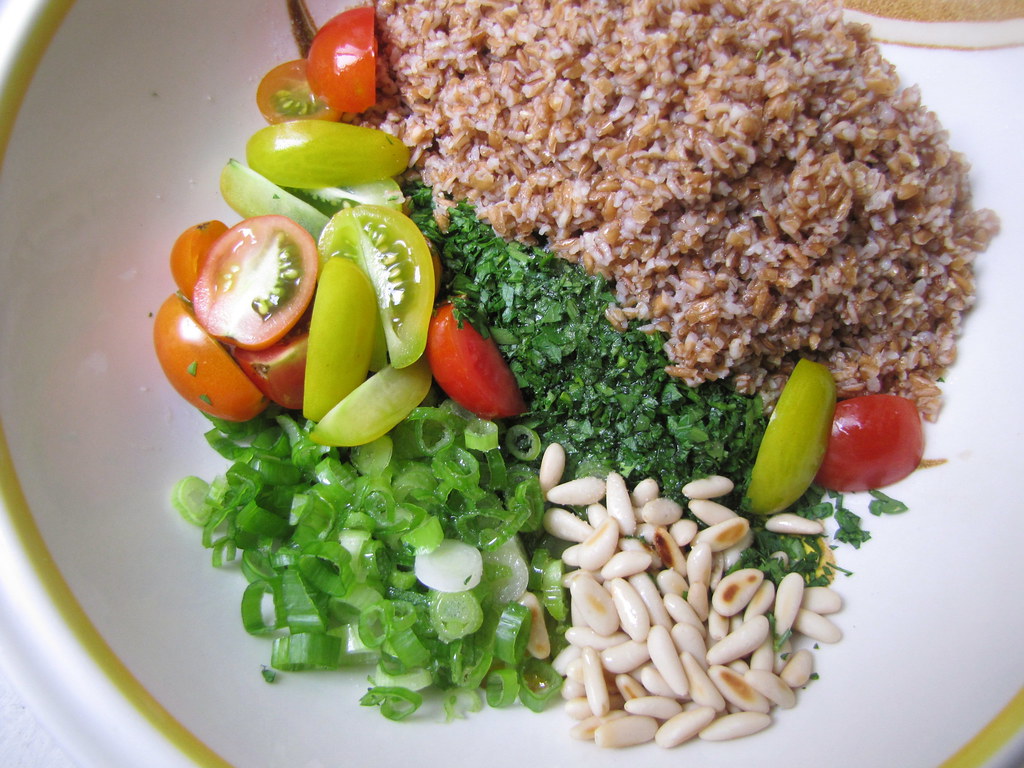 Toss it all together with some good olive oil and a squeeze of fresh lemon juice. Fine sea salt and crushed pepper can be mixed right in to taste. It’s hard to stop chomping on this salad, since every bite provides such a delicate variety of flavors that you just want to fill your mouth with, from the sweet tomatoes to the rich pine nuts. Of course, the lovely herbal taste of parsley is omnipresent in all of them.

Place the bulgur in a small pot with 1 cup lightly salted water. Cover and bring just to a boil. Remove lid and let cool for 10 minutes or so, stirring occasionally.

Heat a saucepan or skillet over medium-low heat. Add the pine nuts and let gently toast, shaking the pan often, for 3-4 minutes or just until golden-brown. Remove nuts from the pan immediately to cool.

In a large bowl, combine all the ingredients except for the bulgur and gently toss. Once bulgur has cooled to room temperature, gently fold in, and add any extra salt, pepper, lemon juice or olive oil to taste. Serve immediately or chill for up to 3 days covered.

Three brownie points: Whole grains such as bulgur not only provide you with much more protein, fiber and a host of minerals stripped from refined wheat products like bread, but they fill you up better and keep you energized for longer. Bulgur is a convenient one since it doesn’t require much time to cook. Flat-leaf parsley is also a great superfood, with more Vitamin K than spinach, and antioxidants to help your immune system aplenty (it’s no wonder the herb is in so many health fanatic fresh juices). You’ll get more Vitamin C as well as flavor from the fresh tomatoes and lemon juice. While pine nuts are a pretty fatty nut as far as nuts go, they’re a nice source of extra protein and luxury in this dish (why are they so darn expensive?).

Seven maple leaves: When I picked out a bunch of parsley at the Greenmarket a week or so ago, I was signing up for some serious parsley-eating throughout the week. The bunch was huge, and I used in scantly in pastas here and there. I could have let it sit, satisfied, afterward until it rotted but made a point to go parsley-wild with a forthcoming dish to prevent that tragedy. If you’re in that situation, I hope you’ll like this recipe, too. Those along with the tomatoes and scallions were foraged locally, while the dry goods (bulgur, pine nuts) were made somewhere in the USA, according to packages.