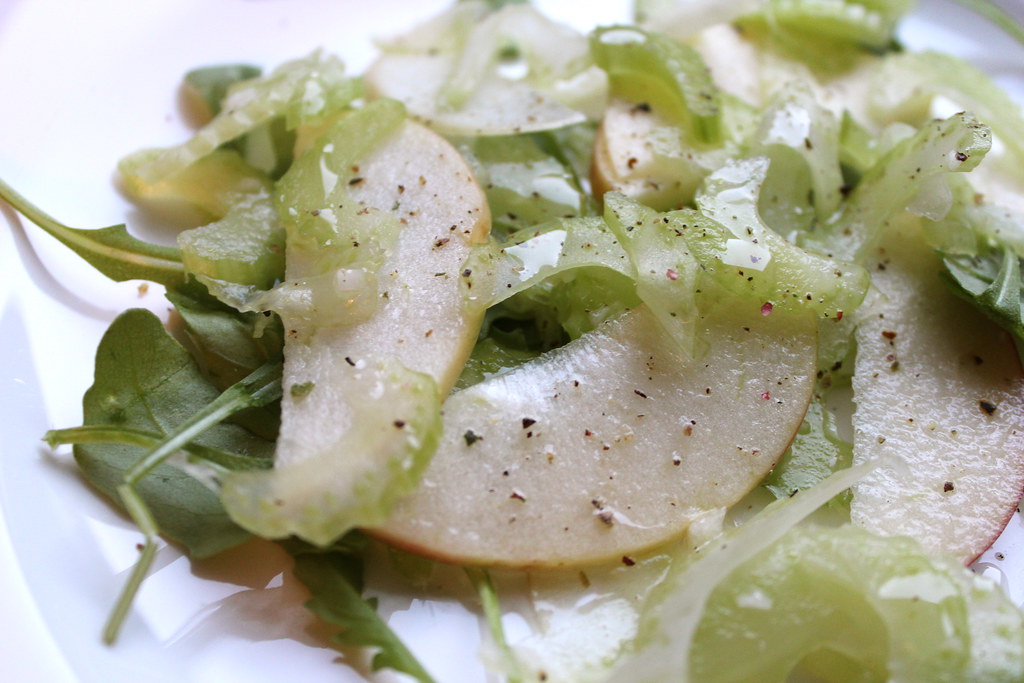 There come times when you’ve just got to get out of dodge. But, if you’re like me, after maybe a day or two of this blissful relaxing and twiddling your fingers uselessly, creating knots in your hair for no reason, realize that you’ve just got to cook something. Often, this need is subsided by indulging in a fine, luxurious restaurant’s fare — an open kitchen all the better to vicariously cook there, too. But let’s say you do this, and for breakfast, dinner and lunch, for a few days now. If you’re not feeling too bloated to try to by now surely there must be some way for you to cook. But is there? Are there enough ways, while traveling?

In today’s day of all-inclusive getaways and destination restaurants, it would seem a paradox to cook while traveling. The very notion of “vacation,” with its root verb “vacate,” implies giving up everything one is supposed to regularly do and basking in the lap of luxury. But to those whose favorite hobbies are cooking and shopping at various produce markets and specialty grocery shops, cooking the unique food of the lands you travel to is the ultimate vacation itself.

You can always rough it by cooking while camping. The backwoods version of exotic groceries is wild herbs and grasses, and maybe berries, to sprinkle on your dish. Growing up, my dad took me and other kids camping for days at a time — we collected blueberries to plop into instant pancake mix on the griddle. The other available food that we brought was horrendous — powdered stews and cups ‘o noodles — so these meals had some of the best and the worst of it all. But my dad always seemed to know how to throw together a homemade chili using whatever was around, and that was always a highlight. To this day, I’m not sure what he did. 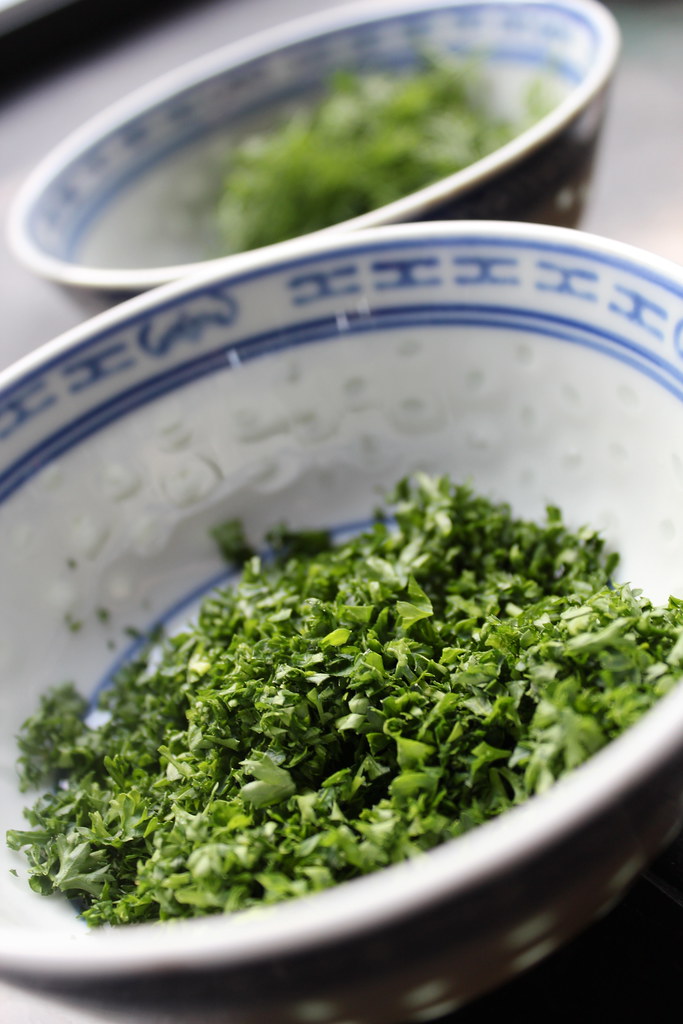 You can also go to the most cosmopolitan cities in the world and stay in an apartment, or studio, with a kitchen to use. To the AirBnB and Couchsurfer generation, this is not nearly as expensive or rare to come by as it sounds. Even some youth hostels have communal kitcheonettes. Then, go to the bakeries that people are lining up down the block for in Paris; the butcher shops with meats hanging down from the storefront windows like long, red lanterns in Milan; the fresh produce markets abuzz with old ladies in Beijing; don’t be afraid to ask for something you’ve never seen, touched or tasted. That’s the key. The worst that can happen is that you cook it, and just try some.

It’s a high time for traveling this warm, late spring. The mosquitoes are milder as well as the hot sun. I think of a lake house at sunset that I’ve been to in the past, and the smell of seared carrots that I grilled on the porch, with little stubs of their tops, until charred and sweet as marshmallows. These were glorious finds at a nearby, small-town farm stand, possibly the best-tasting carrots I’ve eaten in my life. I’d never thought to sizzle them whole with their skins before that, and it’s a trick that I’ve copied many springs afterward, but never to the same height of success as cooking them that first time, while traveling. You really never know what may come. 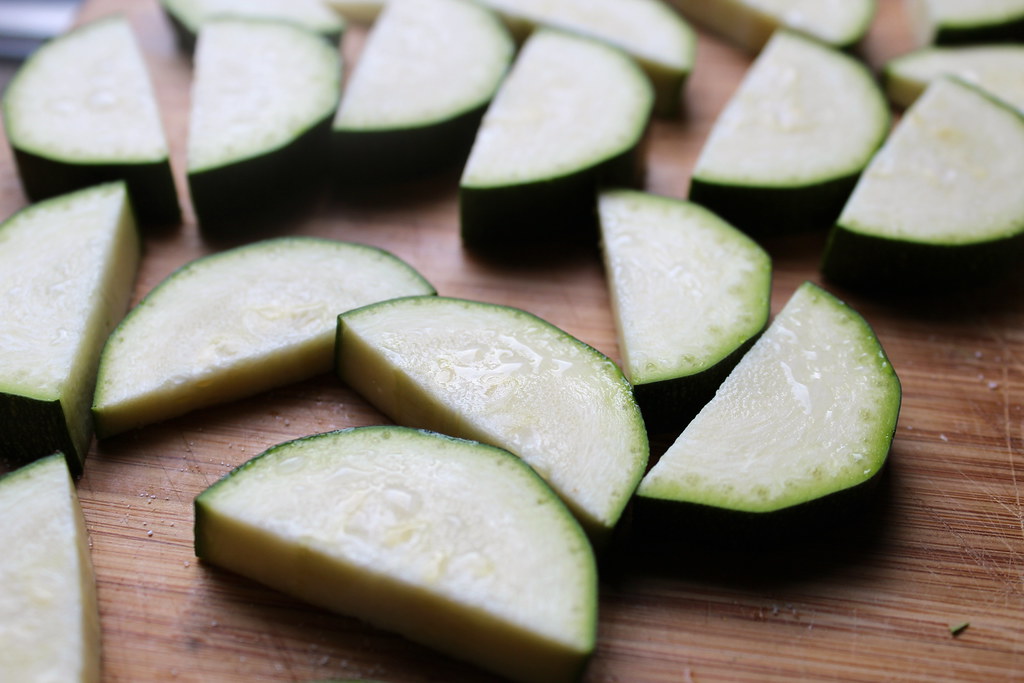 I’ve just returned from a week in Amsterdam, and although the Dutch might not be best known for their food, had a terrific time cooking some of it. It seemed there was a great deal of terrific, organic groceries from small, city shops and stands, selling the same types of foods that most Western European cities would. But there’s something a little different about the whole lot. Rather than gravitate towards the most familiar, seeking out the small peculiarities or preferences about a city’s foodstuff is more interesting. How those Europeans love their white asparagus! And small, round bobules of green squash in Amsterdam bore no boastings of an heirloom seed. Why is the yogurt so rich and tangy? And five distinct types of butters? Some of this has to do with nature, too. Even something as straightforward as a fresh tomato has a completely different terroir that you can see and taste — and feel, if you cook it, too. The meat and fish of different lands and waters are something new, too. I went to a restaurant in Amsterdam also where a beautiful fillet of cod was barely seasoned and cooked too dry; it was placed atop some soft-cooked carrots and potatoes without sauce in a most unimpressive manner (but it was still fairly good). 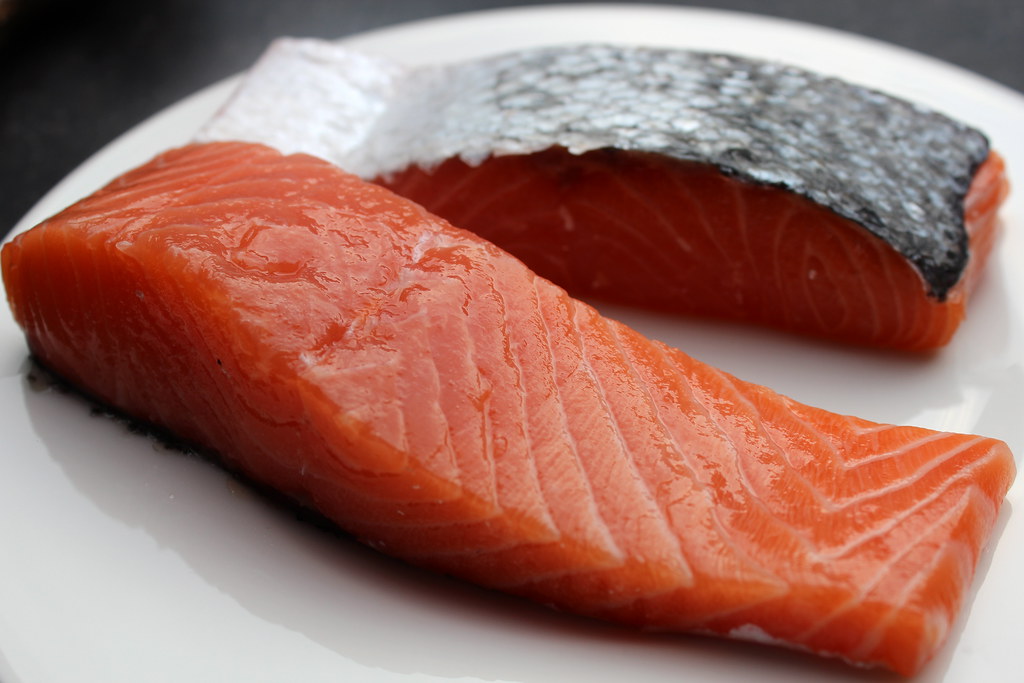 Here’s a simple, fool-proof menu for a homemade meal while traveling just about anywhere. I prepared it for friends in Amsterdam, and must have cost less for the total of ingredients purchased than that plate of poorly prepared fish in the restaurant. For the main dish, the seared salmon and sauteed zucchini, bear in mind that you’ll want to pick whatever the freshest, best fish at the market that day in that region happens to be (and if it’s not close enough to any sea, go with a nice hunk of red meat instead). The rest is simple enough to find anywhere. 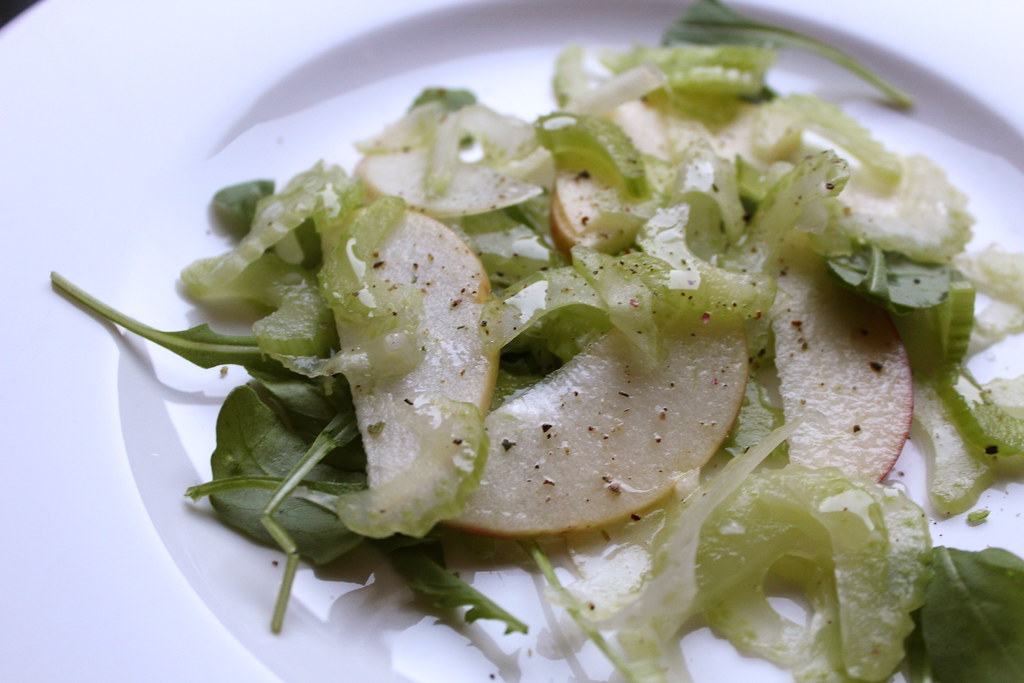 No need to peel anything, just concentrate on shaving off fine blades of celery and apples (or pears) with a handy chef’s knife, and toss it all together with a squeeze of lemon, olive oil, and sprinkle of salt and pepper. The modest ingredients end up looking very impressive, and each have a generous contrast of flavors. 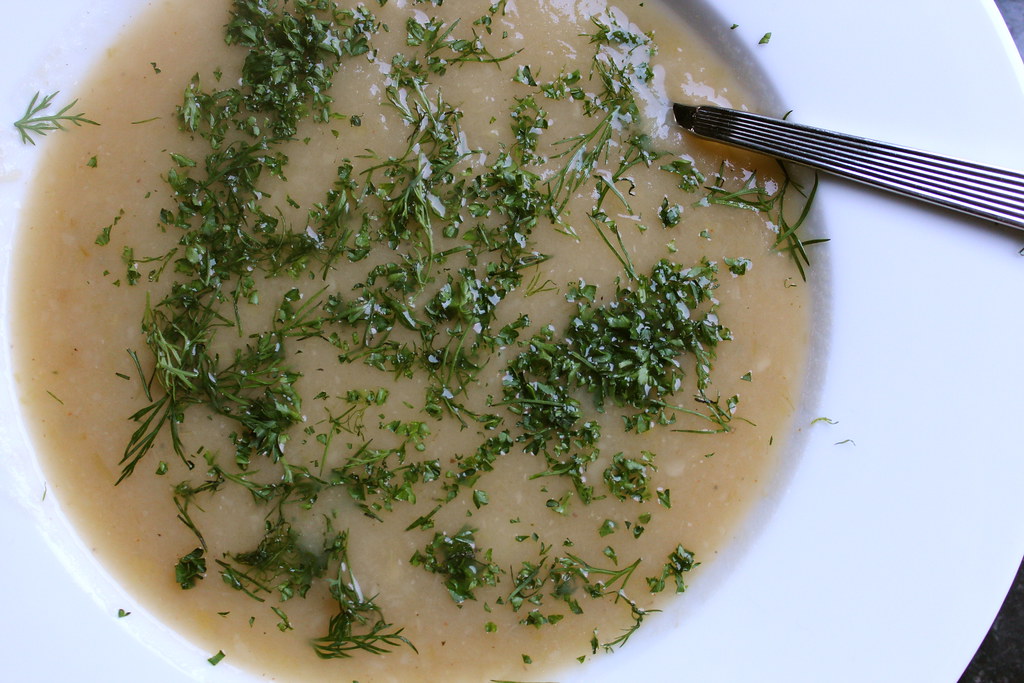 Who doesn’t love this anywhere you go? You can add flair by sprinkling a fistful of dill (or tarragon, or parsley) on each bowl, and the mild flavor of the softened potatoes and sweet leeks will stand out even more. That’s what I did, as well as making sure the soup simmered with its potato chunks for at least two hours, to develop lots of flavor and fall apart much on their own (there was no grinding device in the apartment, I discovered too late). 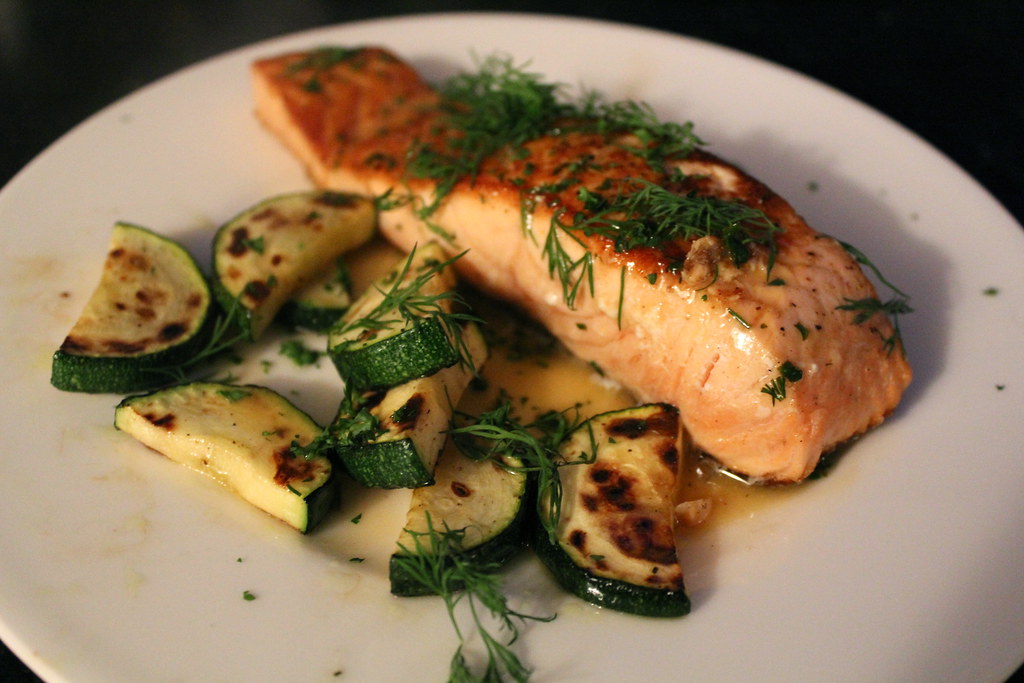 You just need a few mouthfuls of a really good, well-prepared fish to seal the deal for this meal. I shared a portion of this and felt so full afterwards, but didn’t want to waste one last juicy wedge of that salmon, which I like to cook (when it is as fresh, tasty and red as the Norwegian fillets I found in a seafood market there) very scantly if at all in the interior flesh. So easy, too — get a pan hot and add a slick of oil; place fish skin side-down and just leave it there until it’s crispy and the rest of the fish is cooked as thoroughly as you like. You can sear the opposite side if it’s a fat cut, but with thinner fillets like flounder don’t be too sure you need to keep it on long enough to crisp both sides — you probably shouldn’t. Oh and after it’s out of the pan, squeeze a couple lemons in the pan and swirl with a pat of butter and salt and pepper to taste to drizzle over your plates.

Again, improvise as you will, and don’t let this three-course meal in all its simplicity sway you from trying much bigger, bolder tasks, too. I usually save that for when I’m cooking alone, however, rather than try it on guests, too. Picking up strange tins and small jars of condiments and cured things as souvenirs, you can continue cooking while “traveling” even once you’ve come back home.