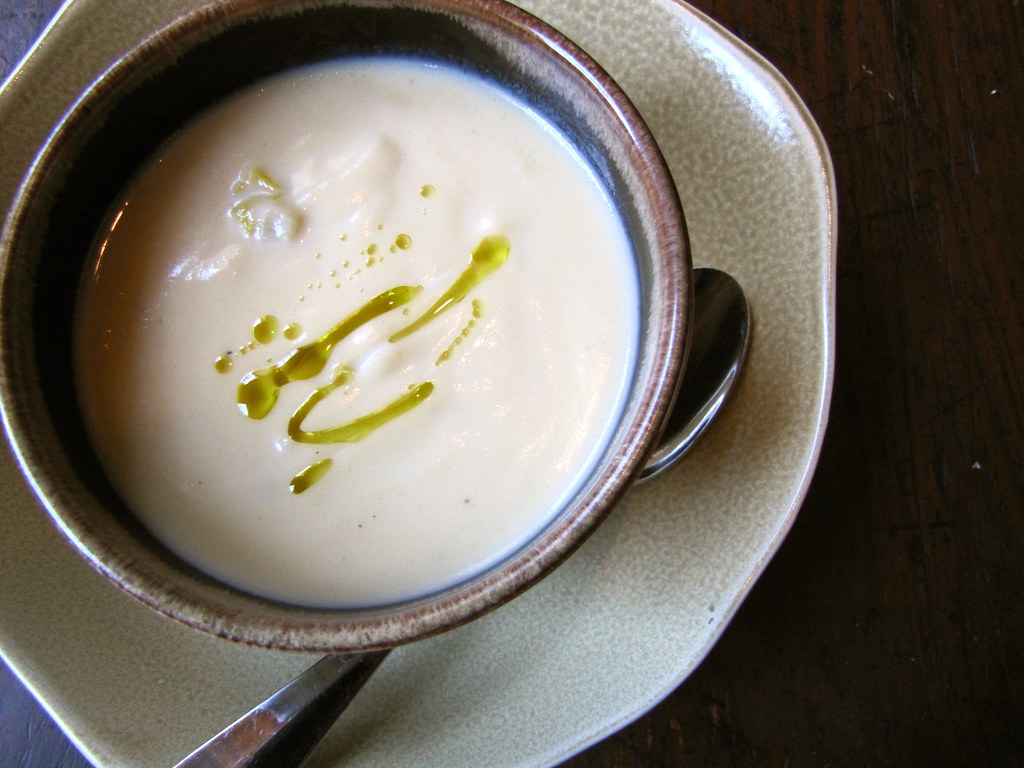 Rutabagas might not look like much — a discolored turnip, a rounded daikon — but they have a fierce flavor that certainly sets them apart from the rest of the root vegetable pack. Pungently bitter when raw, their tight-walled, yellow flesh dissolves after long simmering, releasing earthy aromas and a subtly sweet taste. It pairs perfectly with cream, butter and leeks, I think, and your kitchen will never have smelled better from the combination.


The plain sight of leeks at a winter’s farmers’ market makes me hungry for soup. This weekend, I was grappling with blustering winds, dogs fiercely pulling at their leashes (attached to my thankfully gloved hands), and a bitter, dry cold that kept my skin as dry as that alligator in the body lotion ad. But I managed to grab a bunch of large leeks from Phillips’ Farm, and the less-common rutabagas from an unfortunately sparse stand for Ray Bradley Farm (hit hard by the hurricane last summer). 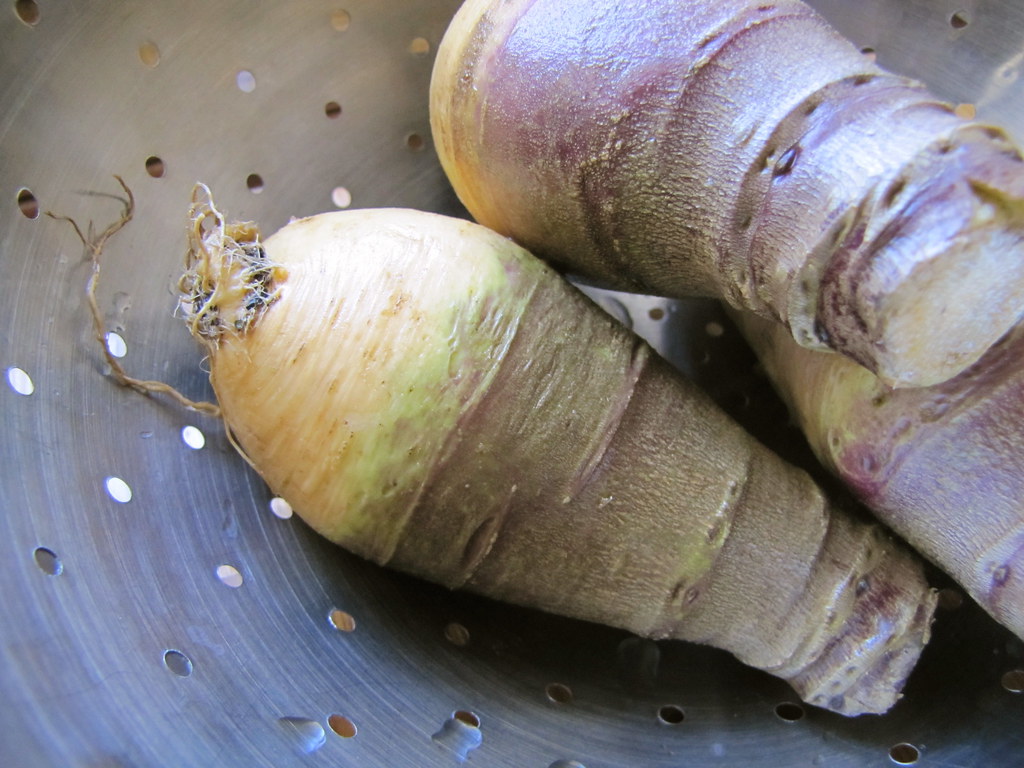 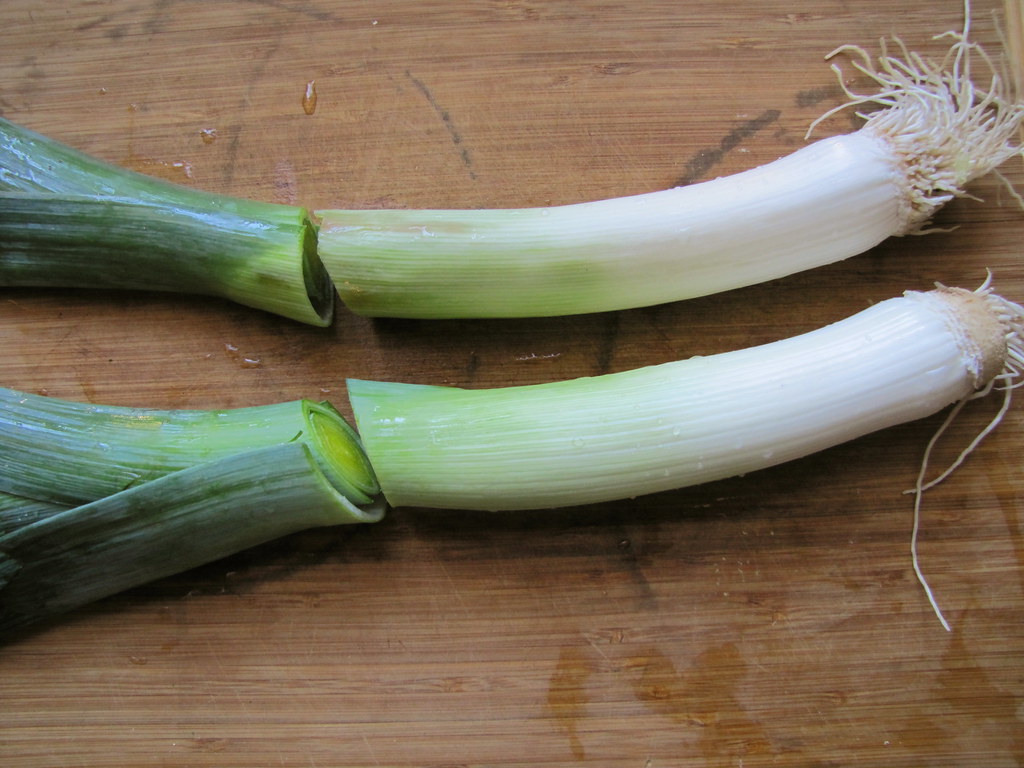 separating the light-green and dark-green parts of leeks

If you know how to make the classic potato leek soup in Mastering the Art of French Cooking, then you know how to make this. It’s easy as soup (that’s much easier than pie, right?). I may have used more leeks than rutabagas in the end, just because mine were so gargantuan, but that suited me just fine in the end (and my surprise houseguests who got a taste of the freshly made soup as well).

Leeks sweat in butter, diced rutabaga are added. A simple stock (can be made right there from carrot, celery, and the dark green leek tips too tough to use in the soup) is added, and the whole thing simmers about an hour. I removed a few spoonfuls of the chopped leeks from the bath before transferring everything over to a blender to puree it. Once added back, they lend slippery touches of texture to the silken base. A touch of whole milk, and seasonings to taste, and it’s done. 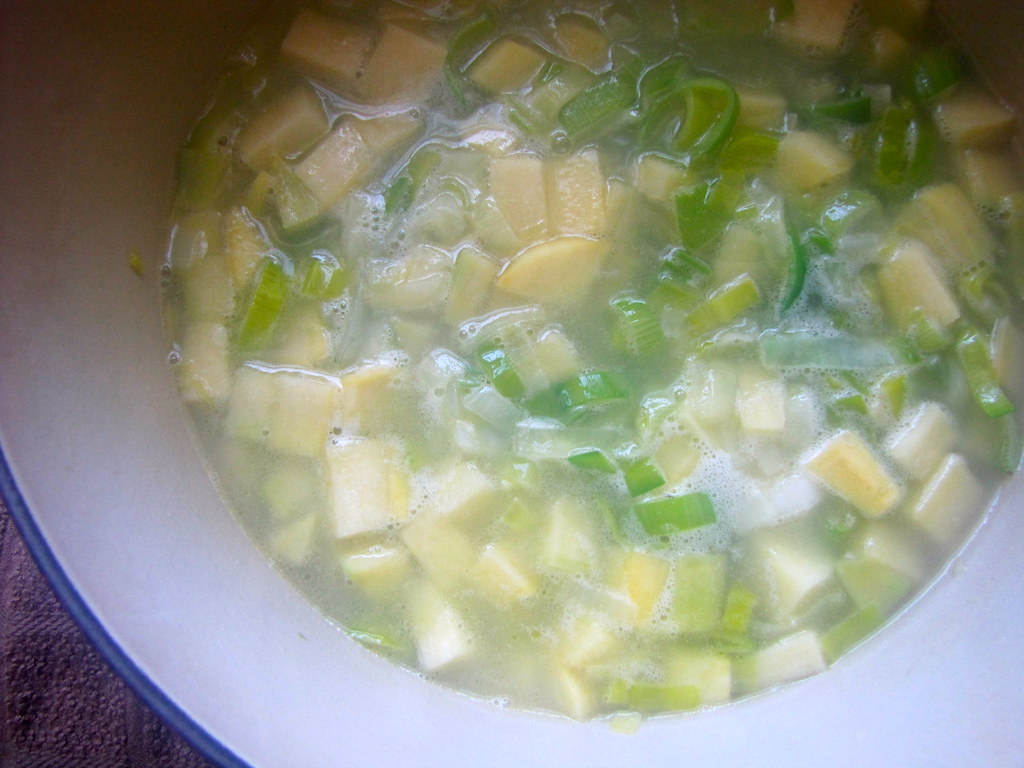 after an hour of simmering

The fun part of cooking with rutabaga is that nobody ever knows what the heck it is. This could be, on first guess, a cream of cauliflower, or potato leek soup made with yukon gold? Whatever it is, they concede, it smells interesting, and tastes even better.

Chop the leeks and let soften in a medium, heavy-bottomed saucepan or Dutch oven with the butter, about 6-8 minutes. Stir occasionally and add pinches of salt and pepper. Peel and dice the rutabagas and add them to the pot. Stir another minute, then cover with the stock. Bring to a boil, then reduce heat to a simmer and cook, covered, 45 minutes to 1 hour.

Reserve a couple spoonfuls of the leeks only. Transfer the rest of the mixture to a blender or food processor to puree several seconds until completely smooth. Transfer back to the pot and add the reserved leeks. Bring just to a boil again and stir in the milk. Taste for seasoning, adding salt and pepper as desired. Heat completely through, and serve.

Four brownie points: Rutabagas are pretty awesome for you. They’re packed with antioxidants, and have lots of fiber, potassium, calcium, and even some protein. Plus, they’re oddly filling, especially when combined with the richness of butter and milk (also good for calcium, eh?). I try not to indulge here by using heavy cream or half and half, and the soup is so thick (from the rutabaga puree) that it would seem using those instead of just whole milk would create a less desirable texture, for me. Try it and adjust however you like.

Nine brownie points: Hm, besides the salt and pepper, this appears a 100% local, organic, small farm-friendly dish. I do say it’s easiest to achieve this when using the least amount of (really good) ingredients as possible. Dairy came from Ronnybrook, which I’ve been frequenting at Grand Army Plaza because they’ve been bringing their cute new puppy, Murray, to the market with them lately. If you want to get really eco-thrifty with your purchases here, you could actually save the rutabaga peels and stems along with those leek tops to make your next stock with.