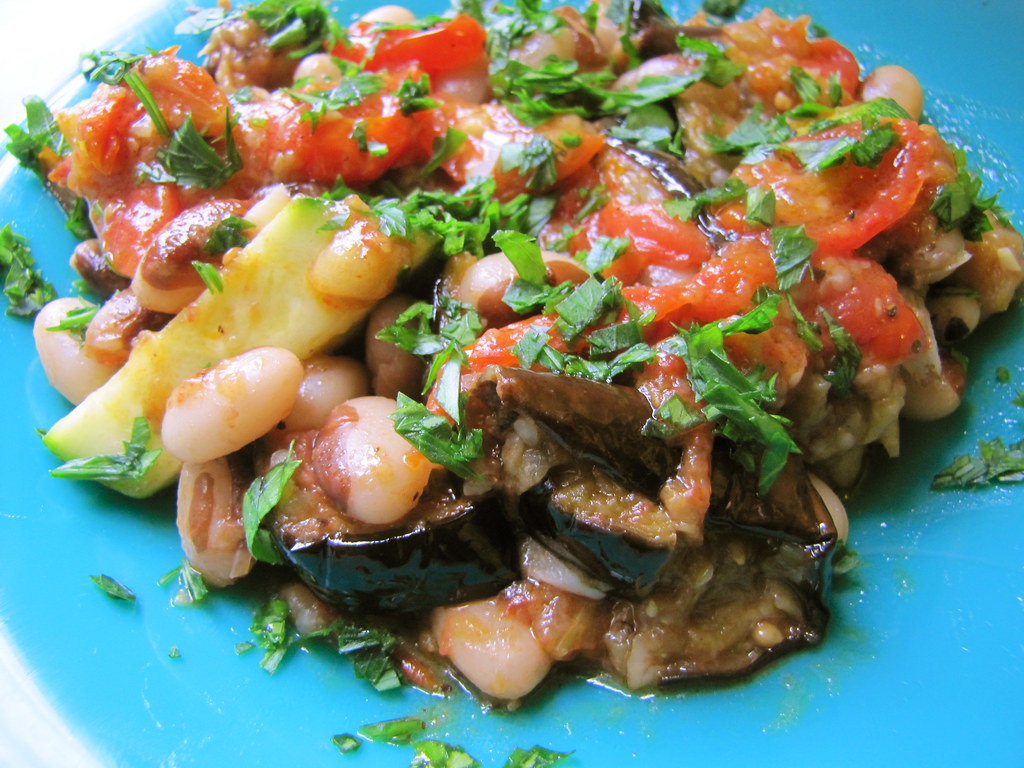 I had guests over for dinner last weekend and came up with a five-person entree on the fly. I’d zoomed through the Greenmarket, picking up a pint of multi-colored cherry tomatoes, a firm eggplant, and a couple small, pattypan squashes. These all went into a pasta with a hearty portion of Italian sausage from Flying Pigs Farm for the meat-eaters in the crowd. We all loved it. Loved how the dish was colorfully studded with well-sized chunks ‘o stuff. Loved the fresh tomato sauce. Loved the way the eggplant, roasted in rounds and added to the sauce later, melted to a custard to thicken it all, and clung to the al dente-cooked pasta. 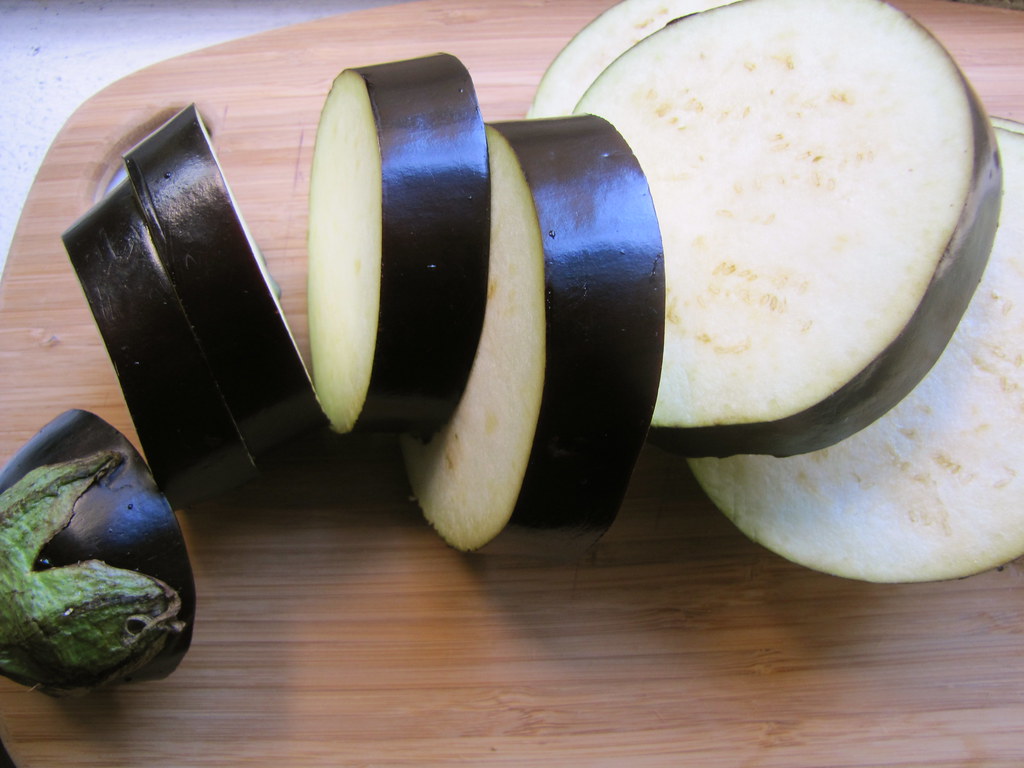 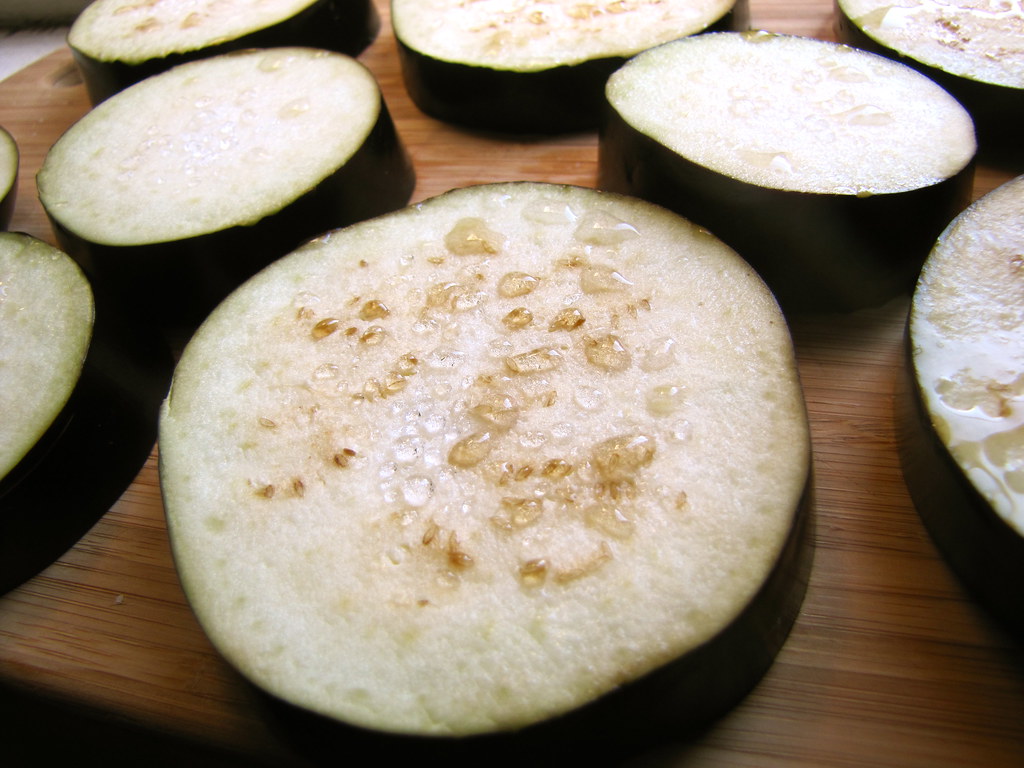 Then I went for a redux the next night, only without pasta — fearing that too many starches were catching up to me — but delicately cooked heirloom beans. It was even chunkier and heartier than the original, but just as bright and delicious. 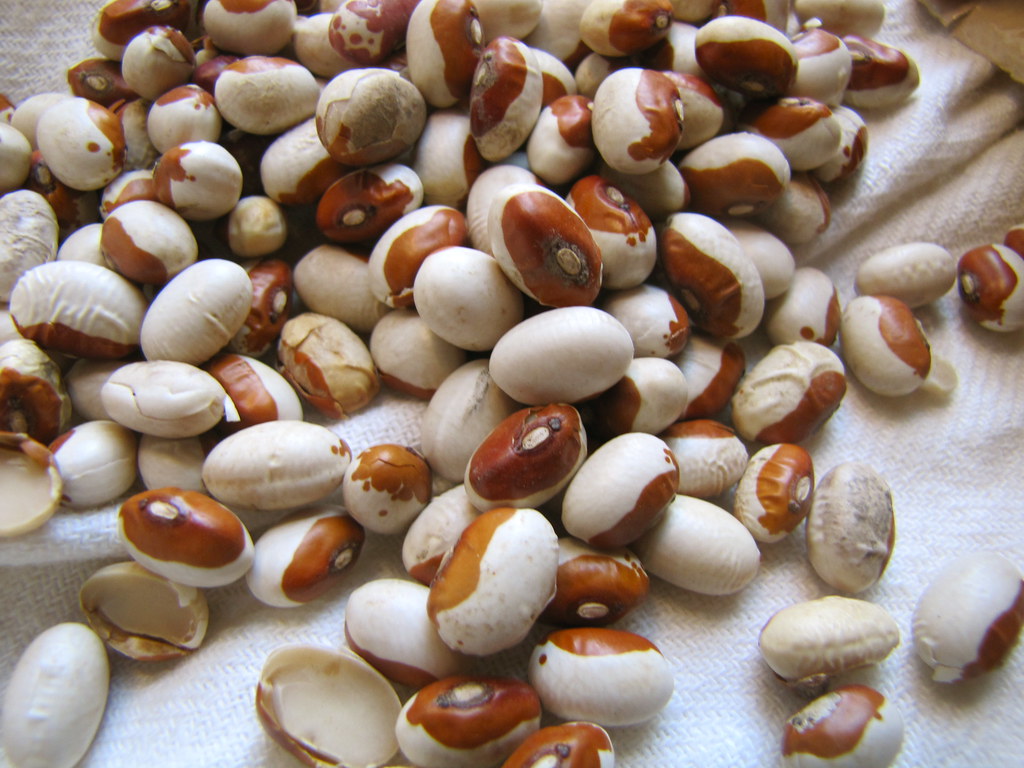 I thought it was one of the simplest things I could think of to make for dinner, but fellow eaters were curious about how it all came together. It occurred to me that it takes some finesse as to when to add the eggplant, the zucchini, and your main carbohydrate — be it pasta or small beans. Here’s how it all went down, and if you can get your hands on some nice, earthy-tasting dried beans, you’ll be in for an interesting twist on an otherwise average summer pasta dish. I certainly enjoyed the second-day version with this replacement enough to boast.

Best part: I made much more of this than I needed to eat, so I put the rest up in a mason jar. The mixture of savory cooked vegetables and beans, I think, will make for a killer soup when cooked added to a homemade chicken stock that I’m sure I’ll get to make in the winter soon. A little taste of the summer, for saving.

Spread the eggplant rounds in a single layer and sprinkle each with sea salt. Let sit for 15 minutes, until droplets appear on the surface. Preheat oven to 375 degrees. Give each eggplant a squeeze to extract dark juices, and coat with freshly grated black pepper, 2-3 tablespoons olive oil, and salt on each side. Place in a single layer on a roasting pan and roast on each side about 10 minutes, or until lightly browned on each side (flip once during roasting).

Transfer the roasted eggplant rounds to a cutting board and slice each in half. Add to the tomatoes along with the chopped zucchini and strained beans. Cook, stirring occasionally, about 5 minutes or until the zucchini just becomes tender. Taste for seasoning and add salt and pepper as desired. Add the lemon juice. Serve with a garnish of the chopped parsley.

Two brownie points: If there’s any time to make a satisfying, meat-free, guilt-free meal, it’s harvest season. Sweet, grape tomatoes are still around, even if it wasn’t such a great year for the bigger, heirloom tomatoes in this region. And eggplant adds a distinctly savory, almost spicy flavor that goes so well with it, you’ll wonder what all the fuss is over sausage and meatballs. This meal ties in zucchini for extra potassium and Vitamin C, and some fresh parsley for a dose of Vitamin K. It might look similar to ratatouille, but with such lightly cooked zucchini and the addition of beans, it’s a one-pot meal with everything you need.

Nine maple leaves: It turns out the salt, pepper, red pepper flakes and olive oil were the only non-locally sourced ingredients for this one. It’s easy enough to find grape tomatoes, zucchini and eggplant in any grocery store throughout the year, but I’ll doubt they’ll sate your tastebuds as much in a simple dish like this when they’re not at their peak, and freshly picked from a farm near you at this time of year. The tomatoes are especially important to this recipe — so juicy were the bright, multi-colored little globes that I’d gotten (from Berried Treasures farm at the Union Square Greenmarket) that they made plenty of liquid sauce to coat everything else. I’ve had some not-so-sweet, drier-looking grape tomatoes that needed all the help they could get from a conventional supermarket pack before.