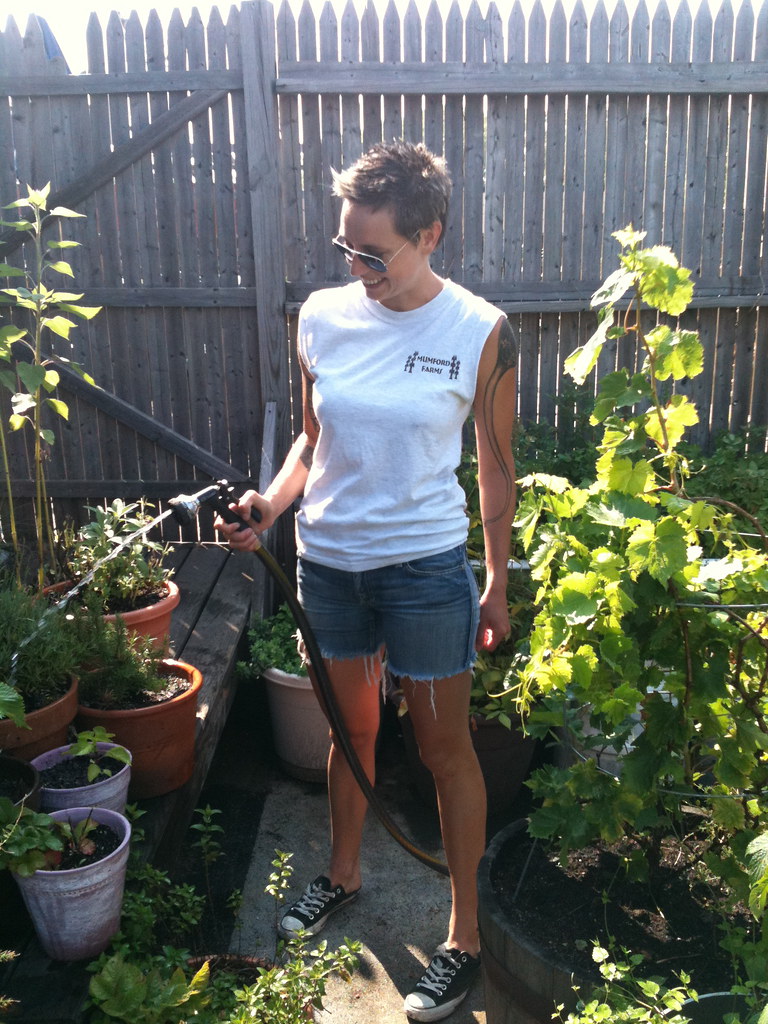 There’s a lot of excitement in the city, but sometimes you have to step back from it for a while to see the big picture behind the Big Apple. That’s what happened to Anna Mumford, who’s working on a documentary film, Mumford Farms, now in its final leg of fundraising. After working tirelessly for various food justice causes and filming urban farms, local food advocates and events, she took a stint on her family’s farm in Indiana, and came back with a sharper sense of how our food system works.


The six-generation family-owned farm is, as Anna’s father explains in the film, representative of what happened to a lot of farms in the area. It began as a diverse produce farm, growing fruits and vegetables that would be sold to its surrounding area for food. Nowadays, it only grows corn and soybeans for industrial uses, although one uncle of Anna’s has recently reinstated a livestock operation. What’s the future for Mumford Farms? Anna wonders, as her parents’ generation reaches retirement, and she ponders the possibility of growing real food on it again. The future of Mumford Farms is representative of what’s in store for our larger food system, too.

I had the pleasure of having my garden watered by Anna this morning, and got caught up on this project. Stay tuned as Anna completes the film, and become a supporter of the project if you’re a fan on its Kickstarter campaign. We were lucky to catch a sneak preview of an excerpt from Mumford Farms at the last Hungry Filmmakers screening, in April. You can see more excerpts from the film in progress here and here, too.

Back to urban gardening for now!