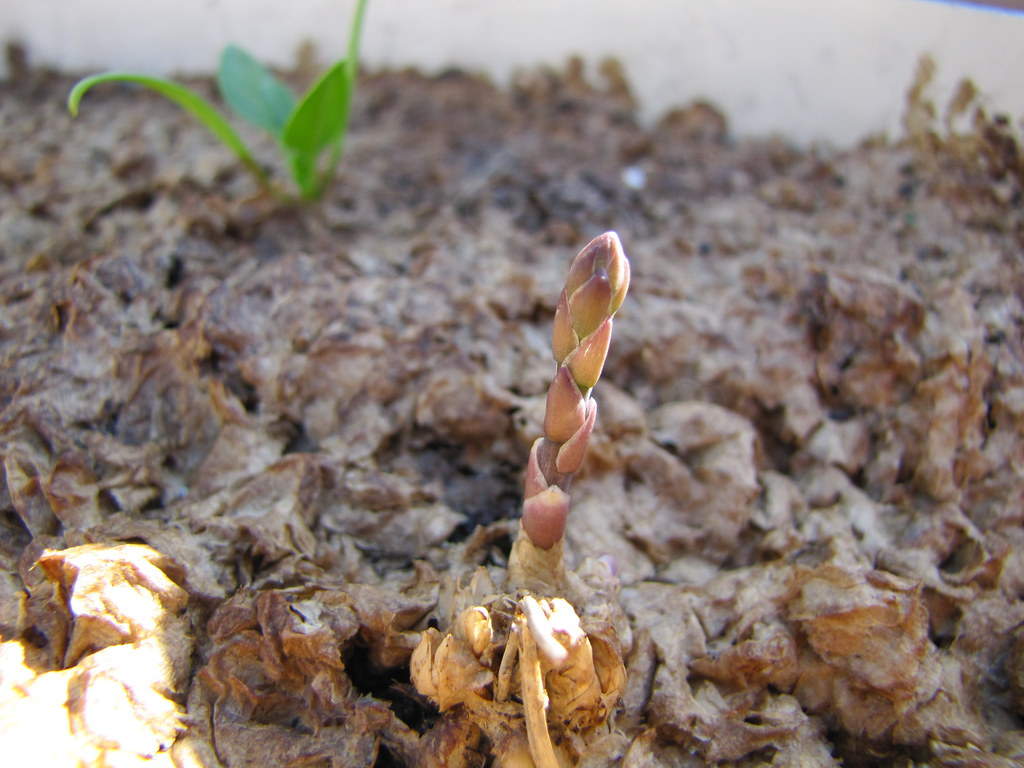 Last week, I called upon food bloggers to enter a spring-themed recipe contest. Believe me, I could not have been more impressed by the posts that followed. True, there were only four but I’ve always thought that quality far trumps quantity — in recipes, in life, and in food blogging (and live cooking) contests, as it were. Congratulations to the following blogs who made do with spring ingredients in the following tasty tidbits. And see who won below!


At Wong Vivant, Michelle made a gorgeously green lasagna, with Swiss chard, ricotta, mozzarella, parmesan and bechamel sauce, and her own pesto made from radish greens, arugula and walnuts. The radishes themselves she’d save for salads with most of the fresh, young arugula she’d bought. Michelle admitted she’d stocked up on more than she normally does at her farmers’ market in DC, but it was just that time of year when she’d begun to see more than just crates of apples. Major props to her for using those radish greens, and in such a delicious-sounding way. 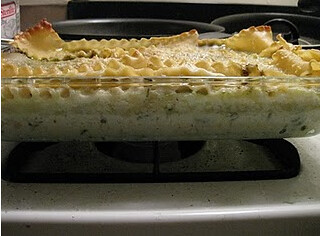 At Come Help Me Eat This, Jessica also made an unconventional pesto… with carrot tops! But that’s just the beginning; she also found asparagus and fiddlehead ferns and deep-fried them in batter, and made lamb and beet-studded burgers with mint, and served them with farmstead goat cheese, arugula and said pesto on a local bakery’s bun. But not only is lamb “springlike,” Jessica talks about how lamb tend to be more sustainably-raised than beef, and uses it in a comparable ratio to vegetables in the finished meal. 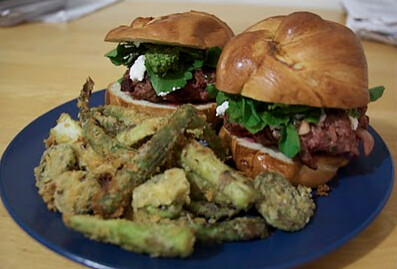 photo courtesy of Come Help Me Eat This

At Herbie Likes Spaghetti, Bryan, YiRan and Herbie went for the dessert category with a sustainably-sourced sundae. They made their own ricotta gelato, which in itself is quite an achievement, then went onto serving it with a local apple compote and buttery brioche toast. But the best part about the recipe post for me might just be reading about their burgeoning fascination with shopping at the farmers’ market — for the quality of the foods they find, and an appreciation for the thoughtful, hardworking farmers. 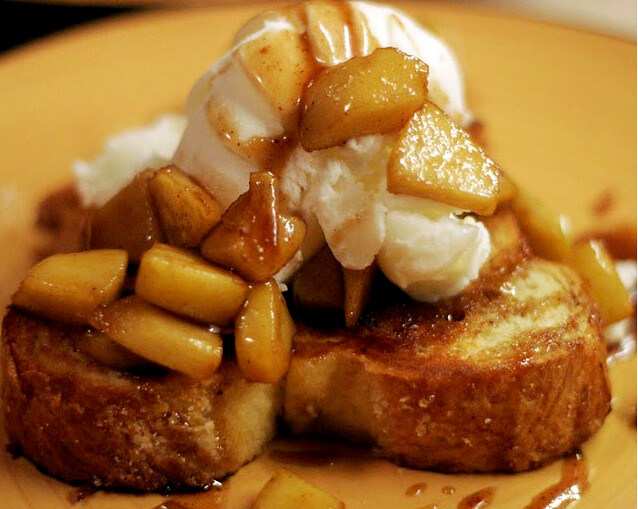 Dave of Dave’s Kitchen clearly concentrated on what’s most sustainable, most springlike, as well. In the end, he came up with batter-fried fiddleheads, served with homemade aioli with fresh chives. No, I have never heard of frying fiddleheads in batter before either, and yet two contestants here made delicious examples of it. Great minds… Anyway, Dave gives tips on how to make a thin batter and dip the fiddleheads in order for their curlicue shape to remain visible after frying; he also says of making the aioli, “Making it was so easy I’ll think twice before picking up that next jar of flat-flavored mechanical mayo from the grocery store.” 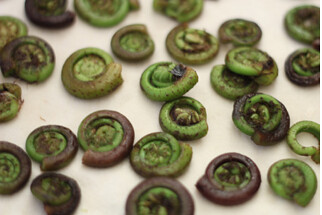 So, who won the contest? First, what did they win? The prizes for this contest were offered up by Ger-Nis Herb and Culinary Center in Brooklyn, where I’ll be teaching a class. Only, the class that I had originally offered as one of the prizes for the winner (the second being a $50 gift certificate to any class there) no longer exists! Sorry to say, but “Food Blogging 101” had to be cancelled on the center’s calendar. Regardless, I’ll be teaching a vegetarian dumpling workshop later on in July, using fresh summer veggies. And the winner of the Sustainable Spring contest will receive two $50 gift certificates to any classes at Ger-Nis, instead.

Finally, I didn’t judge the contestants’ blog posts above; that arduous task when to Nissa and Tina, organizers at Ger-Nis. They loved them all, but had to come up with a winner. And first place went to…

Dave! He gets vouchers for two classes of up to $50 in value, so he can go on to mastering other odd greens, hopefully.

But there’s a second place, too. Nissa and Tina just had to give another $50 class gift certificate to Jessica at Come Help Me Eat This for her smorgasbord of spring. I’m sure it’ll be well spent, too.

Thanks to the other entries, and hope you have a much better time finding (sustainable) spring ingredients from now ’til summer. I think you’ve all just inspired me to go make a lasagna with fiddleheads and lamb, and finish it with ice cream. Good day!