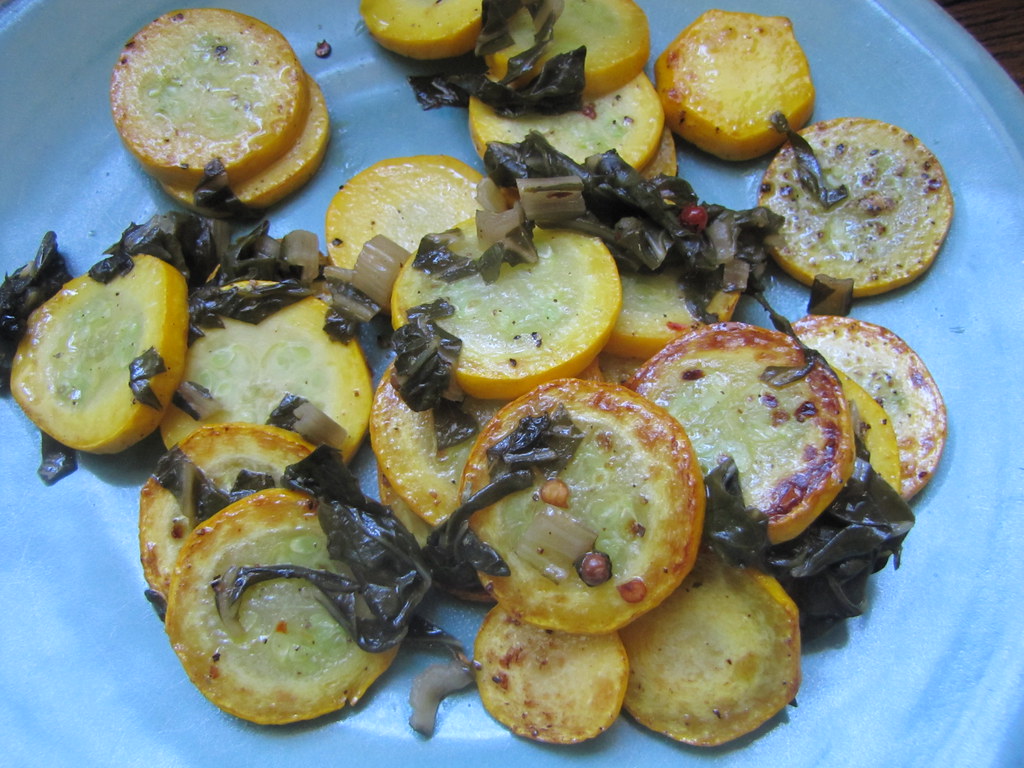 I was inspired to do this by one of my favorite Chinese condiments, pickled mustard greens. The greens are finely shredded, brined with salt, vinegar and soy sauce, sometimes chiles, and in some cases, slightly fermented before going into a can or a jar to be preserved. Then, they’re served with almost anything: stir-fries with tofu, a bowl of noodle soup with sliced pork, and, when I was little, sometimes just sprinkled on top of a bowl of hot, soupy leftover rice. It’s kind of like sauerkraut, only leafier. Or kimchee, only shredded finer, and not as spicy, garlicky and gingery. You get the drill.


Well, I didn’t have any mustard greens handy but I have a healthy stock of Swiss chard growing in a bathtub on the roof. It may taste milder than its bitter, mustardy cousins, and it may have a more delicate texture as far as leafy greens go, ideal for sauteeing lightly and leaving it at that. But so what? I presume this isn’t the most smart use for the well-liked chard; it’s often cooked simply and served as a side. But ’tis the season for putting up what’s plentiful. That includes arugula, okra, plums, and I’m going to have to do another batch of peppers real soon. 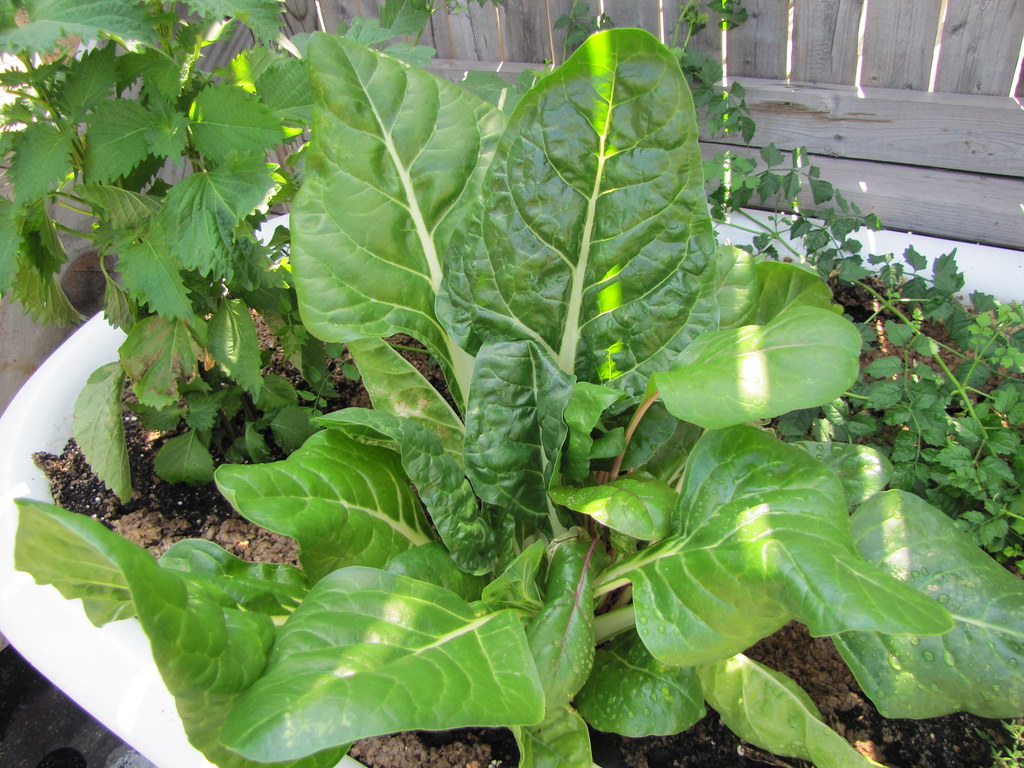 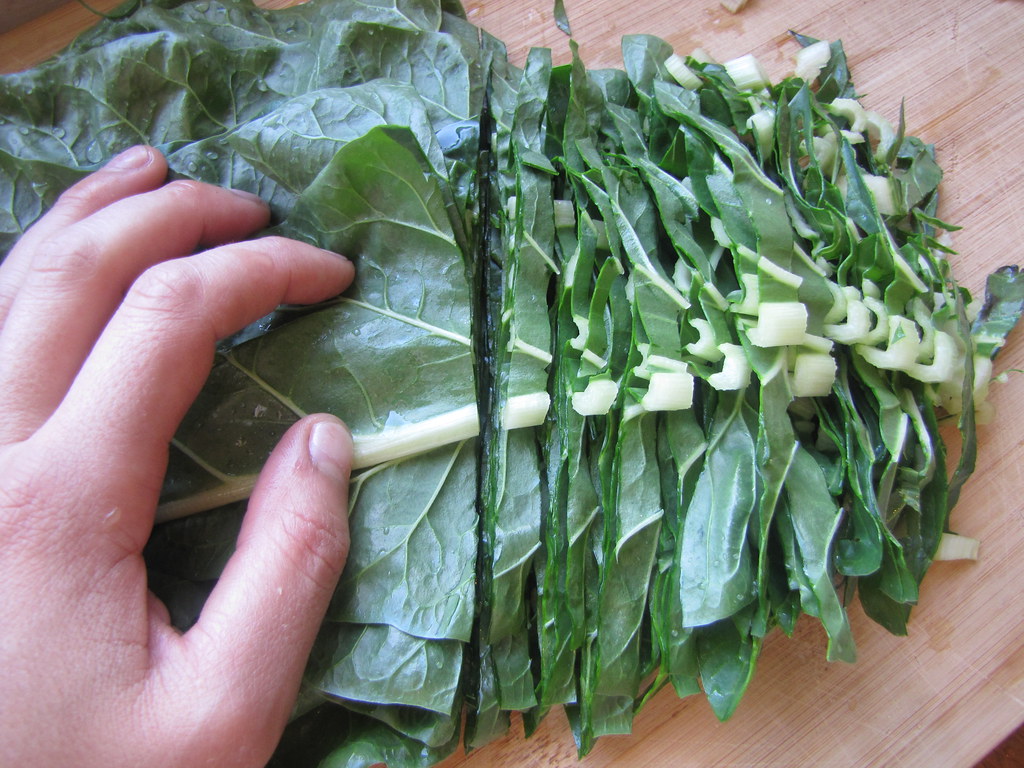 chopped up and ready to use for anything, even pickling


I skipped the fermenting step that’s common in Chinese pickled greens, and went with an all-purpose pickling solution: just put it in a jar, with vinegar and salt. The additional spices that went into this were simple: some multi-colored peppercorns, and coriander seeds. Just to give the chard a more “peppery” bite. I used rice vinegar for this batch, although I think white vinegar would substitute in just fine, remembering that it has a higher acidity, and you could get away with using slightly less than the recipe below calls for. 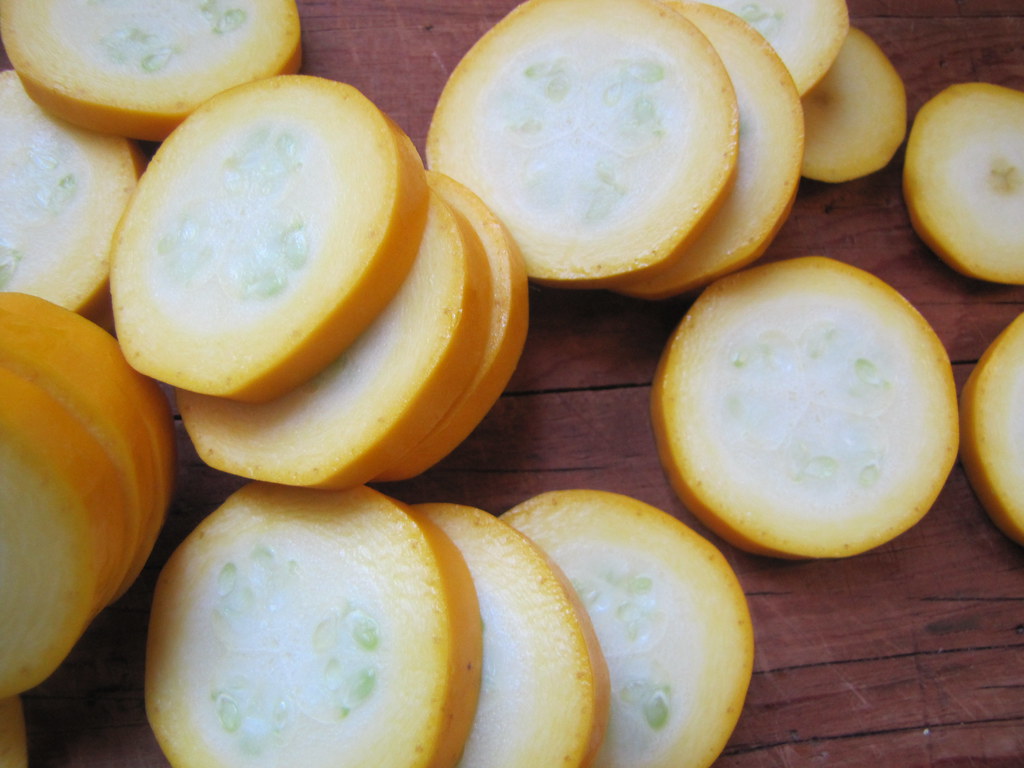 With something as instantly salty and pungent like this, adding a pinch to tofu is a great way to start. It can add punch to beans, too, especially if you’re a veg-head and another classic flavoring for it — pork — is not an option. I sauteed some cooked runner beans (aka extra-large cannelini) with garlic, olive oil and some of this stuff. A perfect plebian meal. With potatoes? Alright, go ahead and add lots. Most recently, I added a tangle of these pickled greens to sauteed yellow squash from the market. It added a complexity that was welcomed after weeks of eating these fresh gourds raw. 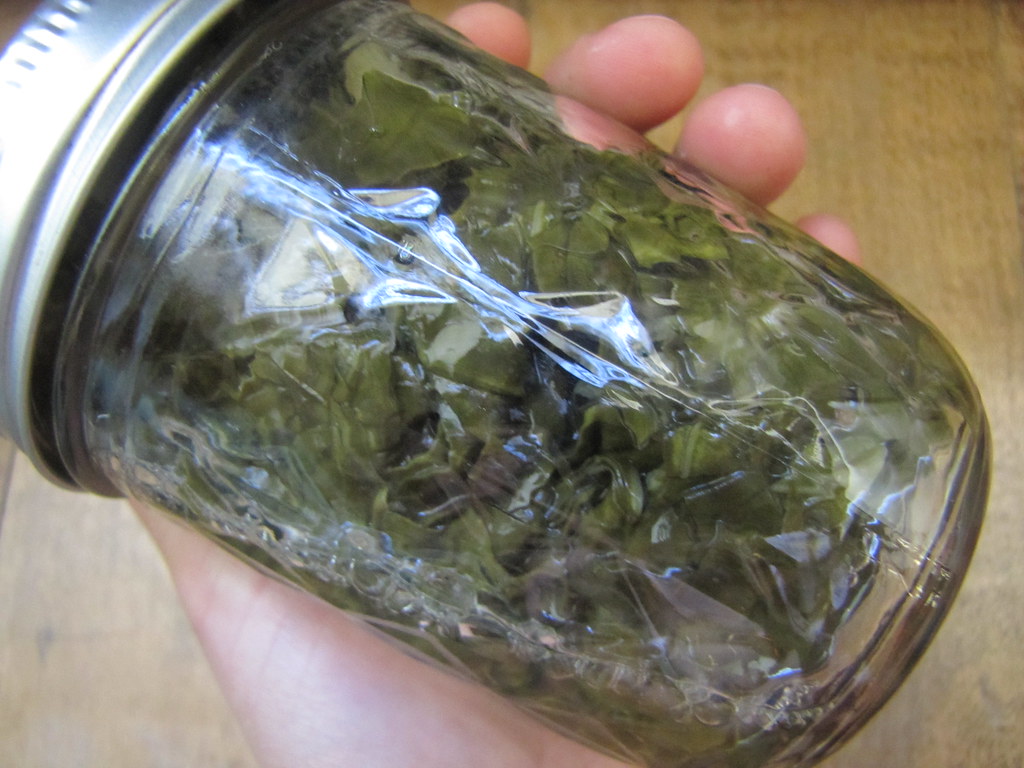 the jar of potent pickled greens

I think these are a great way to spruce up just about anything, and a little goes a long way. Once colder weather hits, I’ll be tossing this into mirepoix for soups and stews, probably, too. If you’ve got mustard greens, Swiss chard or something else leafy and green like it, maybe kale, I can’t see why putting it into a jar in this fashion wouldn’t work, as well.

Sterilize your mason jar by submerging it in a pot of boiling water and boiling for 10 minutes. Meanwhile, combine the vinegar, water, peppercorns and coriander seeds in a small saucepan and bring to a boil.

Drop the Swiss chard into a pot of boiling water and remove with tongs or a strainer after 5 seconds. Remove the mason jar from the boiling water with tongs, and stuff the Swiss chard inside. Fill jar with the boiling vinegar mixture up to 1/4 inch of the rim. Screw on the lid tightly. Place upright in a pot of boiling water and process (let the water boil up to the rim of the jar) for 10 minutes. Remove and let cool. If jar lid has sucked in its seal, store in a cool place. Refrigerate after opening.

Cost Calculator
(for one half-pint jar)

Four brownie points: For a condiment, which you easily use as a healthier substitute for, say, ketchup, this is a pretty healthy alternative. Swiss chard provides plenty Vitamin K, as well as Vitamins C and A, good for your immune system. That said, it is pickled with plenty of salt, so you’ll want to weigh it into your salt use when you’re cooking, too.

Eight maple leaves: These Swiss chard leaves were grown on the rooftop at Sixpoint, so it can’t get more local than that. The same can’t be said for the rice vinegar, salt and pickling spices, but at least these were useful in preserving (rather than letting go to waste) a hearty harvest of some type of vegetable that was homegrown. Which was the ultimate reason for this recipe, anyway.