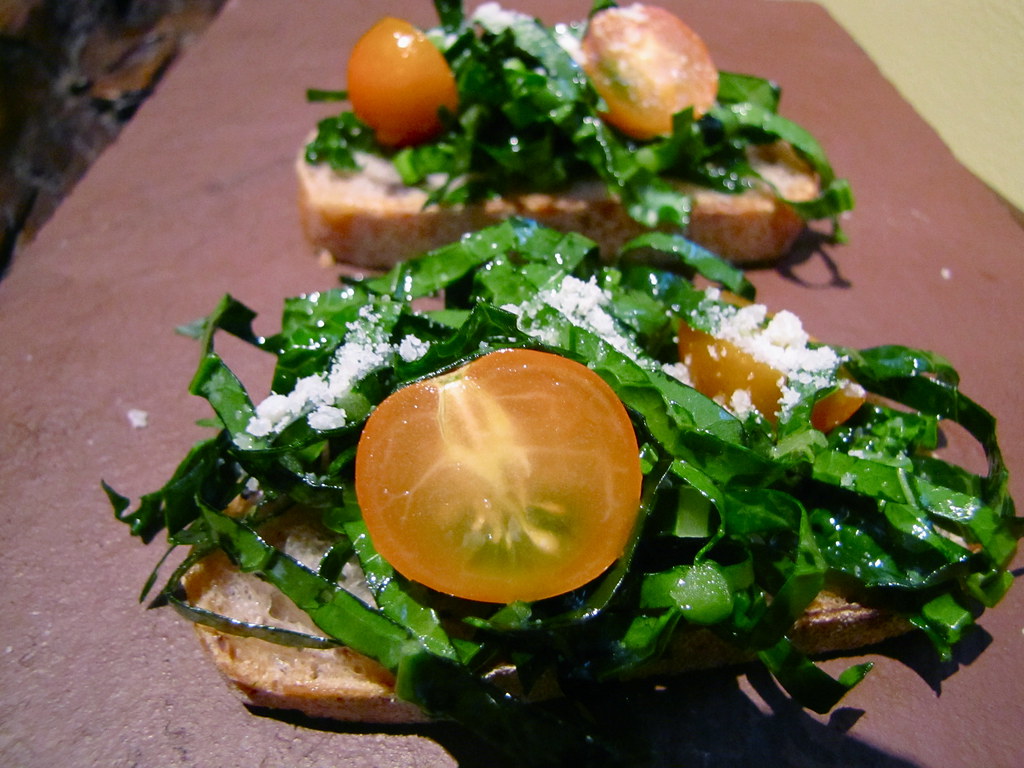 First it was this on a plate with leftover roasted almonds strewn about, a salad. Then it was this, transported to crisps of leftover bread, a crostini. Next it was this, stuffed into my cold burrito from a take-out place that I didn’t even go to (somebody else did, and gave me their leftovers). Soon it will be this, on leftover rice that’s stuck to a pot in the fridge. Basically, this is really good. Any way you serve it.


With leftovers is obviously okay. Similar to my kale and pomegranate seed salad of earlier this year, this dish cements my passion for eating kale raw lately. And I’m hoping to spread the love: above, each of these dishes were shared with friends (except for the burrito), who in turn loved it, and had never eaten kale uncooked before. The key is to have really crisp, fresh kale, that doesn’t feel rubbery but rather rigid, and creaks noisily when you ruffle it, like starched shirts. Dressed with a little oil, lemon juice and salt and pepper, it’s an enjoyably unique salad green, with a deeply vegetal juice and crunchy sensation. Add to that sweet sungold tomatoes, garlic-smeared toast, and a sprinkle of aged cheese, and you’ve hit a home run. 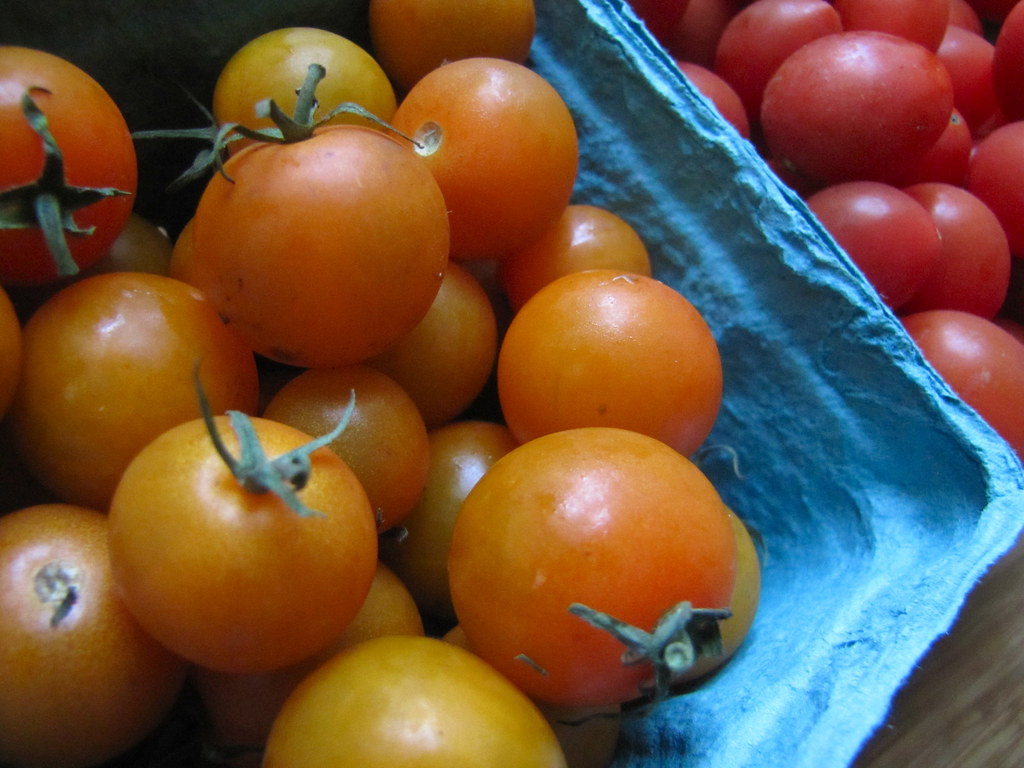 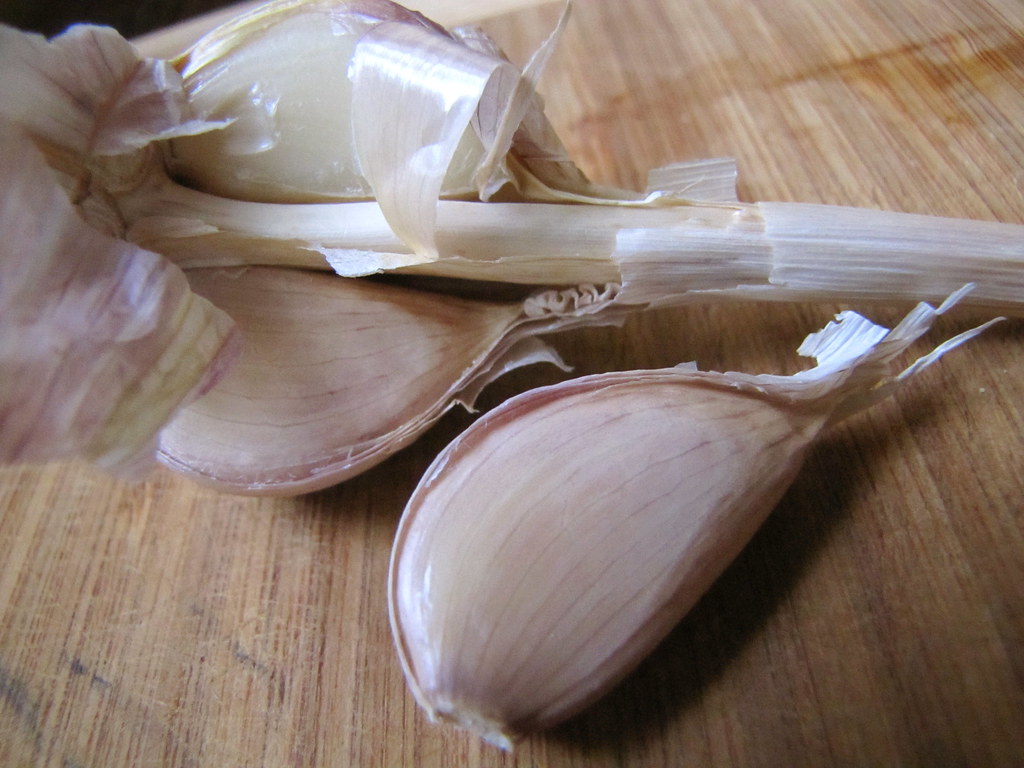 fresh garlic gets smeared on the toast

I’m also impressed by how long one bunch lasts when you eat it raw. When cooked, leafy greens shrink to fractions of their bulk. Eating it raw lets you savor one bunch over multiple, multiple uses, and you might feel like Popeye on steroids for the wealth of nutrients it gives you each time. This kale was so dark green and dense with vitamins it left behind oil green stains in the preparations above. 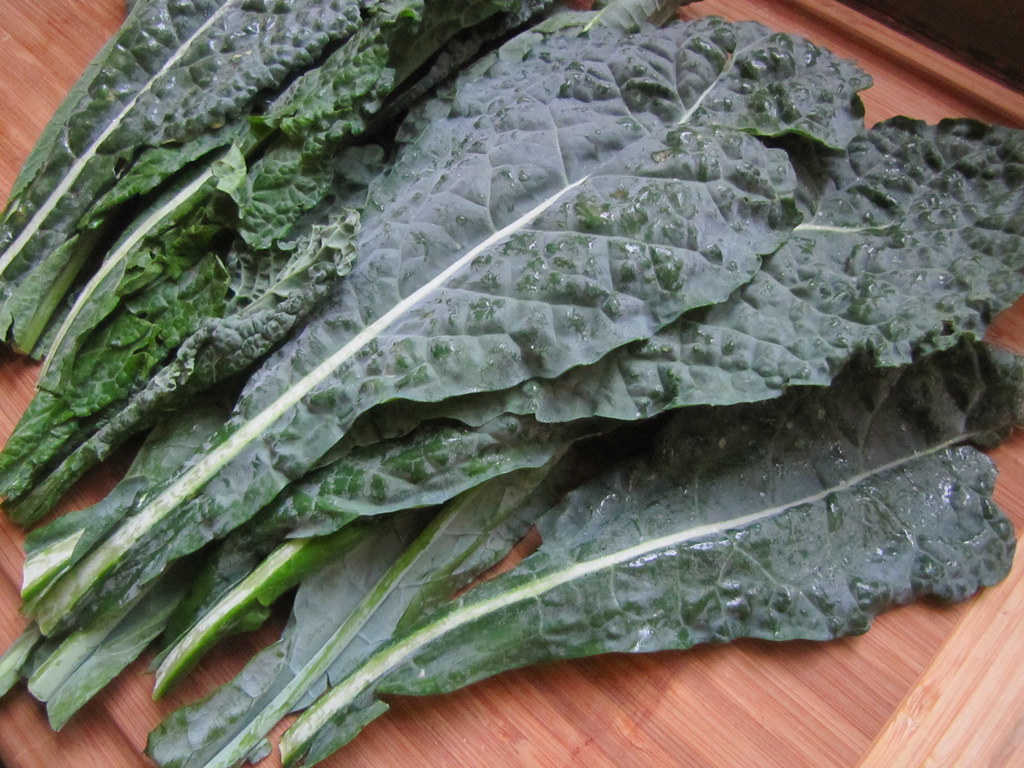 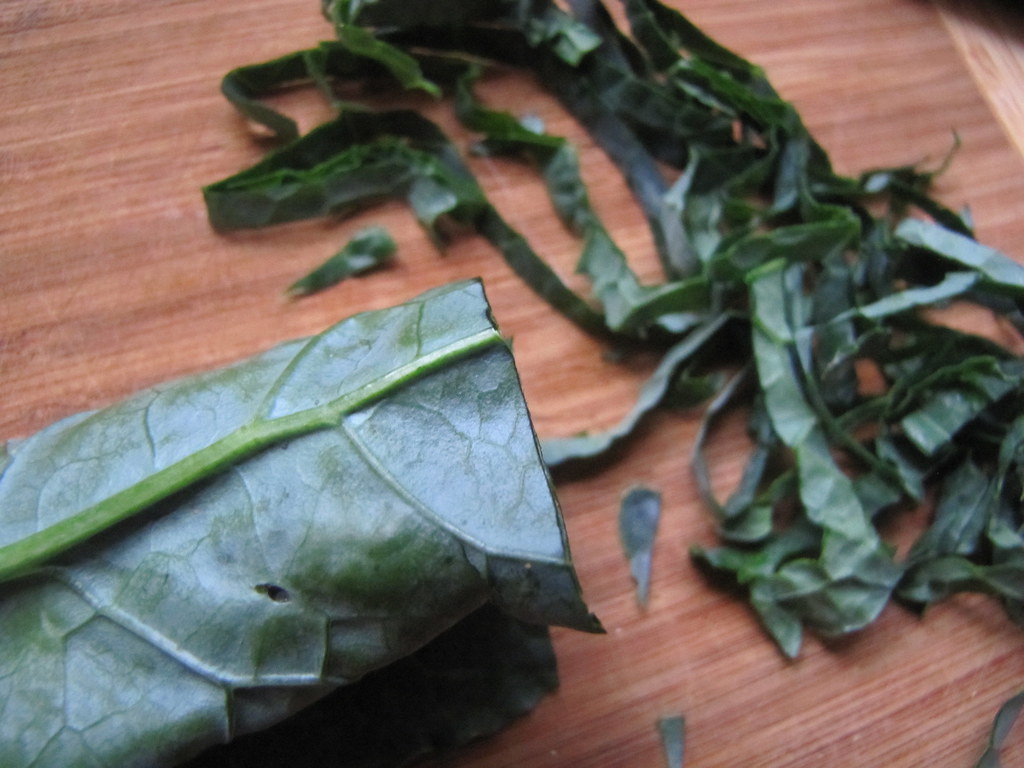 rolled up and shredded into fine strings

This kale variety is called “dinosaur” kale for its textured, broad leaves. The reptilian resemblance is intact (though they’re now saying dinosaurs may have actually been feathered instead of having leathery skins… whatever), but it’s anything but dated among vegetable-lovers. I think this delightful heirloom variety is just on its way in. I can’t wait to stumble across more at Greenmarket farm stands, where I found this, and see even more ways to prepare it at home or elsewhere. Oh, and seeds are also on their way.

Preheat oven or toaster oven to 375. Place bread evenly on a tray and brush tops lightly with olive oil. Bake until toasted. Cut garlic clove in half and rub exposed end over the tops of the bread.

Gently toss the shredded kale, remaining olive oil, tomatoes, salt, pepper and lemon juice in a bowl and taste for seasoning. Top each crostini with a small pile and sprinkle with grated cheese. Serve immediately.

Two brownie points: Lo and behold, a rare below-three brownie points! This territory is saved for only very special dishes, and here we have one, healthwise. Kale is a nutritional rockstar, which will cleanse you through and through from free radicals and fill you up to the gills with good stuff, like Vitamin K. Eat it for three days straight and tell me you don’t feel like Popeye on steroids. There’s minimal fats (from the olive oil) and sugars (from the sungolds), and they each come with their benefits, too. Then there’s minimal carbs, from the bread, which will help you fill up on this alone.

Eight maple leaves: Well, it certainly looks green, and it is, too, in theory, what with pesticide-free local veggies all from the Grand Army Plaza Greenmarket, and bread from there, too. My olive oil and cheese does not have such a nearby provenance, but were made with care, I’m told, in the old country across the pond.