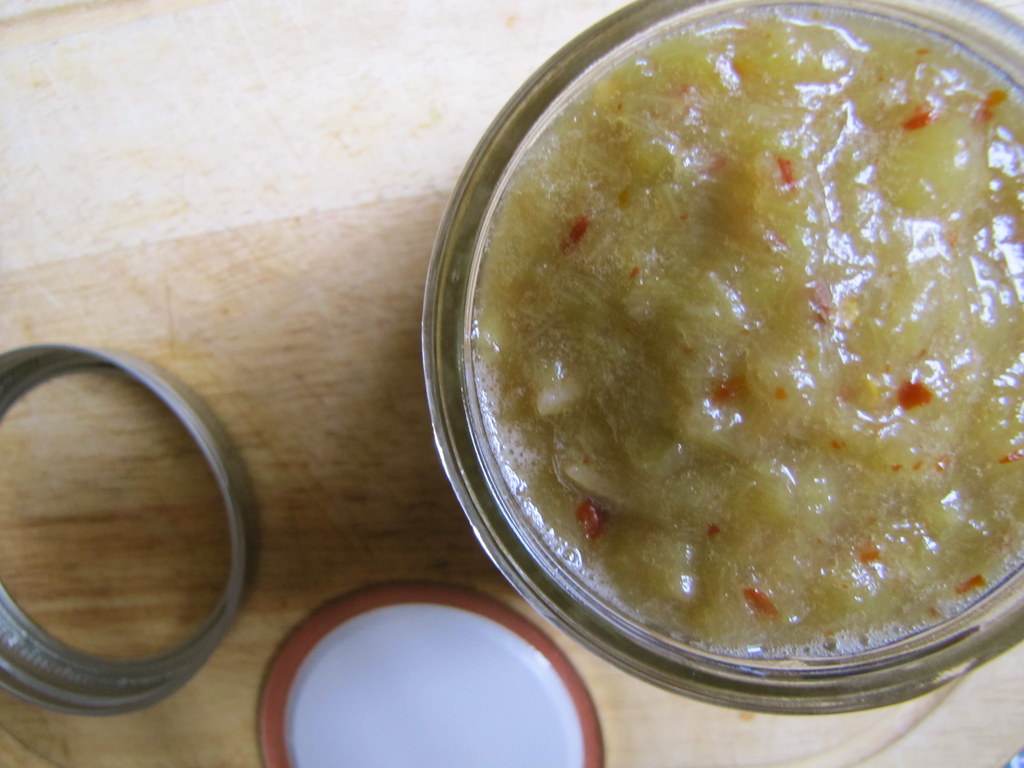 Sweet, spicy and sour, what a wallop for your morning toast. What a surprise for a spread with cheese on crackers. This jar will surely sit a special place in the fridge, one of the wacky, must-think-before-eating creations, right there with the kimchee-pickled beets. The good thing: one slick will go a long way. The bad thing: your tastebuds will become more tolerant to heat, as you’ll want to slick on more and more.


It’s a blessing and a curse, being able to withstand super spicy foods. Ever been in a restaurant and been disappointed when the “hot” wasn’t quite enough? Luckily, when you make your own jar of these preserves — or anything with a kick — you can adjust the spice to your preferred level (and, not to mention, the salt). Just taste as you cook, the hot version of this jam is actually great. 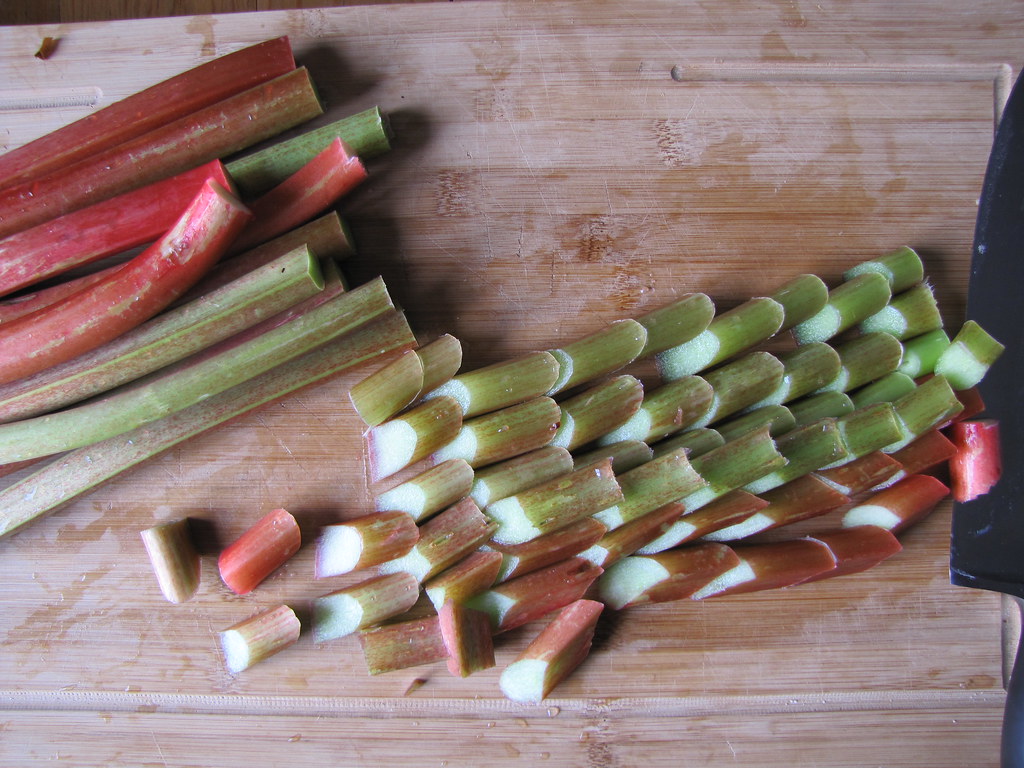 This was one of two rhubarb preserves I made recently, to use up a huge cache of rhubarbs that had fallen into my possession. As I described here on Markbittman.com, the first was simply rhubarbs and fresh mint (and was oh so yummy). But this flavor, with candied, julienned lemon peel and hot pepper flakes, was the most intense. It starts with fresh rhubarbs, chopped however big or small (they’ll just turn to mush for the most part), a torrent of sugar and a squeezed lemon half. The lemon juice, you can save for another use — I found the rhubarbs to be tart enough without. The fourth and final ingredient for this is just your average red chile flakes, however much you like. 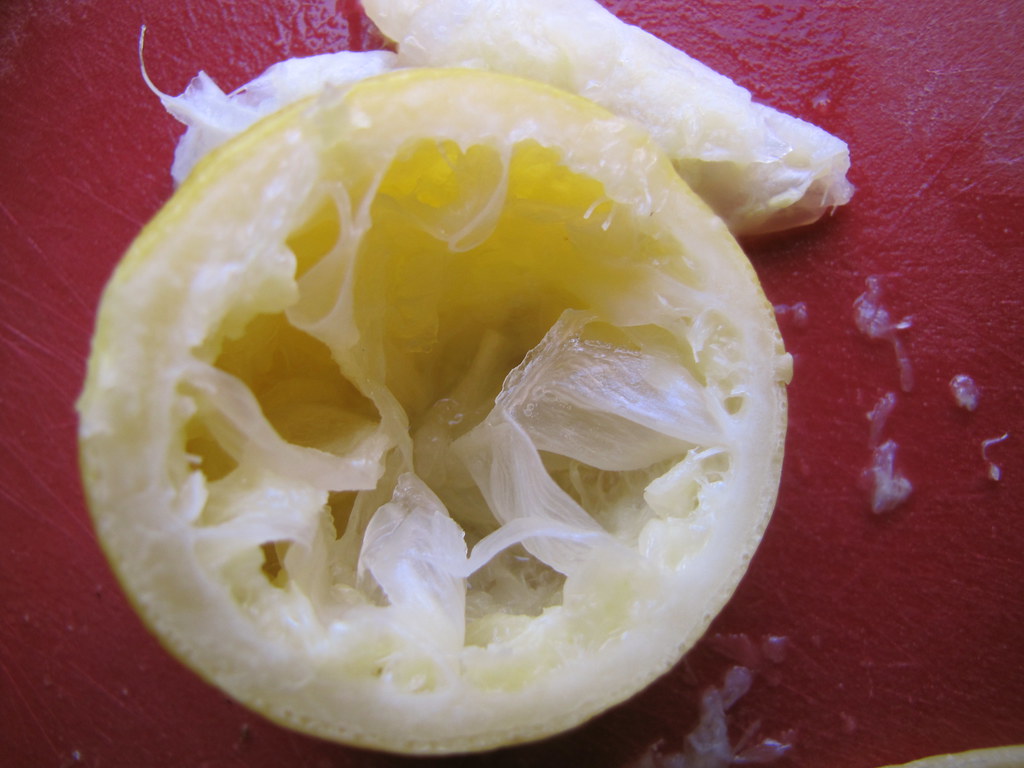 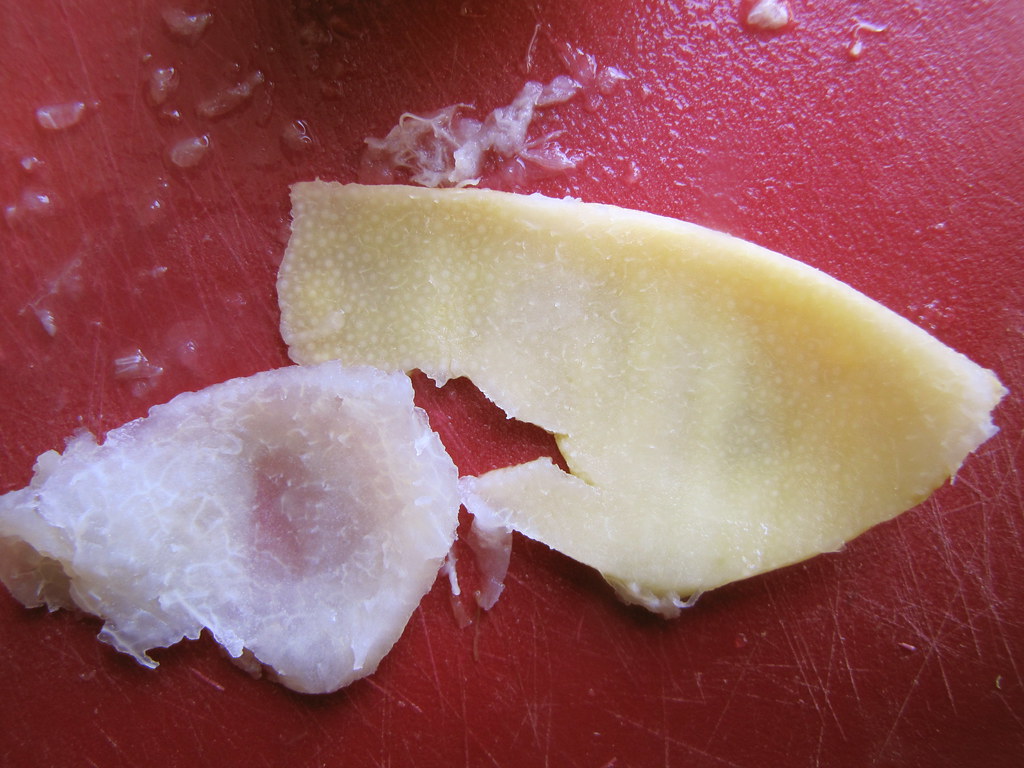 trimmed to just a thin wedge of peel


To reduce the bitterness of the lemon, you’ll have to bring it to a boil at least three times. Discard the boiled water and start again with cold, fresh water each time, and you’re on your way to making candied lemon peel. But instead of boiling it next in a sugar solution, the peel strips are added directly to the bubbling pot of rhubarbs, once removed of all but 1/8-inch of the white stuff (aka “pith”). Now they’re nice and tasty. Make a marmalade if you’ve got a lot. 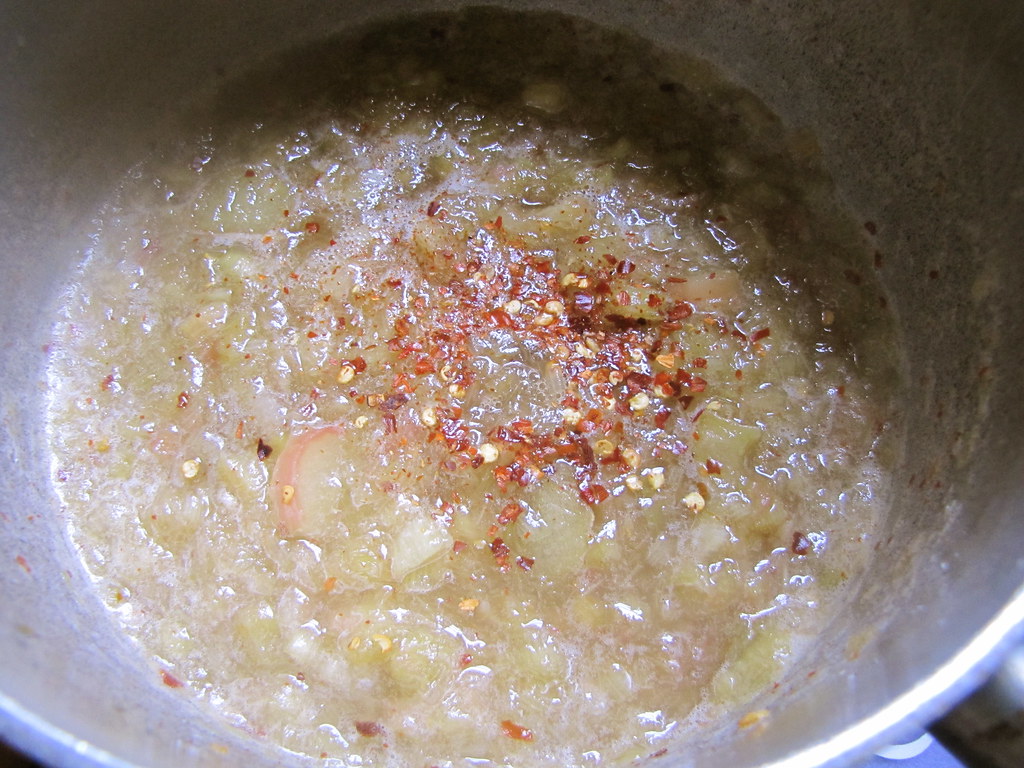 Many more fruits are in store for jamming and preserving this summer, and I’ve set my mind on peaches for something like this next. Then, if tastebuds keep softening up to spice, there’s always fresh chiles to jelly straight up, too.

Cut lemon in half and squeeze juice to reserve for another use. Place squeezed halves in a pot with enough cold water to cover. Bring to a boil, and drain water. Fill again with cold water and repeat bringing to a boil and draining three times. Let lemon halves cool. Peel away pith and trim the peel to no more than 1/8 of an inch from the outer surface of the lemon. (Any white stuff will be bitter, the translucent yellow stuff is what you’re aiming for.) Slice the trimmed peel into matchsticks.

In a medium pot, combine the rhubarbs, sugar, chile flakes and lemon peel and cook over medium or medium-low heat for 10-15 minutes, stirring occasionally. Taste, adding extra sugar or more spice if desired.

In a separate, large pot, sterilize a mason jar and its lid by boiling completely submerge in the water for 10 minutes. Remove carefully with tongs. Fill the jar with the jam and seal tightly. Place the jar upright in the pot of hot water (adjusting water level so that it just reaches the bottom of the jar’s lid), and boil for another 10 minutes to process. Remove with tongs and let cool completely. Jar can be stored at room temperature until opened.

Seven brownie points: Store-bought jams, jellies and preserves can be riddled with artificial ingredients and high fructose corn syrup, so go natural by making it yourself. That said, this one has a lot of sugar (it needed it, as constant tastings proved the lemon peel, sour rhubarbs and spice was off-the-charts), so it’s definitely a sweet splurge all the same. However, even cooked, rhubarbs provide Vitamin C, Vitamin K and some fiber, and a surprising amount of calcium.

Seven maple leaves: Canning, jamming and pickling is all about preserving the harvest, and that’s a more sustainable as well as economical move. It’s what compelled me to spend an afternoon in a hot kitchen to use up these rhubarbs (which were grown on a friend’s home garden), and I’m sure there will be hotter, stickier, sweatier rounds of jam-making to come. Reward yourself for the effort by making a cool smoothie with a scoop of some leftover jam.