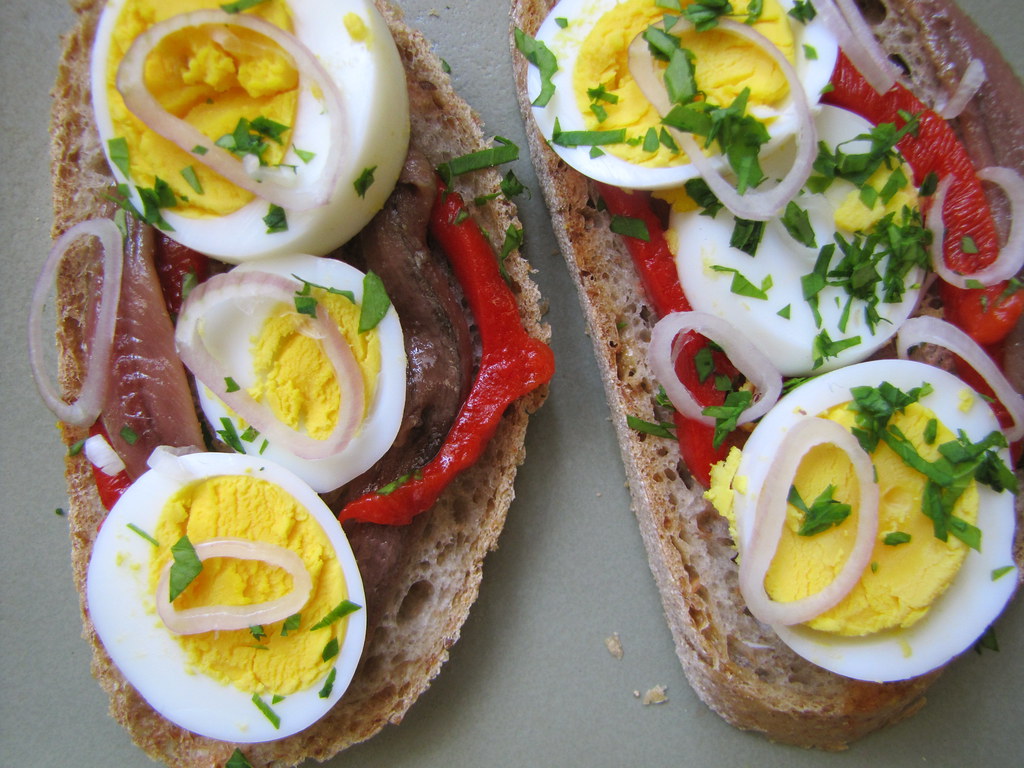 I love sandwiches. But I can’t remember the last time I made one with slices of cold meat. I suppose it’s partially reactionary, as I was sent to school with turkey breast, salami or ham tucked between two slices of bread each day growing up. Now it’s the fixins’ I care about most. The more, the merrier. And open-face means there’s no chance the sandwich will get smushed by an apple.

You know the dents and soak-throughs of regular sandwich-bread sandwiches I’m talking about. In any case, this sandwich, and particularly the open-face style, was inspired by a Danish lunch I helped cook for a couple weekends ago. Chef Trine Hahnemann, in town from Denmark, treated folks to an array of salads, sauces, hard-boiled eggs, hot meats, cold pickled vegetables and fish piled on slices of sourdough rye bread at Jimmy’s No. 43. It all starts with a slice of bread, she instructed. From there, you build your smorrebrod — open-faced sandwich. (Not to be confused with the Swedish smorgasbord, which means the sandwich (smorgas) plus the table (bord).) Just a simple switch to thinking of a sandwich like this — open, rather than confined between two must-have barriers of bread — was enough to open the floodgates of imagination for what my next sandwich might have, and how much. 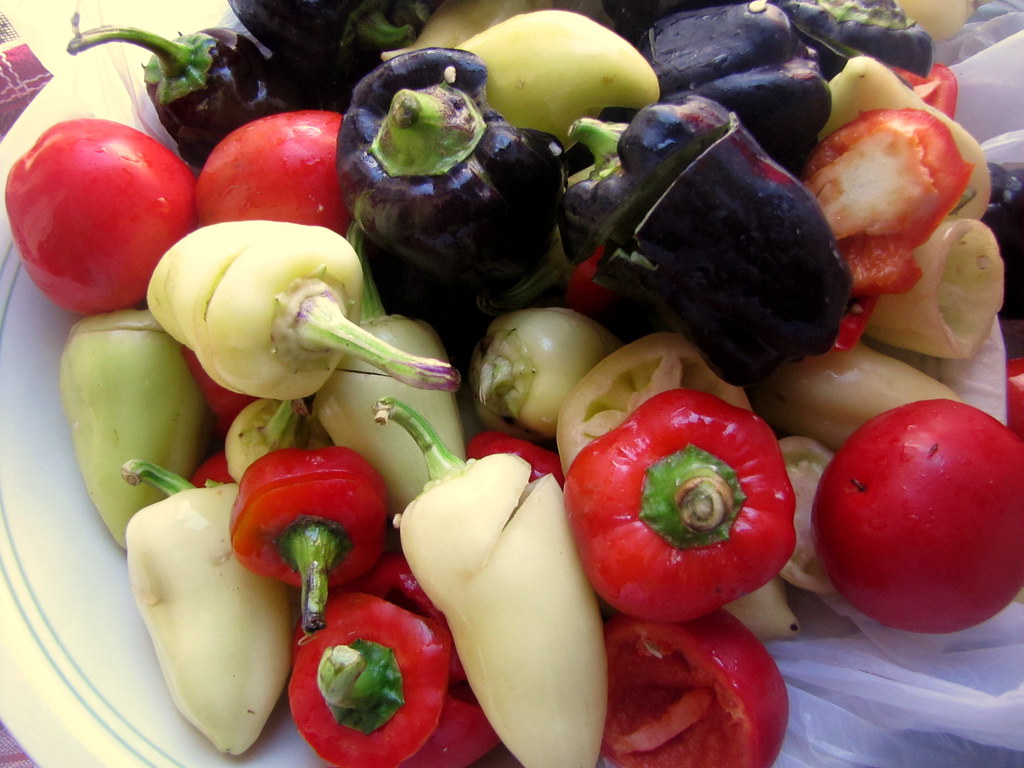 I didn’t have terribly exciting ingredients to work with at home, though, and spring hasn’t given us much new in produce so far. Luckily, you don’t have to have hardly anything fresh to make a darn good sandwich like this at all. Just a touch of fresh herbs (which have just as much or more nutrients than lettuce, anyway) if you like, especially if there’s a planter of them at home, and here we’ve added some slices of shallot or red onion for crispness and zing. While awaiting the colorful capsicum of this summer to come, I decided to use some of last year’s, via a mason jar. But tragedy struck — in my anticipation to get it open, I dropped a full one and it shattered all over the tile. The last batch of pickled cherry peppers, mixed with some Hungarian wax peppers and purple bells. 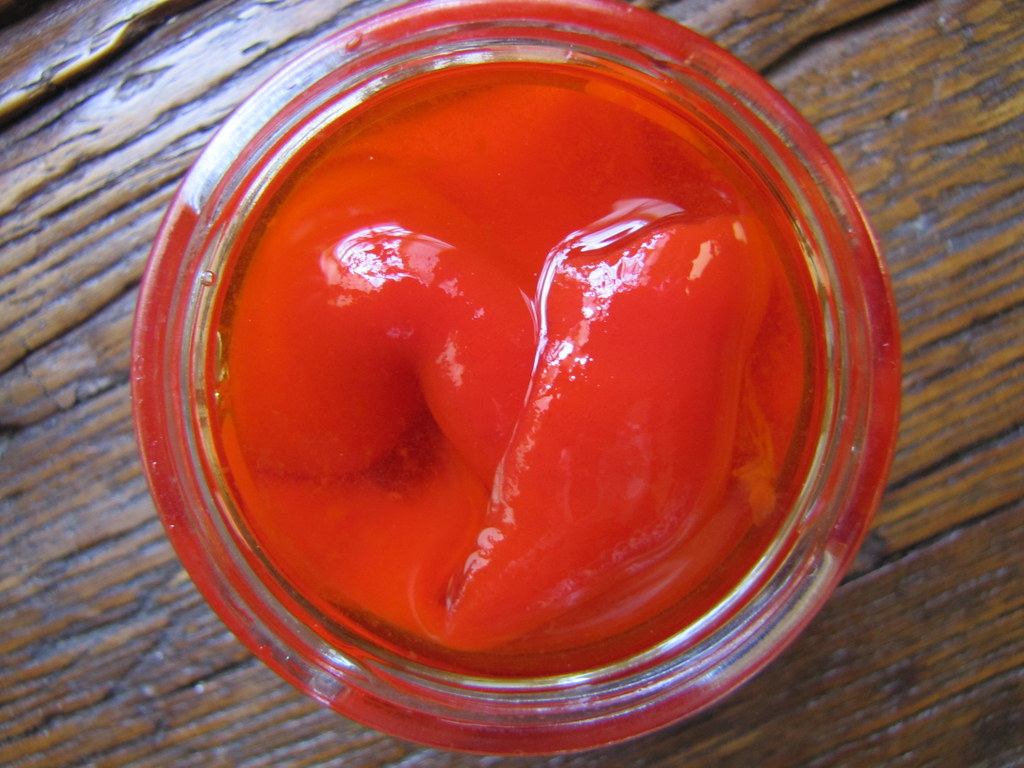 Hope was not lost; pickled peppers are easy to come by, and the rotund, race-car-red, sweet cherry peppers are also known as pimentos, which are found in jars everywhere. So I scored one at the regular supermarked, and moved onto the anchovy section. Pickled, brined and preserved fish is a big part of Scandinavian cuisines as well as ones all over, but in these parts, they tend to turn up a nose. Especially at the school cafeteria. But if you eat canned tuna, or did more often but are now concerned about the fish’s sustainability and mercury levels, you might want to give canned anchovies a chance. These are smaller fish, less likely to accumulate mercury and other contaminants in their short life span, and they’re full of valuable nutrients although high in sodium and oily when packed. They’re like compact pellets of pungency, though, so just a couple fillets go a long way in flavor. 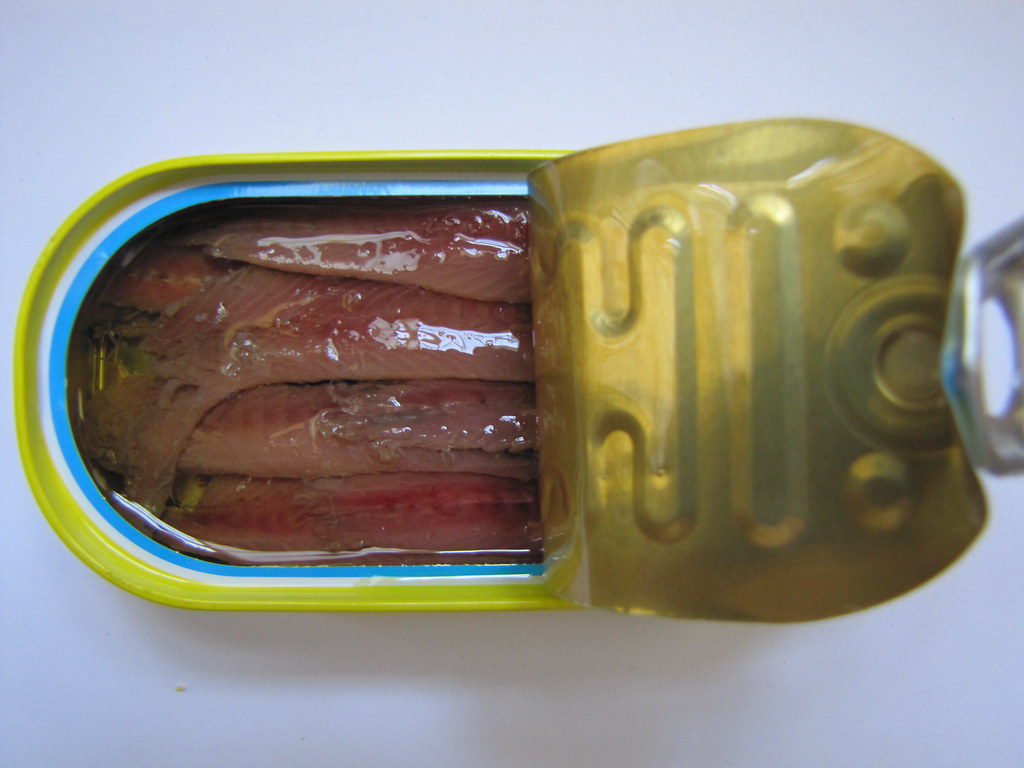 a can of anchovies 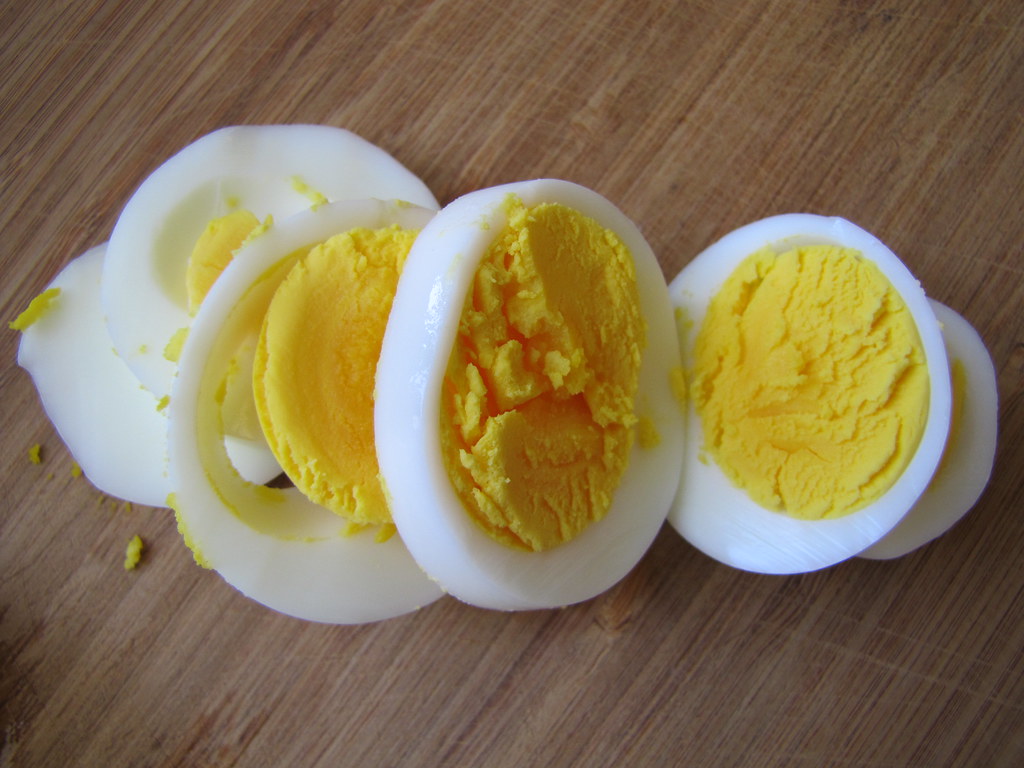 Lastly, my favorite thing to put in sandwiches, and almost everything, lately: an egg. Just a hard-boiled one, which took all of ten minutes to boil while I prepped the rest of the sandwich for this addition. This all went on some slices of rye bread, admittedly not home-baked, because after tasting Trine’s full-flavored, nutty and distinctly fermented-tasting bread that day of cooking, it’s going to take me some time to work up the nerve. (Or, actually, to find the time to.) True to tradition, I still used some type of rye for this, which added sourness and some graininess in texture to the ensemble. Try it with just sourdough, pumpernickel, or any bread you like best — just keeping in mind that it all starts with a good slice. 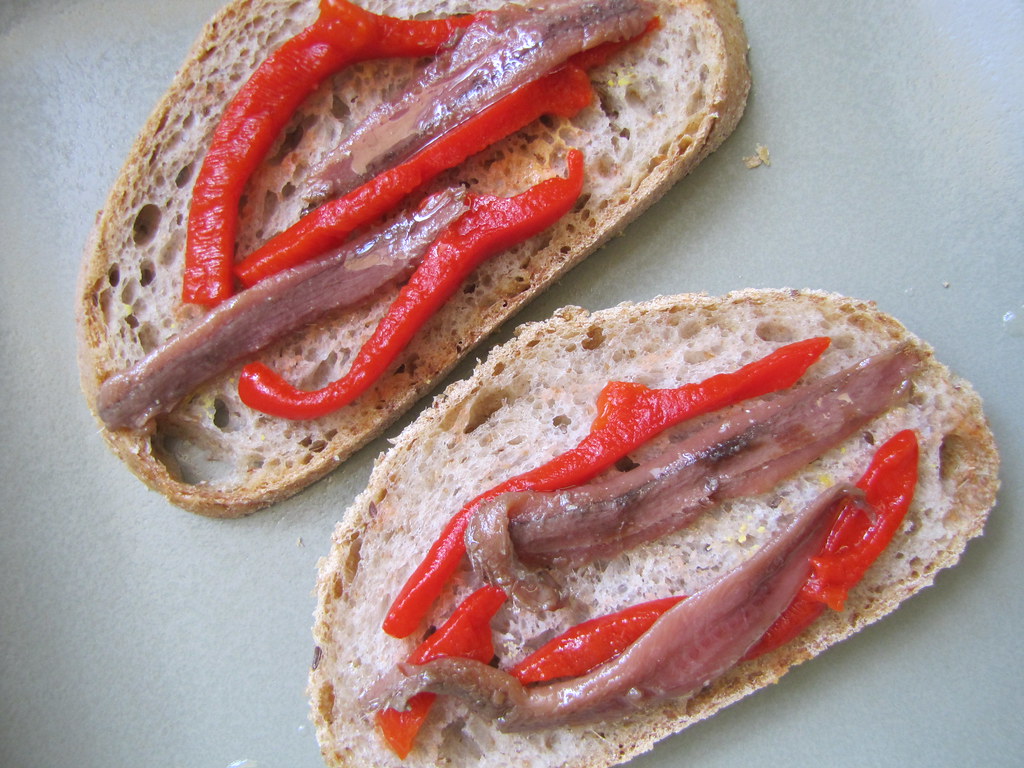 Assemble the sandwich by placing the anchovy fillets and peppers on the bread, and arranging the hard-boiled egg slices on top. Sprinkle with the shallots and parsley, and an optional drizzle of olive oil for each.

Five brownie points: If this sandwich won’t fill you up as a meal itself, I’m not sure what will. It’s a true attack on the tastebuds with all those anchovies (use less if you like), it’s hearty and oily, and if you have really good, crusty rye bread, it’s a done deal — or, meal. However, it could use a little bit more fresh vegetables, so if you have ’em, pile them on. As mentioned, herbs can be a good placement for these — parsley has tons of Vitamin K. The anchovies have a wide range of nutrients along with the famed omega-3 fatty acids of seafood, like selenium which might help fight cancer, and have a lot of protein per square inch.

Four maple leaves: There’s pros and cons to buying packed anchovies, but the good thing is that they’re among the least overfished species around. So wherever they were caught, they were most likely plentiful; though the fact that most are imported from Italy does add some carbon footprint to your choice. Aside from that conundrum, the rest of the ingredients can be found locally, as long as you pickle your own peppers.