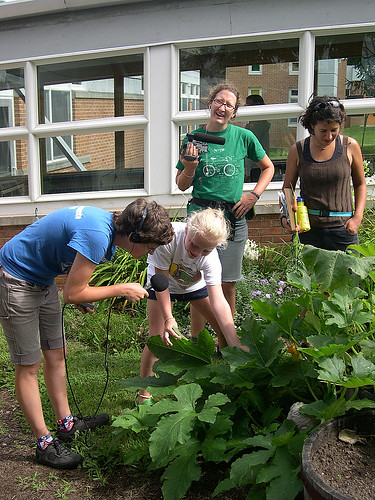 For many folks, the kitchen is a creative outlet for expressing one’s belief in healthy, more sustainably grown food for all. For others, it might be the field, where they grow and harvest. Other movers and shakers in the food movement, as it were, publish books and articles, teach, or lecture the masses. But on December 15th, 2009, we’re celebrating a handful of filmmakers, whose documentary films vividly illustrate their unique and thought-provoking messages on many of today’s urgent food issues.


Hungry Filmmakers is an evening of film screenings, a panel discussion and a local food-filled afterparty. Not a festival, this event showcases previews of six upcoming films that have yet to be released. Together, they tell stories of challenges and triumphs, from young farmers who are leading the new agrarian movement, to the misrepresentation of the word “organic” and much more. Instead of screening each film in its entirety, we’ll watch ten-minute trailers and/or excerpts from each film, at Anthology Film Archives. Following this introduction to what’s coming soon to a theater near you (hopefully!), there will be a panel discussion and Q&A with the filmmakers, who will be in attendance. I’m delighted and honored that Anna Lappé, food activist, author and co-founder of Small Planet Institute will be leading the filmmakers’ discussion as the moderator. Then, we’ll head over to Jimmy’s No. 43 for an after-party with craft beer and appetizers from local farms and other sustainable food purveyors. Any proceeds from this evening will be donated to Just Food, whose members will also be in attendance. 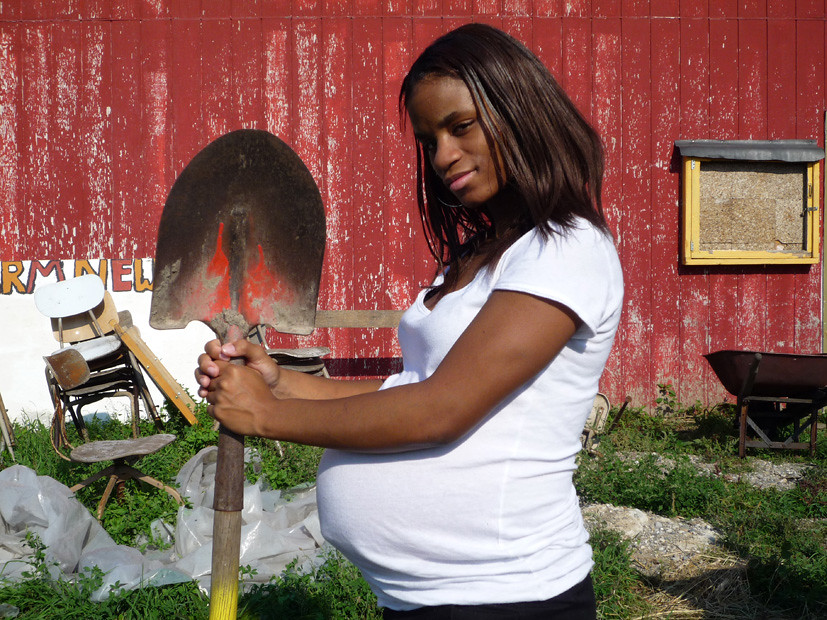 a scene from Grown in Detroit (photo courtesy of Mascha Poppenk) 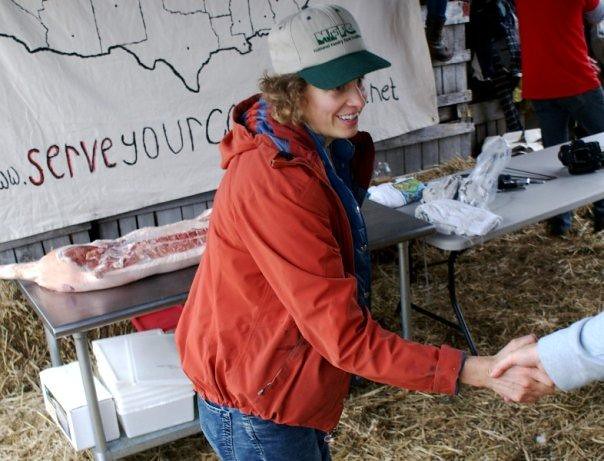 Severine von Tscarner Fleming, filmmaker of The Greenhorns
(pictured at top: the filmmakers of Faces From the New Farm)

Film, forum and good food… now that’s my kind of fete. And we hope it’ll be yours, too. I’m pleased to be co-curating this event along with Shelley Rogers, the intrepid young filmmaker of What’s Organic About Organic?, one of the films in the line-up. Here is a list of all six of them, and further details. There’s more to come on the Hungry Filmmakers website, so check back for filmmaker bios closer to the date of the event. But don’t wait to get your ticket — seats are limited, so I’d recommend buying yours in advance here.

Doors open at 7:00pm. Screenings begin promptly at 7:30pm.
A panel discussion will immediately follow the screenings.
At 9:00pm, the party will move to Jimmy’s No 43, located at 43 E. 7th St.

Any proceeds from this event will be donated to Just Food