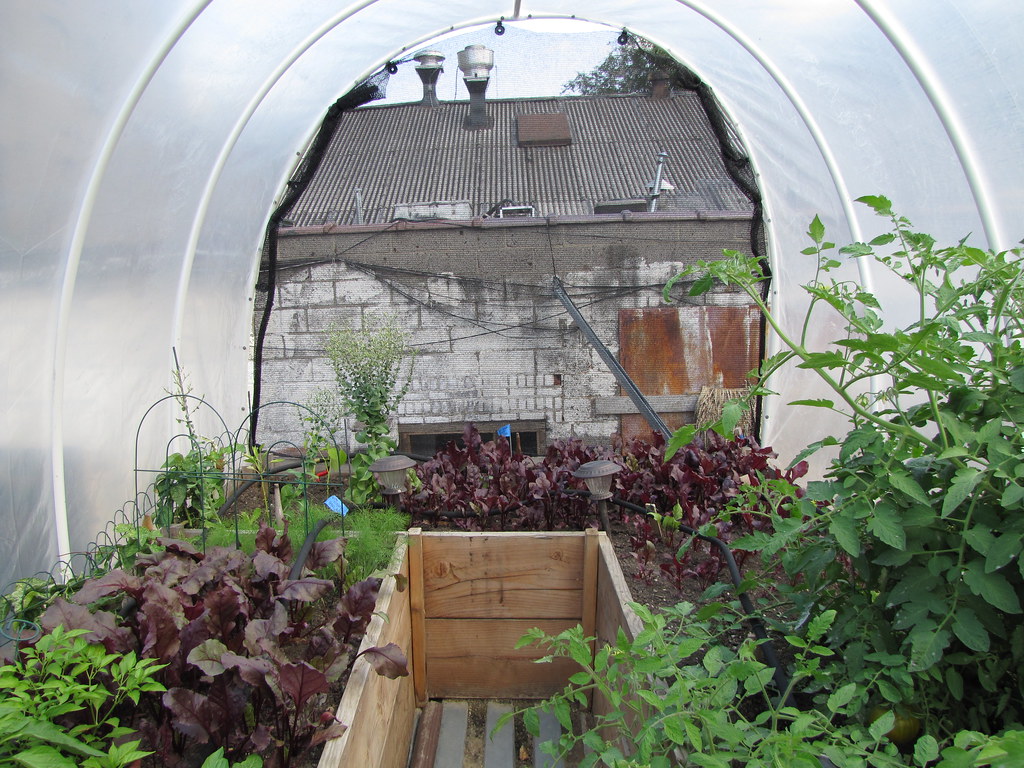 On Friday, as I sat in the converted shipping container outside of Roberta’s Pizza that’s home to Heritage Radio Network preparing for the first Cheap Date episode with my guests Keith and Rachel, we were interrupted by a series of loud, clanking noises coming from the roof above. “Can they stop farming now?” I think I muttered. But really, it was music to my ears. There is more than a tree growing in Brooklyn, or for that matter, cities all over: a bonafide agricultural movement. And it was happening above our heads on the rooftop garden of Roberta’s Pizza that day, as well as at farms, community gardens and backyards throughout the city. Tonight, Roberta’s Pizza is holding a celebration of all that, as well as what more can come. You’re welcome to come join the party, the dialogue, the movement — and with your contribution to a new rooftop farm next spring, one of the most delicious feasts I have ever heard of.


“The point of what we’re doing is to celebrate what we’re growing now, what people can grow, and what we can do here,” said Gabe McMackin, a chef at Roberta’s. Tuesday’s fundraiser feast is sourced heavily from farms in NYC proper, a habit that’s commonly part of the everyday menu at Roberta’s, too. The kitchen team is currently toying with hot peppers from Eagle Street Rooftop Farm, squashes from Queens County Farm Museum, root vegetables and all sorts of greens from East New York Farms and Added Value Farm — as well as produce from that garden atop the radio station itself. The rest of the food is from sustainable purveyors and small farms, like Heritage Foods USA and Basis Farm to Chef. The beer is all from Brooklyn’s own Sixpoint Craft Ales, and there will be some wine from Regal Imports, too. 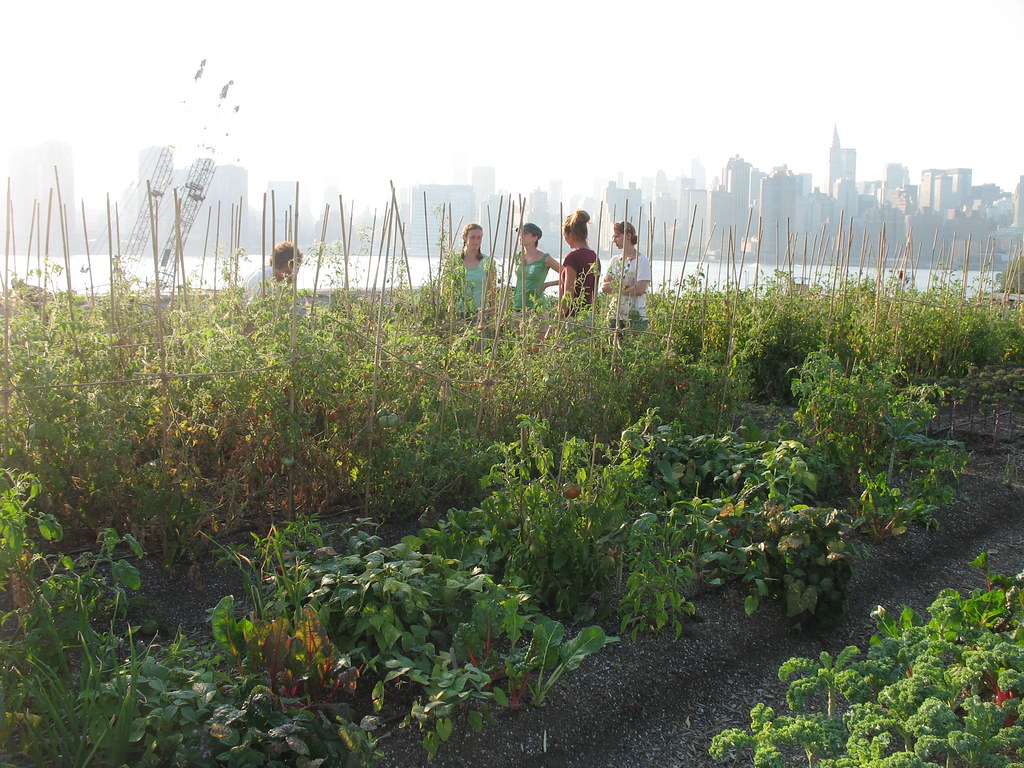 But the food at this table is just the start of story, the event’s founders hope to stress. The event is a fundraiser for a new 1-acre rooftop farm in Brooklyn to be planted this spring, one that will engage as well as feed the community. But it can only be done with their help.

“Going off grant money is fine and doable, but it doesn’t prove that an urban farm can be commercially viable,” said McMackin. “We’re doing something more difficult, but in the long term, more beneficial to urban farming by making a profit-seeking model.” The food from this farm will be sold to the community at reasonable and competitive prices, they intend, making eating locally and sustainably more accessible and practical for city folk. “We think it’s very ambitious,” said McMackin. 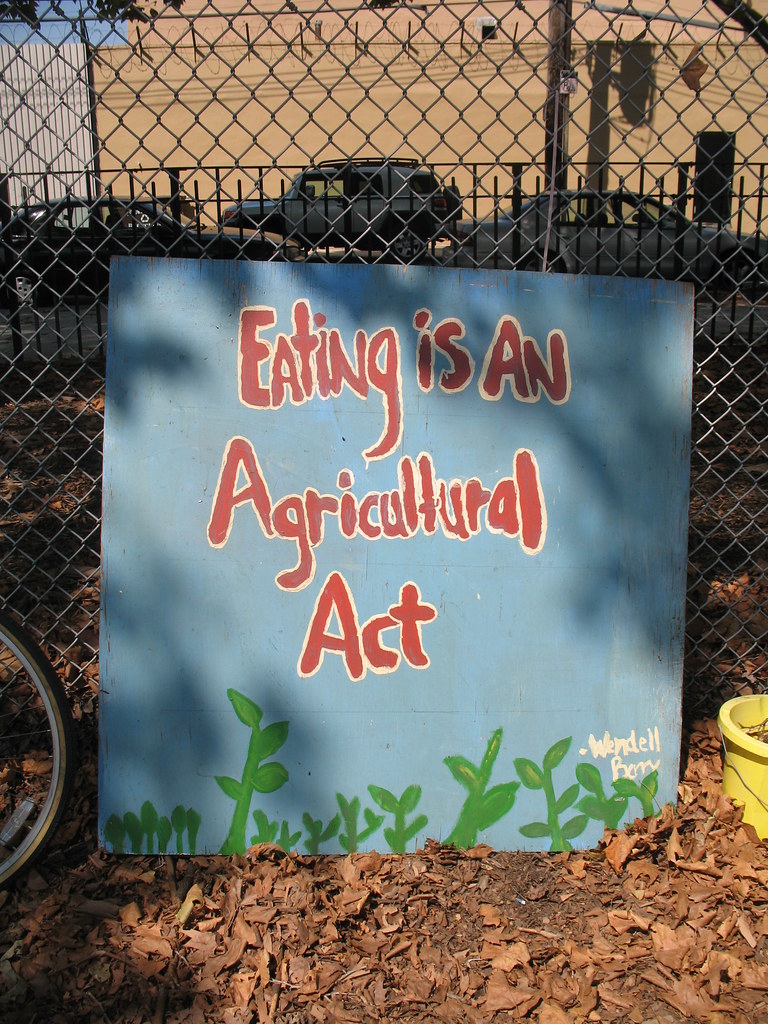 a simple reminder at Added Value Farm in Brooklyn 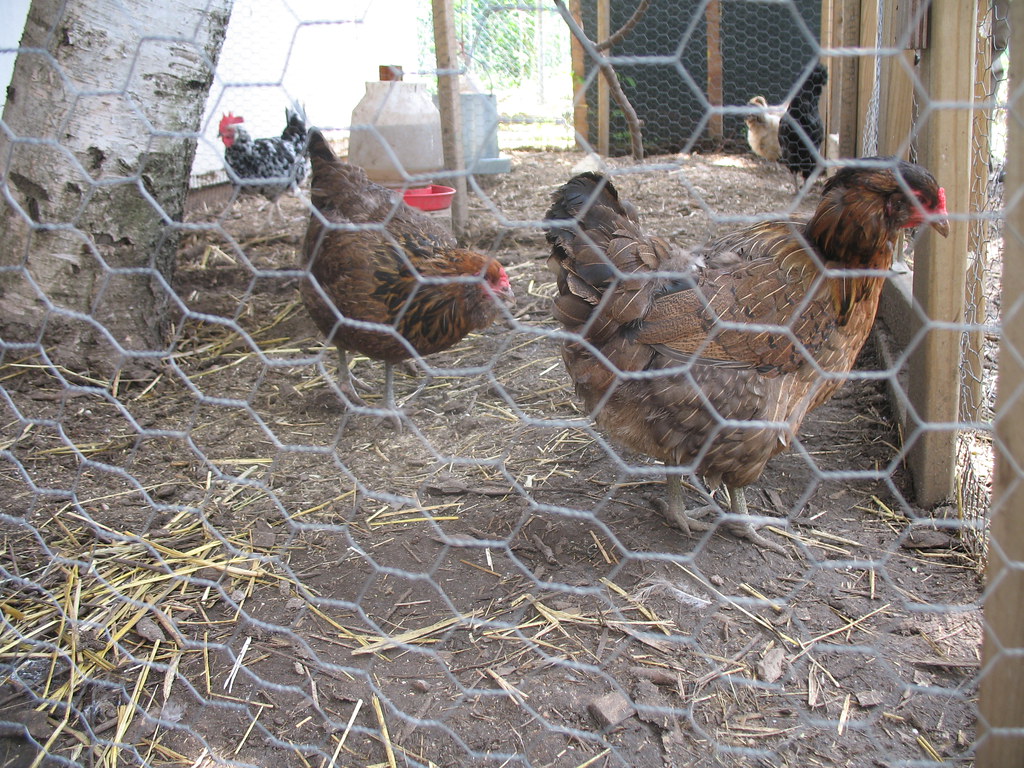 chickens at Garden of Happiness in the Bronx

And so is the food they plan to make for tonight. Stepping away from the preparations, Gabe shared a teaser of the menu with me yesterday. Here’s what your $150 donation to the cause will get you (menu subject to change, expand, etc.):

Pizzas (an assortment of their finest)

Main Courses:
Roast Pork
(“cooked really slow, all parts from the head to the hoofs including the nasty bits”)

Roasted Kale Salad (with guanciale or maybe some cheese)

Heirloom Corn Polenta
(from Cayuga Organics, stone-ground, made the traditional way, “the mother of all polenta”)

Assortment of wines from Regal Imports

I’m not exaggerating, but I’ve eaten a chef’s tasting menu for a private birthday party at Roberta’s once, and it was kind of insane. It was served family style, and lasted a nice, languid few hours. And if the food and farming plans aren’t enough, there will be some featured speakers at the dinner, including wine expert Joe Bastianich (heir of you-know-who), Del Posto chef Mark Ladner, and urban farmers like Ben Flanner of Eagle Street Rooftop Farm. There will also be a raffle for prizes which include the likes of a dinner in your home for 4-6, which the fine cooks from Roberta’s will serve. (That’s what I call fine dining in.)

Tickets are available through this link, more details are at Edible Manhattan’s blog, and you’ll notice that this event is co-hosted by the Liberty Science Center and held as part of this nonprofit’s New Tastes Dinner series. The Liberty Science Center is planning an exhibit on “Cooking: the everyday science experiment that shapes our bodies, our culture and our planet” in 2011, and funds raised from this dinner will be split between the two projects (the Liberty Science Center plans to be involved in the new rooftop farm, too). You can bet I’ll be keeping my eye on what’s cooking with this exhibit as it’s coming up, too.