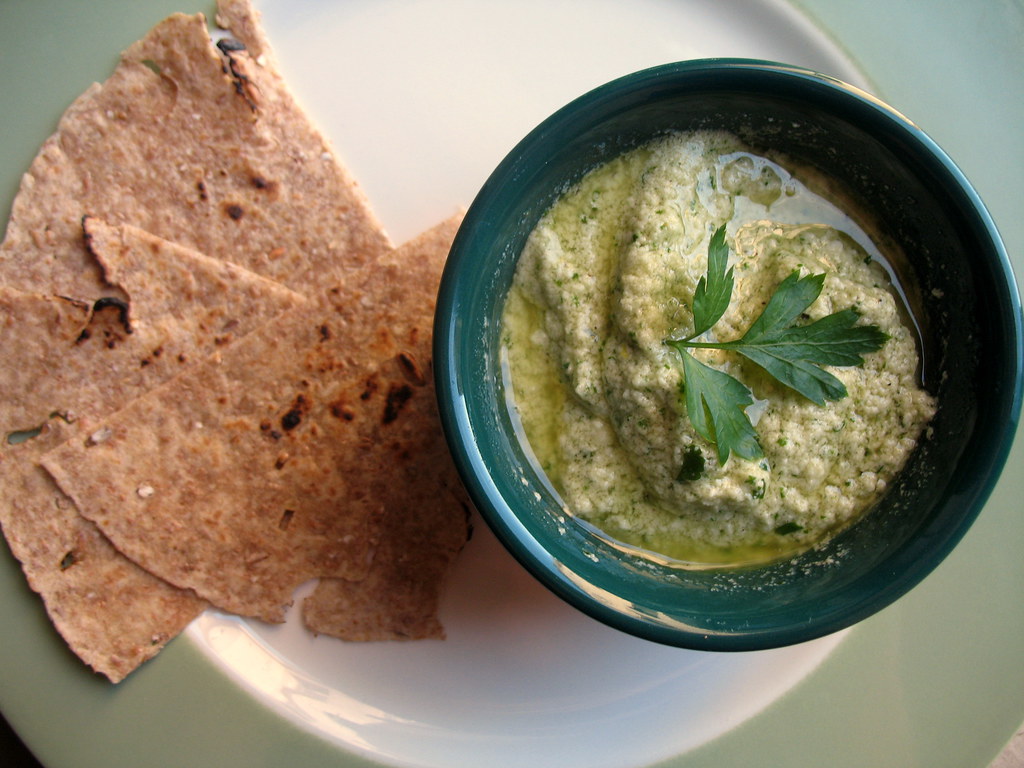 It was supposed to be simple: I had a nice block of 3-Corner Field Farm sheep’s milk feta, a nice baguette, and some herbs growing on the windowsill, slanted distinctly toward the sun. I had a house party to go to, and thought I’d run them through the food processor (minus the baguette), with some lemon zest, to create a sort of ultimate feta spread for the table. But the first chugs of the processor proved a different fate was in store; the feta just broke into coarse crumbs not unlike the first step in pastry dough (except they were now greenish with herbs). Why did I think this was going to work?


It’s not chevre. Despite indications to the contrary, feta is one cheese that I cook with often. I just love its pungency; it’s briny like pickles and just as salty as them, too. It’s versatile, with a firm texture that crumbles without grating and it melts decently, if never quite creamily. And it seems to last longer without going moldly than most curds, unlike fresh mozzarella. I crumbled some into my shredded zucchini and summer squash dumplings for a class at Garden of Eve last week, and its sharp taste made all the difference. I grew up eating fermented tofu subtly mixed into things on occasion, and feta isn’t pretty far off from it in my estimation. Somebody once made the observation to me that it should be pronounced “feet-a” because it smells like feet. Sorry, was that an appetite kill? (Still, funny how food doesn’t have to smell like a flower to smell “good.”) 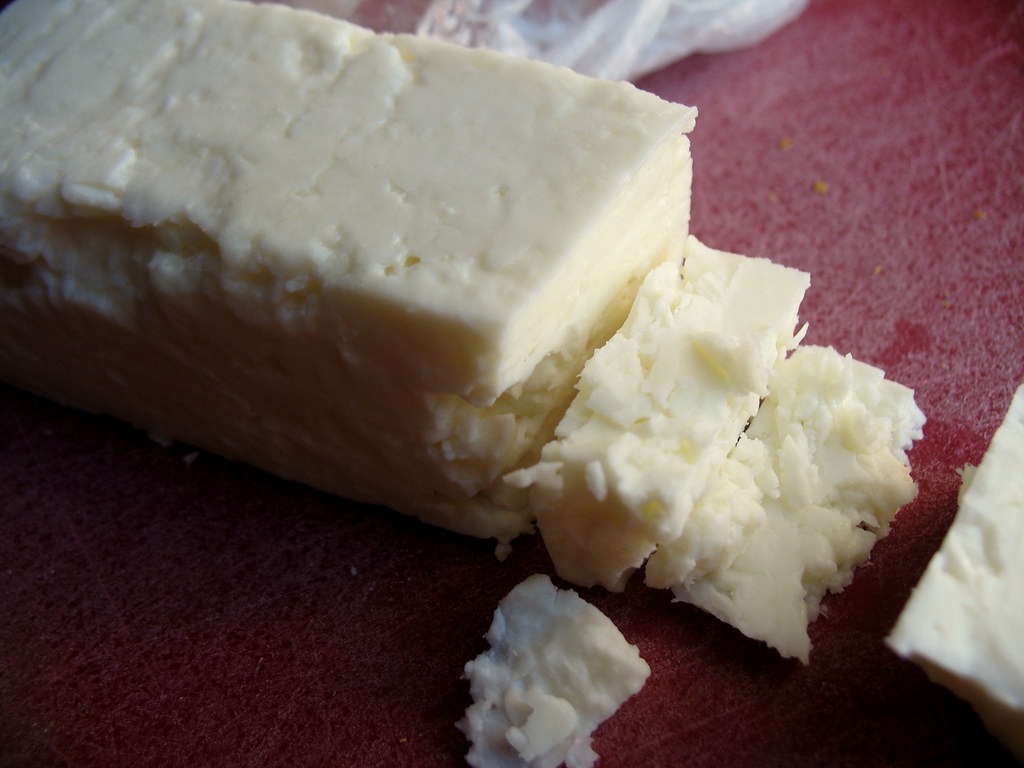 a block of brined, aged feta

But, this impossibly unspreadable scattering in the food processor needed to be saved, and fast, if anyone was going to eat it that night at all. The clock was ticking. Dampening it down with just olive oil and some lemon juice sounded too dull, so after a fridge survey, a shrug and a shake of a bottle, I poured in some sesame seed tahini. 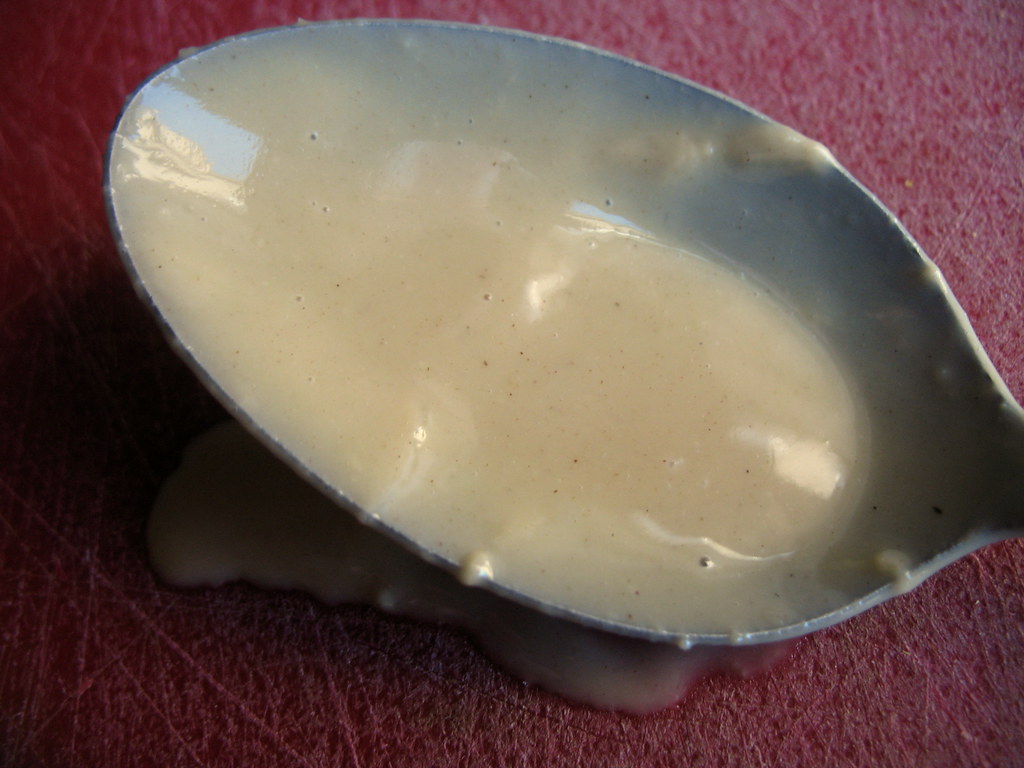 tahini, a few shades lighter and thinner than peanut butter 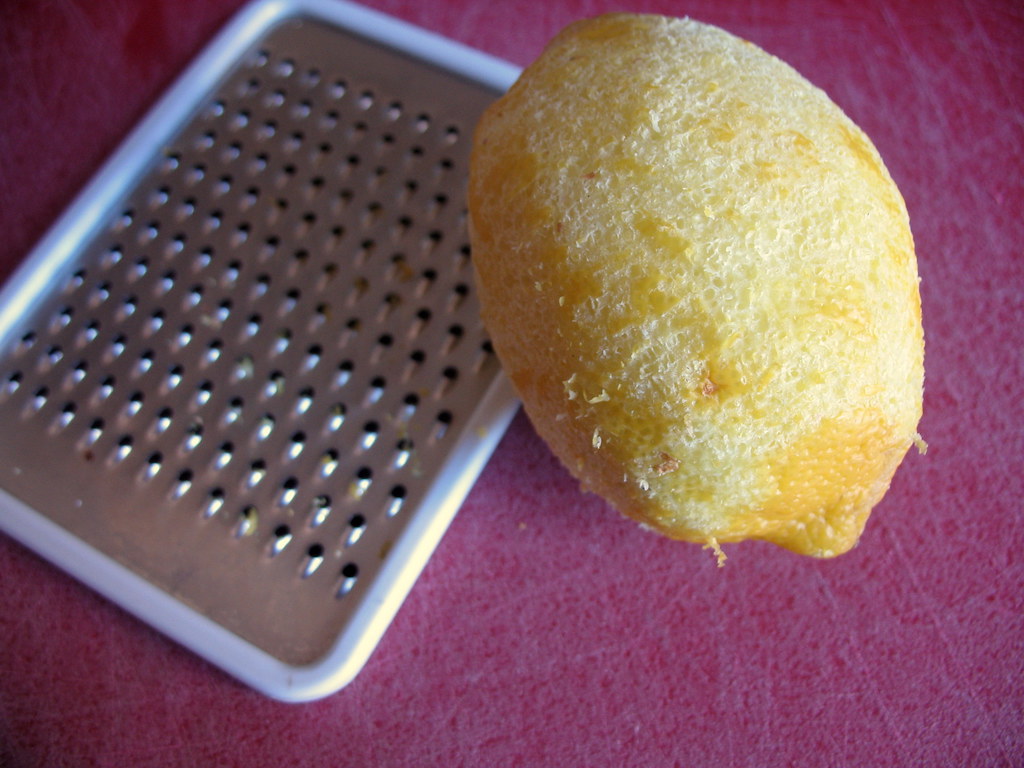 some lemon (juice and zest) is key


It ended up pairing nicely. Tahini (ground, untoasted sesame seeds) has a mild, nutty flavor and thick, soupy consistency. It formed the feta, lemon juice and shredded herbs into a uniform dip-like consistency (not unlike chevre). And when the first friend reached in with his slice of baguette, tried it, and having no idea what was in it, said, “Wow, that’s delicious,” the flavor quotient had, too, passed the test.

Try it with fresh veggies like carrots and peppers for a crudite; or, if you find yourself with a surplus, thin it out with some extra olive oil and maybe a squeeze more lemon, and serve it as a salad dressing with romaine and toasted-bread croutons, as I did recently, calling it  “Caesar Conquered Greece” salad.

Place feta in a food processor and pulse several seconds into fine crumbs. Add the lemon juice, zest, herbs, tahini and olive oil and pulse repeatedly, scraping down sides of the bowl with a spatula as you go along, until even in texture. Add black pepper to taste.

Seven brownie points: Don’t be betrayed by the healthful look and sound of this minimal natural ingredient-only recipe. Naturally, and yet in minimal use, these ingredients are high in saturated fat: the tahini, like most nut products, and like most cheeses, too, the feta has cholesterol and fat. However, it’s a pungent, strong-tasting dip and you’ll need to spread little on your bread or vegetable to get a lot of impact, and the leafy herbs and lemon add fresh flavor as well as vitamins.

Five maple leaves: “Product of Israel,” reads the label on the tahini jar. Well, at least that’s a pretty unique place than many of the far-from-local food products we’re accustomed to seeing on shelves. Like the Greek olive oil, or the California lemons. However, the bulk of this recipe in weight is claimed by the feta, which was made upstate, from pastured sheep, and the homegrown herbs add an extra leaf or two to the rating, too.