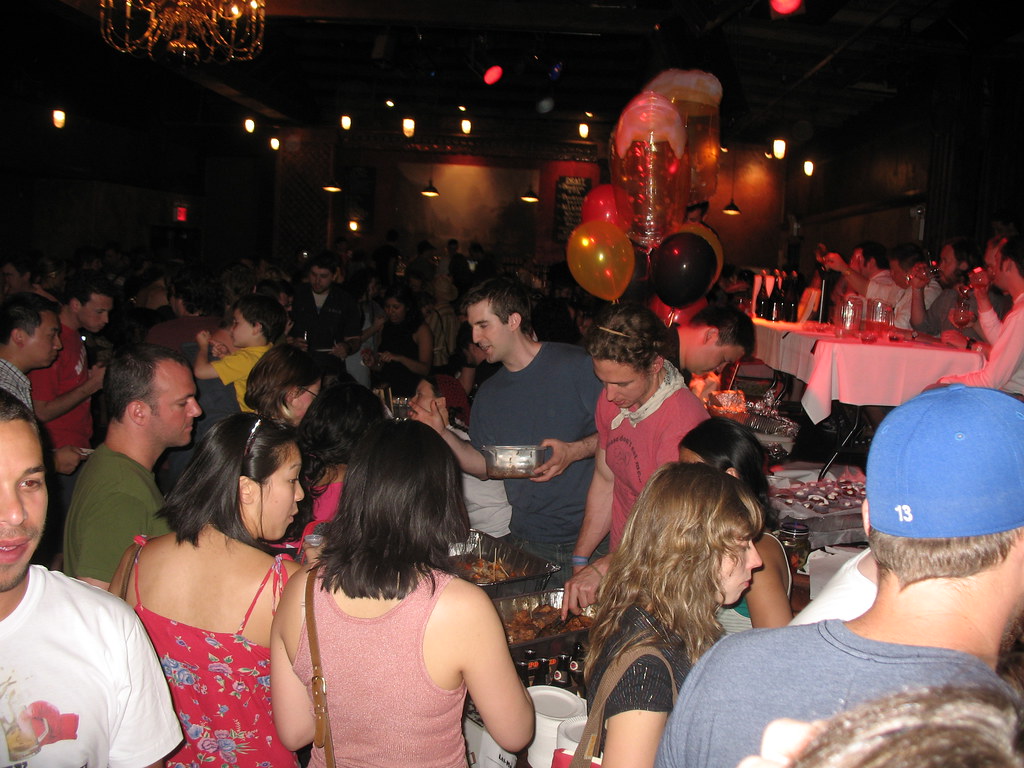 So we all knew that Brooklyn knows how to cook… off. But what of home beer brewing? Turns out that these are some mean streets for that trade, too. And we wouldn’t have known it if it hadn’t been for the Brooklyn Beer Experiment, the brainchild of two of my favorite cook-off fanatics, Nick and Theo. Joining forces, these once-rivals from many a local cook-off (just look at their resumes) decided to host a joint beer and food competition. Unlike the East New York Farms’ benefit “Chew ‘n Brew” of last fall, in which teams had to cook small plates and brew beer both, the Beer Experiment paired beer with food in two ways: hold a cook-off for food that’s cooked or flavored somehow with beer, and hold a beer-off for amateur home brewers under the same roof. The result is what looks to be an enduring annual event.


The response to the event alone is reason enough. To keep the lines under control at the Bell House, the Gowanus performance space where the cook-off was held, tickets were sold in advance — and they sold out. Food and beer contestants were asked to make 350 bite or sip-sized portions each, and more than forty of them did so, with flying colors. From chickpea and cauliflower Indian pakora to beer-spiked avocado gazpacho, and hoppy homemade IPAs to refreshing wheat beers, I was blown away by the competition, on both sides of the food-and-beer axes. It’s worth saying now if hasn’t been many times over on this blog, but not only are these home cooks/brewers able to make this stuff, and make it well, but they’re willing to labor over it for hours in order to make 350 servings and haul them to a venue in the name of fun, friendly competition and community. I might add that Nick and Theo announced that they plan to host a Cheese Experiment next, among other experiments, and from all the DIY cheese-making in the borough, I can already smell a stench of brilliance. 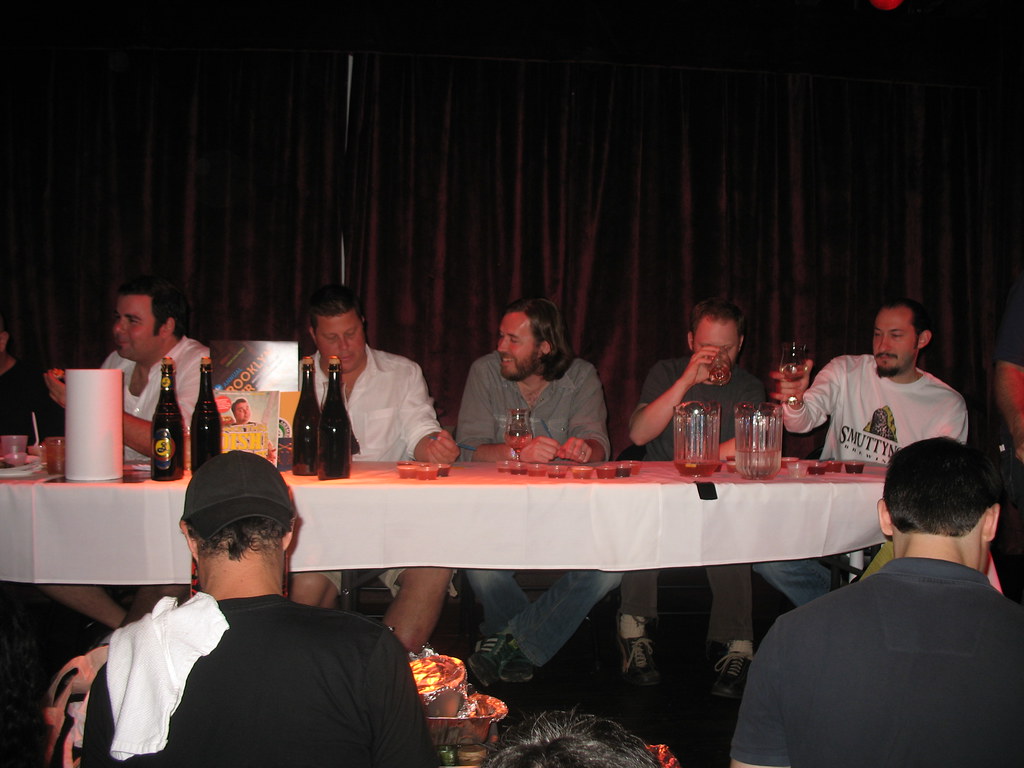 the judges sat onstage to sip and taste 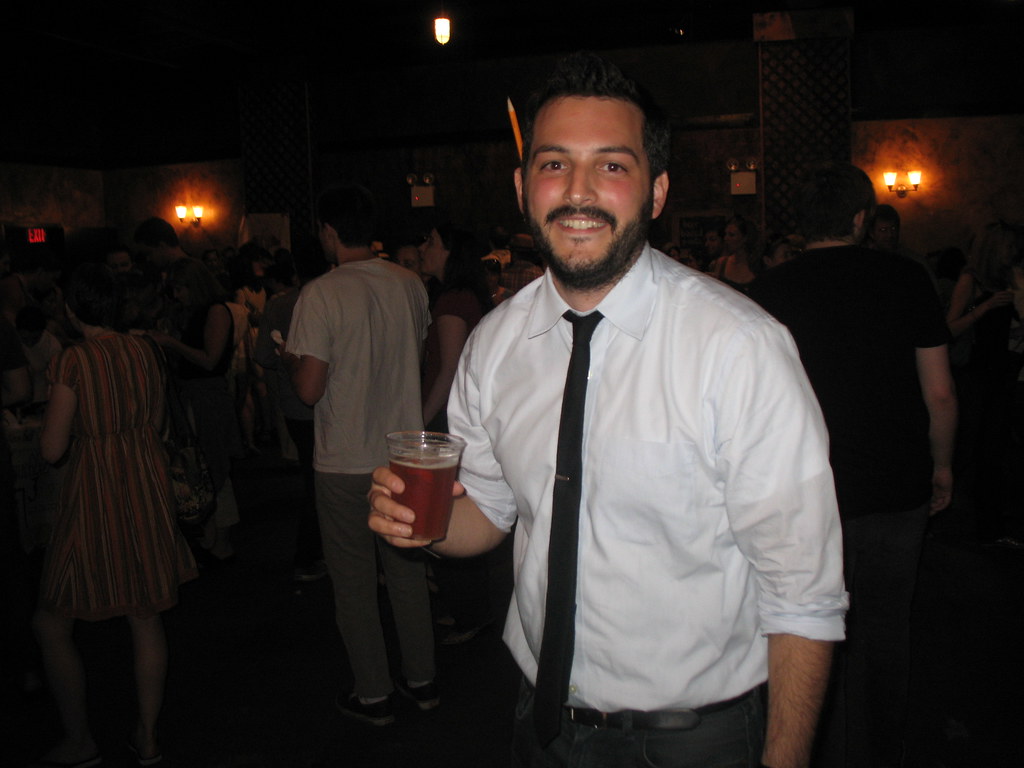 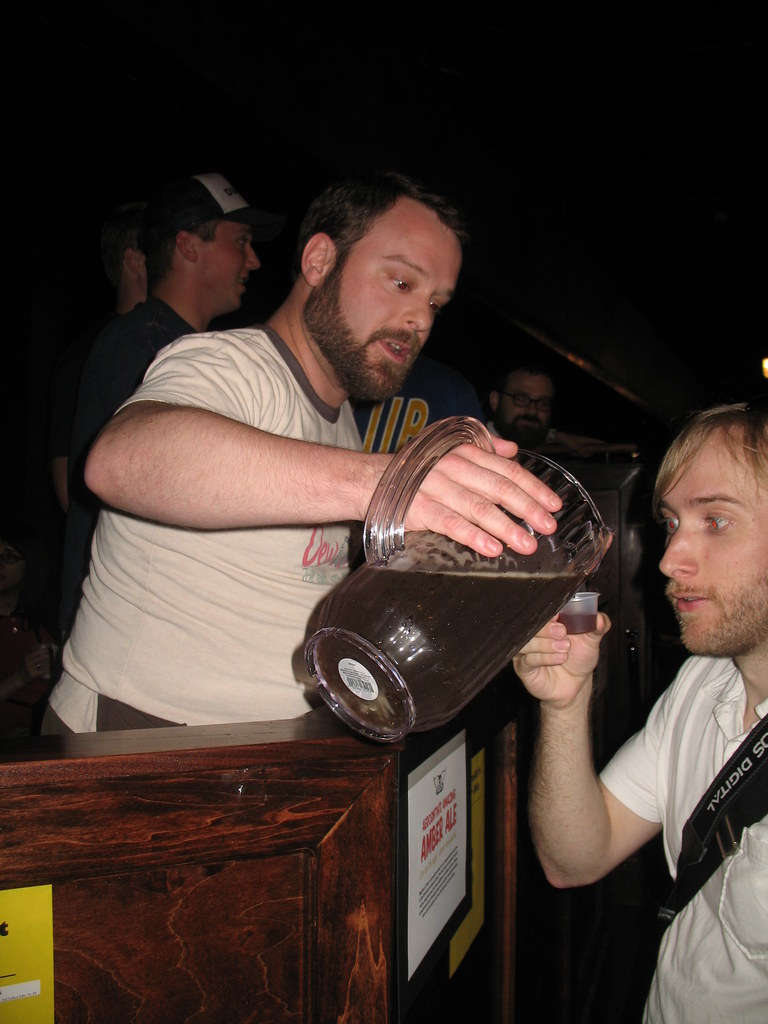 I’d much rather have been a maker rather than a mere taster at this cook-off. But the Hapa Kitchen‘s barbecue for 250 diners being scheduled the day before the Beer Experiment didn’t enable this to happen (a recap of that food fest coming up shortly). Nor was my palate in quite the right place to taste beer by the time the Experiment began, at 1pm — I was so groggy that I could barely finish the 1-ounce pours each brewer was handing out. I eventually voted for an “Aerosmith”-named ale made by my friend Stephen, in a close race against another friend’s first-ever brewing effort, “Doctor DJ,” both of which went overlooked in the final count (goes to show how much I know about beer-tasting). I also enjoyed Sara Morrison’s “Pocket Full of Sunshine” wheat beer served with a lemon wedge. Sarah was the first-place winner for her tofu empanadas in both the audience and judges’ awards in the Tofu Takedown, and it was a unanimous decision from co-judge Akiko and I. After discovering that she was also a home brewer, Sara was recruited to the Beer Experiment where she was the ONLY chick brewer that day. She ended up winning two awards for her beer, and has become one of my personal heroes. When I asked her, “Is there anything you can’t do?” just after trying her wheat beer, her friend replied without pausing a beat: “No.” 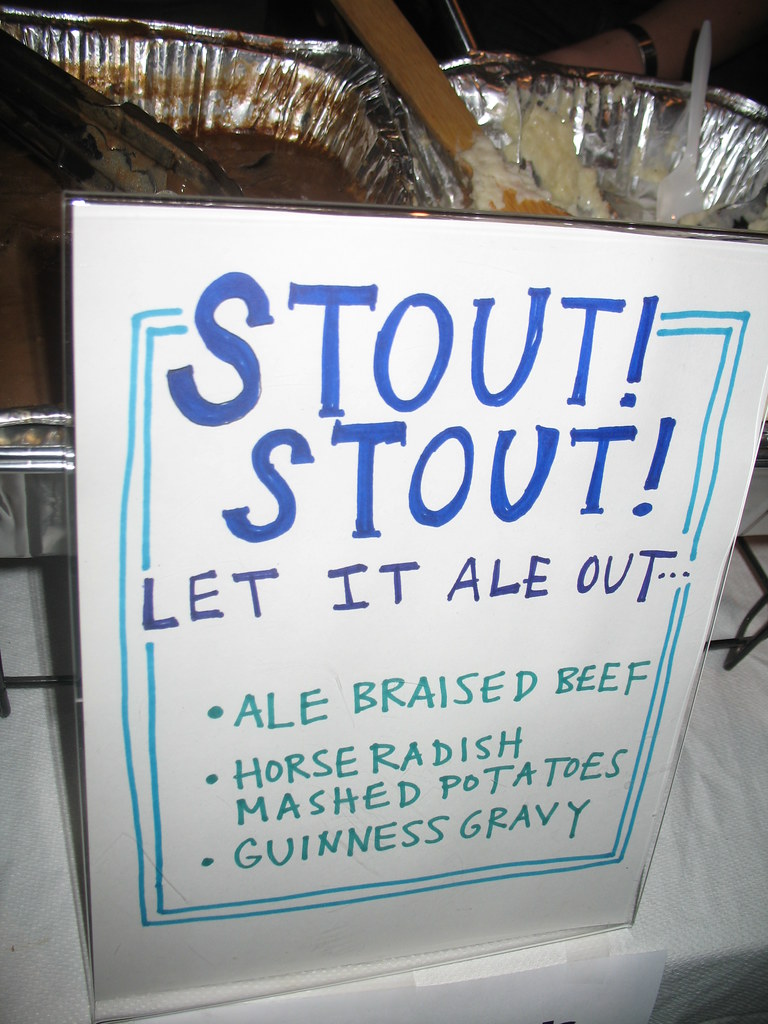 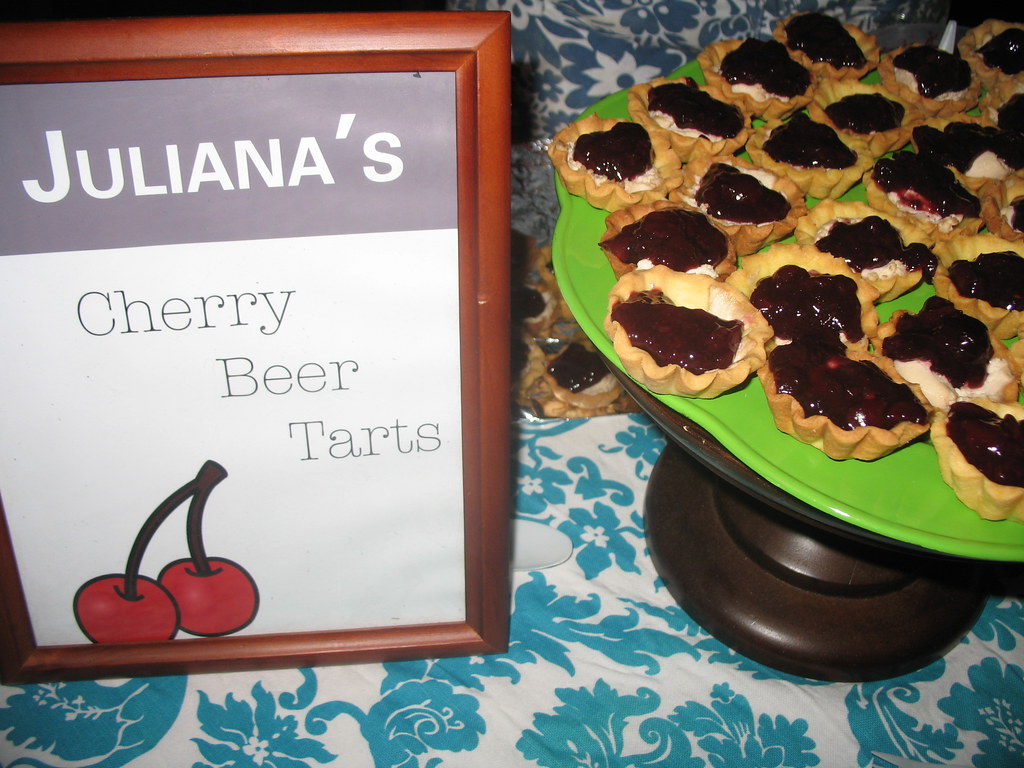 there was about an even split of sweet and savory entries 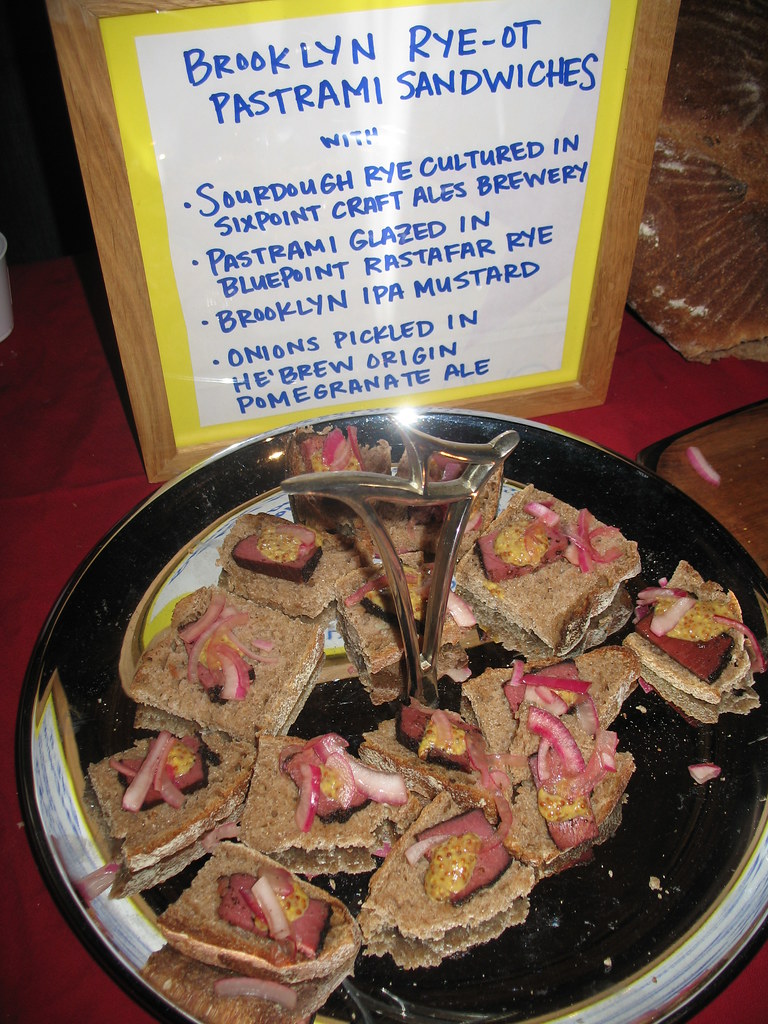 Squeezing my way along the tables of food entries, I recognized Jonathan Proville, serving a pork-braised pulled shoulder in a bun alongside a homemade honey-drizzled cocktail which he called the “Porkslap” (also the beer he braised his meat in); Noah Berland’s Porter funnel cake was far better than the carnival classic; Pork-Off pros Stephanie and Frann made their own braut and braised it in beer and onions, to serve in homemade miniature buns with a squirt of carbonated Rauschbier cream. I thought the craftsmanship and beer flavor really sang in Kathryn Ballard’s “Beer Puffs” with strawberry rhubarb syrup and Chantilly cream, as well as Lisa Tobin’s “Peach Drunken Cream Cakes.” But my favorite of the beer-y desserts was Rachel Crawford’s buttery “Black and Tan Bread Pudding.” And my favorite savory dish Rachel Graville’s unusual entry of beer-braised beef jerky, fashioned after her father’s recipe, which was peppery, chewy and moist. I never knew I liked beef jerky that much.

The judges brought together to critique the entries were nothing to sneeze at, either. At 4pm, the co-hosts stepped up to the stage to introduce them and announce the winners. For the home brew category, the judges were Samuel Merritt, Tom Price of Brooklyn Brewery, Justin Philips of Beer Table, and John Stanko of Smuttynose. Their favorites were:

Then, of course, the audience does count. After all the votes were counted, turns out the audience had favored some of the same ones, with a new ultimate victor (once again an IPA): 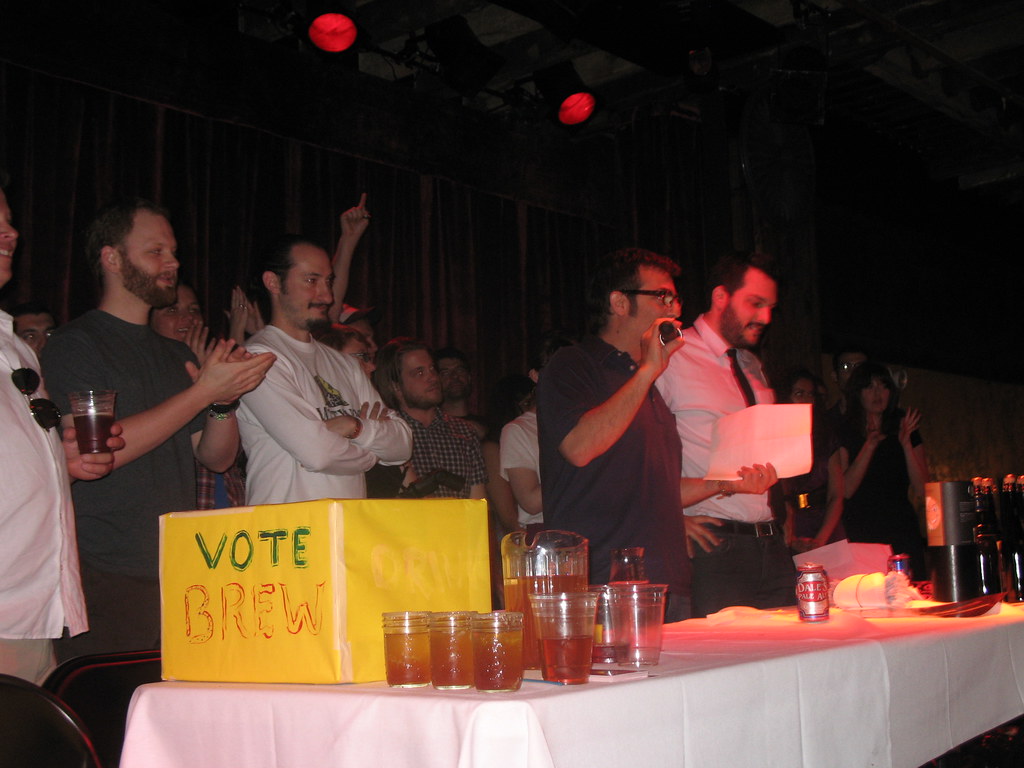 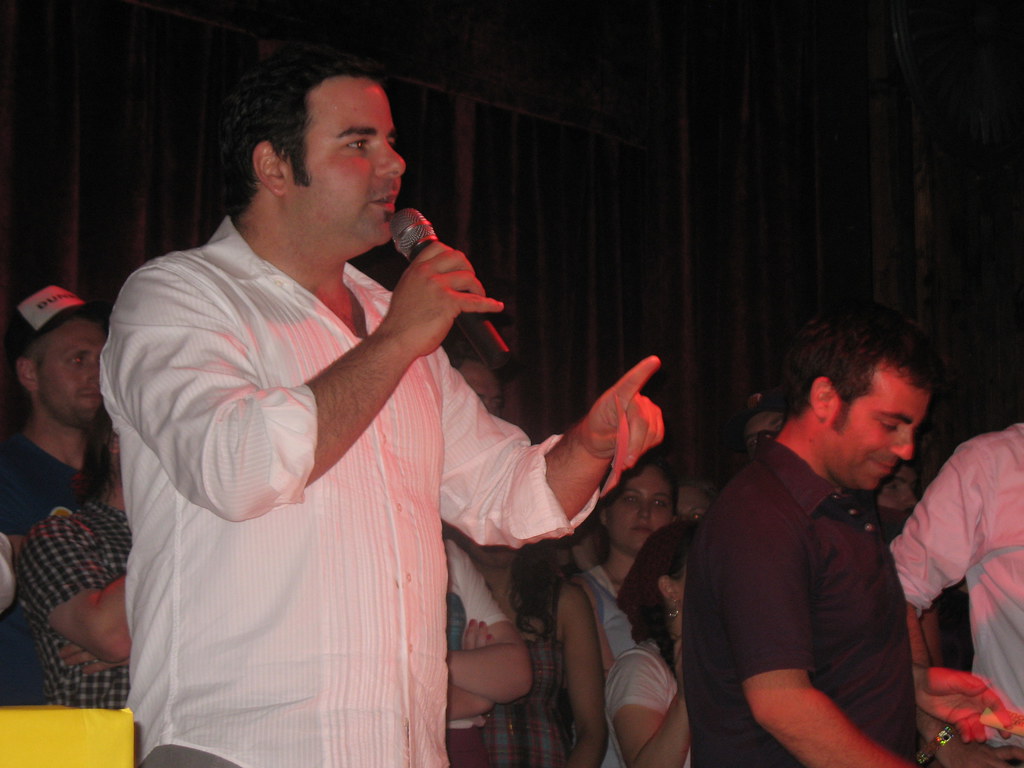 So what did the audience think of these judges’ food picks? Unlike in the homebrew category, they completely disagreed! Here’s what the ballots had to say: 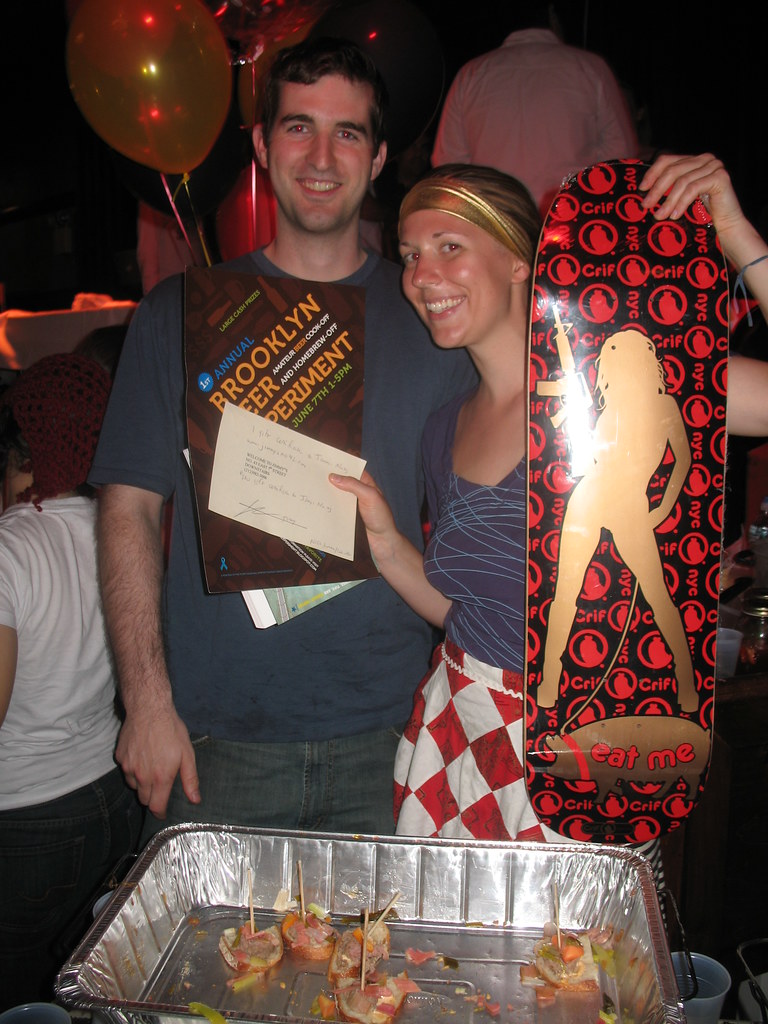 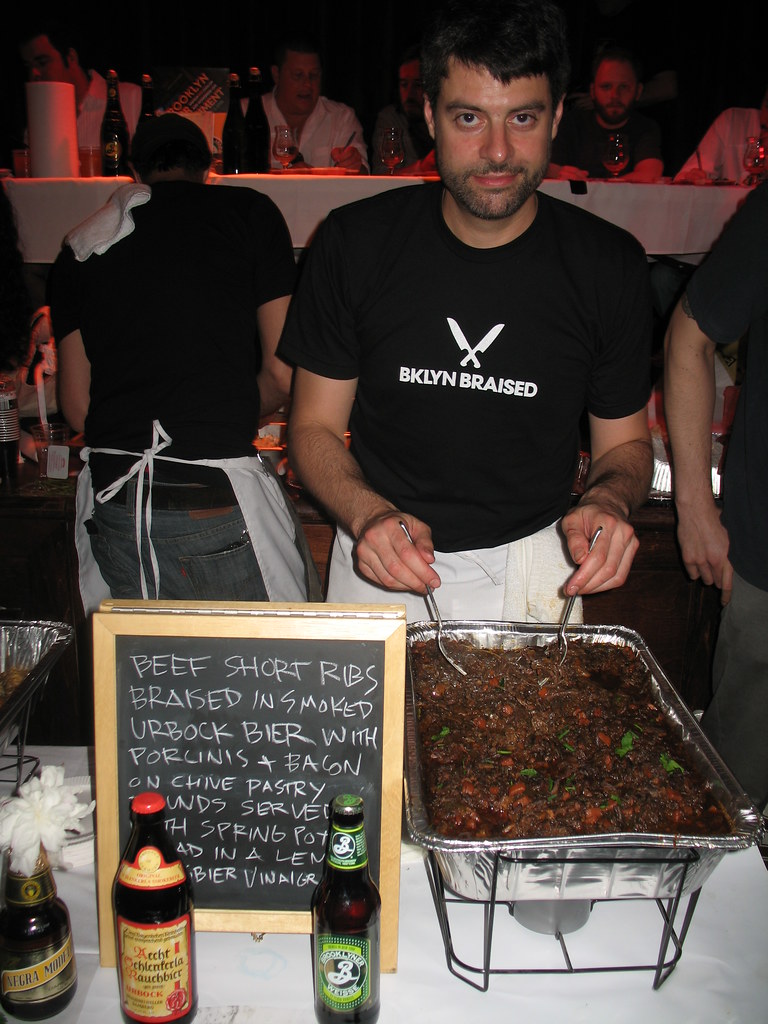 
Chris’ entry was one of the first things I ate that day, and I kind of knew it would win the audience prize right away — the short ribs were saucy, and perfectly seasoned, and it was served alongside a lemony potato salad with Weissbier and mustard, and topped with a sprinkle of chives. It was amazing. And he’s shared the recipe!

Big kudos to Nick and Theo for throwing this party, and most of all, all the awesome chefs and home brewers whose delicious stuff went unrecognized in the formal awards. Hope everyone’s hangover is almost gone!

Preheat oven to 300 degrees. Dice bacon, brown in Dutch oven, and remove with slotted spoon when done. Reserve bacon. Pour out all but about a tablespoon of the rendered bacon fat. (But save it! You can always find an excuse to cook something in bacon fat!).