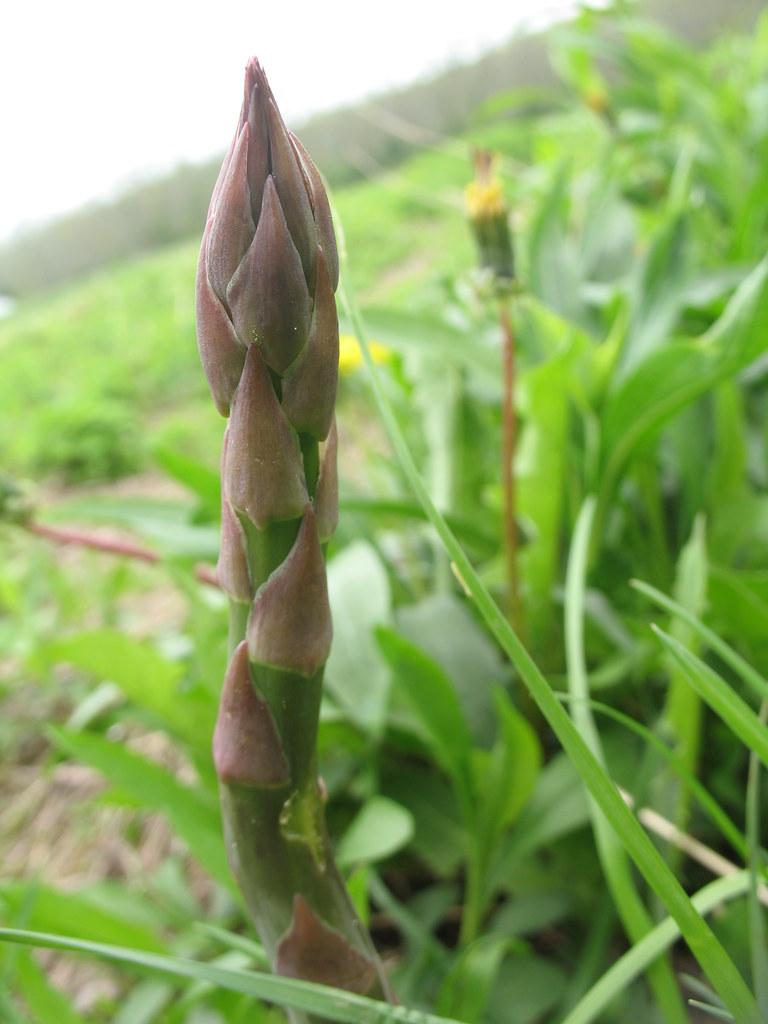 Imagine walking into the office of an industrial agriculture giant, the kind that produces 99% of the food we eat, and saying, “Hey, I’m really interested in learning more about agriculture. Could you tell me a few things about what you do?” Would someone jump up from behind the counter and say, “Sure, let me show you around. Let me take out valuable time from my day, put you on a haystack as we drive around the premises and I’ll tell you all about it — pick an asparagus stalk if you care!” I think you can tell I’m being facetious, but this exemplifies one of the many stark differences about small farms and farmers: that they’re often more than willing to chat with you, answer your questions and help you understand where your food comes from as that one degree of separation. And I was offered an extraordinary case of this friendliness while visiting Sang Lee Farms in Long Island.


Though our boxes of produce have yet to start arriving in June, myself and eleven other members of the Crown Heights CSA piled into a van on Saturday headed east to our sponsor farm. (There are now more than 200 members of this CSA — ya missed out!) We arrived just in time to join some members of Long Island-based CSAs also paired with Sang Lee for a two-hour tour led by its owner, Fred Lee. He began by thanking Just Food for matching his farm with our groups. 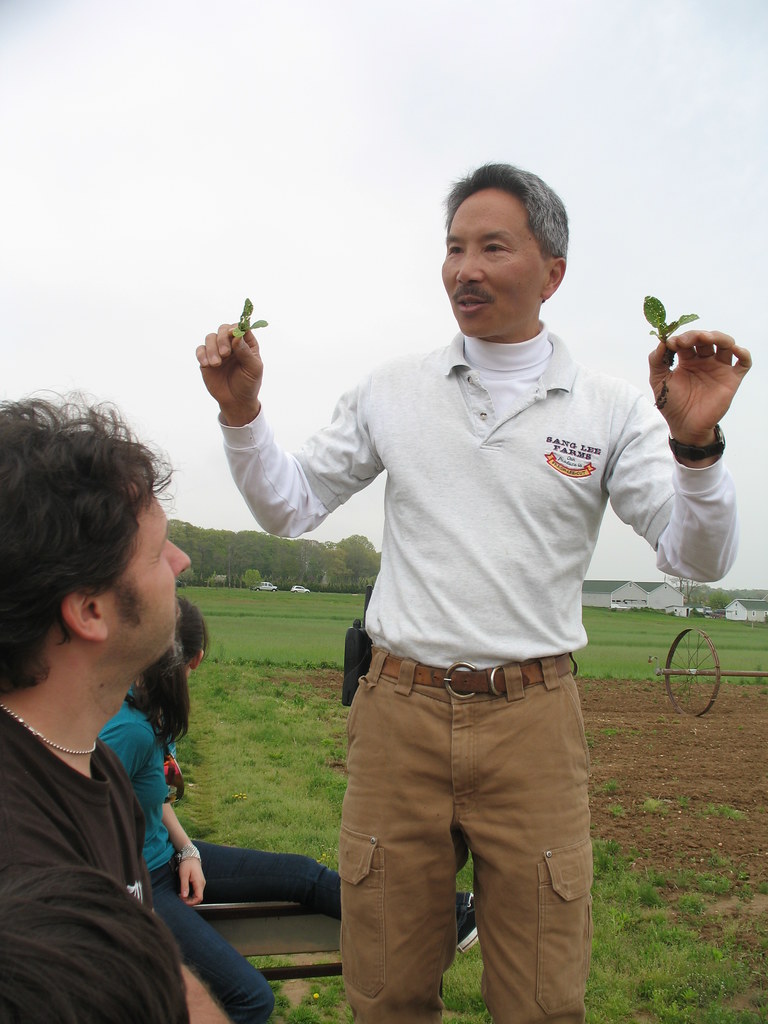 Spread across three farms in the North Fork, Sang Lee is a family-owned farm spanning three generations. Like its neighbor, Garden of Eve (which I visited recently), it grows only certified organic produce: over 100 vegetables including Asian and specialty varieties. Fred and his wife, Karen, now operate the farm along with their three children and a handful of full-time staff, some of whom have been helping the family for twenty years or more. Though much may have remained the same in this tight-knit farm through the years, it underwent a significant change a few years ago, when Fred applied for organic certification. Standing at the base of a vast field of just-peeking lettuce leaves, Fred explained that the farm had been a conventional operation until it dawned on him that “there has got to be a better way.” Using practical horticultural and folk solutions rather than pesticides, such as splashing soapy water in the greenhouse to curb insects, was more sensible and safe for the environment, Fred found. He also feels that there is a botanical cure for every human ailment, as practiced for thousands of years in traditional Chinese medicine and by many other cultures. 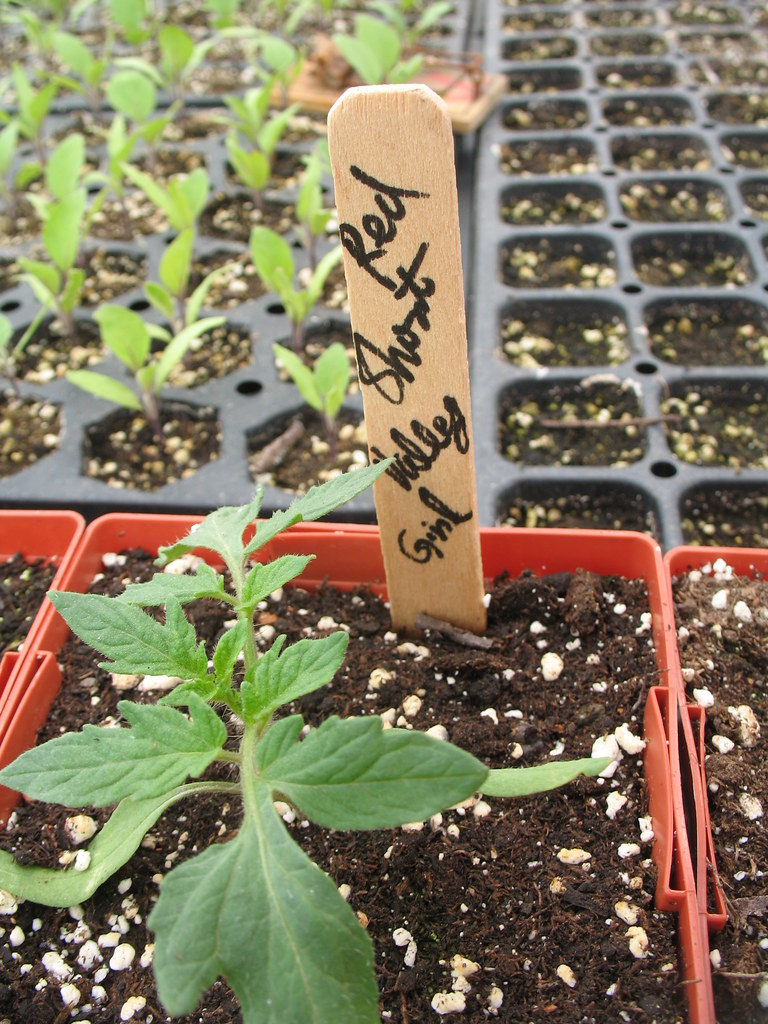 labeled seedlings in the greenhouse 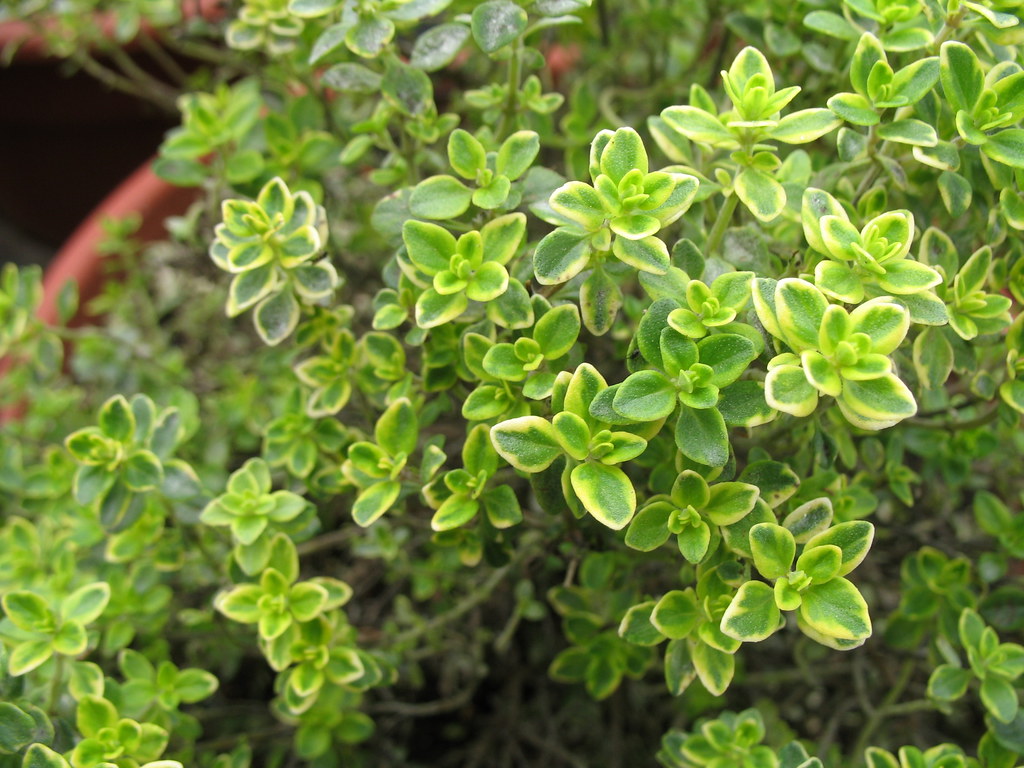 Going organic meant also that every plant on his farm starts from certified organic seed. Fred doesn’t agree with genetically modified (or GMO) seeds so widely used elsewhere. He brought up as an example the government’s use of harmful chemicals like DDT on immigrants arriving in the country, or the “wonder drug” thalidomide: “We didn’t know it at the time, but that had an impact on the environment. We acted too soon,” he reasoned. “We don’t know all the consequences with GMO products.” Sang Lee became a certified organic farm after a three-year wait in 2007. 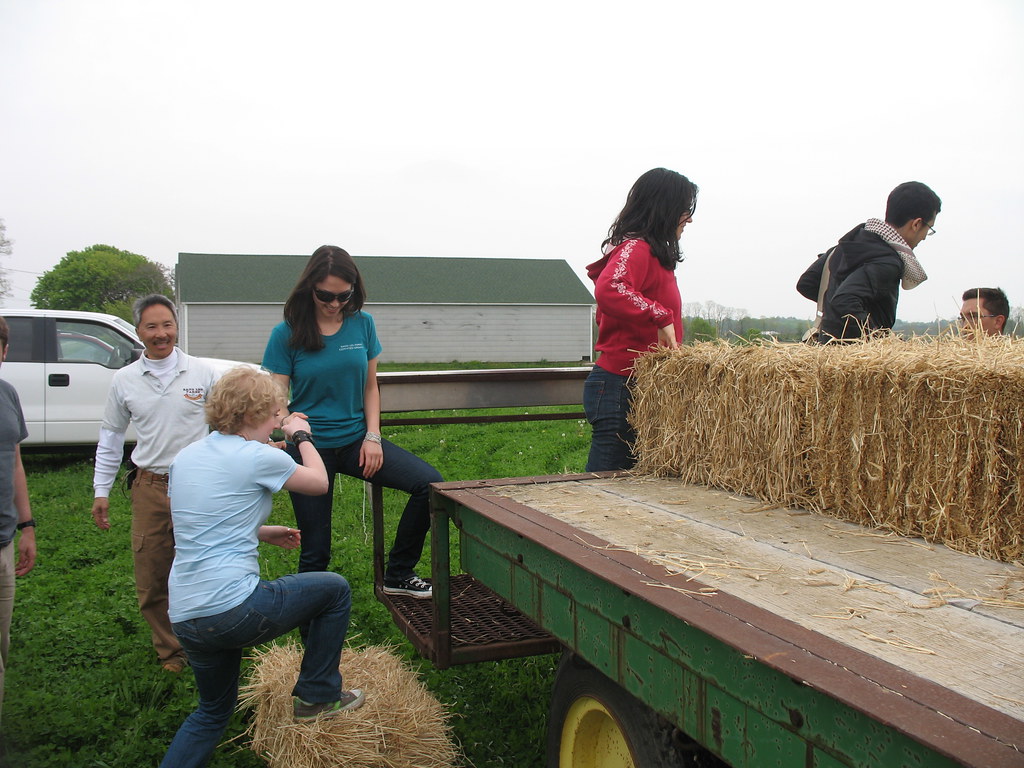 hopping aboard the haystack ride 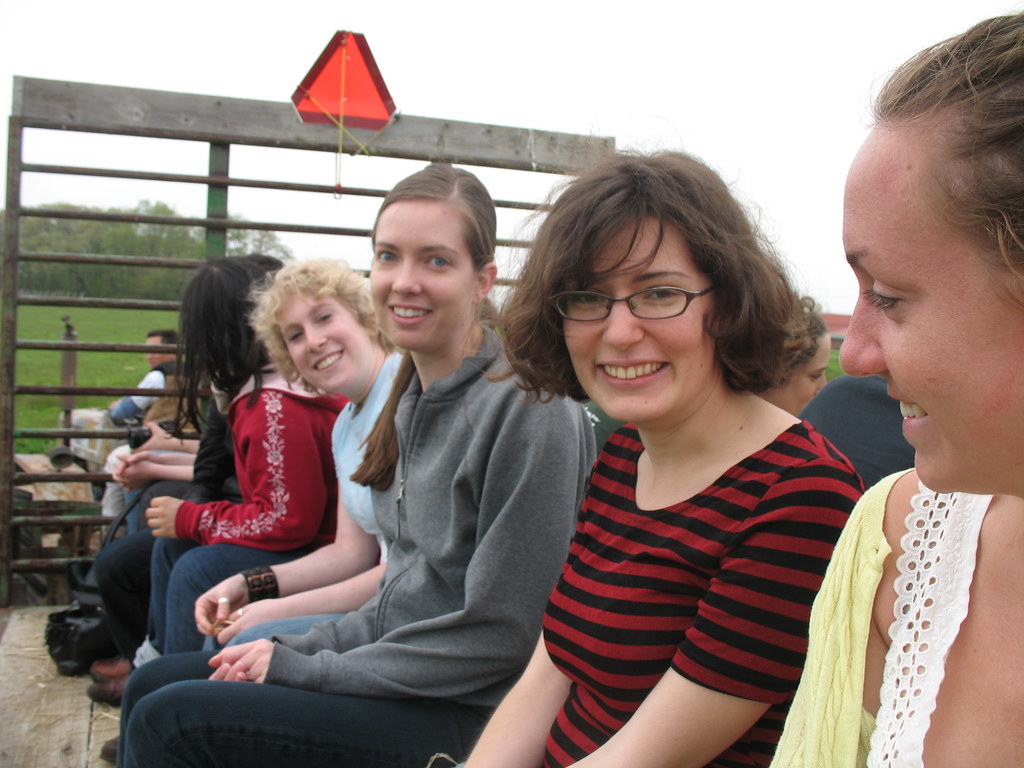 some of the Crown Heights CSA crew


Aside from pointing out these and other tenets about natural and organic farming methods, we were informed about the unique characteristics of soil in Long Island’s North Fork, transferring crops from greenhouses to fields for a longer harvest, and the importance of bees to the upkeep of their crops (the farm has several beehives, though one colony sadly fell victim to CCD last summer). While touting the principals of organic and certified natural farming methods, Fred made sure to emphasize that all farmers share many of the same values and principals. “All the farmers I know are really resourceful and hard-working,” Fred said, after cracking a joke that painted farmers in a buffoonish light. “That’s the way people tend to think of farmers working today, but it’s not the case.” For his part, Fred grew up on his father and uncles’ farms, but he also went to undergraduate school in Vermont and graduate school at BU. He was physiological psych major, Fred admitted with a laugh when I asked if he studied agriculture. But he also took many courses in botany. 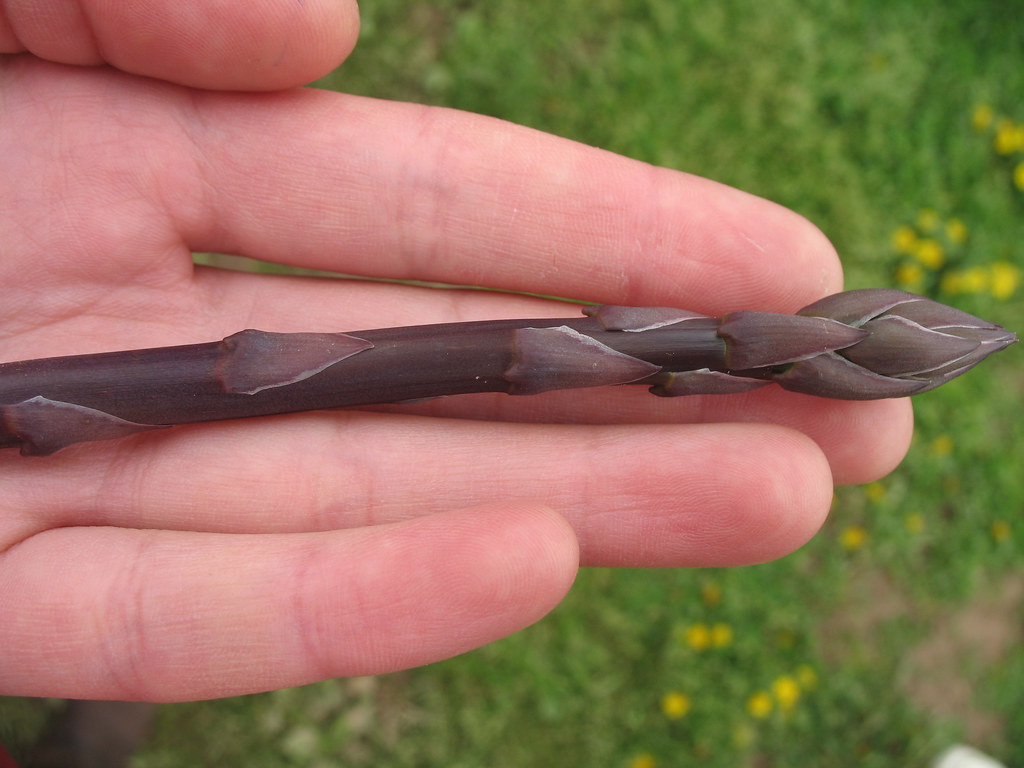 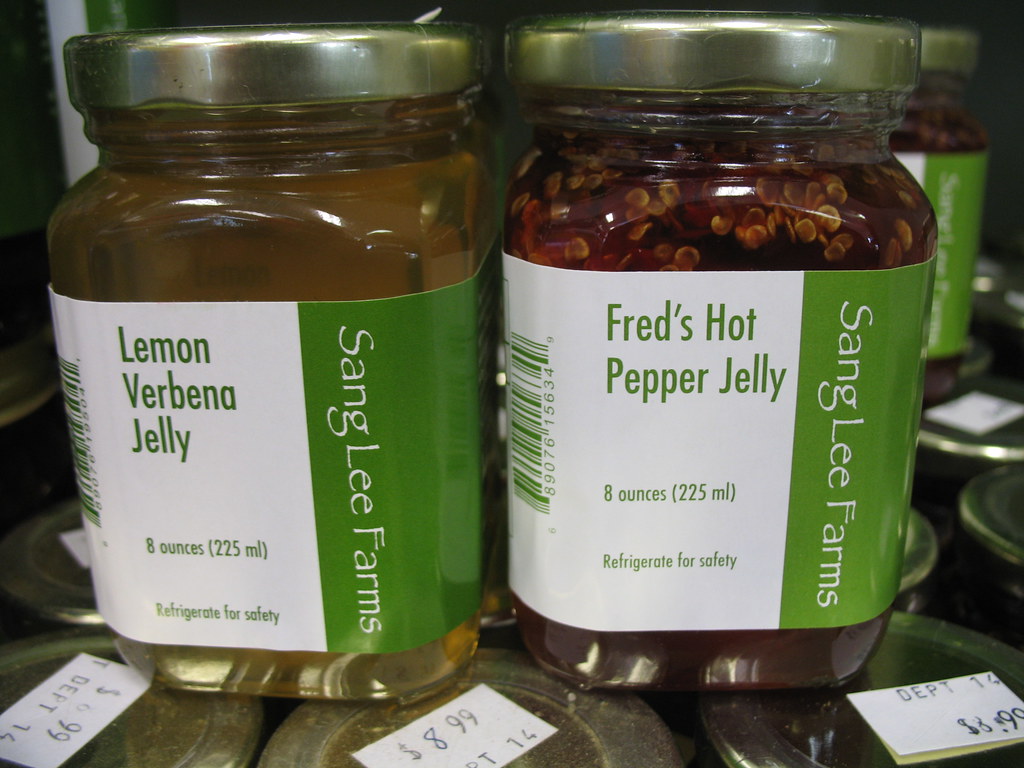 With new CSA shares to service, new fields to till and a new harvest season approaching, Sang Lee seems off to a busy year. Fred’s wife and daughter Jennifer are avidly planning events such as dinners, cooking events and wine tastings at the farm over the course of the summer. You can be sure I’ll stay tuned in to those. And even if you can’t get down to the farm, or aren’t a member of one of their CSAs, you can now get a taste of Sang Lee in New York City. The Fulton Stall Market is opening on May 22, at the historic South Street Seaport. Sang Lee will be one of the small purveyors selling there every Friday and Saturday. In addition to fresh produce, they’ll be selling their freshly made prepared foods, like pestos, salad dressings, dips and jams. Of course, I love how so many of them have an Asian flair.