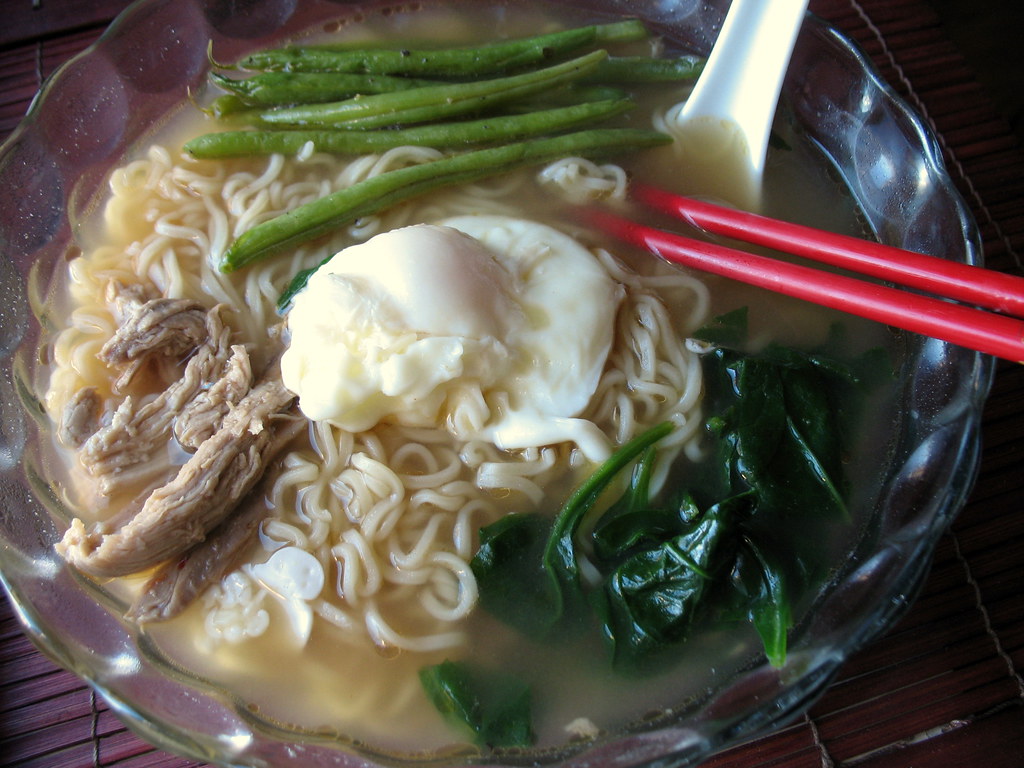 Look, I know we’re all frightened about the economy, but that doesn’t mean we have to resort to eating instant ramen every day… Not convinced? Okay, neither am I. What I meant to say, really, is that you don’t have to resort to eating blahmen every day. As long as there’s still a few leafy green vegetables left to pick, and as long as eggs aren’t a luxury item (which they actually might become soon), you can still cook up a mean bowl of soup noodles using your bodega-bought block of instant ramen. Or how about something new altogether, with said noodles? Hear, hear, Brooklyn’s favorite kitchen store is calling on folks to do just that.

The Ramen-Off, a cook-off where entrants must use a pack of instant ramen to invent any dish of their imagination, will take place November 9th at Union Pool. It’ll be part of The Brooklyn Kitchen‘s two-year anniversary party, and no, you don’t have to use the “spice seasoning” packet in your dish (or even include any soup). More details and rules to be posted on the store’s blog, but it’s free to enter your dish, and as you know, probably very cheap to prepare. Plus, I’ll be one of the judges, so don’t let me down! Points for creativity! Ingenuity! Whatever you do, please don’t make me gag. Nor the other judges on the panel, which include Sonny Bang (formerly of Craft and New Williamsburg Cafe) and a surprise judge, to be announced. 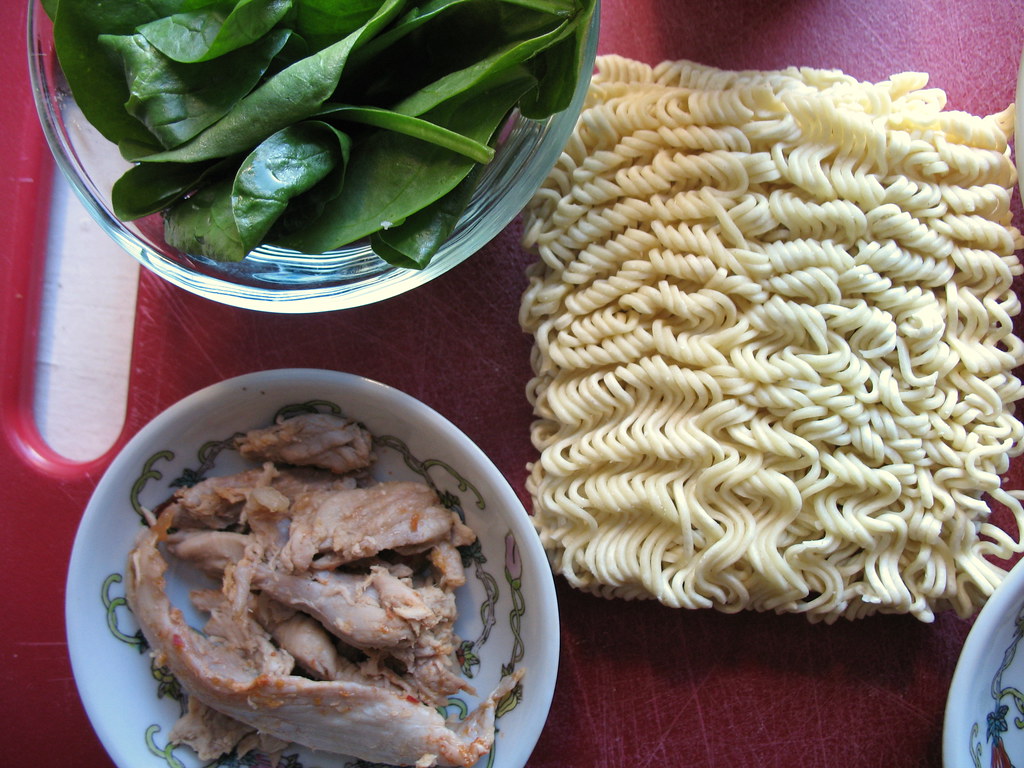 It’s seldom that I cook a packet of instant ramen without adding at least one foreign object. Usually, this takes form in a single egg, cracked into the center of the noodle-cube, just as it’s boiled soft enough to dig out a hole in its center. Often, it’s chopped fresh scallions. Leafy greens are a good thing to cook into the soup. If there are any leftovers about, like this happenstance stash of shredded pork, they’ll probably work out just fine, too. Without a doubt, a little drizzle of sesame oil adds a nice flavor and sheen to the soup’s surface, and when I’m feeling too disgusted with the flavoring packet, a few spurts of soy sauce are enough to make me do away with it whole. This is how flexible instant ramen is; it’s your noodle soup, and it’s in your hands. It’s the packet of the people. 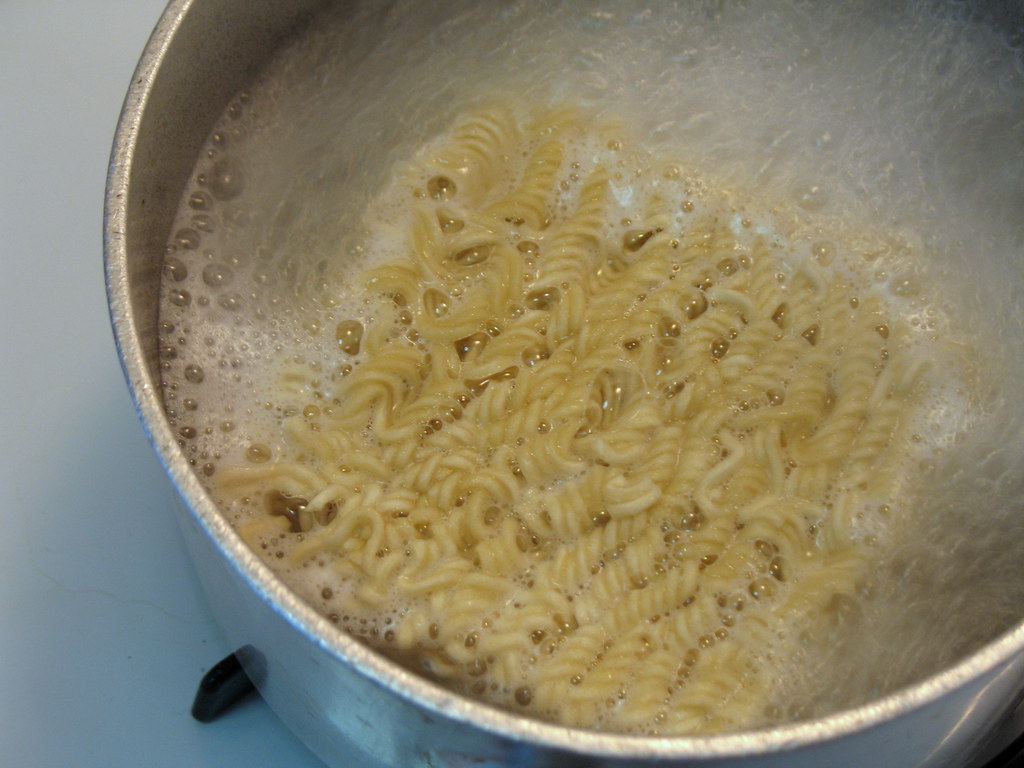 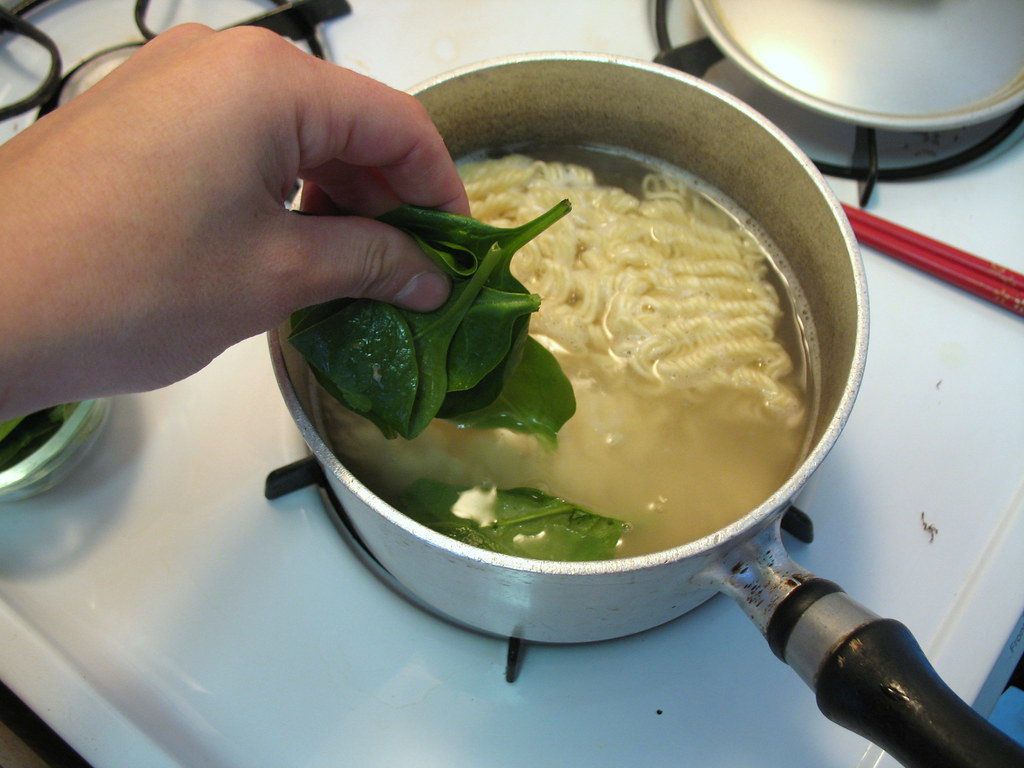 fresh greens like spinach need only a minute to cook

I didn’t have any scallions for this bowl of noodle soup today, but I did have some baby spinach and leftover garlic-sauteed green beans. The only addition to this bowl of noodle soup that requires some bit of thinking (rather than just tossing vegetables and pre-cooked meat into the pot to warm up at the last minute) is the egg. I like to poach an egg right into the soup, and this can be tricky to do. First, you’ll have to get your noodles up to a nice boil. Turn the heat all the way down to low, then make a well in the center of the noodles after they’ve been cooking about one minute. Carefully drop your egg into the center. It will stop the boiling for a moment. Then let it cook about three minutes longer. During that time, you can add whatever else you’d like into your soup, including the flavor packet if you so desire. Just be careful not to stir where the egg is. It’s hanging out there, getting poached at the bottom. Also, don’t raise the heat any higher during this time, as that will make the egg froth in a weird way. After three minutes, it should have cooked to a medium soft-boiled consistency. Then, you can transfer your soup to a bowl. 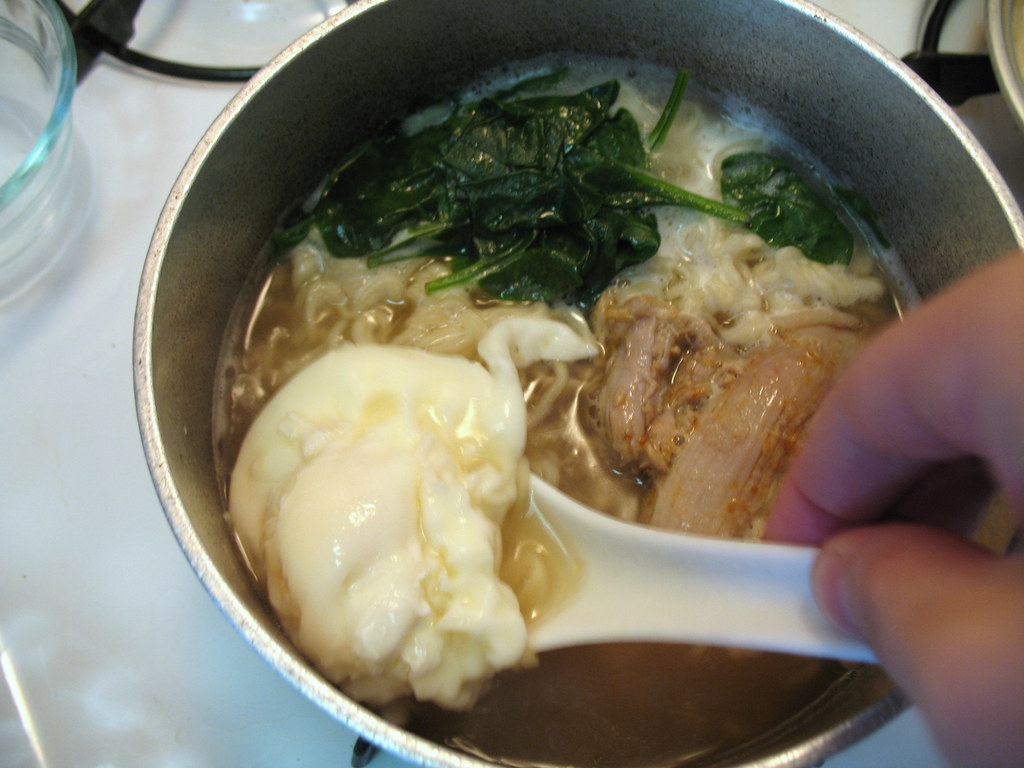 I’ll also advocate never using any more than half the contents of the seasoning packet per noodle soup. I don’t think I need to tell you that it’s basically MSG and saturated… sodium. Obviously, instant ramen all alone has almost no nutritional value whatsoever, so it’s important to get some greens in there — and then finish up your soup, where all the vitamins in them have spread. Personally, “noodle soup” is just as much about the soup as it is about the noodles, so I slurp up every last drop. An equal ratio of liquids to solids per spoonful is just about right for me. But I have witnessed this not being the preference with many people when it comes to ramen, or any noodle soup. I can’t tell you how confused I was when, as a youngster, I began noticing all my friends draining the liquid entirely before they ate instant ramen. This continued into adulthood, strangely enough. 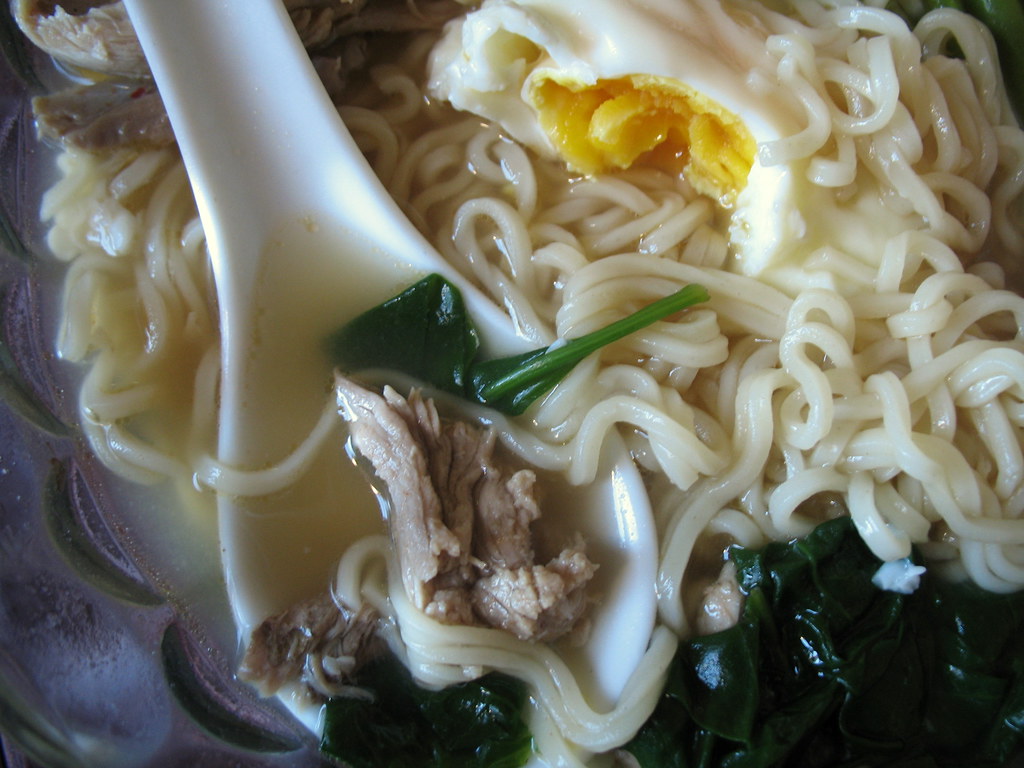 But I won’t get on anyone’s case about soup-to-noodle preferences. After all, it really is just a preference matter, and that seasoning packet-only “soup” is really the lowest common denominator. Instead, I can’t wait to see what’ll happen when all the rules are thrown away, and ramen is reinvented in so many ways on November 9th. Hope to see you there! (Oh, and if you want some inside tips, I’ve got you covered… )