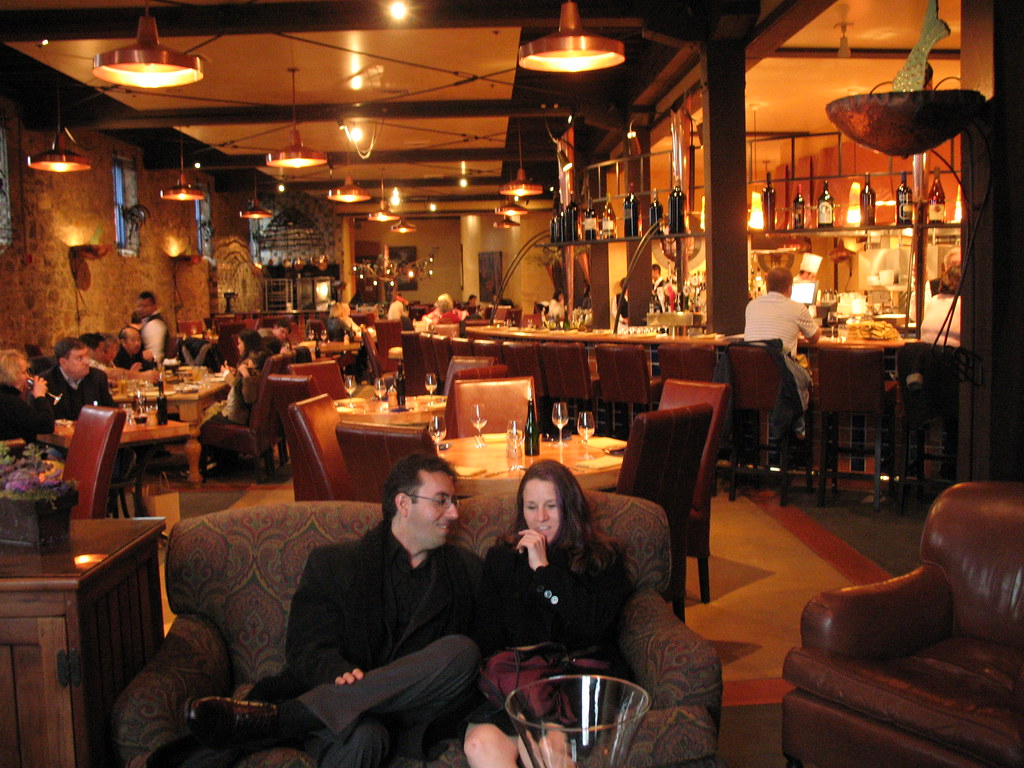 Here’s a moment where I really wish that a friend of mine had executed her idea to write a parallel blog to mine called, “Not Having Sex in New York.” The plan was, we would be able to compare and contrast the relative advantages or disadvantages of both plights and the unique revelations we each discovered.

I still have much to wonder about what it would be like only having sex in a strange city, country or town, where one found oneself for various reasons — work or pleasure. Alas, I can only offer you my side of the story, the only-eating-out-when-out-of-town one. Ho-hum.


The title of this Reason of the Month must sound like an incredible oxymoron. Why care about what it’s like to eat out when you’re supposedly “not”? Granted, there’s been a lot of eating out this month for a blog that’s all about eating in. First there was Morocco, then the past few weeks afterward, which have shown me that February, not April, is in fact the cruellest month. But in the end, I was whisked away as if on a magic carpet ride to the West coast, where I got the star treatment and more delectables from the finest chocolatiers and winemakers in the Bay Area than I could dream of. Oh, and I got to eat out.

Eating out, when you haven’t in quite some time, is a different experience altogether. It’s not easy to make a general statement on how this is so, because meals can still be a dud here and there (cough — Cincinnati), just as always. But for me, the overall eating experience is heightened, and I’m super-sensitive to all the flavors, smells and entire atmosphere of the restaurant. Plus:

1) You can be extra selective about the restaurants, since, after all, every time you eat out is a special occasion.

2) You’re more likely to eat out somewhere for a purpose, like a celebration, or to visit old friends or relatives, and that will add a layer of meaning to the experience.

3) Tasting something that you’ve never tasted before becomes much more revelatory, and inspiring.

To illustrate difference 2, last weekend I got to catch up with an old friend from college, who recently opened a restaurant in San Francisco with his two brothers. Called Namu Bar, it specializes in Korean-Japanese fusion with modern, unorthodox twists. It was incredible. Even if I didn’t have any connections there, I doubt I could have had a more exciting meal anywhere else in the city. (Though of course, it didn’t hurt that my mom and I were given the VIP treatment, and surprise courses and sake kept coming to our table.) 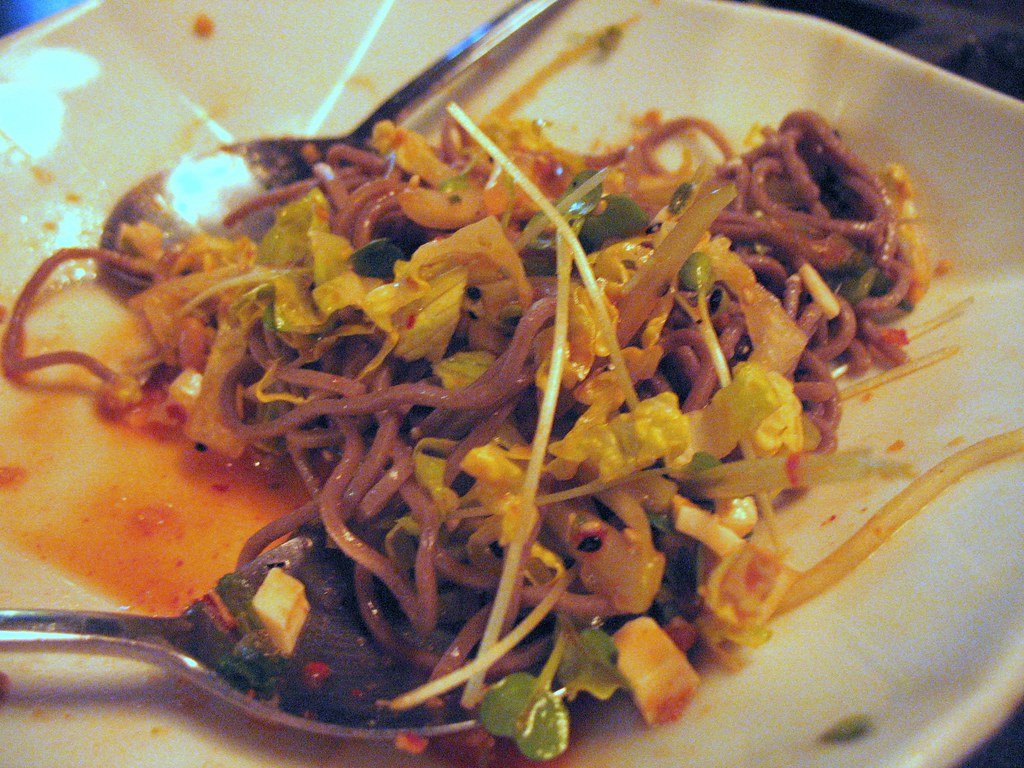 a springlike soba noodle salad with pea shoots, tofu and a sweet-and-spicy vinaigrette

My friend Dave Lee, who co-owns Namu with brothers Dan and executive chef Dennis Lee, told me that they all received their culinary education from their mother. The chef-owner of a Korean restaurant in Natick, Massachusetts, Lee’s mother is a friend of Ming Tsai, and appeared once on an episode of Simply Ming. While her restaurant specialized in authentic Korean cuisine, the younger generation has taken her mastery and fashioned it into something completely new. 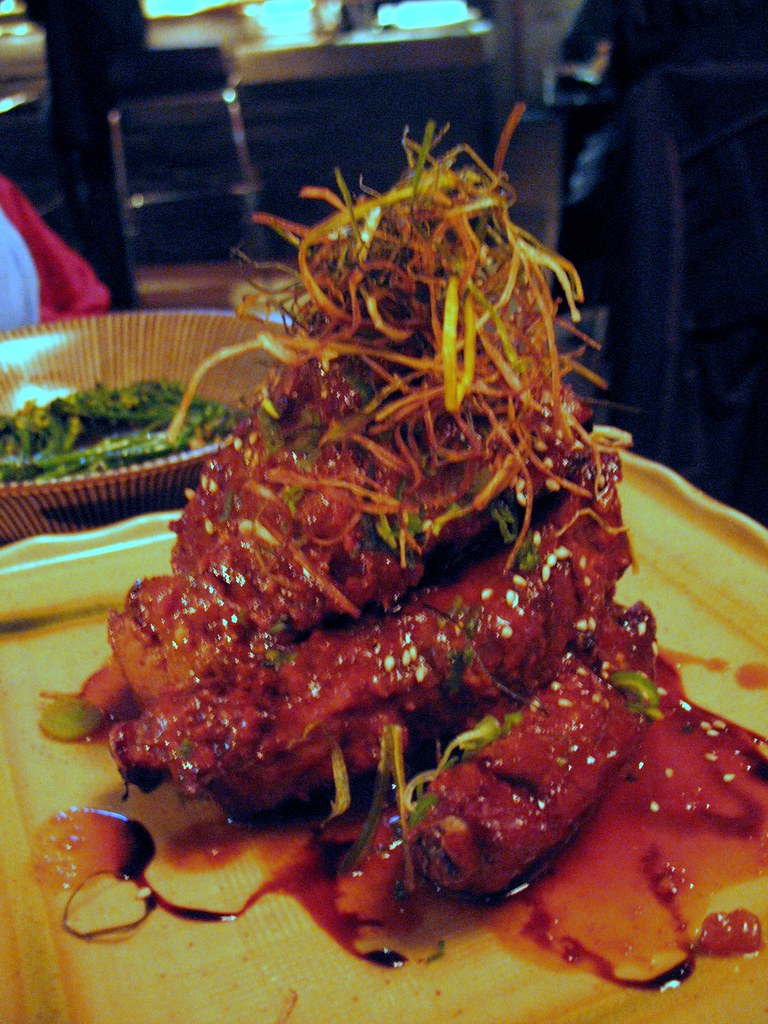 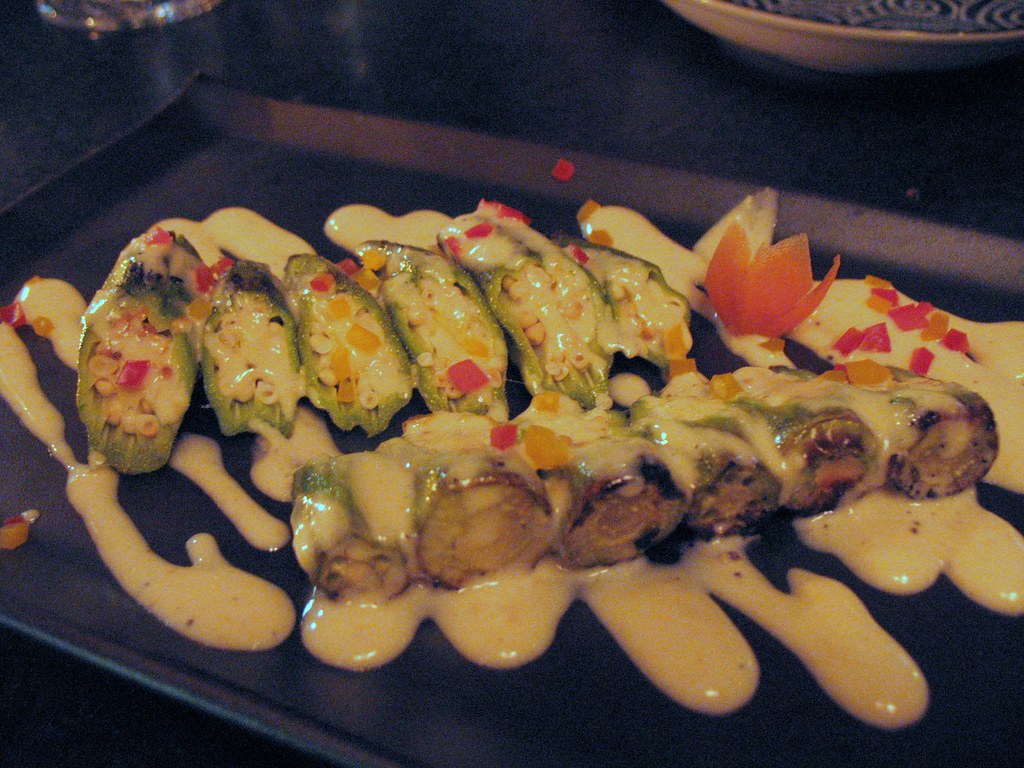 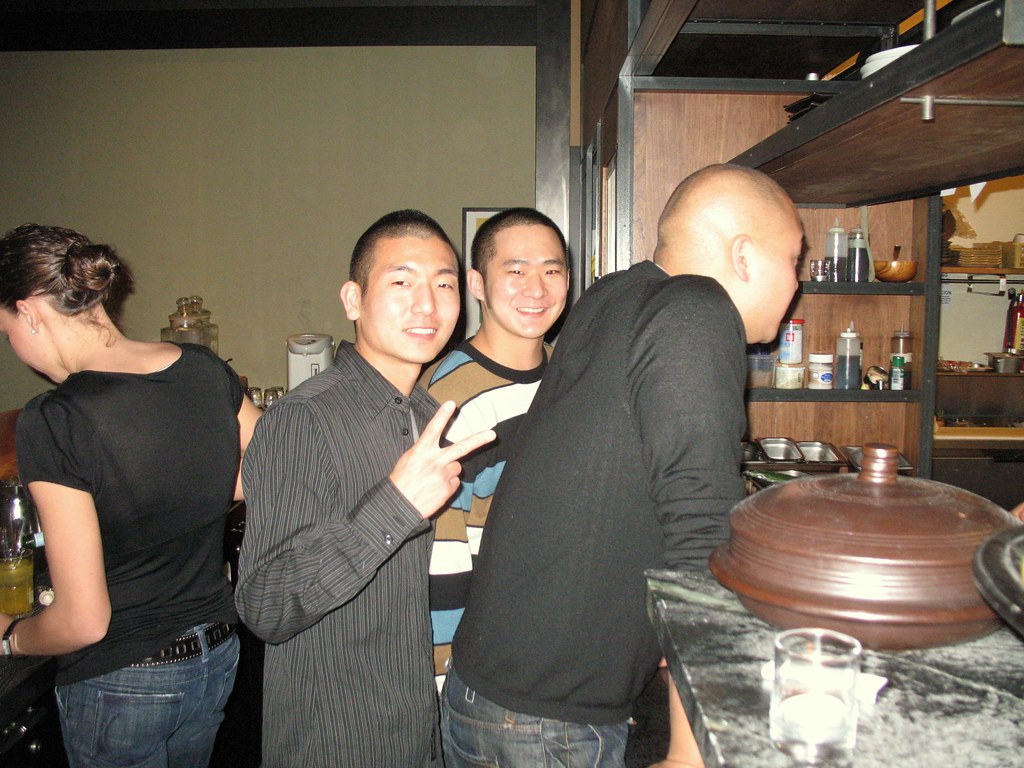 New and hip also is the restaurant’s open-concept kitchen and small, intimate floor. While sipping on cocktails at the bar, you can gain an appetite watching the cooks working around a grill ablaze with cooked-to-order small plates.

Continuing with point 3, my moment of food Zen after Namu came in the form of a French onion soup I ordered at the CIA California campus’ Wine Spectator Greystone. I can still feel the airy puff of foam in my mouth from the soup’s surprising soufflé-like topping. 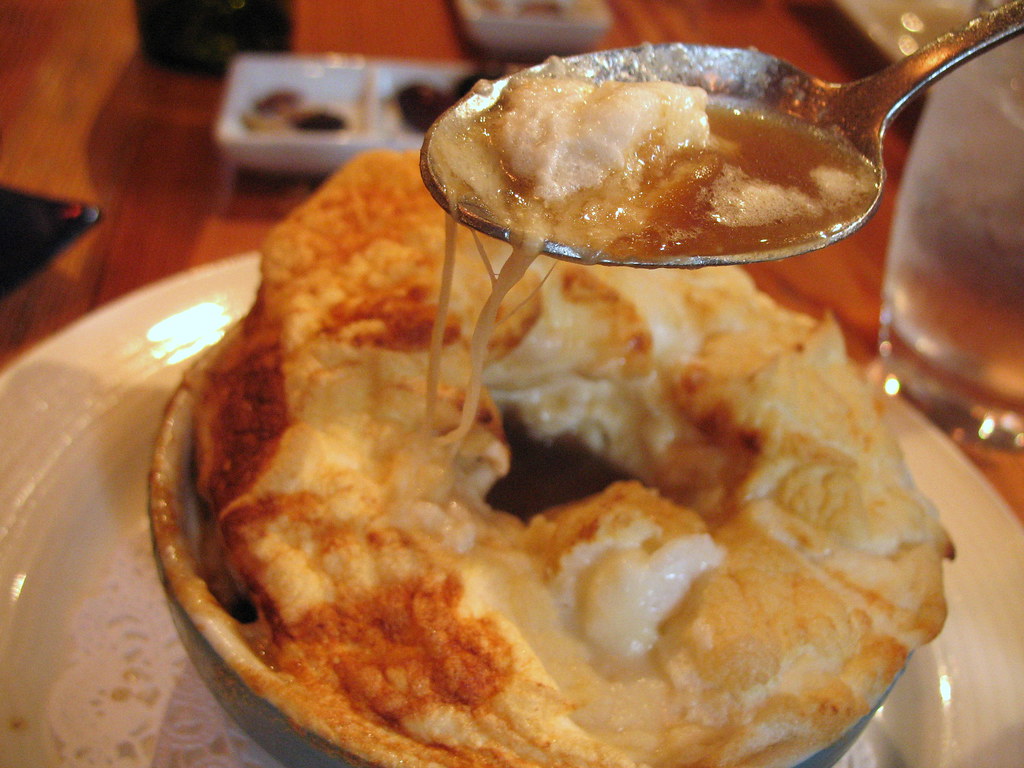 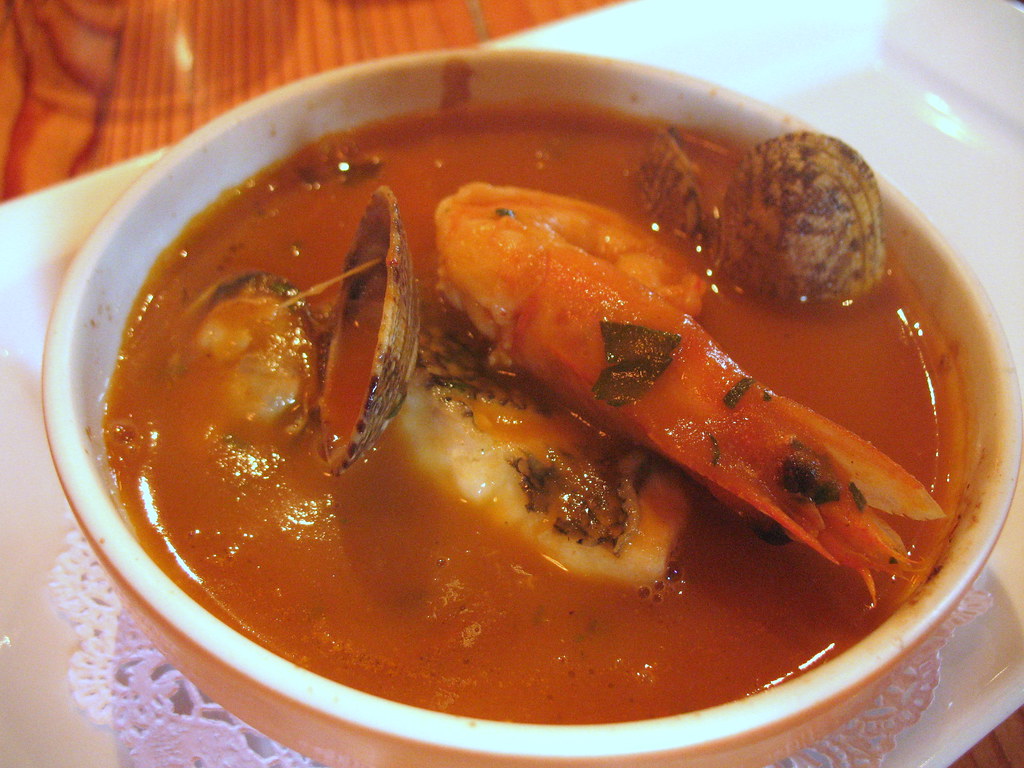 Another highlight of the rare eating out experience, and this probably only applies to avid home cookers like me, is the “I’m totally going to make this at home” factor. To what end this inspiration might entail is up to fate. But the thought alone certainly adds to the excitement of a great meal. This occurred with an amuse-bouche I tasted towards the beginning of a fabulous dinner at the Copia center’s Julia’s Kitchen restaurant, which we enjoyed with the other winners of the Death by Chocolate contest and Mark Douglas, from Culinate. 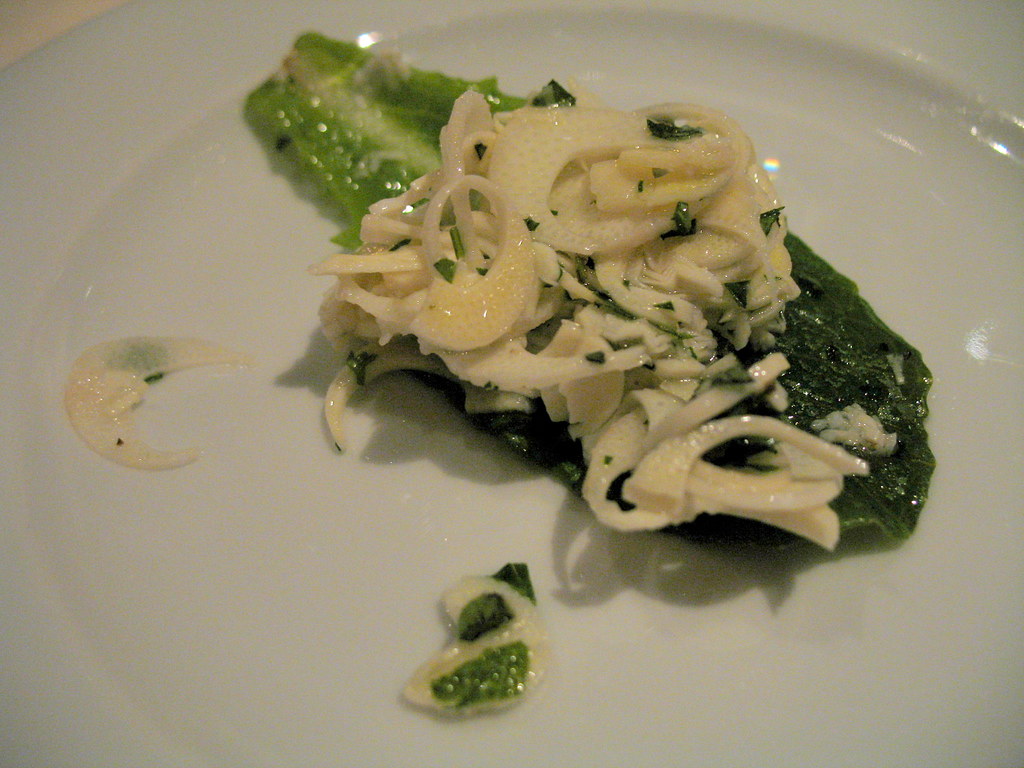 hearts of palm, sliced in thin crescents and dressed simply atop a leafy green 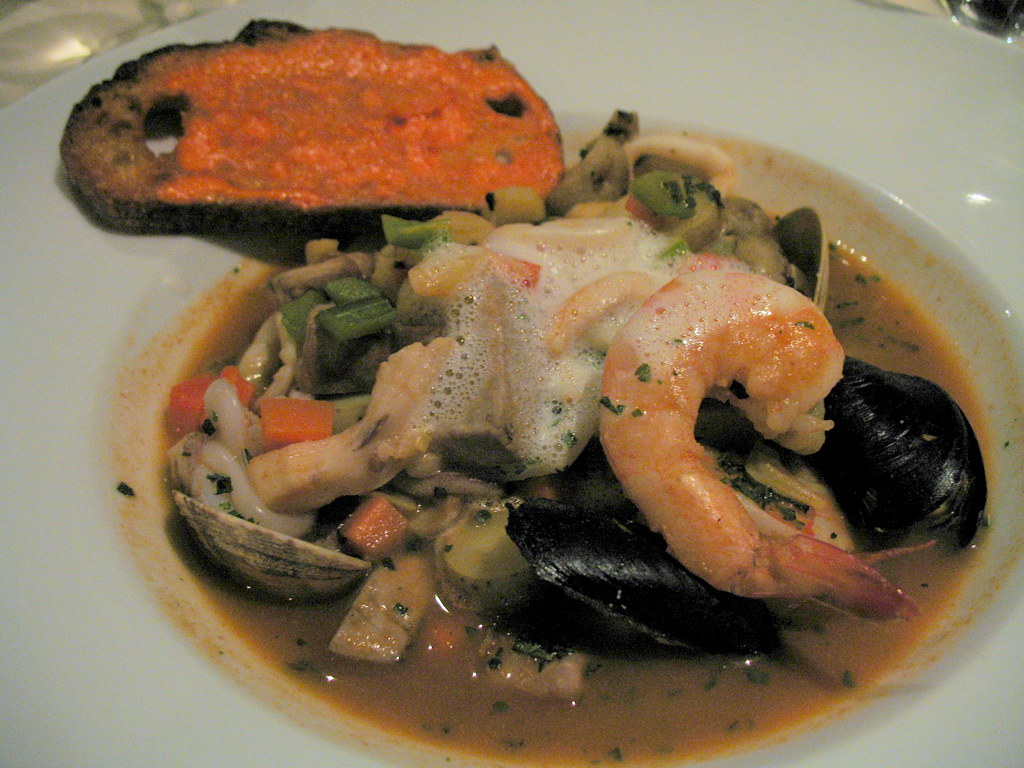 Finally, there’s nothing at all to complain about eating out when it’s someone else’s treat. I must be on the gods’ good book to have dined at Julia’s Kitchen, of all the fine cuisine in the fine cuisine-obsessed Napa Valley, for free, thanks to Culinate. That’s something to savor in itself.