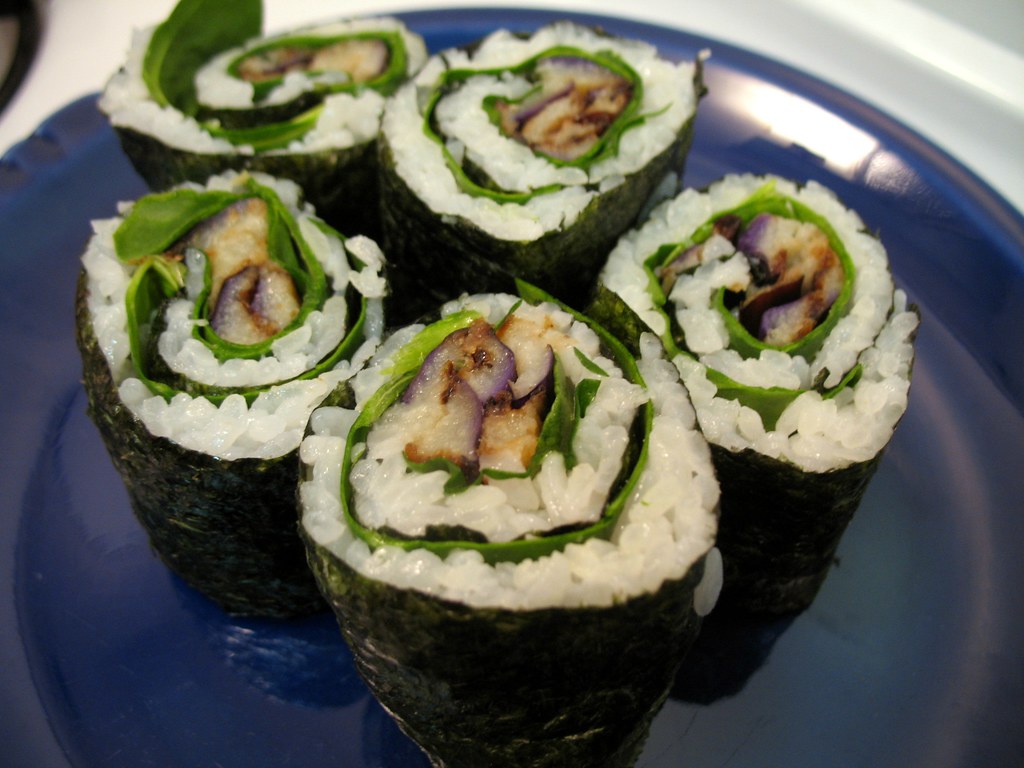 The rest of the city may have largely moved on, but I still can’t decide between Hillary and Obama. It’s like deja-vu, back to being a kid in the candy store. I’m standing there scratching my head and weighing a Mars Bar and a Milky Way in each hand, while the rest of the kids have scampered outside, chomping away on their selections. The problem is, there is little difference between a Mars Bar and a Milky Way, just the packaging and marketing angles their manufacturers have decided to give them. These things evolve over the years, figure a year or two before another big ad campaign; but the marketing and packaging of our presidential candidates, on the other hand, changes literally every day. That’s why I can’t decide (after all, the policies of both candidates — their nutritional value, you might say — are nearly identical). But you know what? It doesn’t really matter who little old me, myself and I decide on. Obama’s on a roll.

Not to dismiss the fact that everyone has a voice, yadda yadda, as insubstantial as we may seem. It’s not right to side with the winning team for that reason only, yadda, yadda. I am perfectly comfortable with my as-yet-undecided position. And while I sit back with bemused wonder at the mudslinging session that’s just begun, I think I’ll make a nice dish dedicated to each of these candidates. So here’s the one for Obama.

In the spirit of his snatching up the delegates and inspiring crowds that rival those of rock ‘n roll shows, I’ve rolled up some crispy fried eggplant and fresh spinach in this veggie maki-zushi roll. 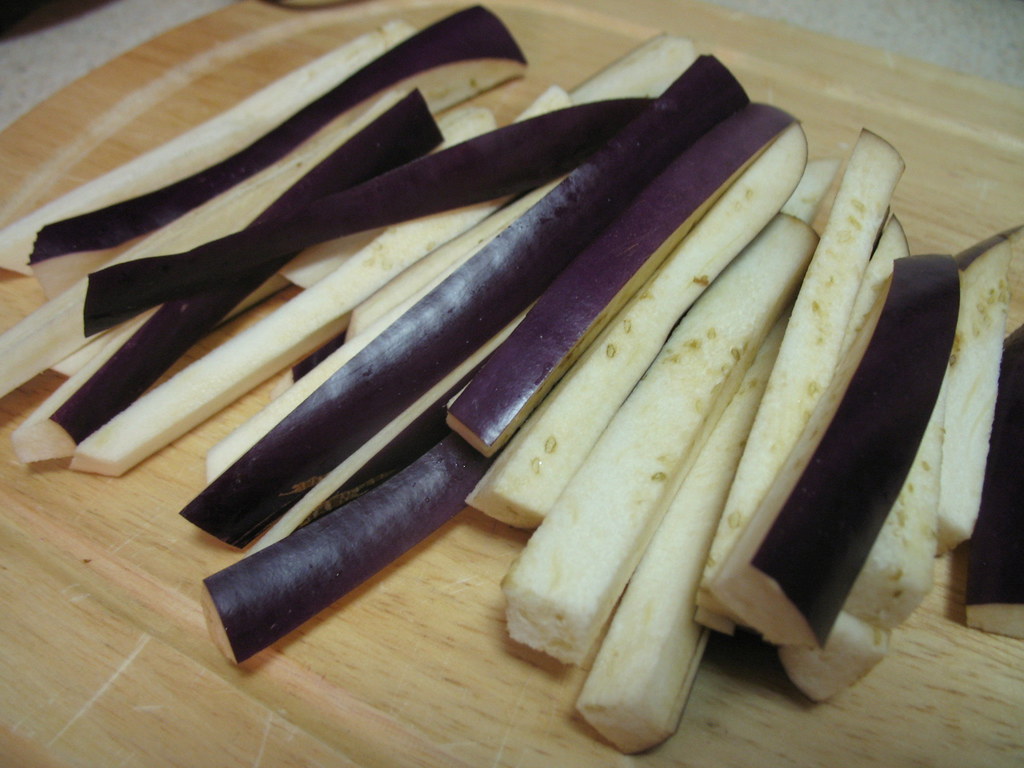 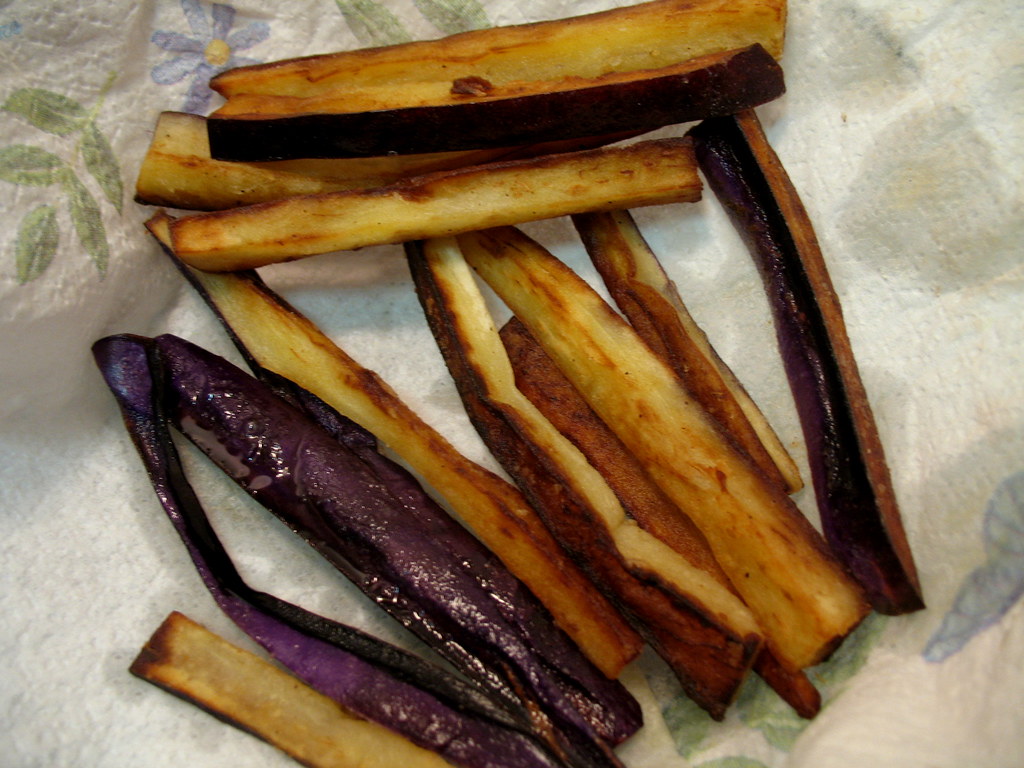 afterward: all mushy inside, and perfect for gobbling up as leftovers

It’s not a very clever recipe after that in terms of Obama-ness. According to WikiAnswers, Obama’s favorite food is Chicago pizza, so I guess I’m way off the mark here. The man could hate sushi for all I know. But at least eggplant and spinach are Italian cuisine-friendly components. In all honesty, I’ve been itching to make sushi and maki for a while. In the last couple of months, I purchased a book, a rolling mat, sushi rice, sushi vinegar and nori, but haven’t had the time to put it all together. I took things step by step, spending one week to read up on the finer points of mixing the rice, and so on. I think this slow, measured progress is sort of Obama-like in his state victories. And to parallel his critics’ concerns, I happen to be very inexperienced at maki-making. 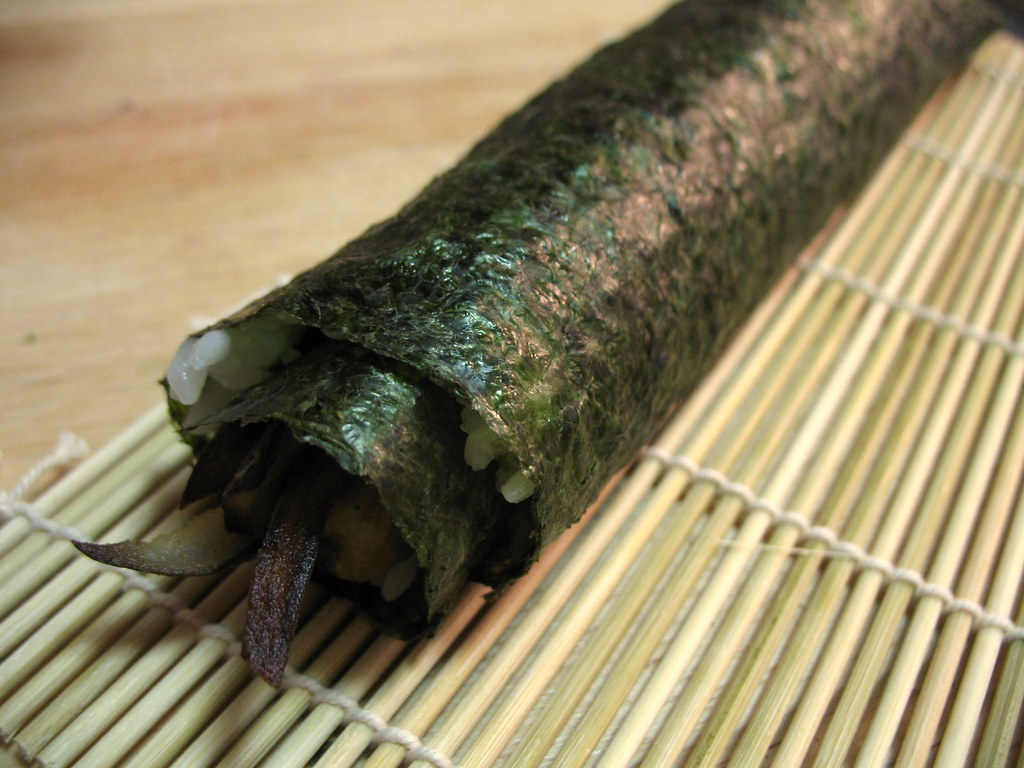 
To my surprise, making these rolls at home was much easier than it looked. In fifteen minutes’ time (after the rice was cooked), I had a gorgeous, healthy and tasty meal that more than satisfied my cravings for cheap Japanese take-out. It was just fresher. And more interesting, with the slightly chewy seaweed playing off nicely against the crisp spinach, and a touch of soy sauce to accent the mild savoriness of the still-warm eggplant cradled inside. This recipe’s shown me that as long as you have all the right ingredients, experience might not be that important. 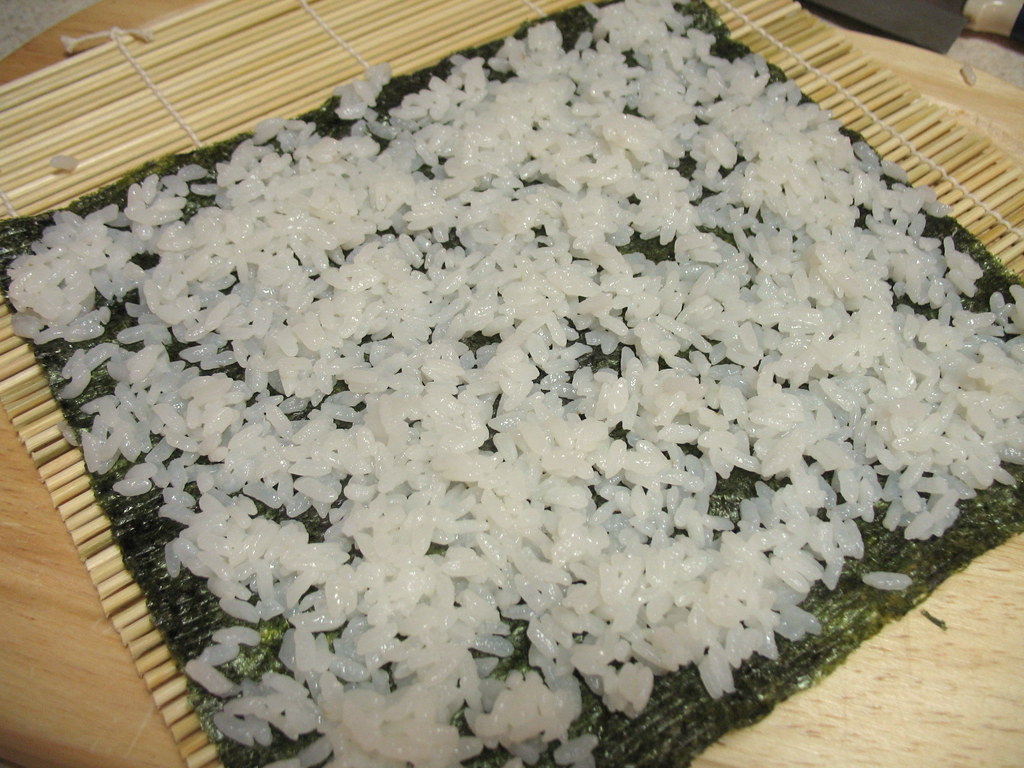 sticky fingers: my hands got all stuck to the rice (wet them first) 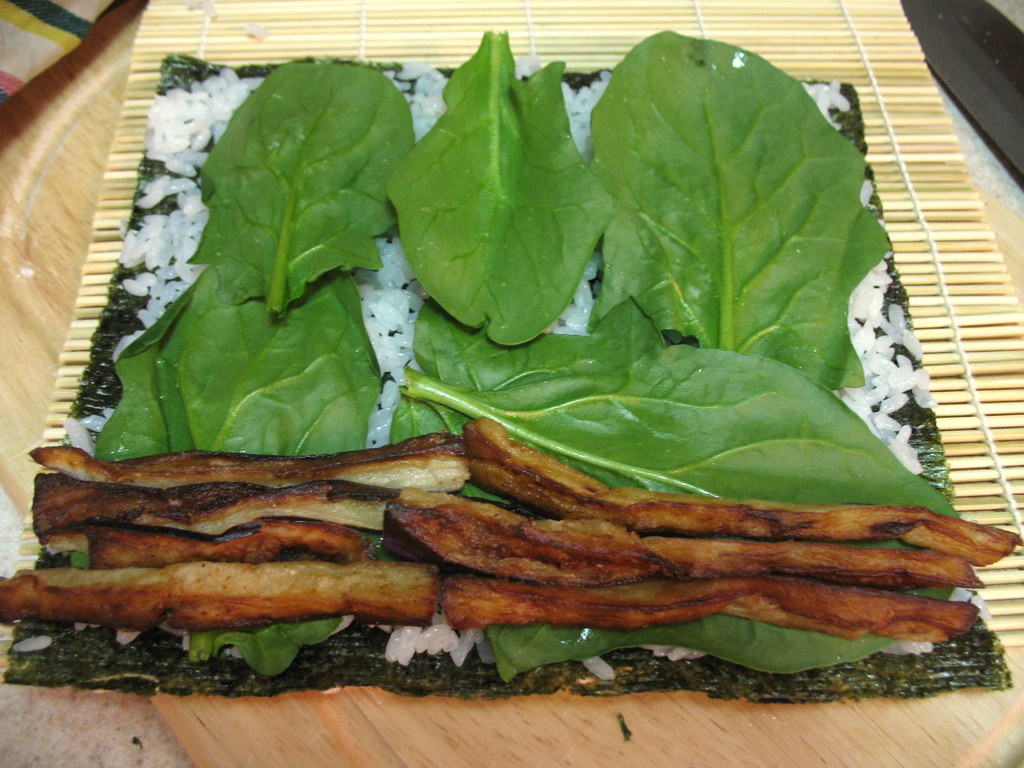 it’s a wrap: if you can roll a burrito, you can do this

*I used a bottle of stuff simply called “Sushi Vinegar,” and its ingredients are vinegar, water, sugar and “seasonings.” If you want to mix up your own from scratch, get yourself some Japanese rice vinegar and dissolve sugar and salt into it, following one of these recipes.

Rinse and drain the rice, and cook in a rice steamer according to your machine’s regular instructions. In the meantime, spread about half of the sushi vinegar into the bottom of a large square or rectangular baking pan (unless you have the traditional porous, wooden flat-bottomed bowl, or hangiri, which is preferred). Transfer the rice to the pan and gently mix with a soft rubber spatula, while you fold in the rest of the sushi vinegar. Do not overmix, as you don’t want to break any of the grains. Cover the pan with a wet towel and let cool to room temperature before using.

In a deep, wide pan, heat up the vegetable oil on high. Mix the flour, salt and peppers in a bowl. Working in batches, toss the eggplant in it and shake off any excess flour mixture. Once the oil is hot, place the eggplant sticks in the oil. After about a minute, turn them over so that their other sides brown. Remove with a slotted spoon or tongs after each side is nicely browned and place on paper towels to drain. Repeat with the rest of the eggplant.

Place a square of nori on top of a sushi rolling mat (these are ideal because its long slats of wood distribute pressure throughout the length of the roll). Wet your fingertips, and place little handfuls of rice evenly on top of the nori square. Spread until it has reasonably even, light layer of rice. Arrange a few spinach leaves in a single layer on top of the rice. Pile a neat, small line of fried eggplant sticks about a half-inch from the edge closest to you. Lift up the straw mat on that same side, and roll until the nori covers the eggplant. Without pressing too hard, continue to roll, lifting the straw mat out of the way as you go along, until the entire nori sheet is rolled up. Press down a little bit on the finished roll to secure the ends (the sticky rice should help the roll stick together). Using a very sharp knife, cut the roll into five or six pieces. Place the pieces cut-side-up or down on a plate. Serve with wasabi and soy sauce. 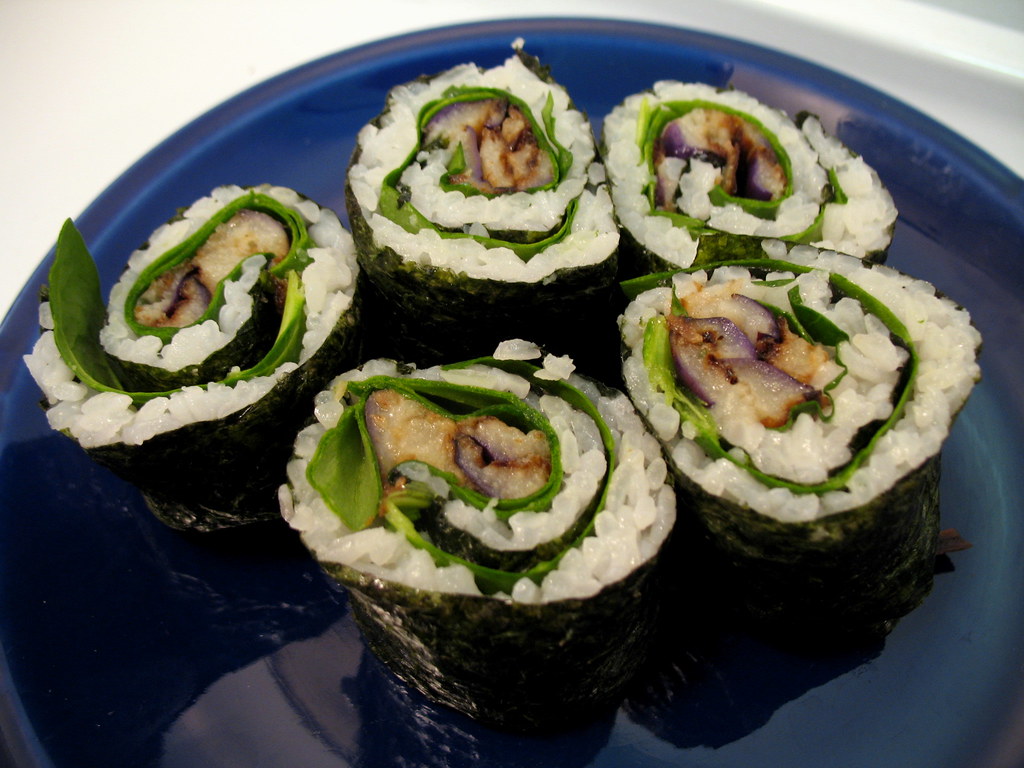 Two brownie points: Obama’s a really trim guy, so I thought he’d appreciate the carb-cutting, nutritional home run this recipe offers. (He can’t be eating pizza all the time, or very often at all, probably.) Save for the little bit of vegetable oil used to crisp up the eggplant, this recipe has a lot going for it: fresh spinach and eggplant combined add plenty of vitamins including K, C, A, E, fiber and potassium. Nori is a thin, very concentrated form of seaweed and like all seaweeds, packs antioxidants, calcium, iodine, omega-3 fats, B-vitamins and medical research has shown it to have positive effects in particular for women. (It also has a lot of sodium, so you don’t want to chow down on it by the handful. In fact, go easy on the soy sauce while you’re at it with this recipe, too.)