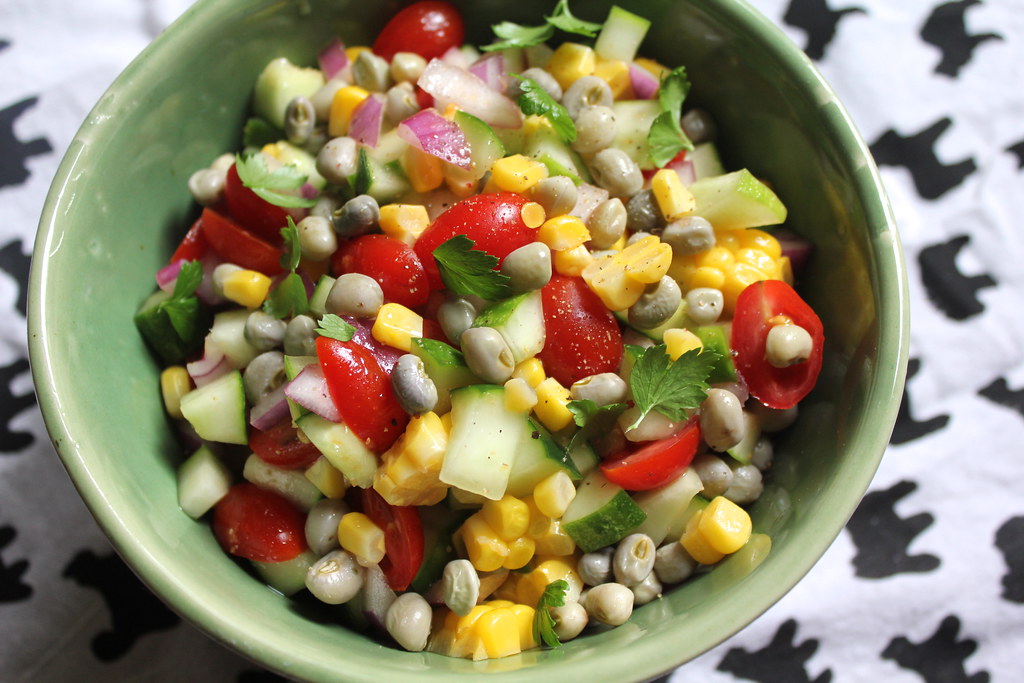 I love making new food discoveries, like making new friends. This late summer-almost fall, I came upon some warbled bean pods that were blushed with red on the bright green outsides. Fresh cowpeas, so the sign for them had read. This wasn’t at the farmers market, where I usually find my rare produce delicacies–but at the bodega down the block from me in Brooklyn, which catered to a mostly Caribbean neighborhood clientele and was run by Korean owners. I have relied on this bodega, and many like them, throughout Brooklyn for everything from last-dash needs like lemons or ethnic specialties like rice noodles. This time, though, thanks to the season’s harvest, they had a special of the day that I couldn’t refuse. Even though I’ve never cooked with freshly shelled cowpeas before.


This is one of those tales where transplanting foreign ingredients into a familiar context turned out perfectly right. You could easily see black beans in this bowl instead of those cowpeas–or black-eyed peas, which are actually a type of cowpeas. 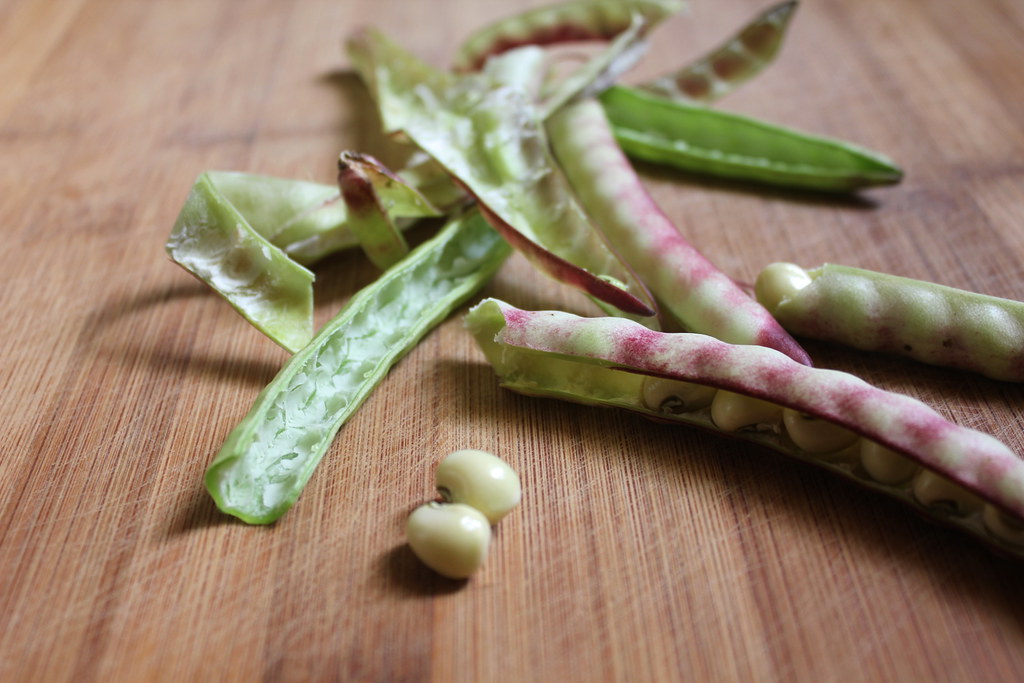 I know what you’re thinking. This is the time of year when summery foods like chopped veggie and bean salads should take their final bow (or bowl), and fall harvest foods march in. But my fridge looks like a tornado of tomatoes hit it recently, and we’ve still got plenty of summery buggers like cucumber and ears of corn sticking around. 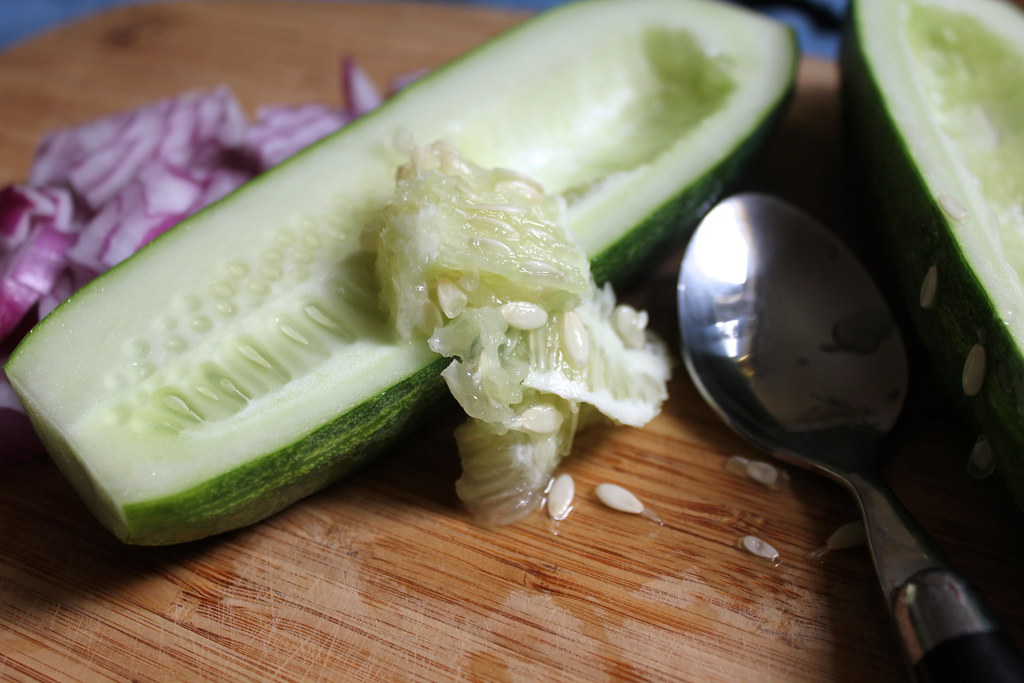 So it was a healthy, hearty salad with cowpeas and fresh vegetables on this recent day. I ate this dish over the course of two lunches afterward and didn’t feel longing for anything. The longer a chunky, chopped salad like this sits, marinating in its sharp citrus juices and olive oil, the more harmonized its flavors become. And if served just after making on the spot, the more refreshing it is. 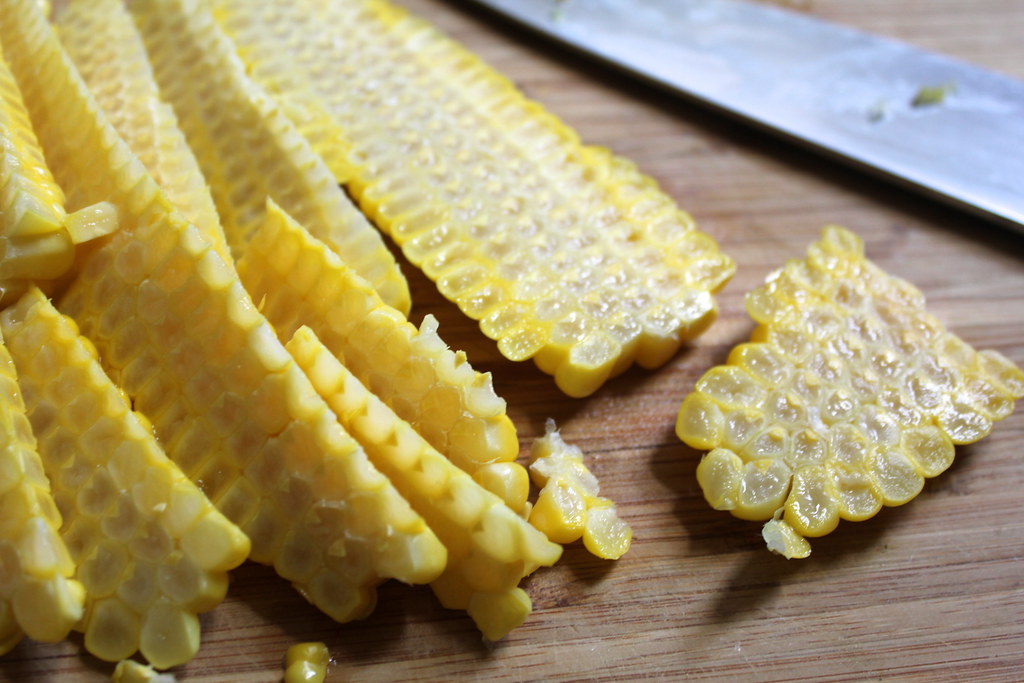 Yes, it’s been drastically cooler in the last couple weeks than the rest of the summer has been; a sign of fall falling upon us, of September’s back-to-basics beckonings. But actually, September is the best time of the year for eating locally in the Northeast region as far as I can tell. You will have eggplants, tomatoes, leafy greens, sweet corn, summer squash, stone fruits, and the first rustlings of winter squashes and fall fruits like apples and pears, all in harvest like one confused party room. It’s also the best time of year to scope out brassicas–broccoli, kale, cauliflower, kohlrabi, collards, cabbage, and pretty soon, Brussels sprouts. These super-food greens tend to shy from very high temperatures so they flourish in the mild early fall season. Yes, we’ll have plenty fun with them soon. 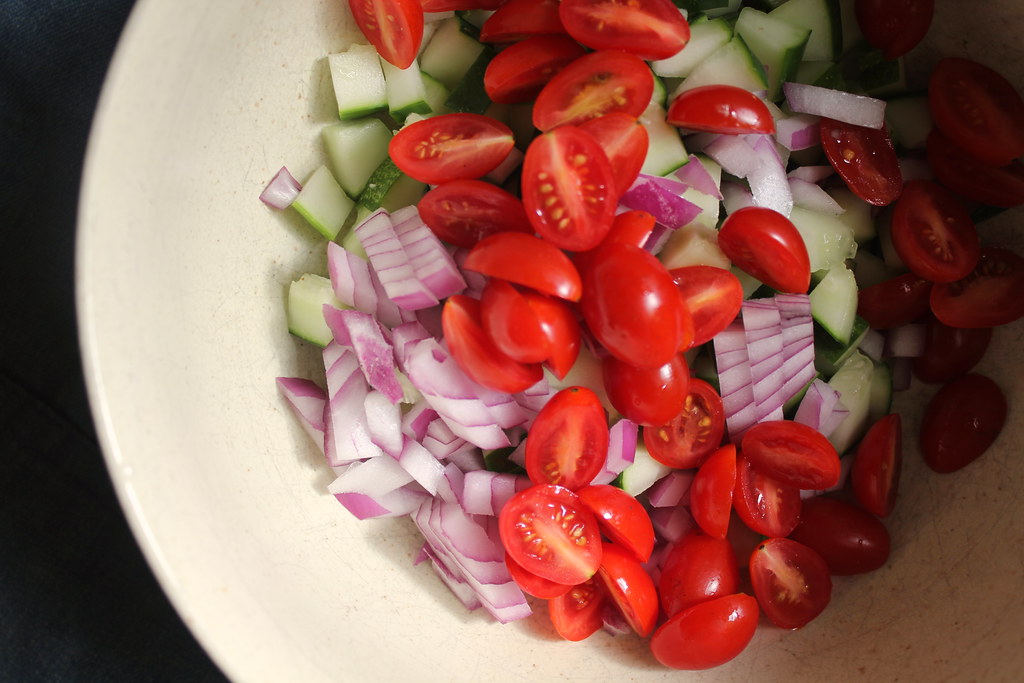 But for now, I’m milking these sweet corn kernels and diminutive tomato halves for what sweet worth they very much are still. And I’ve found a new counterpart of starch and protein both for them, one that doesn’t involve a heavy bread-shell: beans. Or peas? These freshly picked cowpeas are smaller than most pole beans, even little ones like cannellini. But no matter, the fact that they’re squeezed from the pods while still green means that they’ll cook much faster than any dried bean (or pea) and taste fresher, too. Get your hands on some still-green, moist and not totally-dried-up beans in the pod this time of year, as they’ll split your cooking time with them in half. How to tell how fresh they are, hence how long to cook them? Only your taste will tell. In just this small batch of fresh cowpeas, I encountered ones that were much more dried up and in need of longer cooking time than others, which were already tender in under ten minutes. It seems that beans–or peas–have different settings to their seasonal peaks and changes like us all.

1 lb cowpeas in the pod (or substitute with other pole beans in the pod, such as cranberry)
1 ear sweet corn
1 medium-sized cucumber
1 pint cherry or grape tomatoes, halved or quartered
1/4 cup finely chopped red onion
juice of half a lemon
2-3 tablespoons extra-virgin olive oil
salt and pepper to taste
handful fresh parsley, chopped

Bring a small pot of water to a boil. Remove the beans from the pods. Once the water is boiling, drop in the beans and reduce heat to a simmer. Cover and cook for 20-30 minutes, or until just tender. Drain and let cool thoroughly.

Bring another small pot of water to boil. Shuck the corn and cut off the kernels, rotating the cob as you cut alongside its length. Drop the kernels in the boiling water and cook for 2-3 minutes, or until just tender. Drain and let cool thoroughly.

Halve the cucumbers lengthwise. Scoop the seed pockets from the middles using a spoon. Chop the remaining cucumber into fine cubes.

Combine all the ingredients in a large bowl, reserving some of the parsley for garnish. Taste for seasoning, adding salt, pepper, lemon juice and olive oil as desired. Garnish with extra parsley and serve immediately, or chill and refrigerate for up to 3 days.

Three brownie points: Light, refreshing, and filling thanks to the cowpeas. These little nuggets will add some carbohydrates and protein, and the sweet corn lends more carbs along with folate and potassium. Keeping the skins on the cucumbers is a smart move (unless they’ve been heavily waxed or sprayed from a conventional farm) as many vitamins and minerals are contained in its green skin, like Vitamin K. The parsley will add more of that, and the tomatoes and fresh lemon juice, a good dose of antioxidants.

Seven maple leaves: It’s almost something of a harvest-time succotash, except with a different type of plant-based protein in season than beans. Each of the vegetables are found abundantly in late summer to early fall in the Northeast, and it’s easily to swap in and substitute, like adding chopped green beans to the mix. The lemon and olive oil aren’t found in these parts, but are essential for a simple, light seasoning.