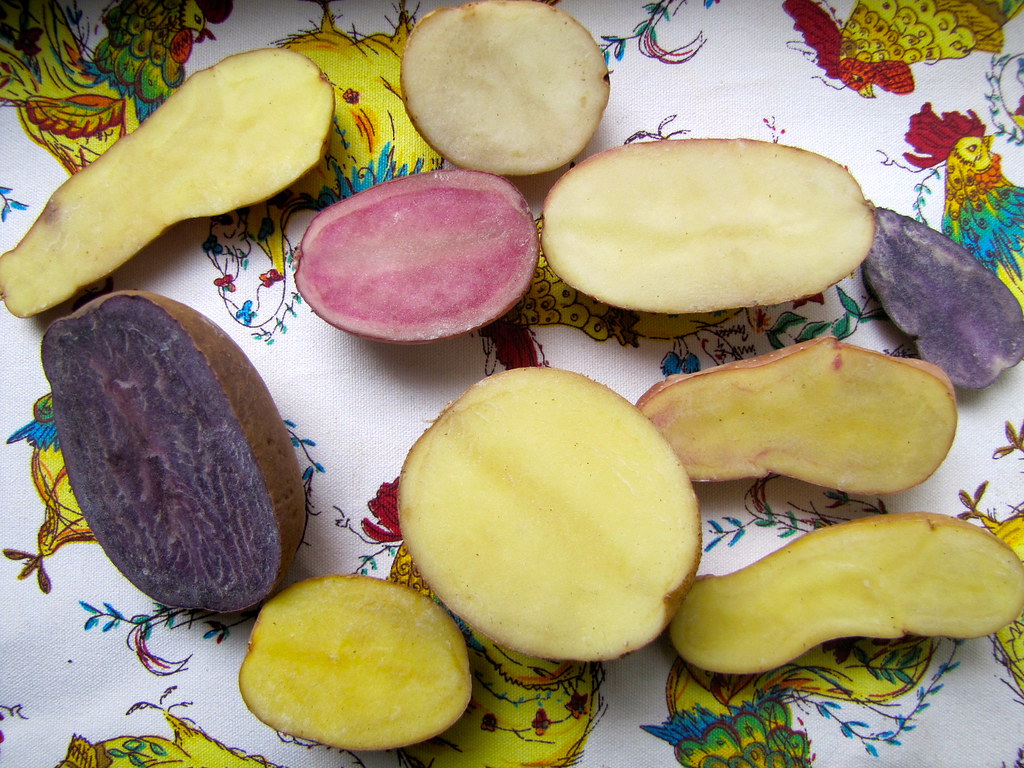 Oh my gosh, the winter farmers market is getting smaller by the minute. There is barely any seasonal produce besides root vegetables and maple syrup. This, most post-jogging, baby-strolling, dog-walking, casually-shopping New Yorkers might assume, is not the greatest time to be scoping out the goods from the farmers’ bins. But actually, the scant selection of local produce makes me hungry to dig deeper into each one. And heck, I have more time than ever to do so without the distraction of squash blossoms. Here, I’ve explored a few types of potatoes, which of all things are flourishing in multiple shapes, colors and variety — yes, right now, in the dearth of mid-winter’s dullness.

There are a few categories of potatoes to note. There are similar tubers like yams, sweet potatoes, and sunchokes that we will not be exploring here whatsoever. Today we’re talking just potatoes, in their ever-faceted forms. A few of these varieties are commonly called “fingerlings,” because of their oblong, finger-like shape. Under that umbrella, there are numerous individual varieties, which can range sharply in color and overall characteristics. They’re also generally under the umbrella category of “waxy” — or less starchy — potatoes, along red potatoes, which both have more sugars and are less fluffy when cooked than a Russet potato, at the other opposite of the spectrum in texture.

This study is not exhaustive when it comes to the scope of potato varieties, as there are so many that I doubt I could track them all if I went up and down the North and South American continents. I baffled the farmers at Union Square by picking out just one each of the many potato varieties in their many crates one day last week. Looking to better familiarize myself with less-common potatoes, I didn’t grab any red potatoes, russets and unnamed white potatoes that were also available that day.

So, the contents of my bag from last week’s trip to the Union Square Greenmarket looked like this: 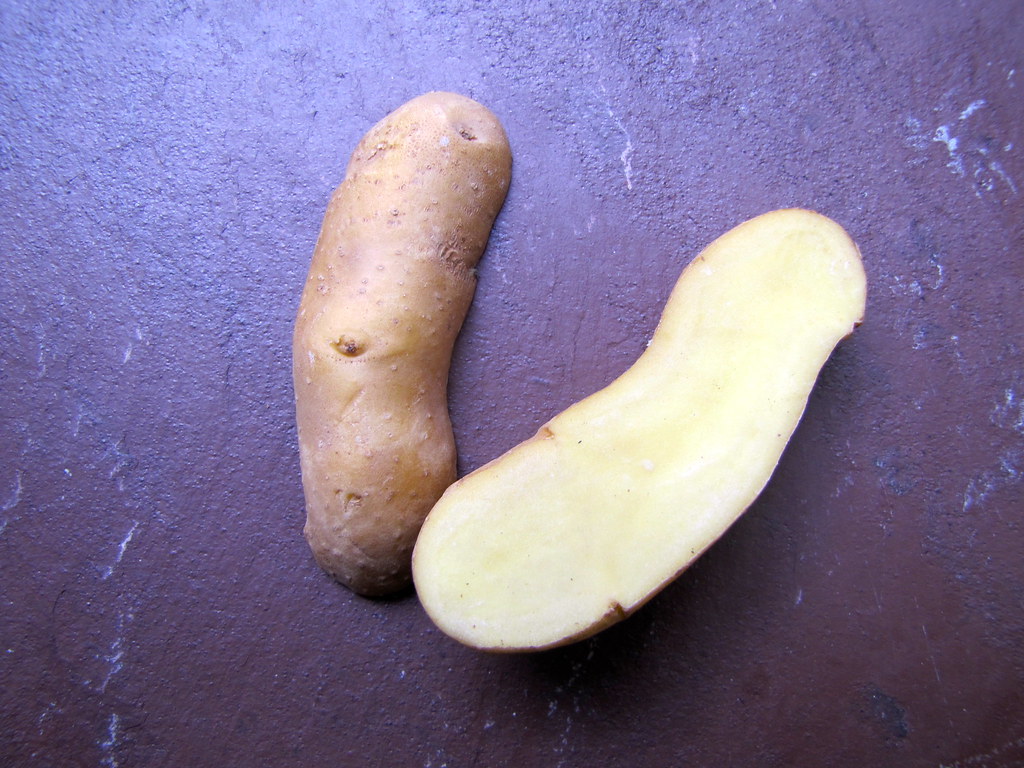 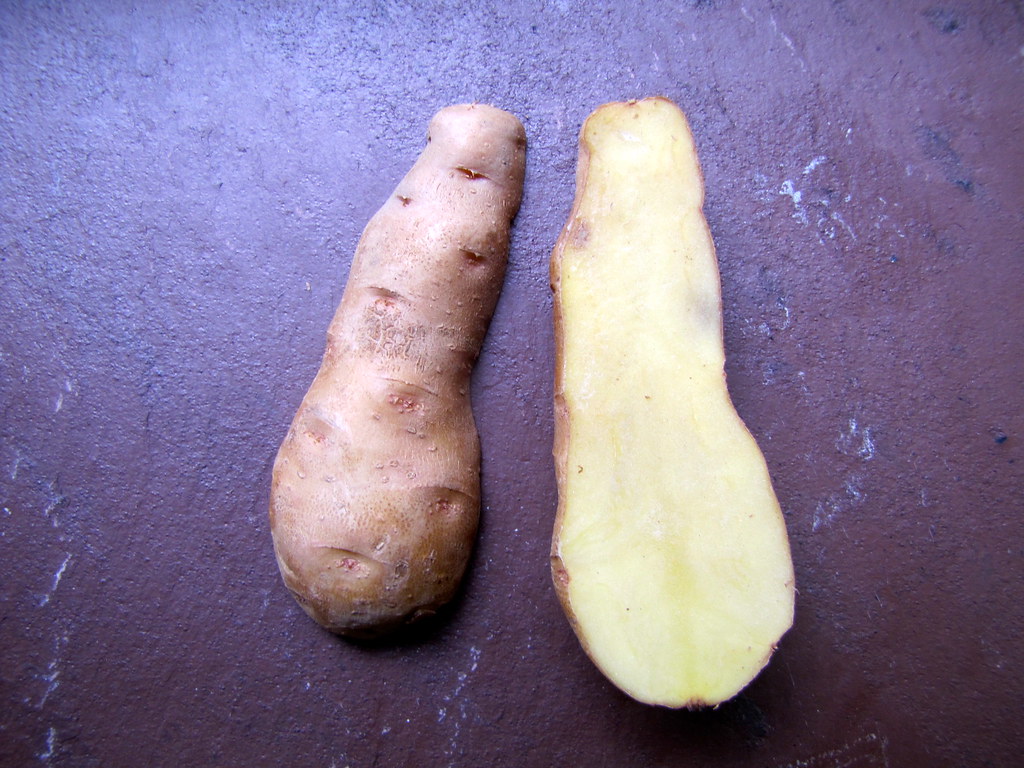 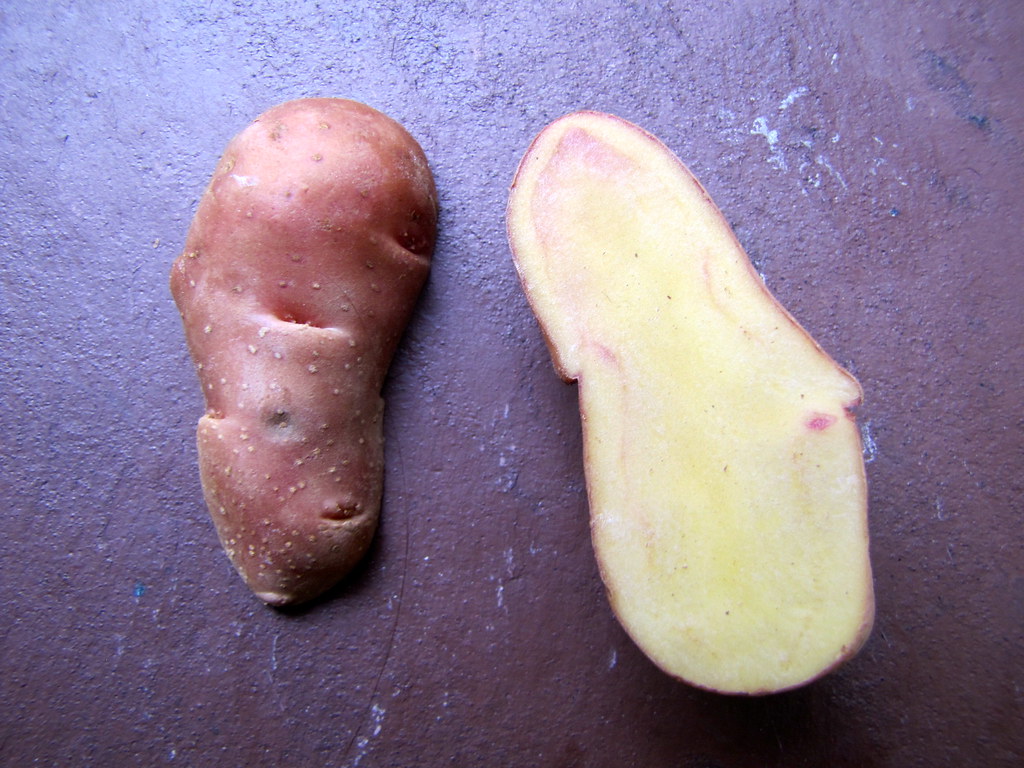 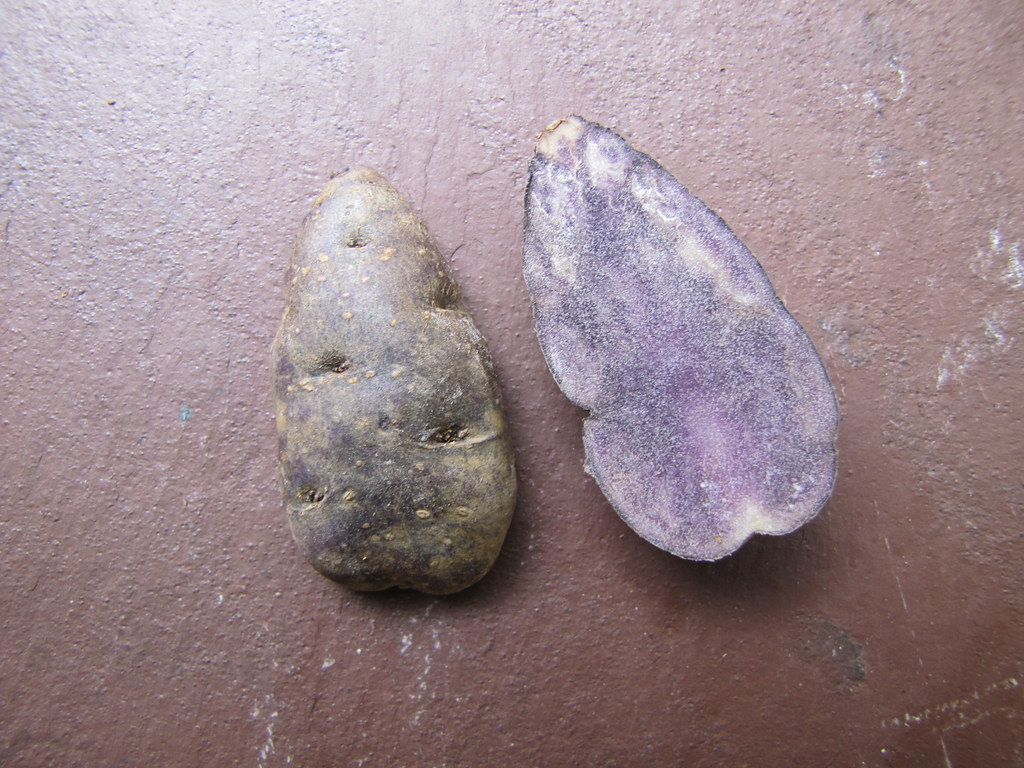 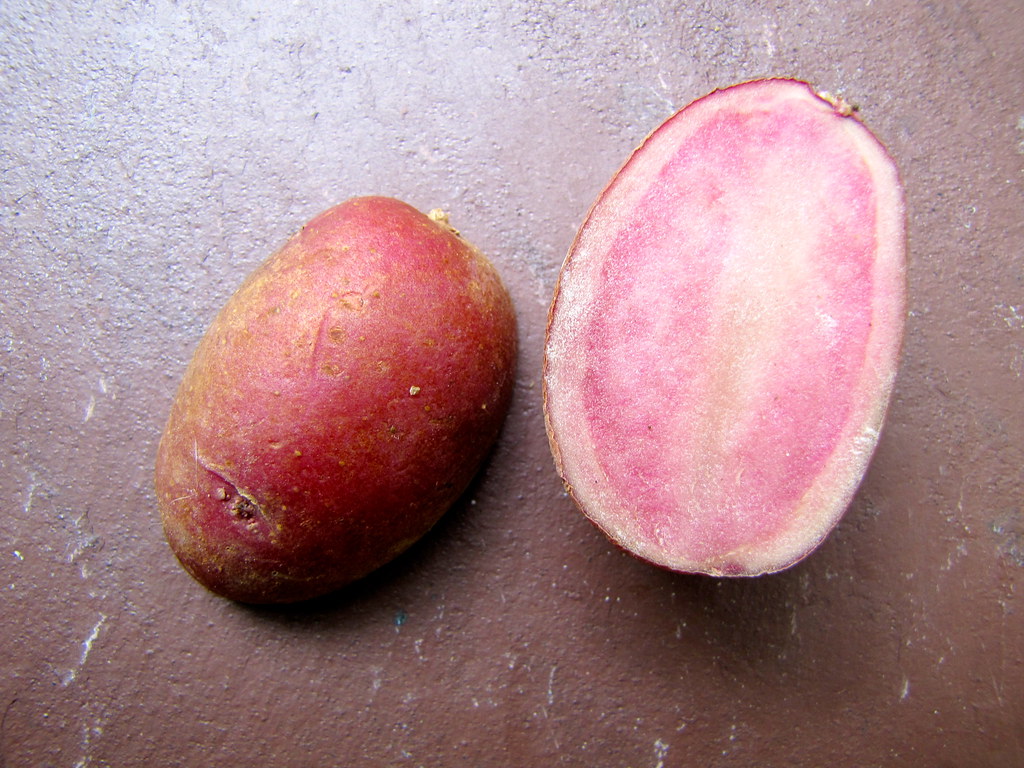 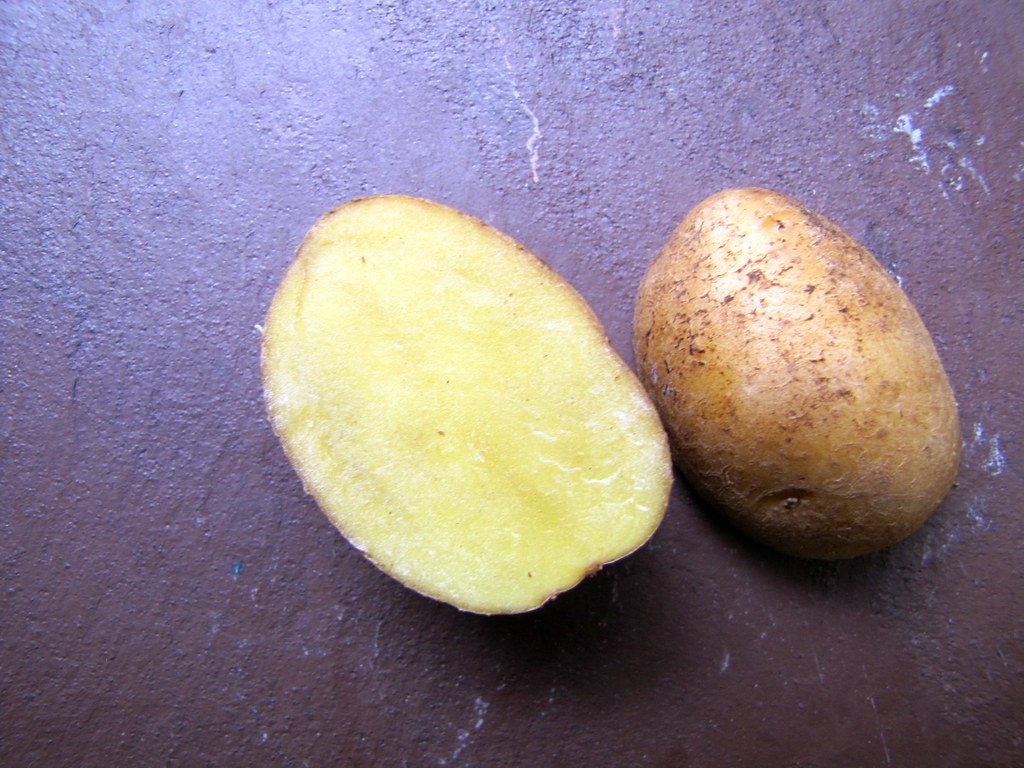 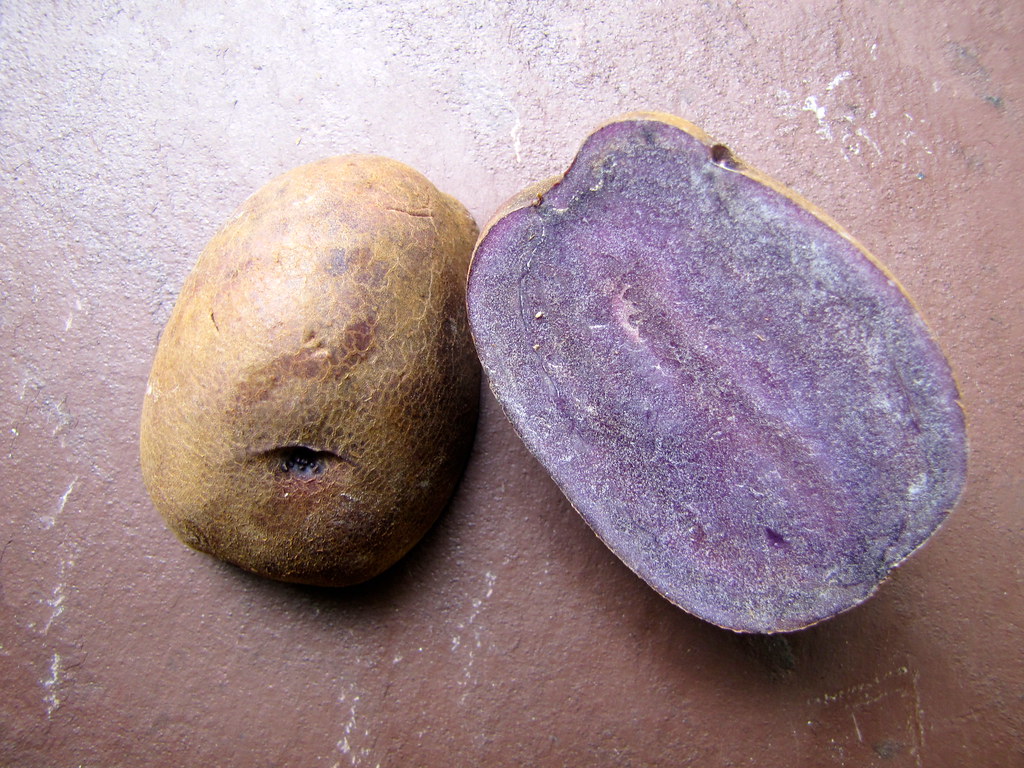 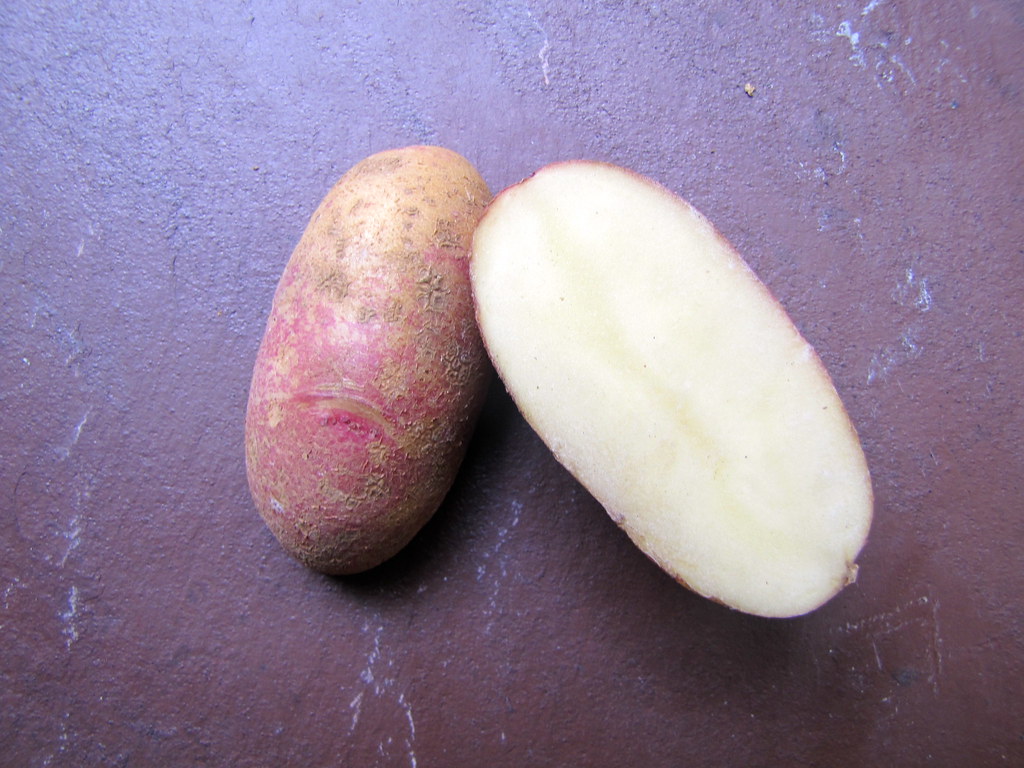 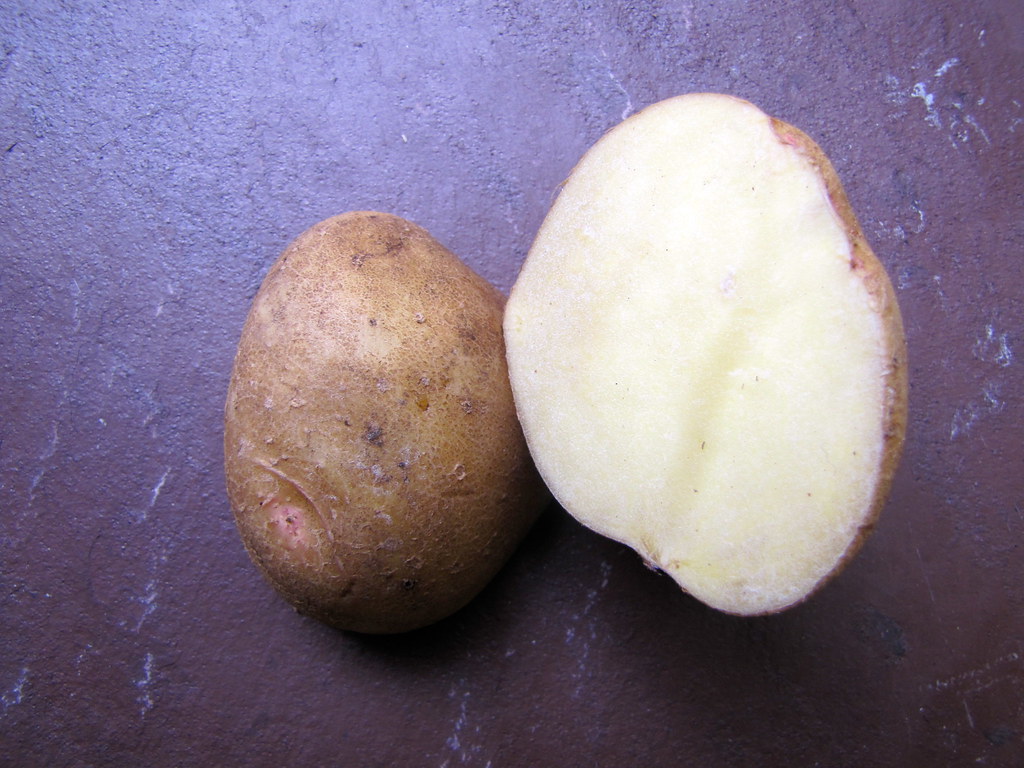 And how did they taste?

I roasted all of these potatoes, face-down on a cast-iron pan with a slick of olive oil and dust of salt (but not pepper, so as not to hinder their true tastes as much). I removed the smaller halves before cooking thoroughly the larger pieces, as all the potatoes were differently sized. And I ate every single one. I sure am full of carbs right now. 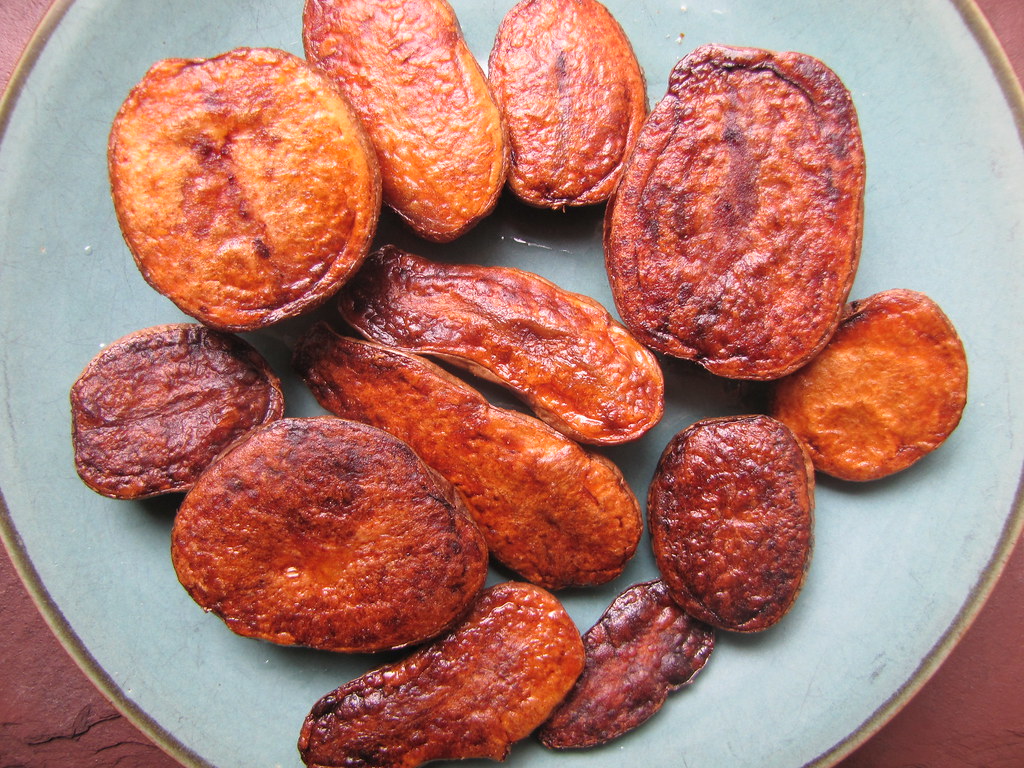 I know that different potato varieties are better suited for different purposes; many helpful farmers indicated which ones were good for what preparations in hand-written signs at the market. But I roasted all of them, regardless. And pretending that potatoes are fine wines that you can attach tasting notes to, I did much the same here. I’ll confess I’ve been doing some copywriting on the side for wines lately, and the habit has really caught on. Next thing you know, I’ll be sharing with you tasting notes for tap waters from different cities. But the truth is, every single individual potato on this earth has a different taste thanks to its variety, terroir, season, and growing practices. Just like grape varietals — and how and where they’re grown and fermented into wine — potatoes are naturally distinct and deserve the mark of beautiful verbiage, too. By getting all potatoes from Upstate New York farms one day at the Union Square Greenmarket (which hosts farms that practice what they deem responsible growing techniques), I believe I’ve alleviated some of those variables in order to focus solely on potato variety.

Here are my tasting notes for each:

My favorite one of all? Probably the German Butterball. True to name, it displayed an irresistibly creamy allure and robust flavor that seemed to trump all the others. I’d be satisfied eating it alone, without any salt and just boiled perhaps, it proved so satisfying. Then again, I’m full.