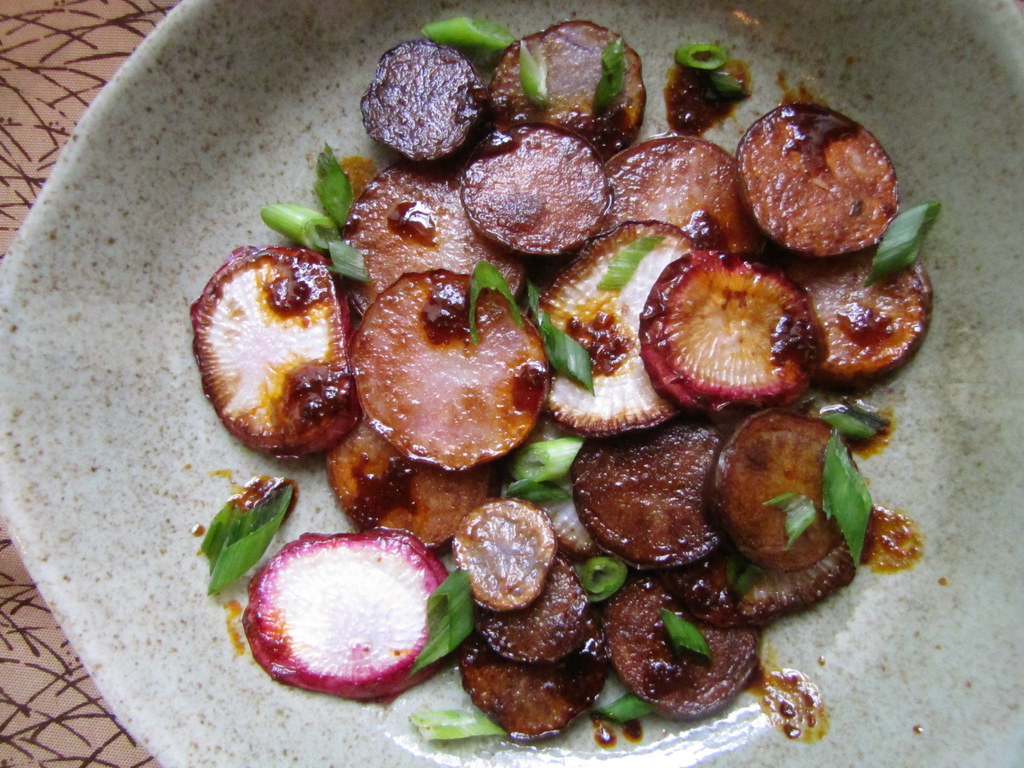 Here is a really good example of the fact that I’m half-Chinese. I have no idea what this is, but I just made it for a snack. It’s sort of like hash browns, but with turnip slices, and condiments fit for dumplings. I gotta say, though, it was a lot simpler to make than either of the above, and its taste satisfied somewhere in between.


Times are getting rough for locally-grown food. I mean that literally: no delicate greens, squash blossoms or lush beefsteak tomatoes. Instead, we’re left with warted roots, thick cabbage and thorn-like prongs of rosemary. It had to happen sometime. But rather than view this new cast of characters with a wistful tear, I thought I’d throw the spotlight on its brightest stars. After all, we’ve done our geeking out over heirloom tomato varieties all summer, now how about those rare strains of potatoes and turnips? 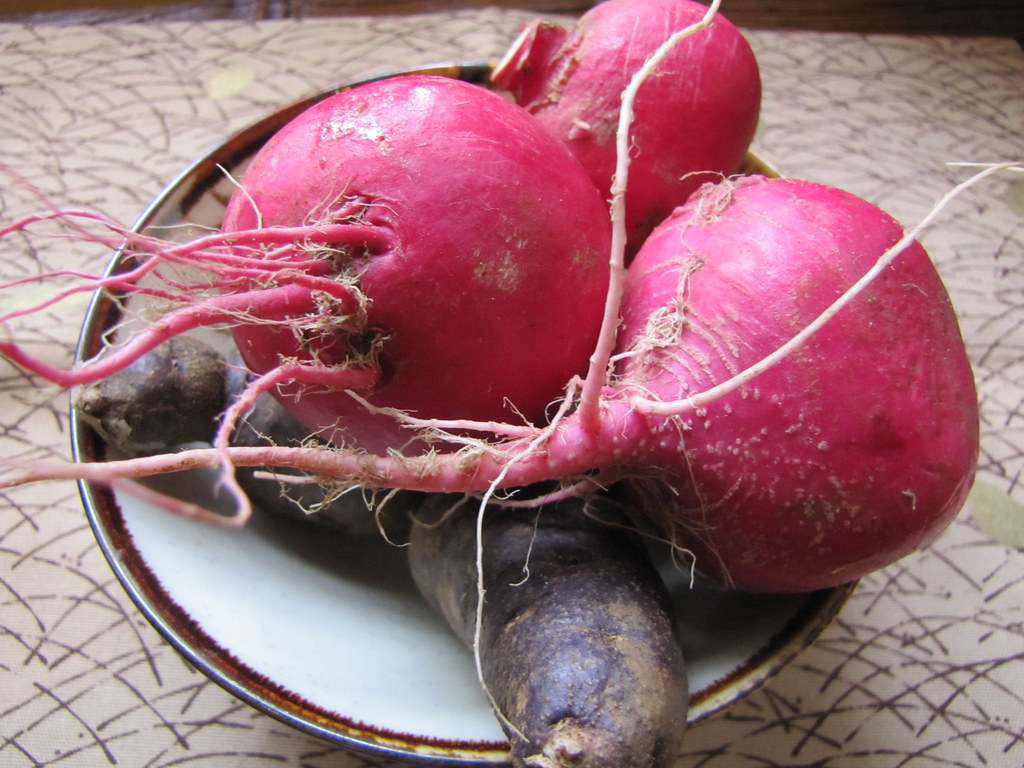 Believe me when I say that the turnips are the best part about this dish. I’ve long been convinced that pan-frying, or searing turnips is the best way to experience the oft-unliked root. Bringing out their natural sugars, by way of browning, is just a good way of getting acquainted with almost anything, and the potatoes notwithstanding.

Here, the turnips are more sweet than bracingly bitter, as in their raw state. They’re sizzled in oil on both sides until shrunken coins with pink skin, and the brown edges have a burnt sugary flavor that adds a roundness and depth. The potatoes, served in the exact same manner, and almost like French fries, are the perfect “gateway” for liking the turnips. You can eat morsels and not know what’s going on. Until your tastebuds kick in, and note the distinct difference. 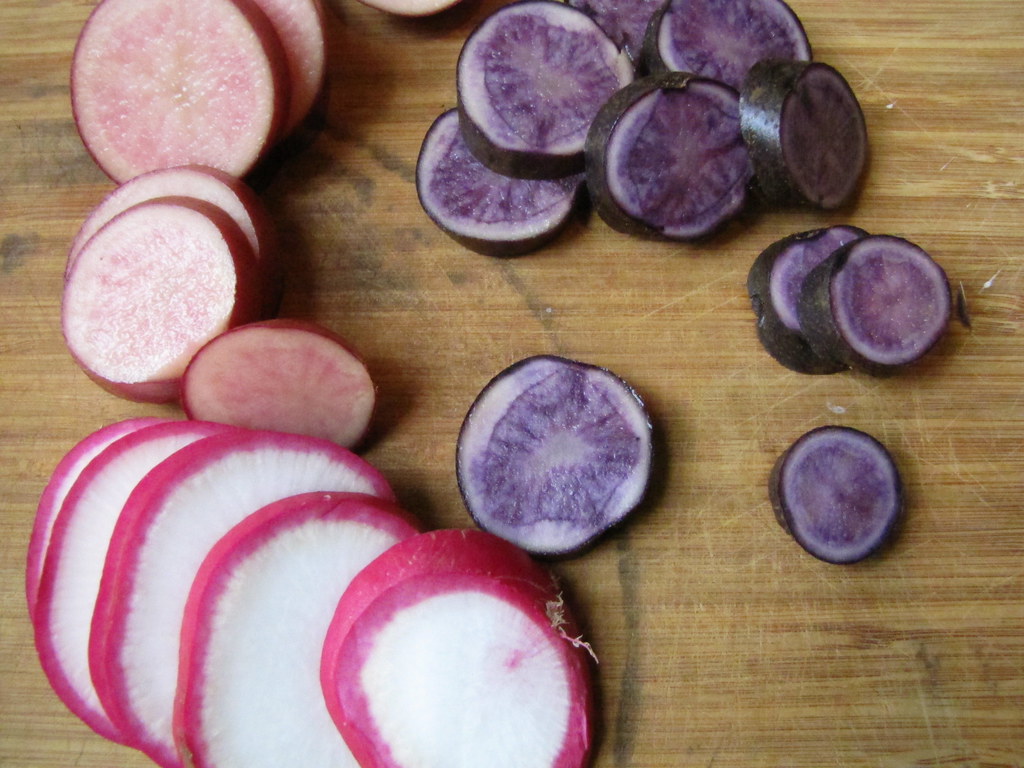 And what incredible potatoes and turnips they are. You can use any potatoes or turnips for this dish, but the ones I found at Evolutionary Organics’ farmstand at the Greenmarket are just good example that winter produce can be colorful, too. Pink and purple on the inside and out, these heirloom potatoes are great for roasting, with a sweet flavor and crisp texture that’s much less starchy than most. I found it exciting that this farm was growing heirloom varieties of many less-popular vegetables, such as turnips, and picked out these scarlet-red ones (oh, they had green, purple and golden ones, too). And, did you hear? This farm recently had a devastating fire that destroyed much of their supplies. You can donate directly to this farm to help out (or just buy more of their amazing turnips, too). 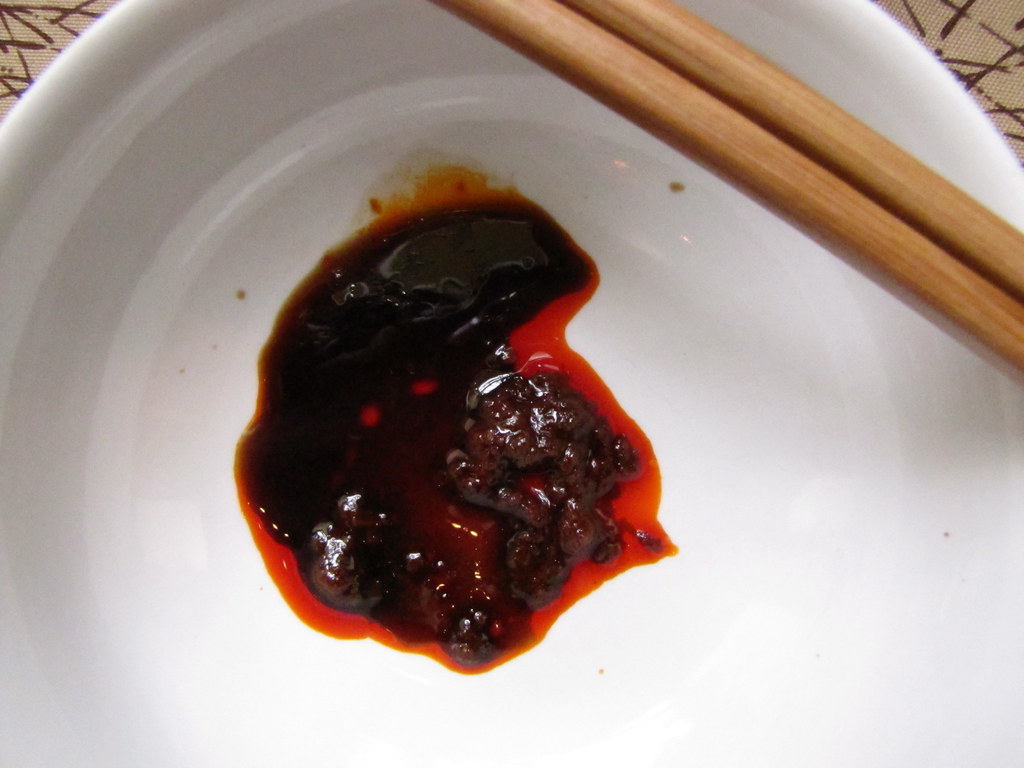 You can also use any tart, spicy, salty, sour or sweet sauce you want to drizzle on top of your pan-fried potatoes and turnips here, and fresh herbs to garnish for that matter, too. But my go-to favorites, and the most readily available in my fridge, are Chinese hot sauce (or chili and black bean sauce, to be more specific), soy sauce and some green scallions for a little fresh zing. I found myself mopping the vegetables in the droplets of sauce on the plate, as if potatoes and soy sauce were regular old pals. Call me crazy and go for the ketchup instead — I’m not going to judge. But it’s tasty.

It sure beats the hell out of potato chips, if you ask me.

Trim rough ends from turnips. Slice (with their skins on) both potatoes and turnips to about 1/4-1/3″ discs. Heat a wide, heavy-bottomed or cast-iron pan. Add the oil, and once it begins to crackle, place down the potatoes and turnips in a single layer. Sprinkle with salt and pepper and don’t flip until nicely browned on the bottom (about 2-3 minutes). Reduce heat if browning too quickly. Flip, and cook on opposite side another 3 minutes or so. Season opposite side with another pinch of salt and pepper.

Transfer to a serving plate. In a small bowl, combine the soy sauce and chili sauce and drizzle on top. Sprinkle the scallions on top, and serve.

Five brownie points: This was made as a salty, greasy, spicy snack that killed an afternoon craving, so it’s not by nature your most healthful side dish. However, the root vegetables, however oily, are lightly-cooked to preserve a lot of their fresh nutrients, which include fiber and potassium, and in the turnips, a good amount of Vitamins K, C and A.

Seven maple leaves: It’s a recipe making simple use of three ingredients, grown in this wintery season at local farms. The only non-local ingredients are the condiments, which are pretty hard to escape as a general cooking rule.