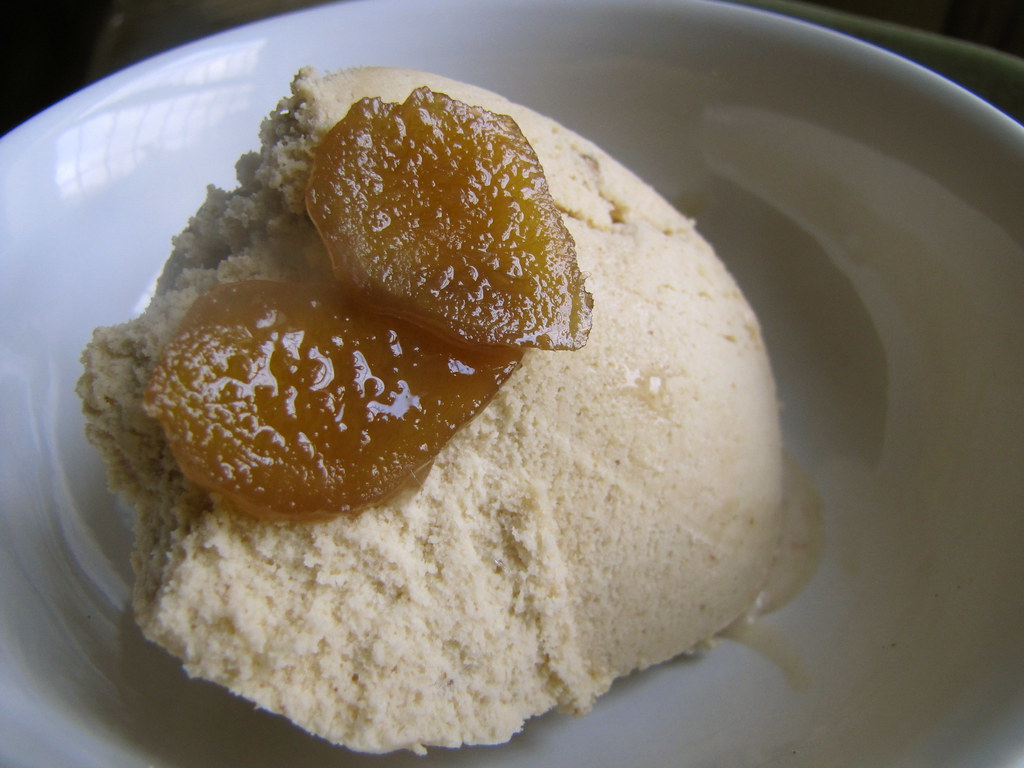 Holidays are all about traditions — making them, keeping them. I’ve got a tradition in the works of coming up with seasonal ice cream flavors. I don’t necessarily think this hobby needs a holiday attached to it, but it is a good excuse to make lots of ice cream. Previous holiday seasons have been responsible for creating some of my favorites, like chai, orange spice, cranberry, peppermint, chocolate and five-star anise, and curry-carrot-coconut ice cream. If I could capture the essence of an elf in ice cream form, I’d do it. And actually, I wonder if it wouldn’t be so far off from this zingy, ticklish ginger flavor. 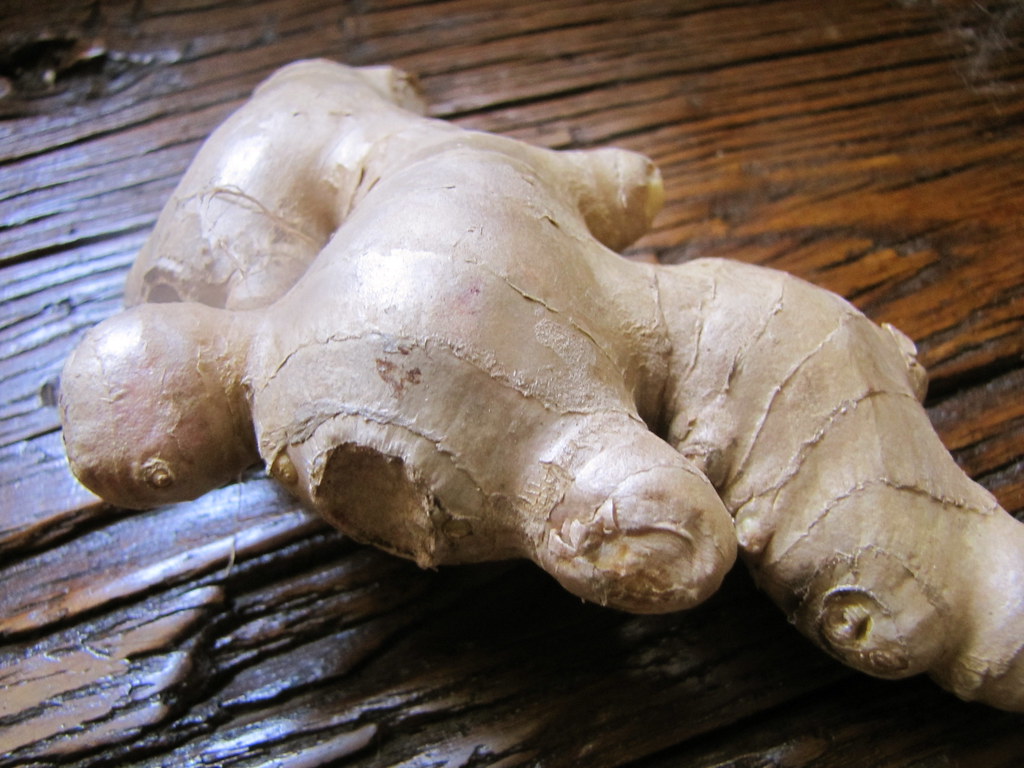 a knobby piece of ginger root

With this flavor, I was going for the taste of gingerbread, without actual gingerbread cookies or dough in the cream. So I added molasses to the ice cream base, and a pinch of warm, wintery spices along with ginger. These included cinnamon, vanilla and a few cardamom pods, which got steeped in with the cream and milk. Fresh grated ginger was tossed in and later strained out, too, and ground or dry ginger powder was sprinkled in afterward to taste. I wanted this to be extra spicy with ginger, so I kept adding more of this even into the last step, as the ice cream churned. 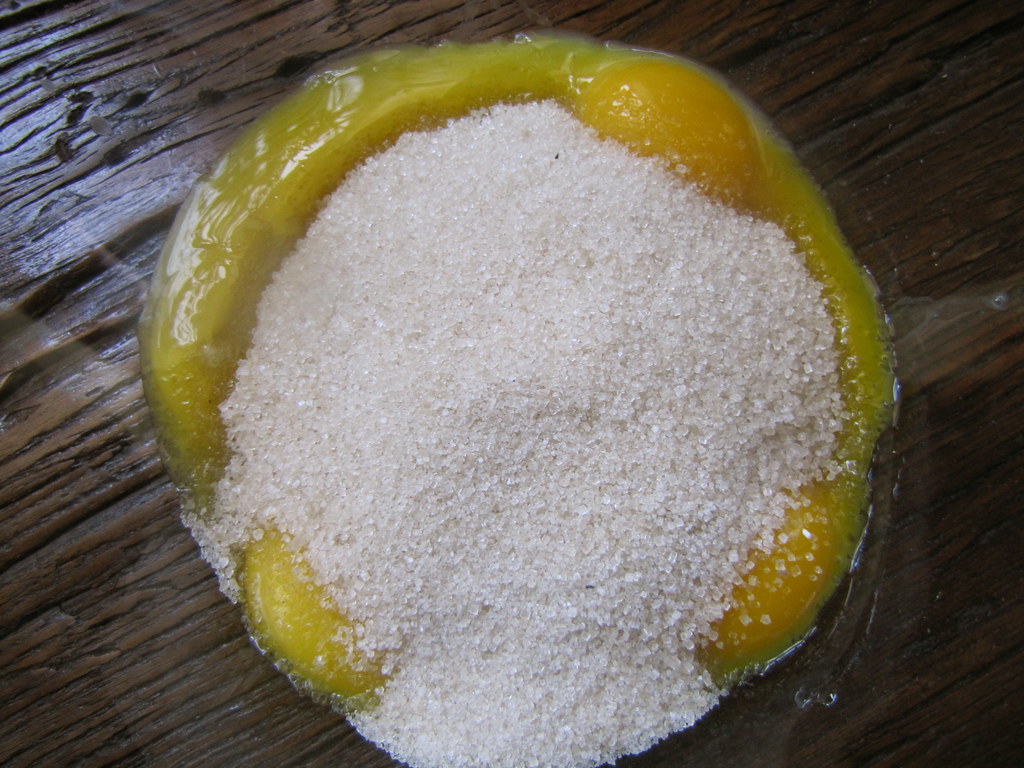 egg yolks are smothered with sugar 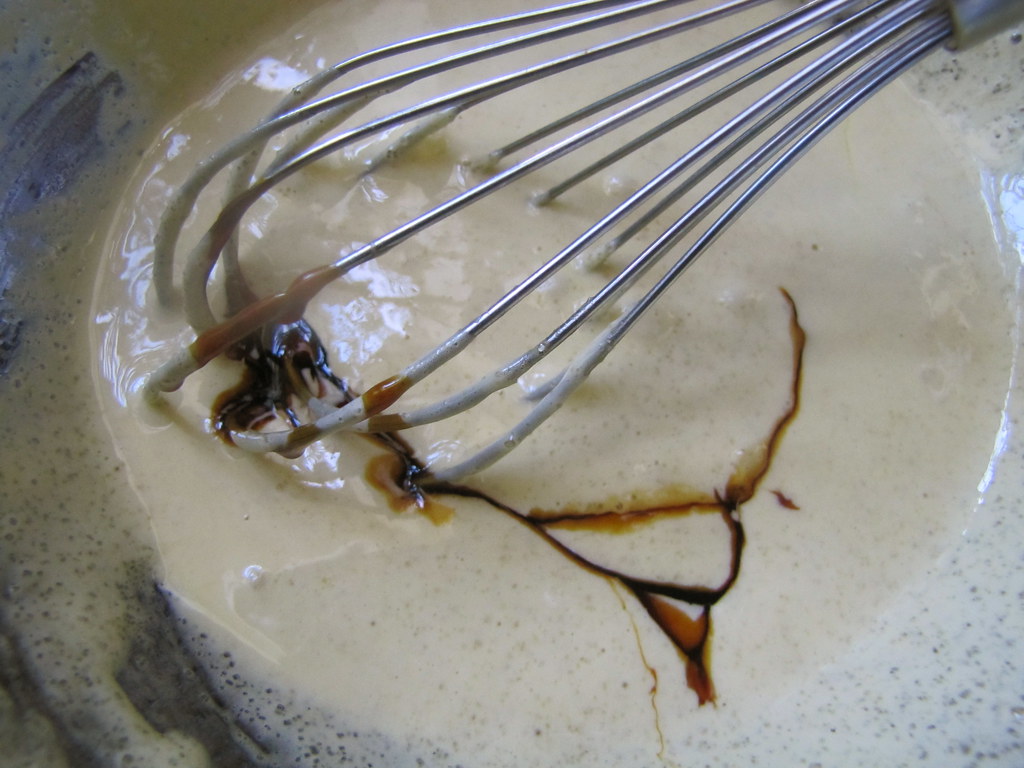 and beaten with a drizzle of molasses

My favorite part about the flavor may be the candied ginger strips. These are a fun snack besides, and could garnish any ice cream or dessert for serving, too. They’re simple to make, and last good while once you do. I’m sure there are many ways to make a similar outcome, but I boil my slices of fresh ginger in simple syrup until they’re translucent and the syrup has all cooked off but for a clear glaze. Then I let the ginger slices cool off and dry. These can be rolled in sugar at this stage, to keep them from sticking to your hands when you pick them up. But I just tossed them into the ice cream as it churned, to create chewy chunks. 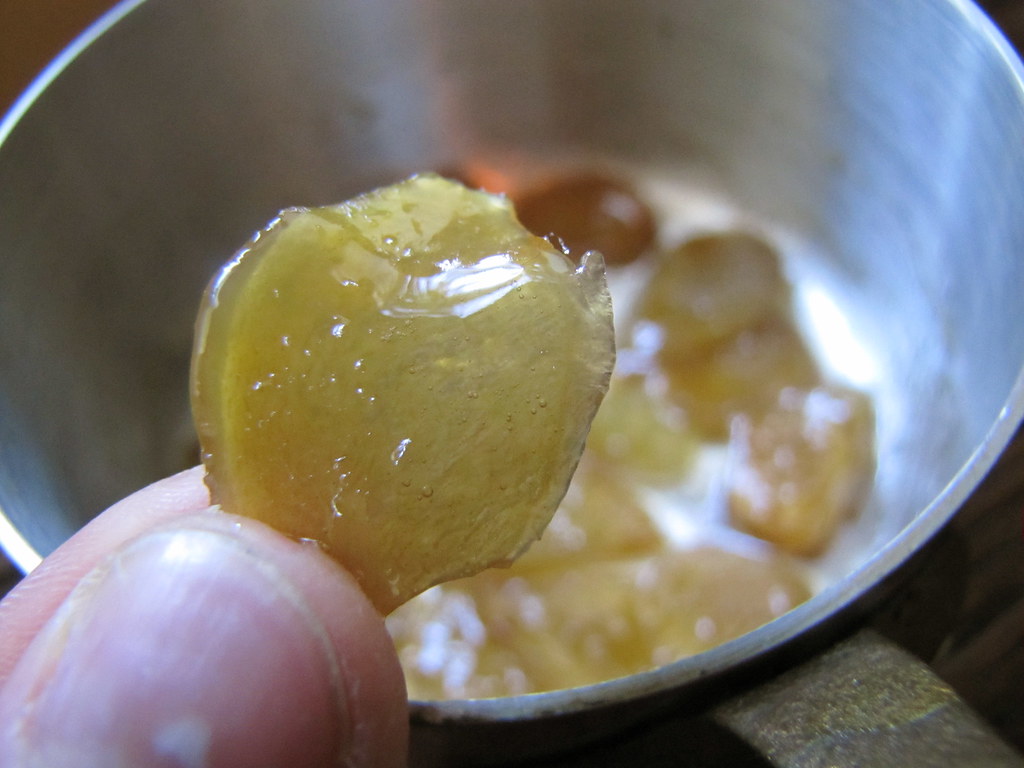 Finally, I owe the inspiration to this flavor not to elves, but the folks at Ronnybrook dairy, whose “Ginger Creme Brulee” ice cream really made my day a few nights ago. So funny: I spent a few days in a sleepy town Upstate, trying to “get away from it all,” and the first batch of groceries I bring back from a local shop include granola from Bread Alone bakery, and a pint of Ronnybrook ice cream. These are just the things I would get if I were in NYC. I guess that says a lot for the Greenmarket bringing a taste of the country to the city. Or, that I’d unwittingly stumbled upon the home turf of two of my favorite specialty foods, and was all too eager to grab at a familiar sight, like a toddler to a favorite blanky. In any case, their Ginger Creme Brulee flavor was a revelation — a spicy ginger base, with a caramel swirl and tiny pieces of candied ginger. I was sorry to get only half the pint to myself.

To make the candied ginger, boil the water and sugar in a small pot until just dissolved, and add the ginger slices. Make sure they’re fully submerged in the water; if not, add a little more water until covered. Bring to a boil and reduce heat to a simmer. Let cook for about 30 minutes, or until slices are transparent and liquid has almost all cooked off to a thick syrup coating the slices. Let the ginger slices dry out laid flat and separate from one another. Roll in sugar if desired.

Make the ice cream: Beat the egg yolks and sugar until lighter in color and fluffy, at least 2 minutes. Add the molasses and vanilla. Meanwhile, heat the milk, cream and cardamom pods, cinnamon stick and vanilla bean, if using, in a medium saucepan. “Scald” mixture by bringing just to a boiling temperature, but remove from heat before it begins to boil. While whisking the egg and sugar mixture well, ladle in a small amount of the hot milk mixture to the eggs. Keep whisking and add another ladleful and another. Return milk mixture to medium heat and stir in the rest of the egg mixture to the saucepan. Keep cooking the mixture, stirring constantly, for 8-10 minutes or until just thick enough to coat the back of a spoon (do not let boil!). Remove any cardamom pods, vanilla bean or cinnamon stick. Place in an airtight container and chill at least 6 hours or overnight.

Follow your ice cream maker for directions on churning the custard into ice cream, and drop in the candied ginger pieces toward the end of churning.