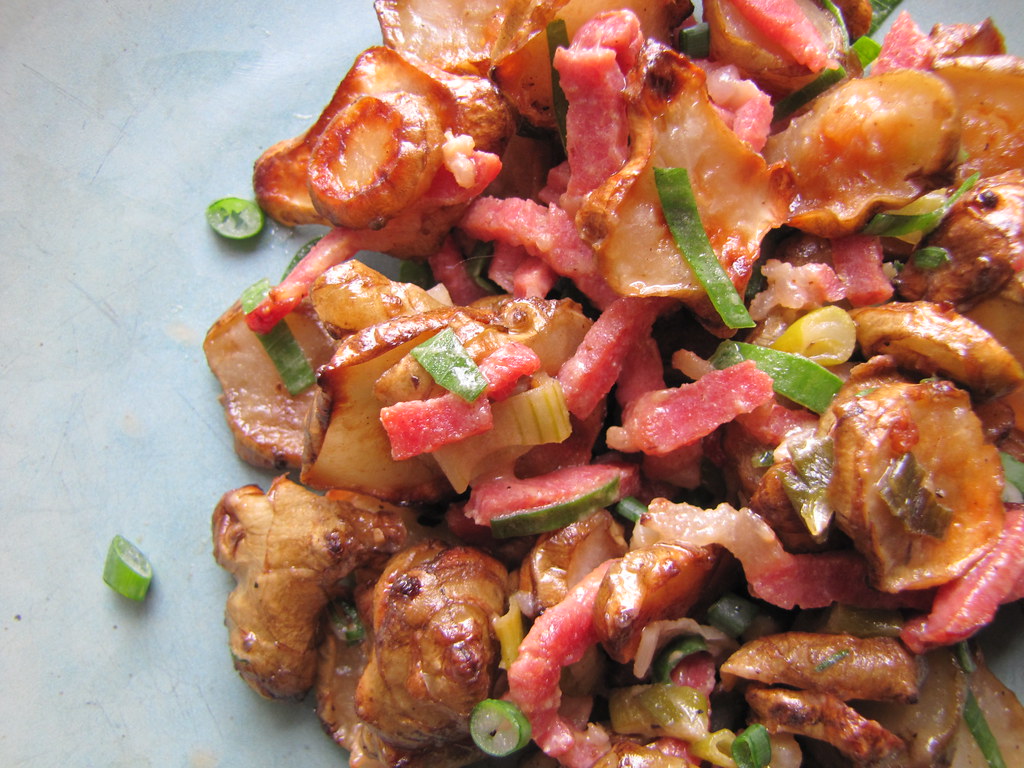 Meat and potatoes people, here’s a new reason to celebrate (or deviate?): sunchokes. They’re sweet and nutty-tasting, great roasted with rosemary, and they made for a delicious variation on a favorite side dish that needs little more excitement in my opinion — German potato salad. So this dish is really an excuse to combine two of my recent food obsessions, in one platter. It’ll make a good addition to the Thanksgiving table, too.


Don’t get me wrong, potatoes are great. But if you’re looking for something a little different, and much less starchy (read: less carbs), then these root vegetables are a real treat. Also called Jerusalem artichoke, they look sort of like a cross between potatoes and ginger. They’re crisp when raw but cook to a golden and translucent texture inside, with a mild flavor that doesn’t quite compare with anything else. The skins won’t look pretty at first glance, as they’re bumpy and probably caked in dirt, but they’re paper-thin and elastic once cooked so you won’t need to peel them off (just give them a good scrub). 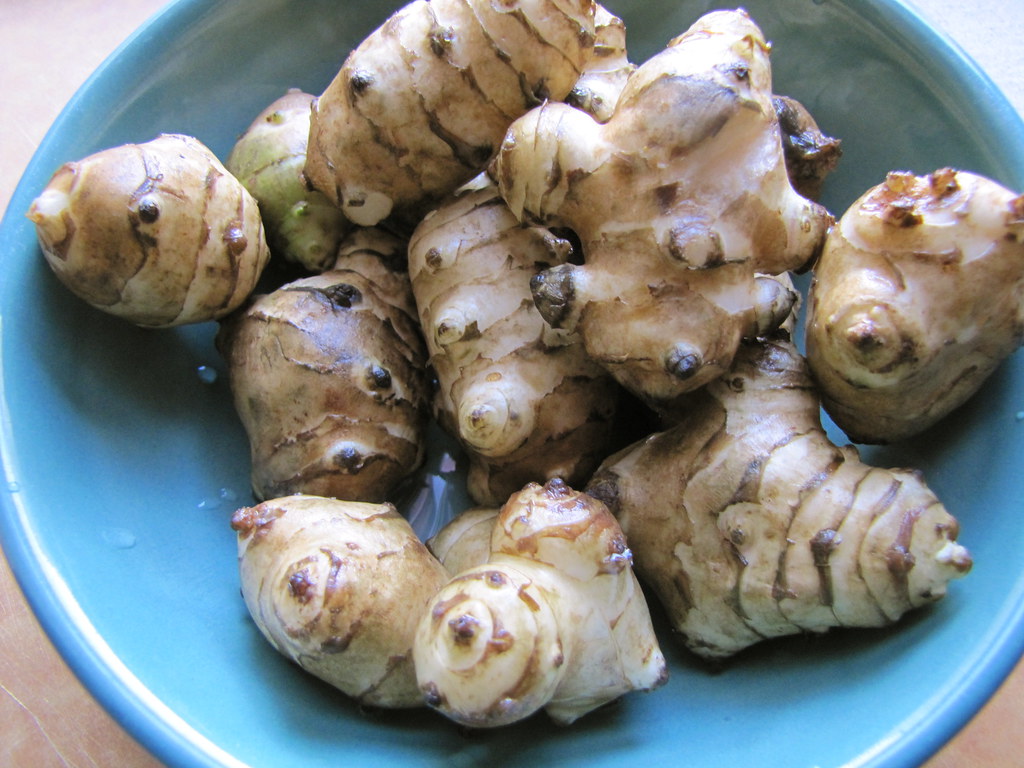 I just love the pungency of a good German potato salad, especially when flecked with bacon. Instead of the heaps of mayonnaise in our American potato salad, this version gets its creaminess from the starches that come off the potatoes, when tossed with vinegar and maybe a little mustard. It’s tangy and sort of refreshing, which is not a word often attached with potatoes. 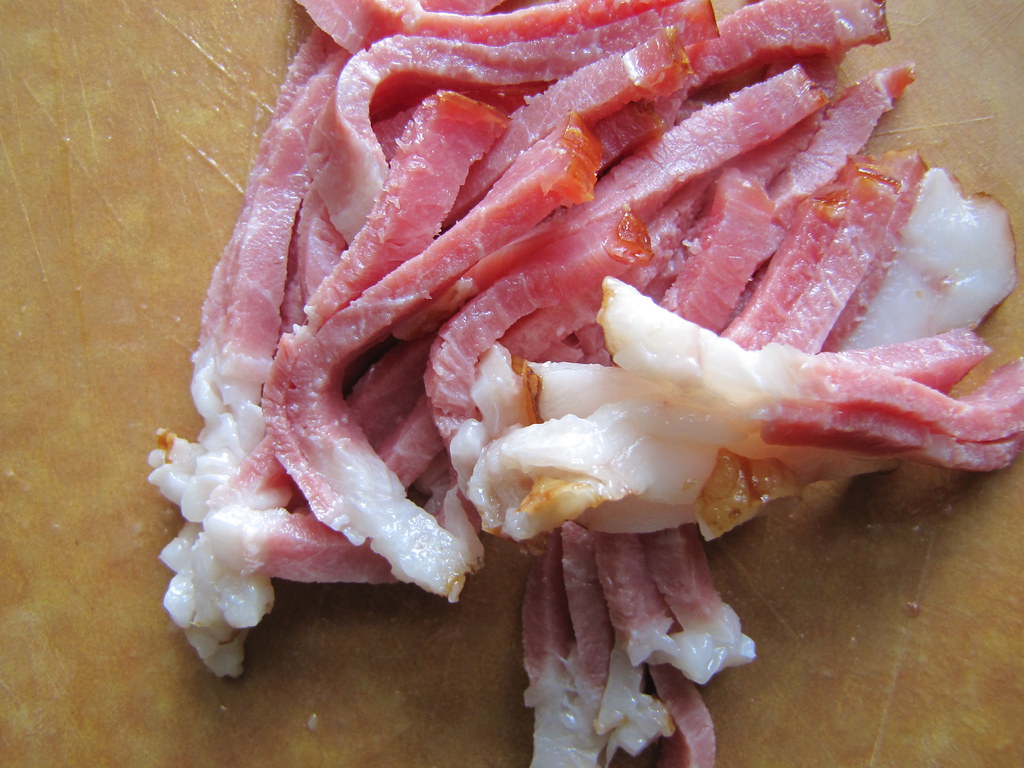 a few strips of bacon from Flying Pigs Farm 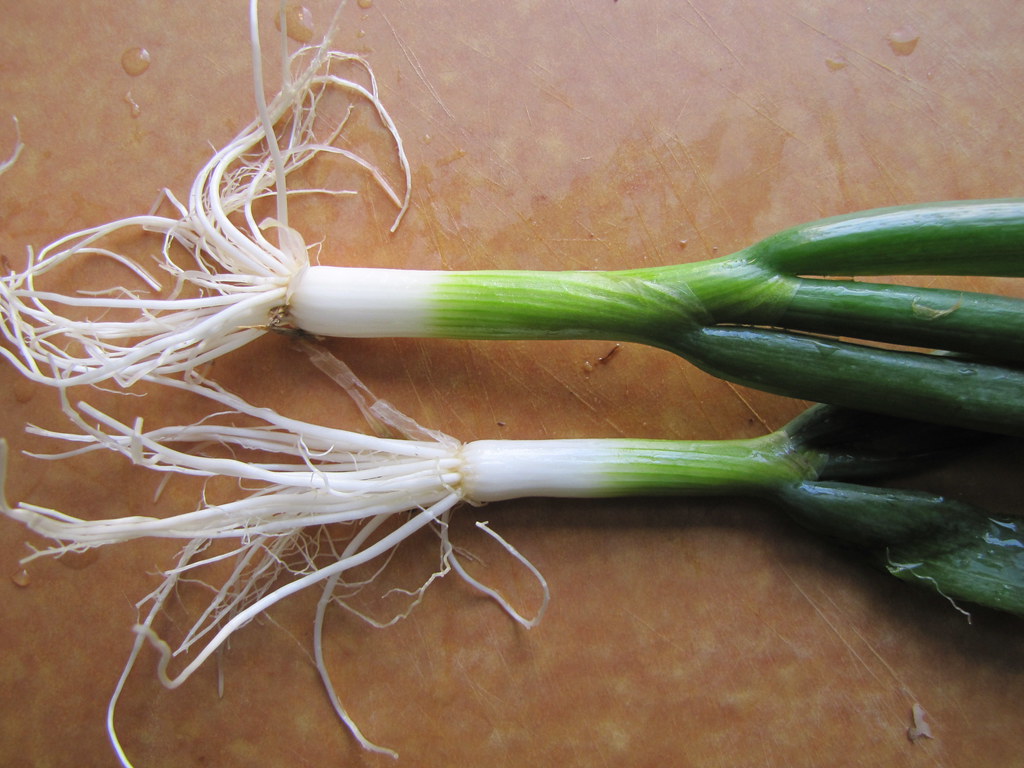 But since I had already decided to wander away from tradition by using sunchokes to begin with, I couldn’t resist roasting them, instead of boiling the tubers, because sunchokes are really tasty with a little caramelized crust. After they’re roasted, the recipe is really one, two, three: mix together the vinegar, mustard and salt, toss all salad ingredients (including the crisped bacon and all its drippings) together, and let sit. Be sure to let it sit and marinate all mixed up for a little while before you dig in. I tried a bite of mine cold, the next day, and it was an entirely different beast from the warm, freshly-tossed version in the photos here. Try it warm, room temperature, or straight from the fridge, too. 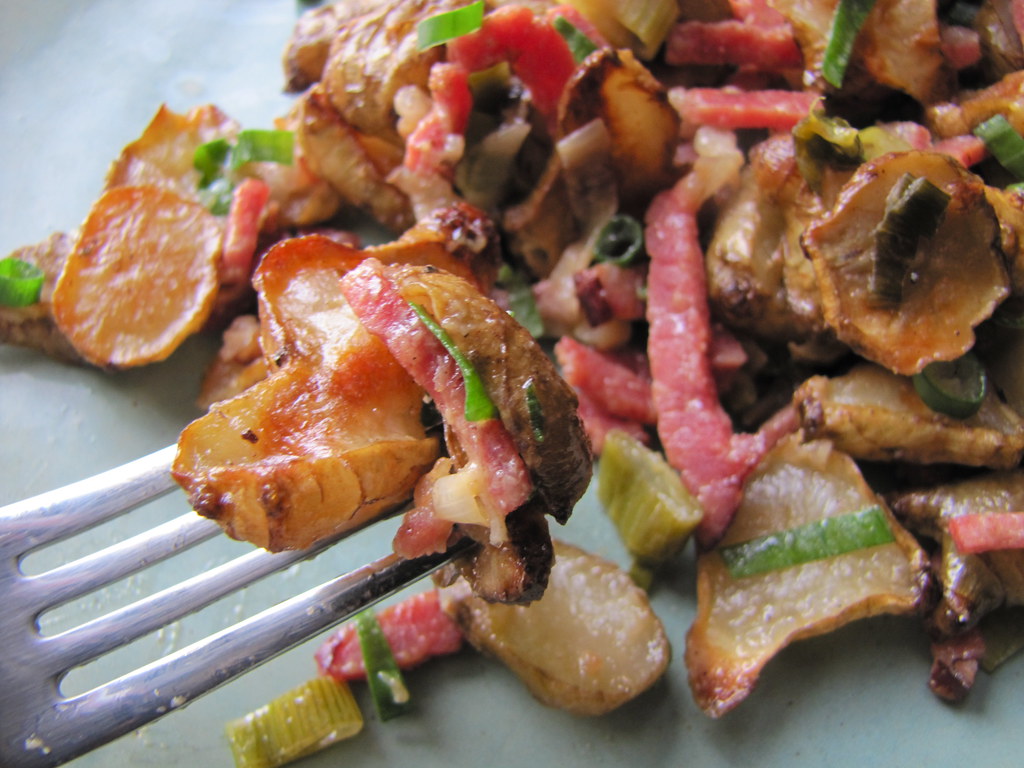 Preheat oven to 375 degrees. Scatter sunchoke pieces on a roasting pan and toss with a thin coat of olive oil and a couple pinches of salt and pepper. Roast for 3-5 minutes; check to see if the bottoms are golden-brown and toss them around in the pan if so. Roast another 3-5 minutes and remove from heat.

Meanwhile, cook the bacon strips in a large, wide pan until lightly browned, stirring occasionally. Remove from heat. In a separate bowl, combine the vinegar, mustard, and a few pinches of salt and pepper. Toss the roasted sunchokes in the pan with the bacon and pour in the vinegar mixture. Stir well to distribute evenly and season with salt and pepper to taste. Toss in the scallions. Cover and refrigerate for at least 20 minutes or up to overnight.

Cost Calculator
(for 4-6 side dish servings)

Seven brownie points: I’d recommend trying this out without the bacon if you want to shave off some of those points, or are vegetarian. It’s a very flavorful interpretation of “potato salad,” which mostly comes from the sunchokes, and vinegar. As is, the bacon surely adds some cholesterol, but it’s not swimming in fats, either. Sunchokes are lower in calories and carbohydrates than potatoes, and are a very good source of iron, which doesn’t come easily.

Nine maple leaves: Another side dish sourced from this week’s stuff at the Greenmarket, and nothing else but the seasonings. I’m not sure how much longer sunchokes will be around, but they’re a seasonal treat so get them while they’re fresh now. It’s warm enough to grow many vegetables, still, so the scallions were sourced locally, but later on you could substitute with leeks or red onions instead. The bacon I used in this recipe was actually Canadian bacon from Flying Pigs Farm — which is smoked the same way, but made from the loin cut rather than belly. They were out of slab bacon, but this was still great.