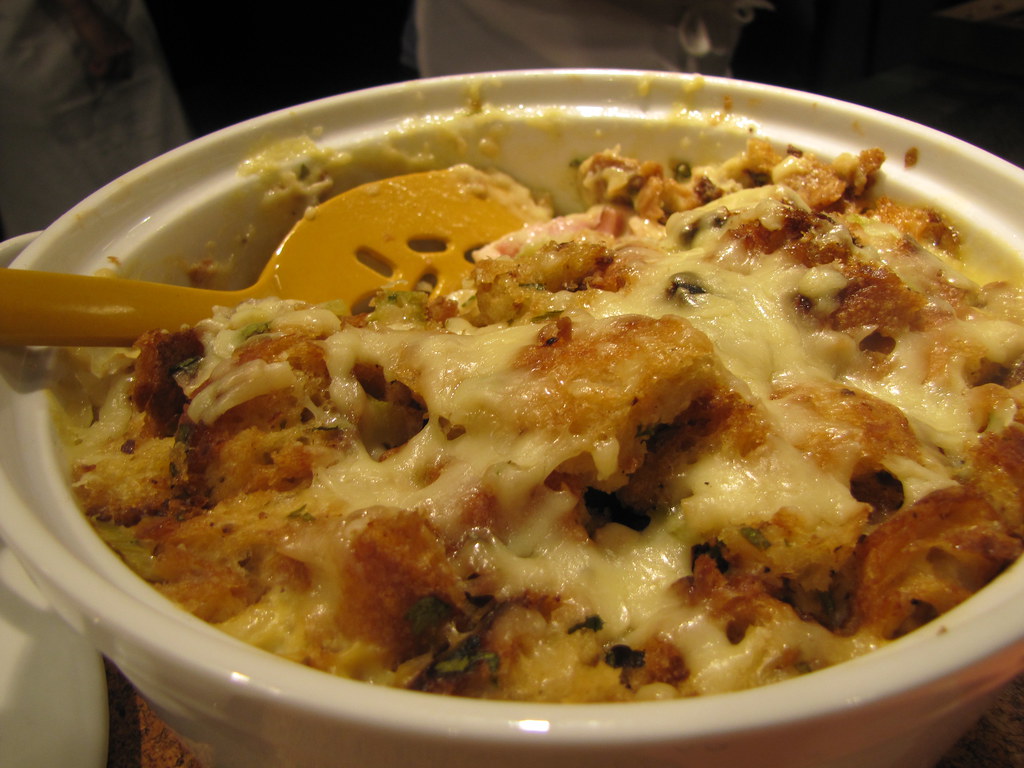 This past Monday, the 6th Annual Casserole Party was just as promised the biggest and best one yet. The casseroles were good, but what was truly golden was the giving community spirit from everyone there. This event was free and open to the public, and any donations received was purely optional. Yet between the 44 teams of chefs who entered their casseroles in the cook-off, its organizer Emily Farris, the Brooklyn Kitchen who held the event at their space, Brooklyn Brewery who donated beer, the judges, their appetites, and all the volunteers and fellow foodies who came, ate and helped out, we turned what could have been an average gluttonfest into fun, charitable mission that raised more than $1,000 for the Greenpoint Interfaith Food Team (GIFT) and their weekly soup kitchen efforts. Because everyone needs to eat!


I don’t think anyone left the event with that need wanting for the next day or so. We also managed to break a couple world records. The Universal Record Database guys were there, too, and documented two casserole-related records. If you haven’t seen them in action before, URD likes to record world records that haven’t been set yet, often before a live audience to witness the fact. (I currently hold the record for the “fewest times eating out in New York City in two years for a full-time New York City resident“.) So the first world record set at the Casserole Party was for “the most casseroles in one room,” which was forty-four. The rest of you casserole partyers out there, feel free to try and break that one at yours. 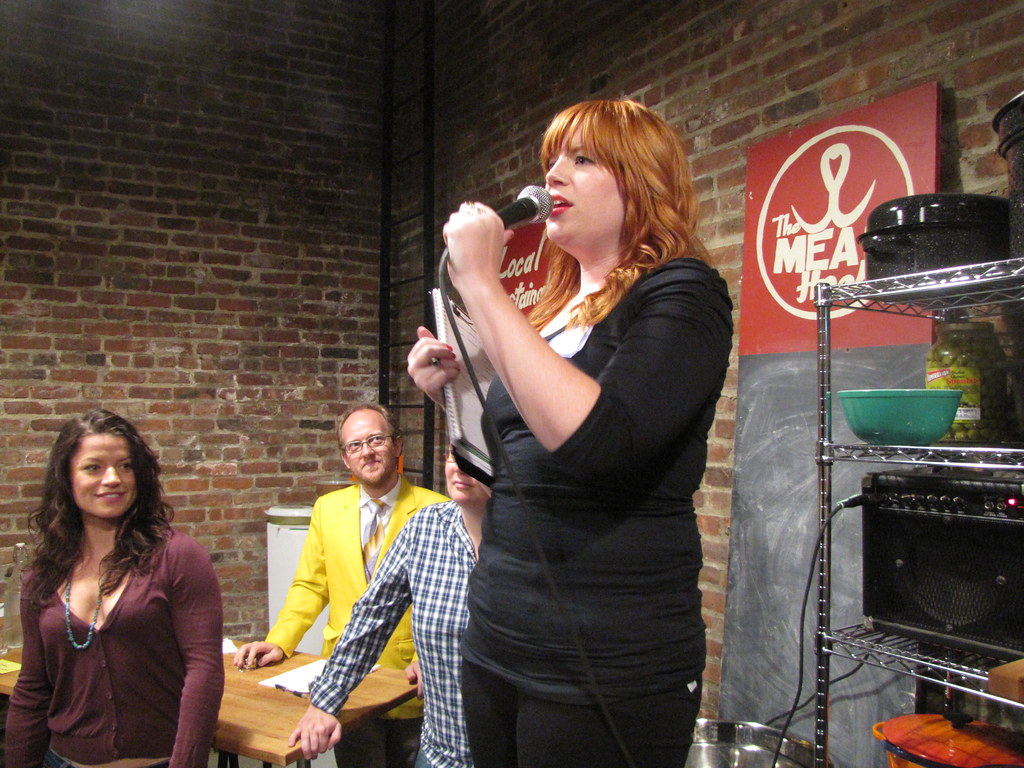 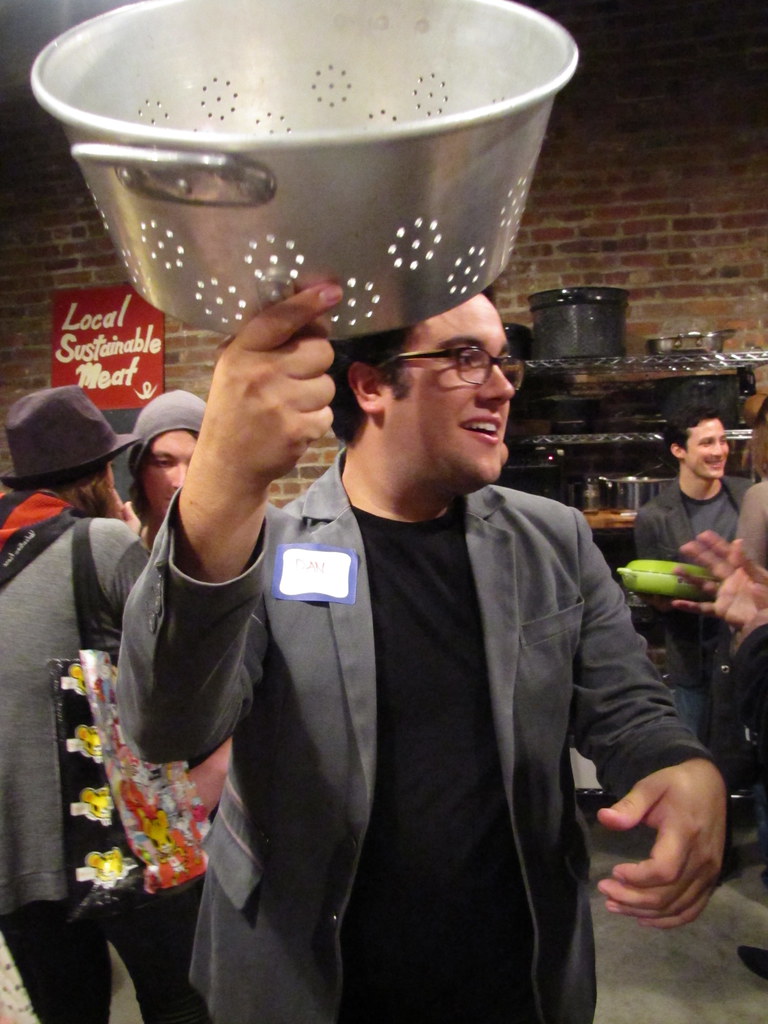 
The second was a spectacle: for the most casseroles tasted by one person in a minute. Hungry attendees were called upon to try setting this record. Two contestants raised their hands, and Noah Berland went for it first. When the clock started ticking, he went down the table of casseroles, snatching at bites of each with a pair of chopsticks until time ran out. He’d tasted twenty-five casseroles total. The next person who tried it was Rob Blatt. Rob did the same, although he used two big forks to stab and shovel the morsels down his mouth. His total was thirty casseroles tasted in one minute. It remains the world record now to date.

While those records were being recorded, everyone was getting their own tastes of these casseroles, and that included the judges. Our judges for the evening were: Universal Record Database dude Corey Henderson, host of Food Wars Camille Ford, and Greenpoint Reformed Church pastor/director of GIFT Ann Kansfield. Together, they ate, deliberated, and came up with their three top picks.

Before I reveal those winners, a quick look at other great entries we got to enjoy: 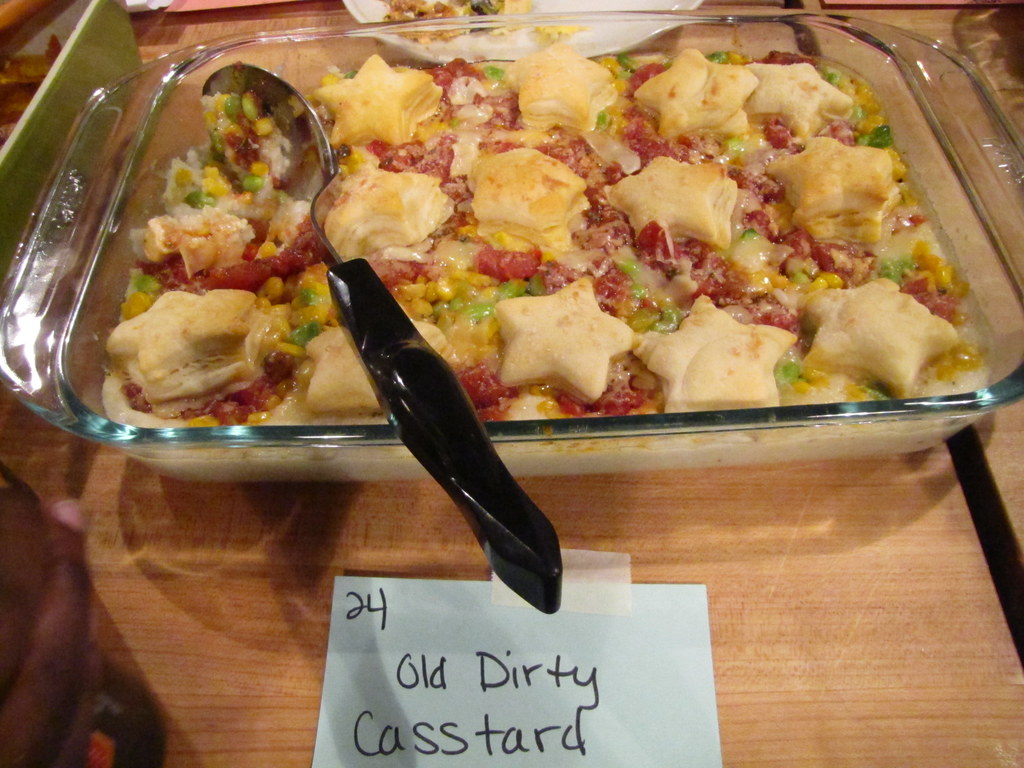 creative names were given honorable shout-outs 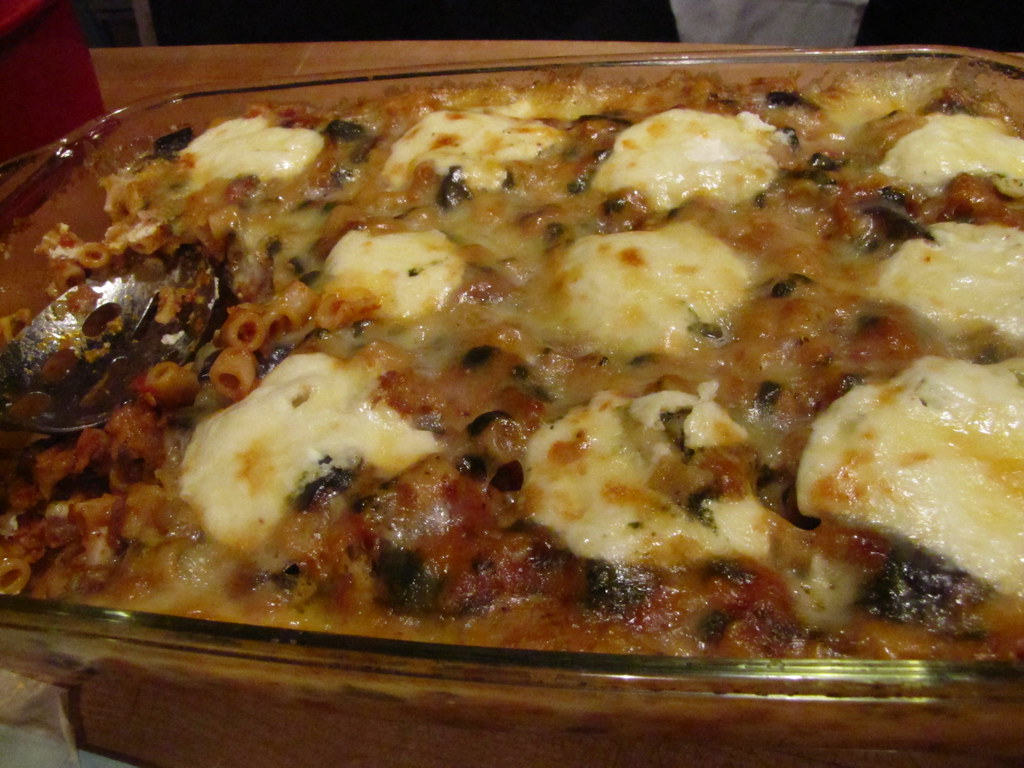 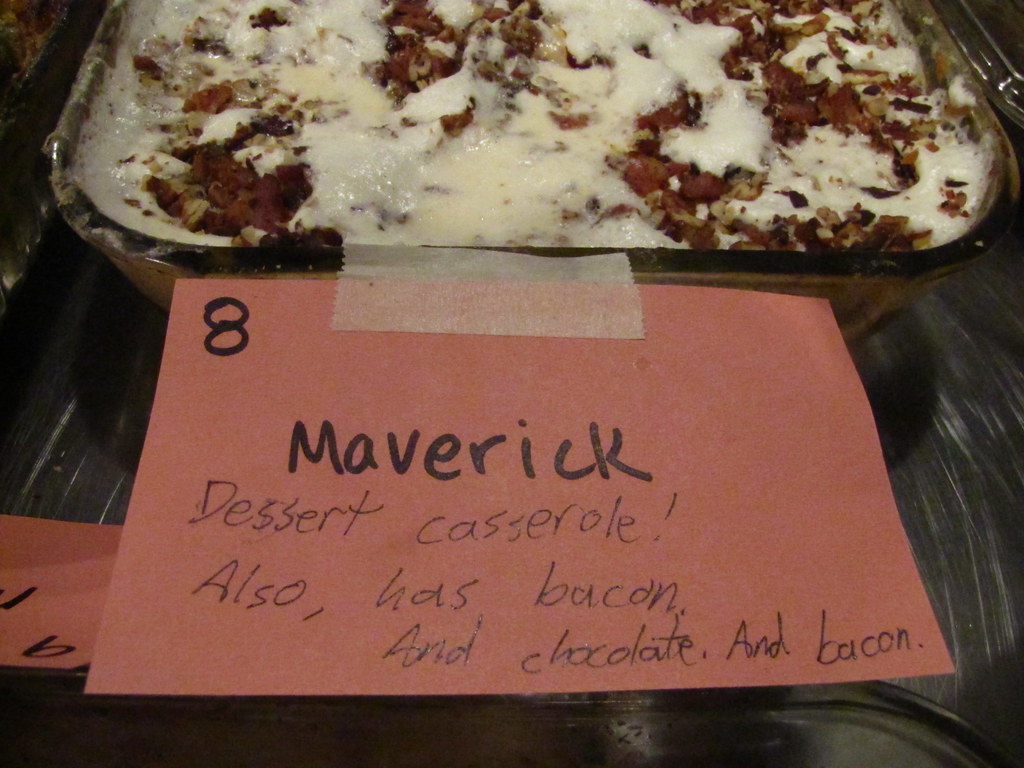 of course, someone made a dessert casserole 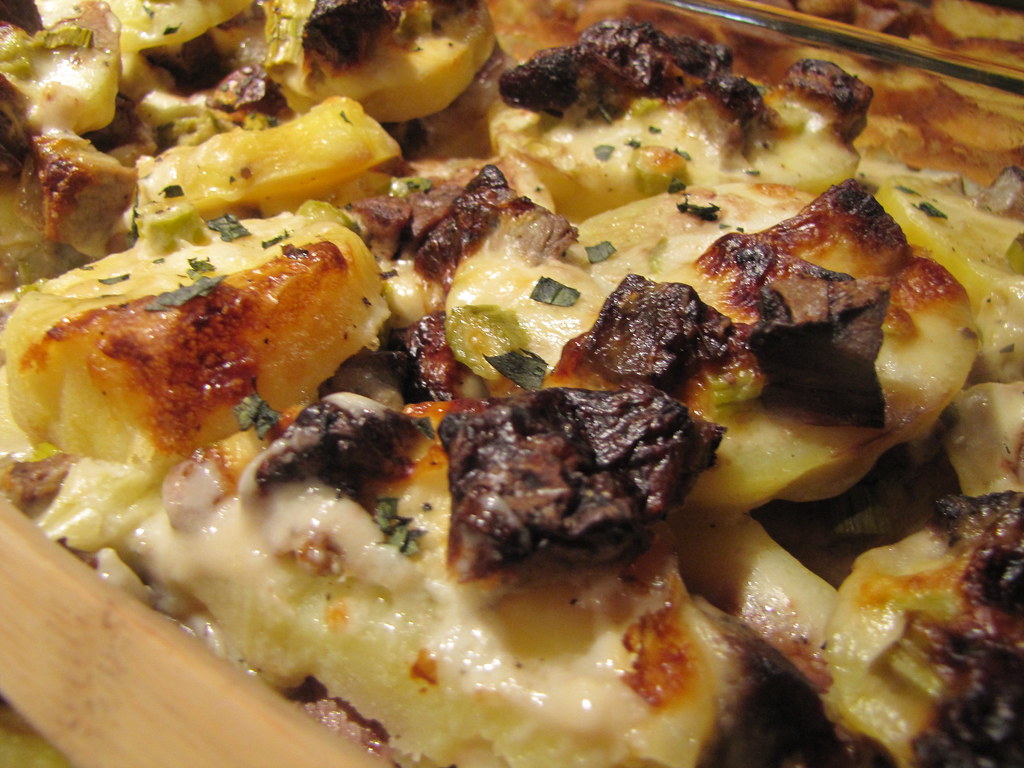 I can’t recall this one, but it sure looks good! 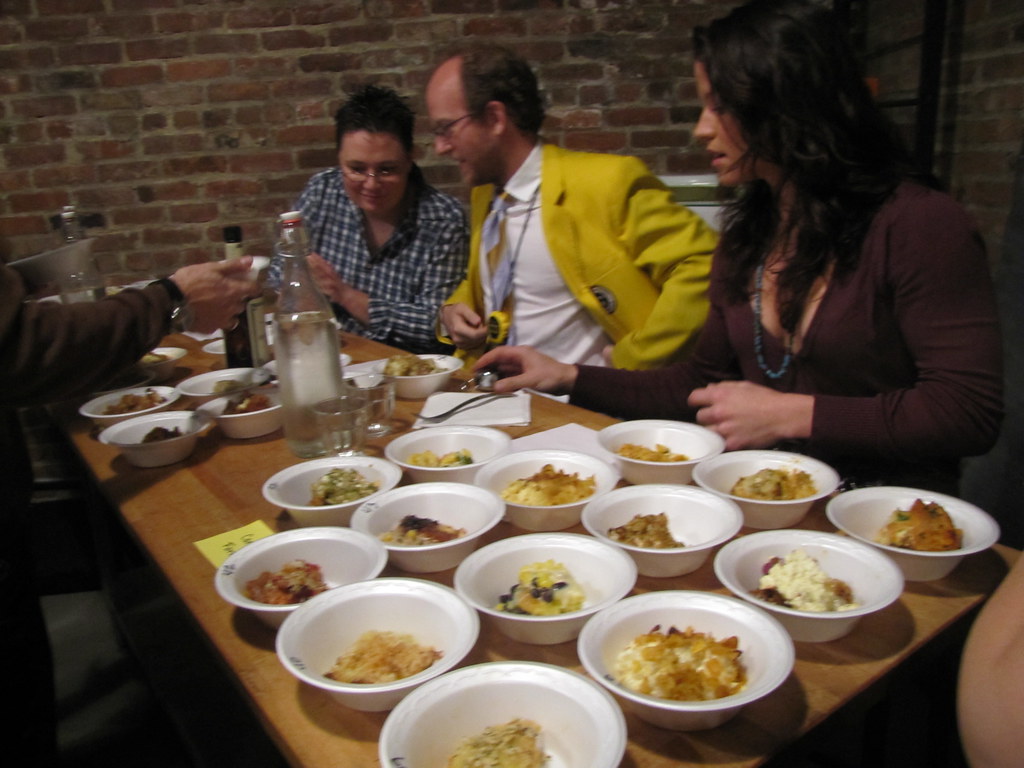 the judges taste their way through them all 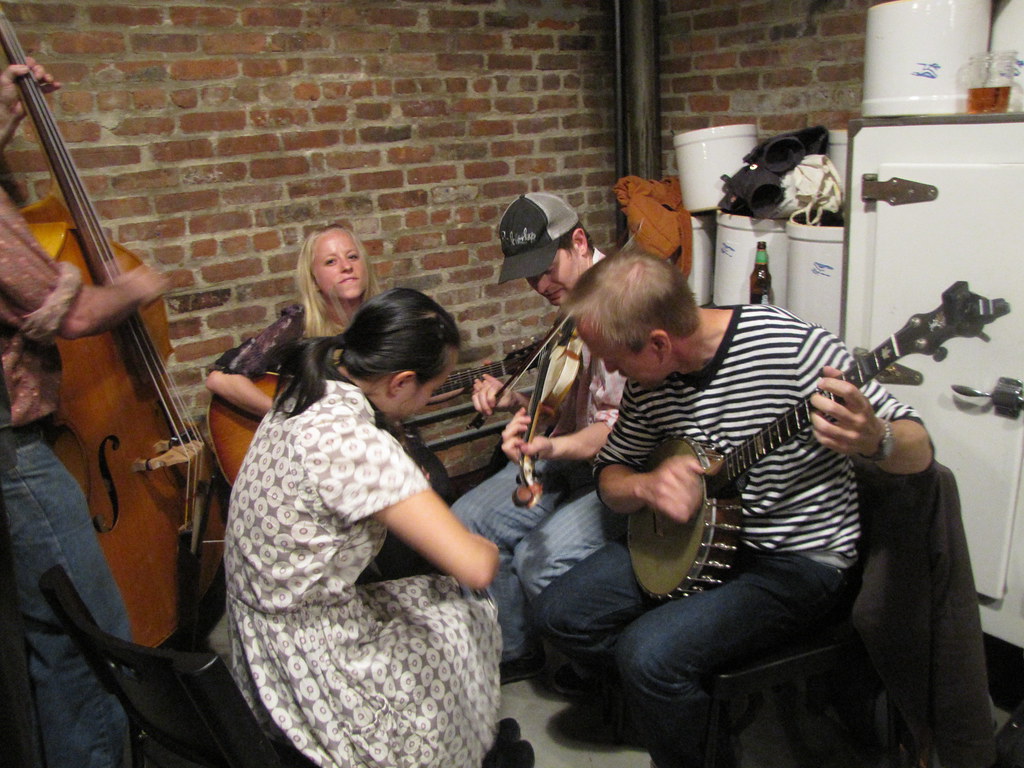 we had live entertainment from Charlie Shaw & friends 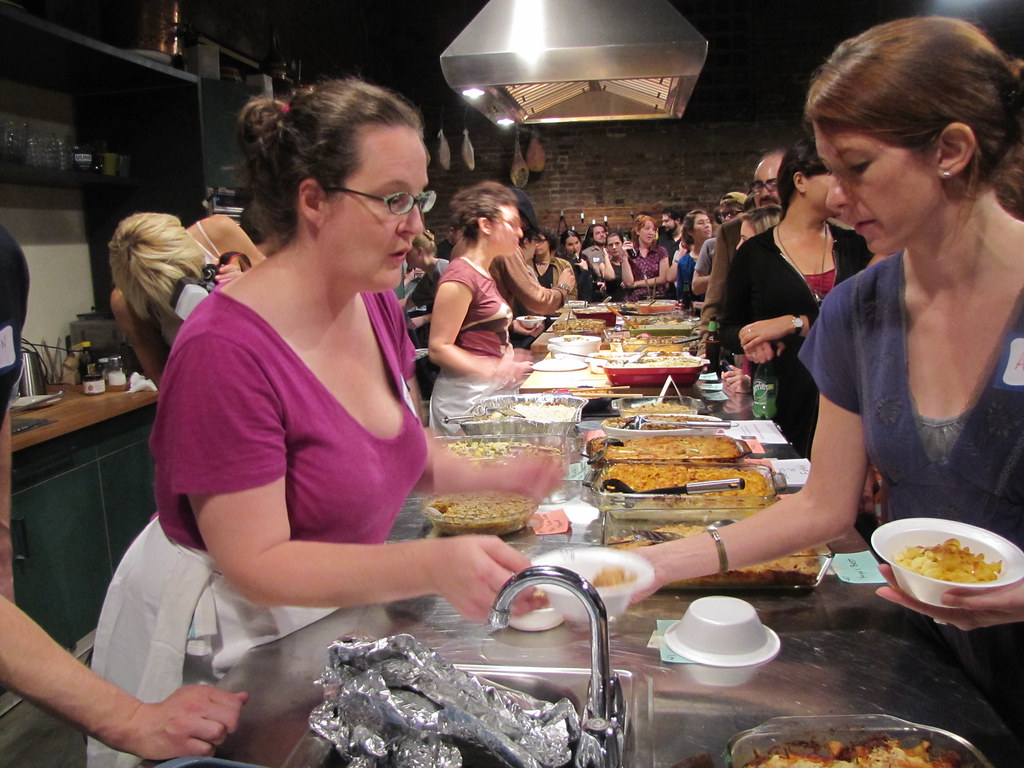 Taylor from The Brooklyn Kitchen assists the tasting room

And now, for the moment of truth. As you already know, my cauliflower casserole didn’t make the judges’ top three. But which ones did? Here they are… 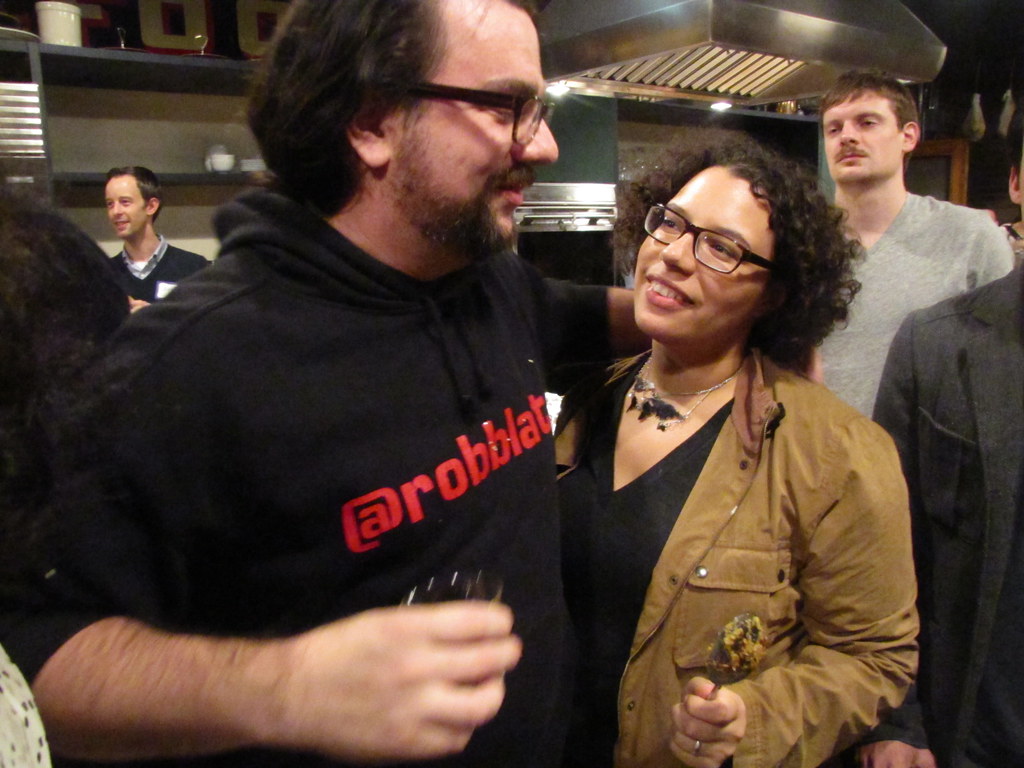 
Just a minute after eating the most casseroles in one minute, Rob and wife Amber won third place for their own! They made a cheesy, meaty, gooey and beer-y mac and cheese dish that I’m glad I got to taste. Rob and Amber together host and engineer the podcast Hey Brooklyn, so they’re no strangers to the fun local scene. I should note that Rob also pledged a dollar for every casserole he tasted in that minute to the event’s cause, and asked upon others to match it, which a few generous folks did. 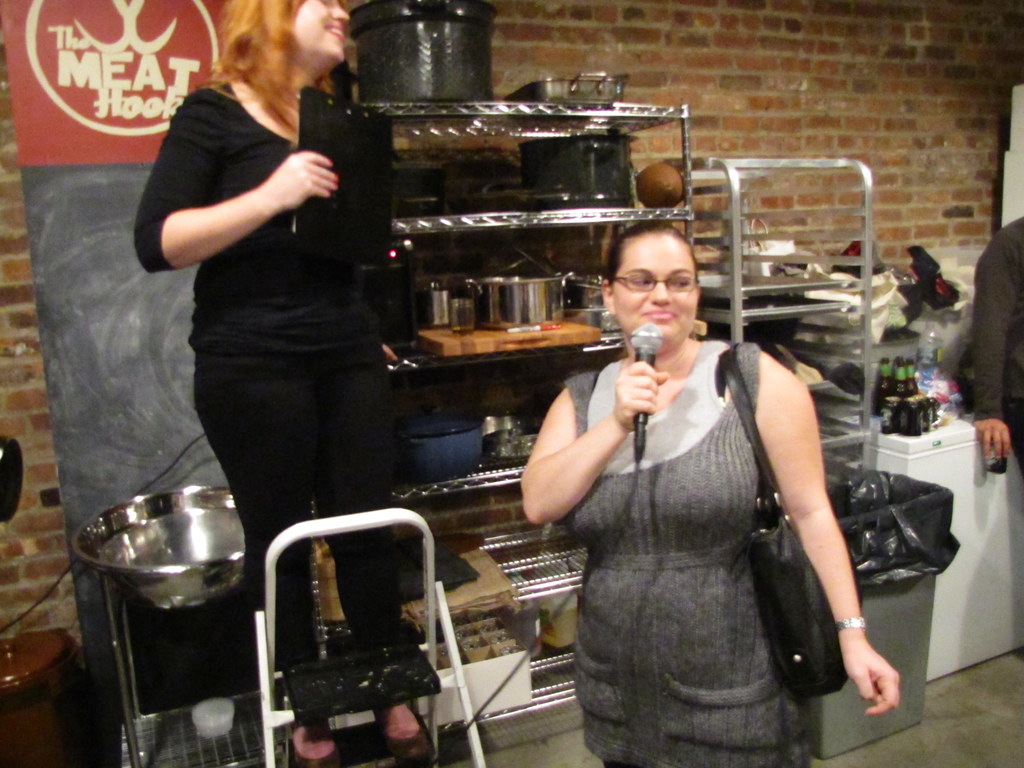 The judges loved the potent combo of crushed nachos with cheese in Biana’s “Bianaquiles,” a self-styled take on the classic Mexican breakfast dish chilaquiles. It’s one of the best types of casseroles the world has come up with, and Biana stayed true enough to it by including a homemade tomatillo sauce. All winners received various cookware donated by The Brooklyn Kitchen, by the way. 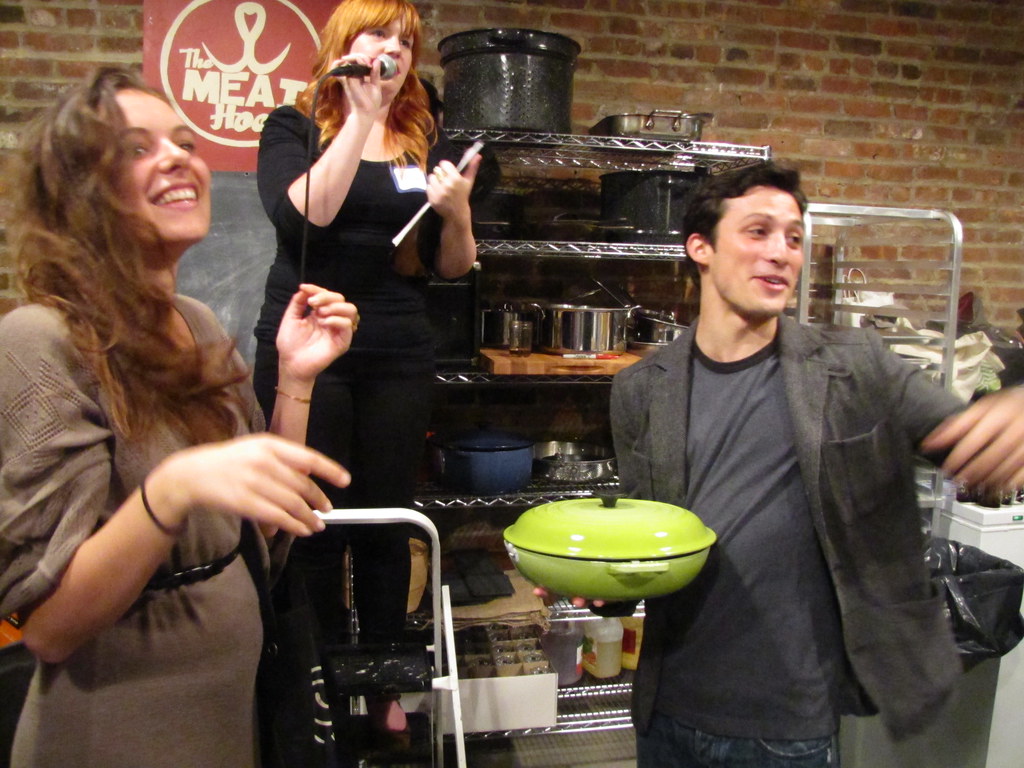 It’s a first-time win for a first-time pair of cook-off contestants, Kim and Andrew! They entered another globally-inspired dish, which deliciously riffed on that Julia Child-made famous dish, Chicken Cordon Bleu. Inside their cheesy casserole dish (pictured at top) were chunks of chicken, ham and bread cubes congealed in a creamy pool of pure ooze. It was a real casserole lover’s casserole. And I’ve snagged the recipe for it from them, below. Dig in, and hope to see you at the next food benefit!

Cover and bake the casserole at 350 degrees for 30 minutes. Uncover; bake 10 to 15
minutes longer or until cheese is melted.