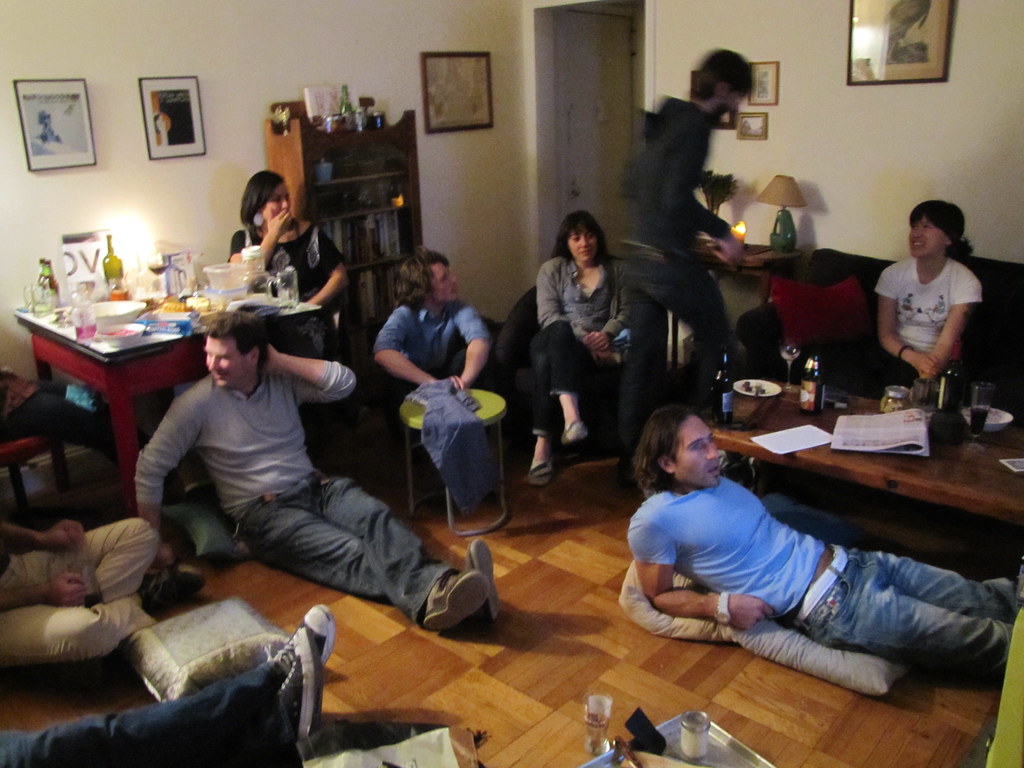 Skip the lines at the movie theater. Screw the trans fat-popped corn and jumbo packs of Junior Mints. Try this, once, if you’ve never done it before: hold a movie screening in your home, and have your friends and yourself make the refreshments. And what better time to do that than this Wednesday, because it’s the PBS broadcast of Food, Inc. That’s right, screw the DVD rental and cable, too — as long as you have an oldschool antenna on your telly, you can get this flick at home.


So let’s say you’re a budget-conscious eater, but you care about the quality of your food. Then you have a kindred spirit in public broadcasting. With its thoughtful, if less prolific or snazzily packaged, programming than basic TV, it’s kind of like an apple to a puffed-up Apple Jack. So when I was asked by PBS’s POV documentary series to throw a potluck to celebrate the television premiere of Food, Inc., it was an easy sell. (You’re probably a fan of potlucks already, too.) What better way to sit back and enjoy the documentary that stirred public concern over the food system, than at home before an array of good food?

And it was a surprisingly easy feat to pull off, too. On a weekday night, armed with an advance screening copy of the film, I invited about a dozen friends over, cleared aside some space on the coffee table, and put out cheese. No, I didn’t even cook for this potluck. But thanks to those who were coming, I knew there’d be a plenty spread. That’s the beauty of hosting a potluck. And guess what, many of them stuck around for the dishwashing chore, too! 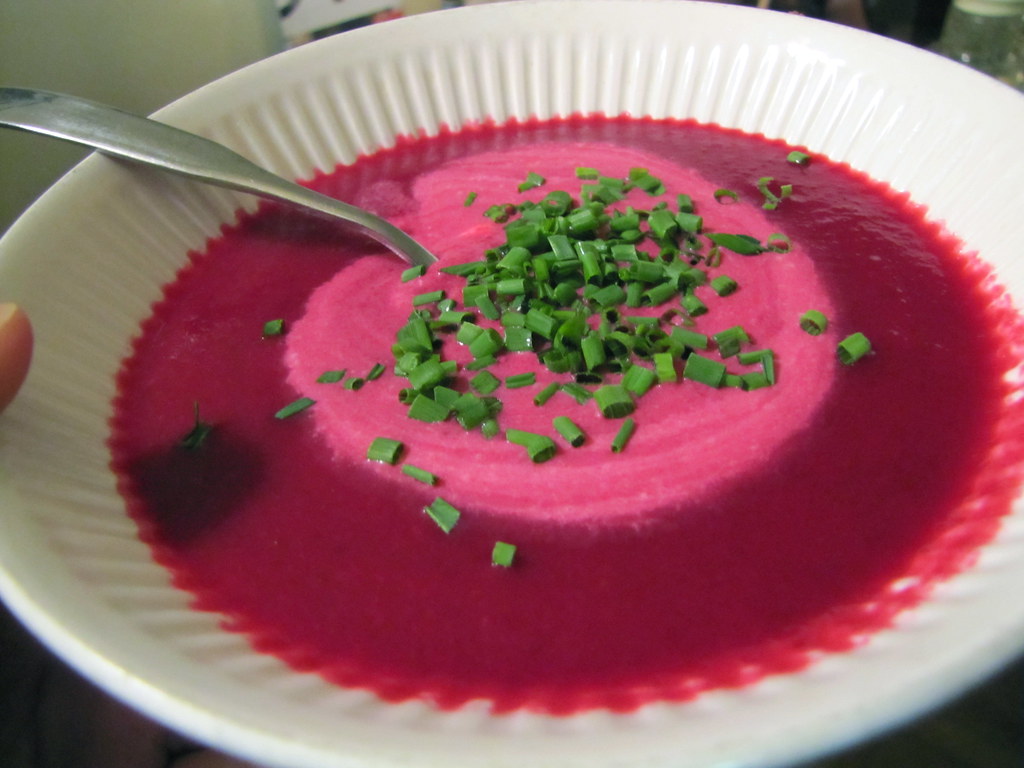 a bold beet soup was as good as it looked 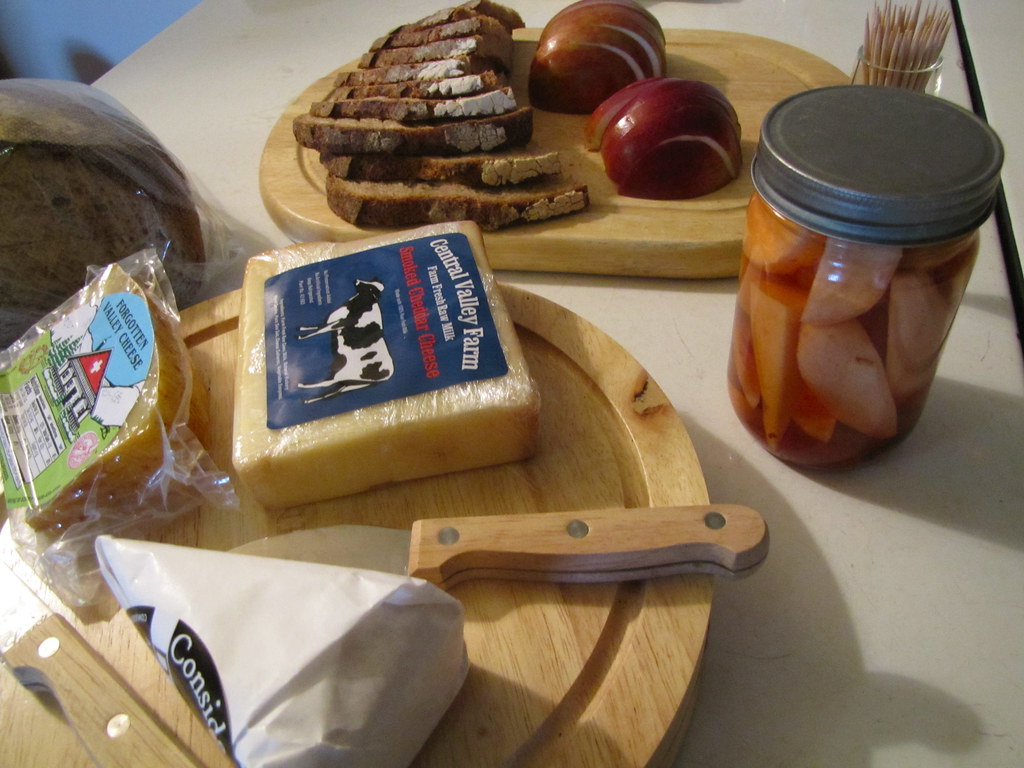 It turned out to be the best feast of 2010 thus far. There was a chilled beet soup with creme fraiche and chives prepared by Emily C., a veggie lasagna from Emily F., excellent vino and a spare friend from out of town from Erik, a ton of different homemade truffles from Noah, cauliflower from Jenn. (The company, before their food, was really the best part.) And then, I also asked them to bring unwanted stuff from their households, and called it a spring cleaning “stuff swap.” So in the center of the living room floor were scattered all sorts of random extras from peoples’ apartments: books, makeup samples, chintzy throw pillows, kitchen gadgets and clothes. Not all of it was great; not even most of it was very good. But I think we all got to leave with some new stuff to recycle around the neighborhood.

So when throwing a potluck, I’d advise at least one extra-curricular activities, besides just having food. The movie, and the swap, were the randomly chosen ones of this. It could be anything — or you can resort to playing card games like we did at the last one. Anything goes. That’s my two cents to add to the list of tips that PBS has already provided online for how to throw a potluck screening party, along with some tasty recipes. My other one would be to cook as little as possible, so you’re not left with a sink full of pots and pans on top of the plates. 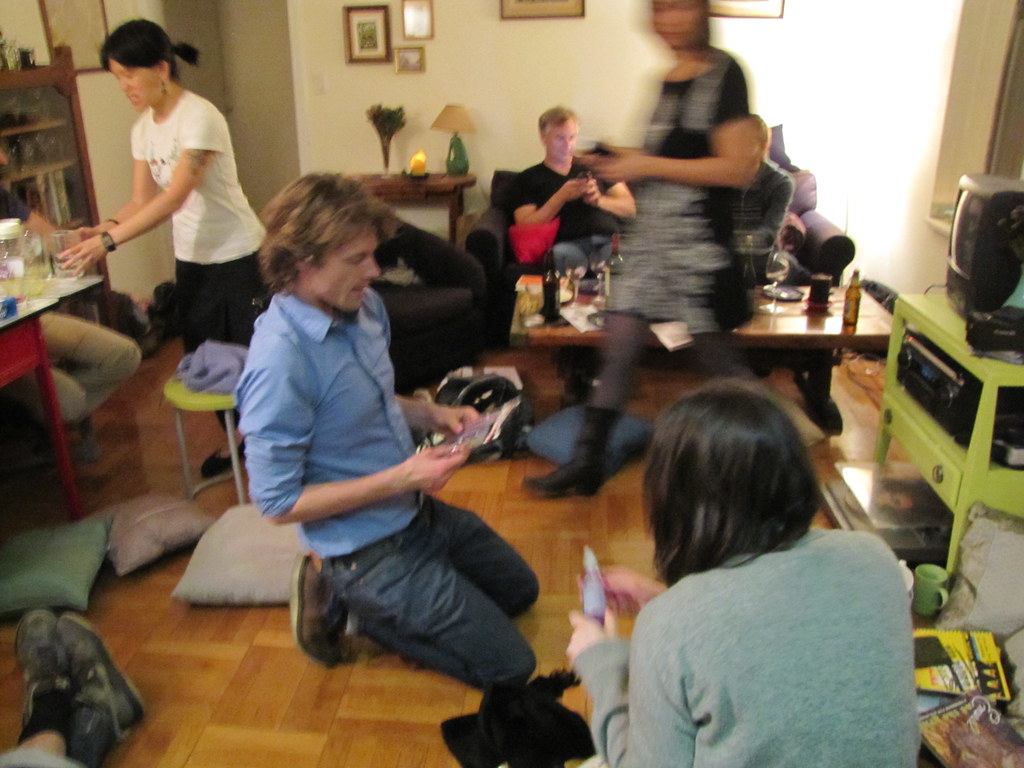 
If you’ve already caught the film (as I did, at a Brooklyn Based screening party with the filmmaker last fall), then you’ll probably enjoy an encore as much as myself and a handful of friends did last week. If you haven’t, here’s your chance. Upon that first viewing, [SPOILER ALERT] the thing that stuck with me most was how much genetically modified seeds have taken over our food supply, and how commercial farmers are forced to keep buying them, rather than saving their own. (To which a friend seated close by who’d never seen the film before gawked, “This is the craziest thing I’ve ever heard!”) This time around, what pulled at me was a bit toward the end of the film discussing the sway that industry has on the media, as well as federal policy. It was when Barbara Kowalcyk, the mother of a child who died from e. coli, refused to answer a seemingly innocuous question from the interviewer about what she preferred to eat now. Her rationale being, that she’ll have to pay for it somehow.

There’s always something to be gained from another screening, and especially with several people around. I learned much more thanks to the peanut gallery alone as we watched. I also learned that you don’t need to have a fancy TV or even comfy seats for everyone to have a good time sitting before an 11-inch old Panasonic. And it reinforced the belief (practiced at the Hungry Filmmakers screenings) that films are the perfect launching pad for long discussions afterward into the night.

You can actually gain more if you throw a potluck and tell PBS about it from April 22-May 3, too. In doing so, you’ll be entered for a chance to win gift baskets with autographed copies of Michael Pollan and Eric Schlosser books, a copy of the Food, Inc. DVD, coffee from Equator Coffees, coupons for free products from Amy’s Kitchen and more. Good stuff you probably won’t want to swap!