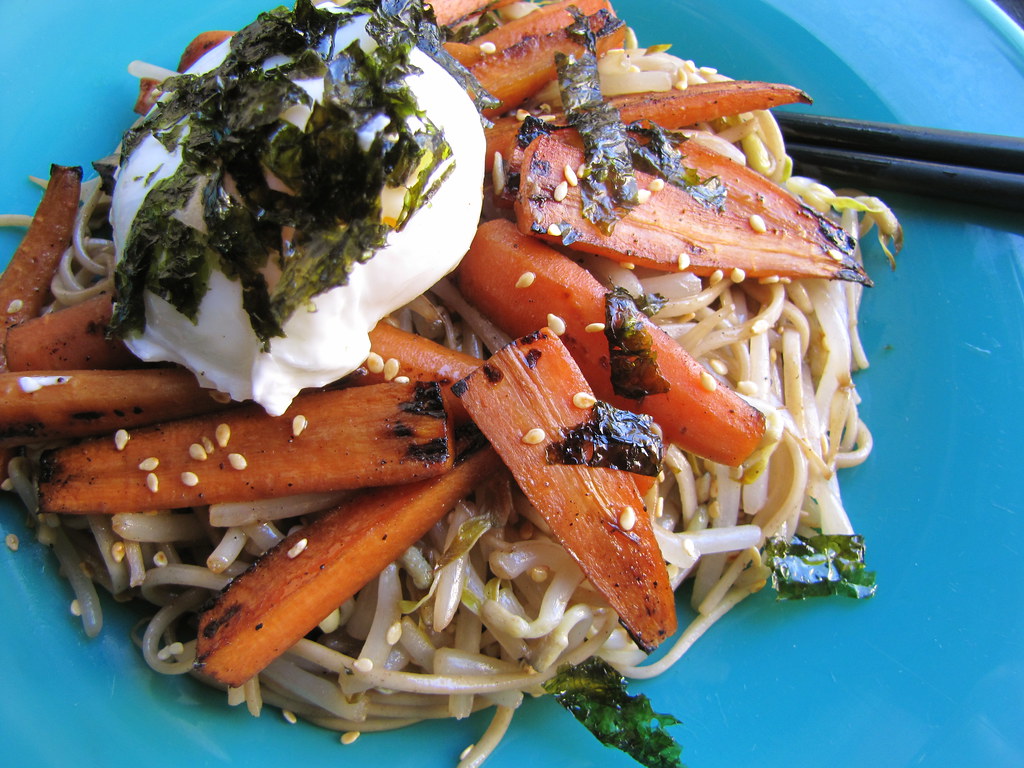 “Yes, but what do you eat every day?” people would ask. You can’t possibly be making something this elaborate and eye-catching if you’re cooking every day, the skeptics said, referring to photos on this blog. And no, for sure, I did have before me something that looked amazing, or that was even planned out before it came together on a plate, for most of the meals during my two years of eating in. So what did I eat most of the time, and what kind of stuff do I still make, for the most part? Something like this, usually. And actually, it doesn’t look half bad.


The formula for a healthy, quick and affordable meal is this: very quickly-cooked vegetables, a starch that’s either ready to eat (i.e. leftover bread or rice) or can be made on the spot, and a protein, preferably one that’s cheap. From there you can fill in the blanks with whatever’s on hand or in season, or refine with more luxurious ingredients or time-consuming techniques. But I personally keep going back to noodles with sauteed vegetables and a poached egg. 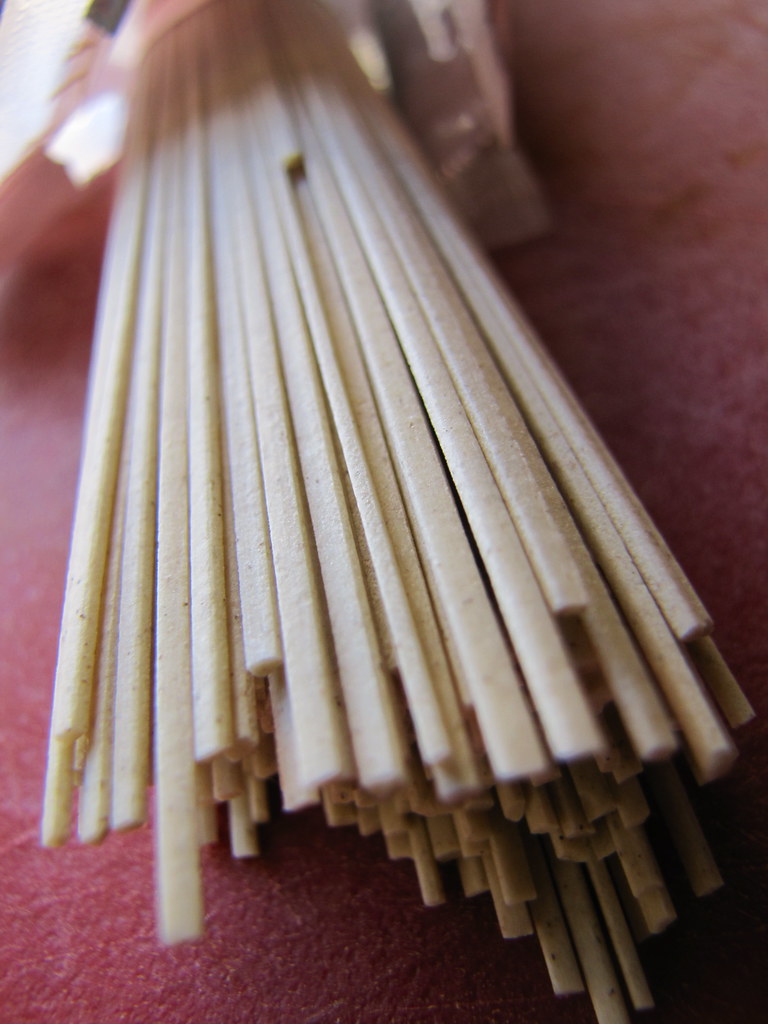 Soba noodles, made from buckwheat flour, are a great source of whole grain, and they easily replace regular, refined-flour Asian noodles in many applications. Just don’t overcook them — these things release starch by the second as they boil, and it’s easy to surpass their slightly chewy, more desirable al-dente state and end up with a big pile of mush instead. Of course, cooking time depends on how thick, wide or skinny the soba noodles are, so check your package for reference.

What a warm start to spring we’ve had in NYC. It’s too sunny and we’re much too excited about gazpachos and grilling outdoors to have an appetite for a hot bowl of soup noodles right now. But then I’m not quite ready for stuff like cold noodle salads. So these warm, but soup-less noodles, slicked in sesame oil and soy sauce, and eventually some runny egg yolk, was something of a compromise. And so were the vegetables. 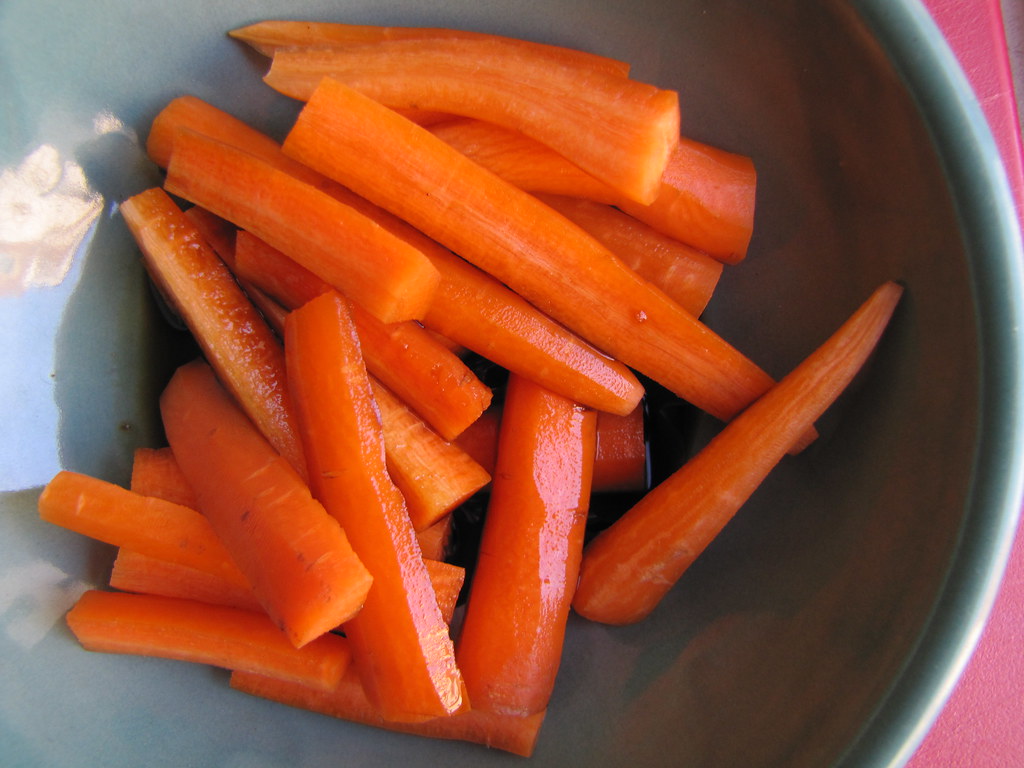 slender carrots are cut down 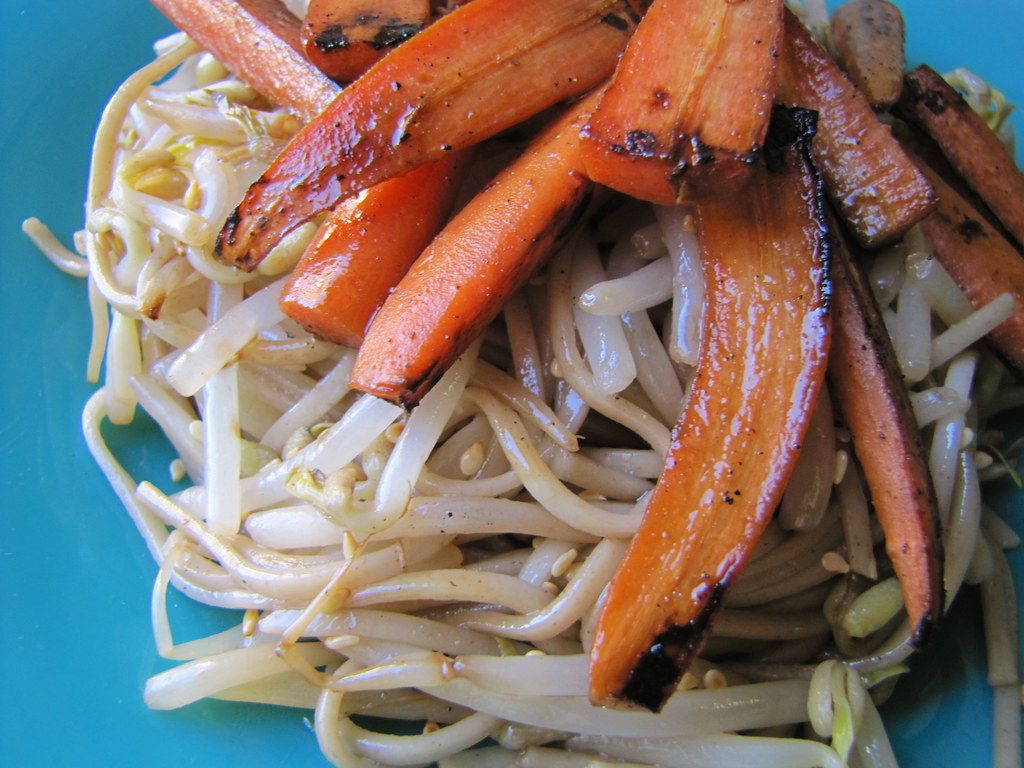 and crisped on a hot pan

I’d first made this dish with asparagus, dipped in soy sauce and sesame oil before charring the stalks for a bit on a very hot cast-iron pan. Try this with any veggie — cauliflower, zucchini, or just a handful of fresh spinach. I’m still working through a great bag of baby carrots from the Greenmarket though, so decided to give them the same treatment. Carrots are much denser, and less moist than the aforementioned ones, and they take longer to soften as well as absorb flavor. It wasn’t the most outstanding choice, I’ll admit — carrots, instead of something more delicate — but it sufficed for a tasty twist. And that’s just what happens sometimes when you’re reusing or simply using up ingredients around.

What else did I eat, following this magic formula, and use-it-up philosophy, when it wasn’t soba noodles and egg? A lot of stuff, ranging from great (which would make it into a posting here as a recipe), to so-so, to disastrous. This is not strange for anyone who cooks quite a lot. What may be strange is that I still obsessively photographed a lot of them. So here are some of those so-so stragglers, which never seemed quite worthy of mention until now. 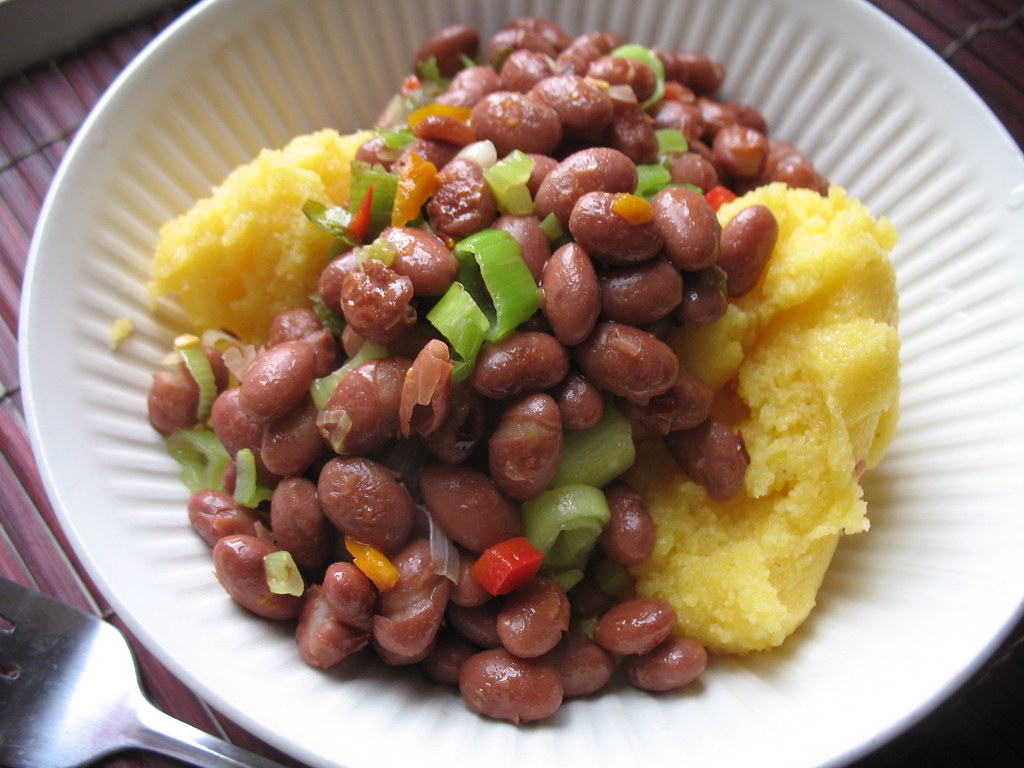 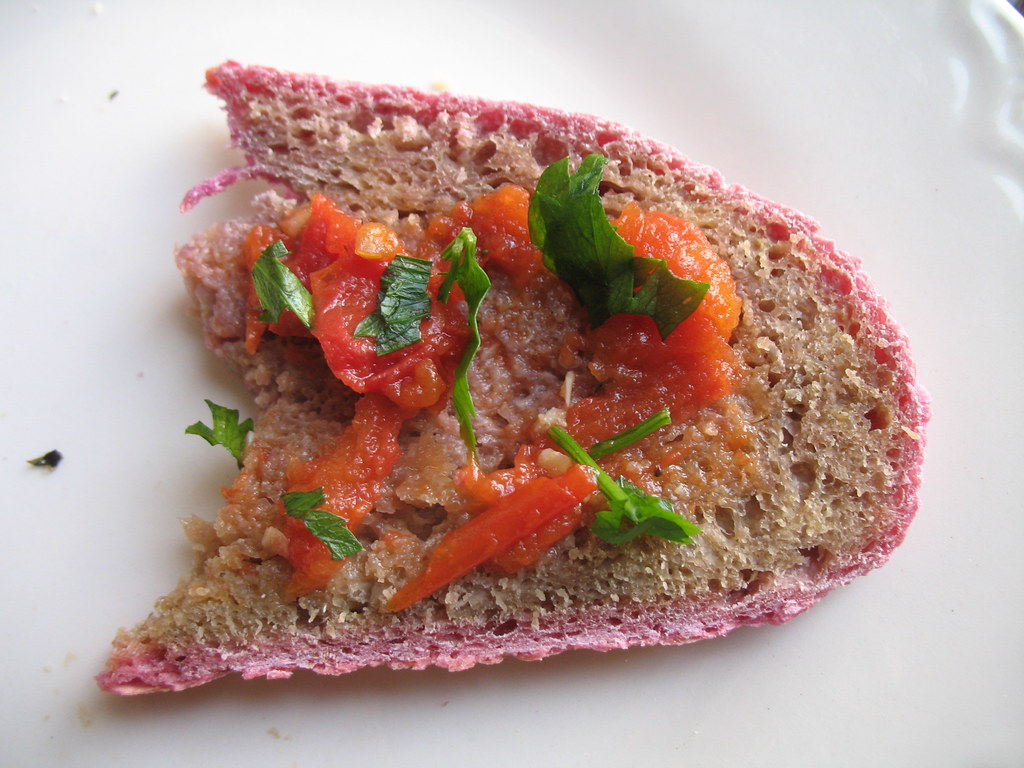 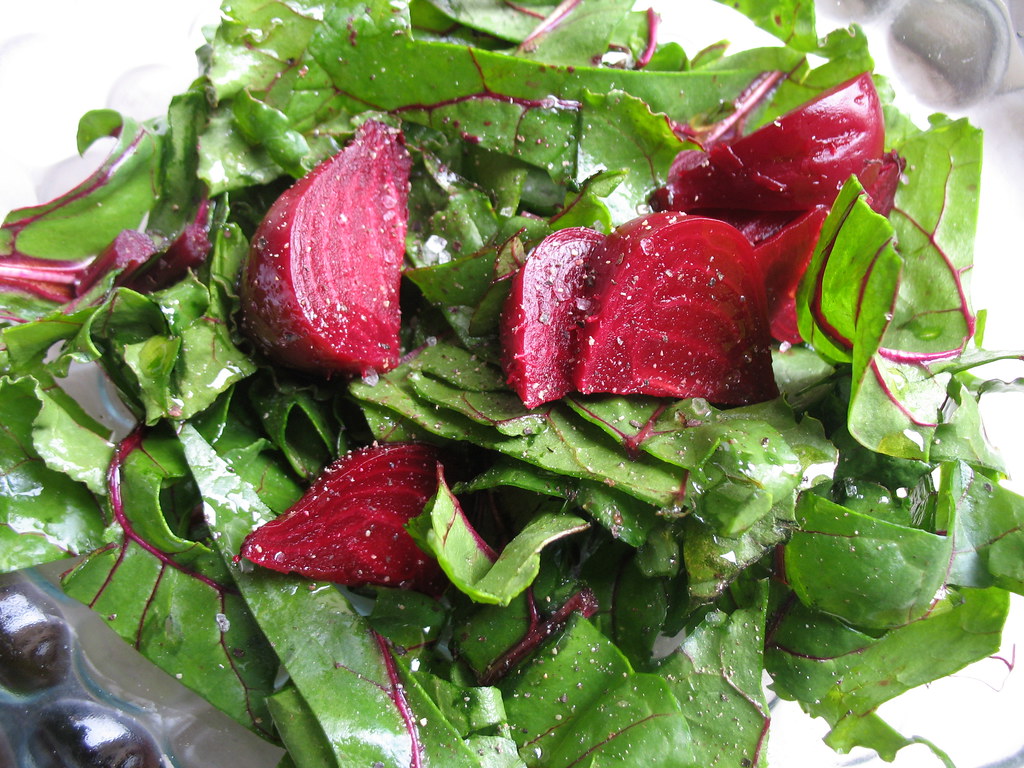 roasted beets with their own greens 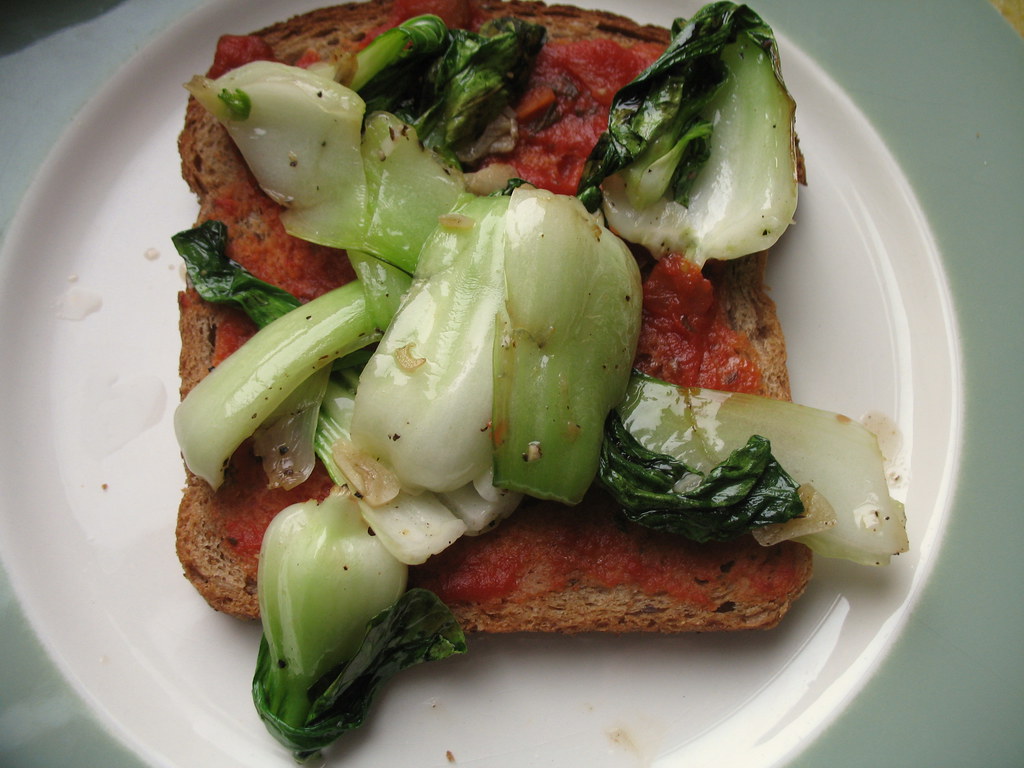 In a bowl, combine the vegetables with the soy sauce, rice vinegar and about 1 teaspoon of the sesame oil. Heat a heavy-bottomed pan or skillet over medium-high, and place down the vegetables. Season with a pinch of salt and pepper. Toss after after one side has lightly browned, and stir occasionally until lightly browned all over. Remove from pan and return to bowl with soy sauce mixture.

Meanwhile, boil the soba noodles following the directions on the package. Drain. Also meanwhile: poach the egg by bringing a small pot of water with a splash of vinegar to a boil. Remove from heat, and carefully slip in a cracked egg. Cover, and let cool for 3-5 minutes. Alternately, you can fry an egg sunny side-up or over-easy instead.

Transfer the drained noodles to the pan that the vegetables were removed from, and stir in the bean sprouts, sesame seeds, and about 2-3 teaspoons of the sesame oil, or to taste. Transfer to a serving plate or bowl. Top with the sauteed vegetables and remaining soy sauce mixture, the egg, and optional nori crumbles.

Three brownie points: Funny how the cheapest, and quickest food that you make at home is often some of the healthiest around? And how, outside the home kitchen, cheap and fast food tends to be the least? In any case, this dish should give you plenty of vitamins from the vibrant, barely cooked vegetables (in this case, Vitamin A and C from the carrots), and even though they’re relatively tasteless, the bean sprouts have protein. So does the egg, though this will add a little filling fat to the dish, which in total, does not have very much.

Five brownie points: This recipe’s designed to work with anything your local and seasonal market might throw at you, so take the opportunity. A rich egg from cage-free hens also from the Greenmarket (I’ve been getting Flying Pigs Farms’ eggs lately, which are so huge!) is a good choice, too. The soba noodles, sauces and garnishes like sesame seeds and nori were mostly imported, finds from the Asian market instead. However, they tend to linger in my cupboards for endless uses, and I’m always eager to find ways to use them up.