A while ago, I was asked by the New York Daily News to cook a “romantic” meal for two that cost less than $15, including the bottle of wine. When the story ran, the paper concluded that I had given special meaning to the term, “cheap date.” While this might sound a little so-so, at best, for a single in New York, I’ve decided to embrace that title ever since. And I hope to give it new meaning each week, by talking about cooking and dating with a number of guests. It’s my new radio show! And it launches today on Heritage Radio Network, from 3 – 3:30pm.


If you’re not familiar with Heritage Radio Network, it’s a fabulous, food-centric station that’s based in a converted shipping container outside of Roberta’s Pizza, in Bushwick. It was founded by Patrick Martins, also the founder and President of Heritage Foods USA, a distributor and promoter of humanely raised, heritage meats. Since its inception this past spring, it has aired weekly programs hosted by numerous renowned foodies of the neighborhood, like Anne Saxelby’s (of Saxelby Cheesemongers) “Cutting the Curd,” Severine von Tscharner Fleming’s “Greenhorn Radio,” and my favorite twin deejays Finger on the Pulse’s “Snacky Tunes.” I’m so proud and thrilled to be joining this roster of voices with a show.

Cheap Date will be a loose talk radio show, in which I’ll interview food experts, dating and sex experts (oh yeah), and we’ll talk about what they’re up to, and what they like to cook for a bit before taking calls from listeners to (hopefully) answer some of their dating and/or cooking-related questions. You see, since I began “Not Eating Out in New York” three years ago, one of the most frequent questions shot my way by strangers has been, “How do you date when you can’t eat in restaurants?” I’ve tried to field that query in a number of ways, but there is obviously no one answer for it. So I can’t wait to hear what others have to say on this.

For my first victims guests, who will be joining me in the station today, I took the easy route and invited a couple of my favorite fellow foodies. 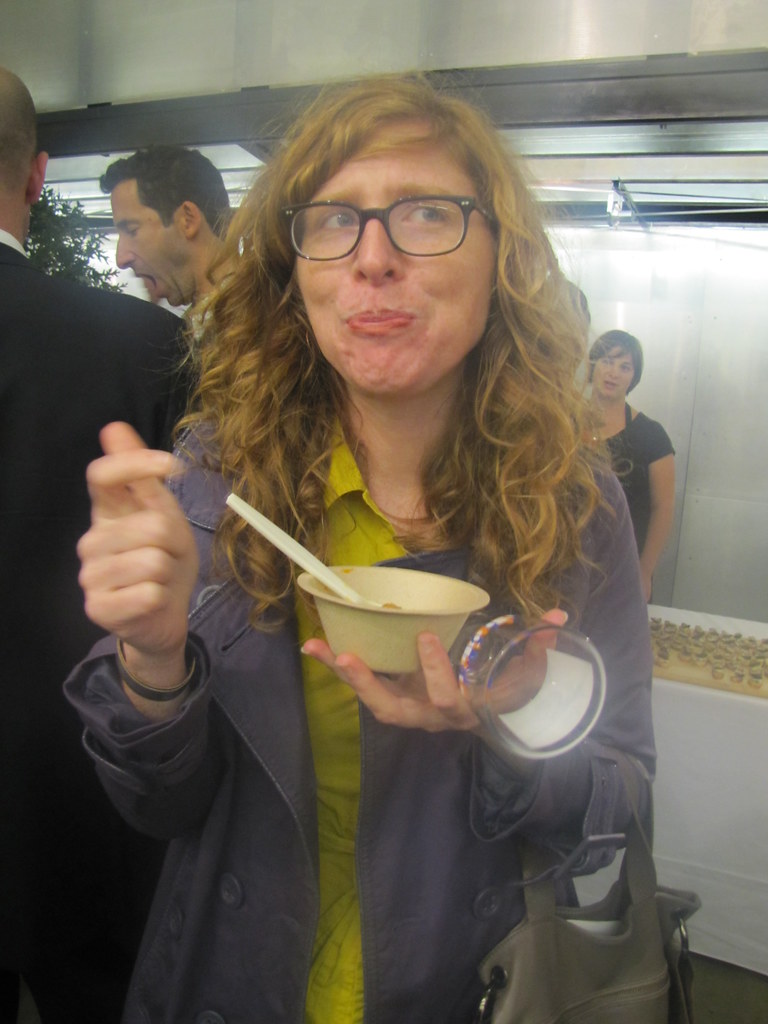 Rachel Wharton: Rachel is the Deputy Editor of Edible Manhattan and Edible Brooklyn and a freelance food writer extraordinnaire. She eats a lot, drinks a lot, and is a lot of raucous, red-headed fun. I also owe her a couple stories for Edible Brooklyn, which were due yesterday, so please don’t remind her if you call in. 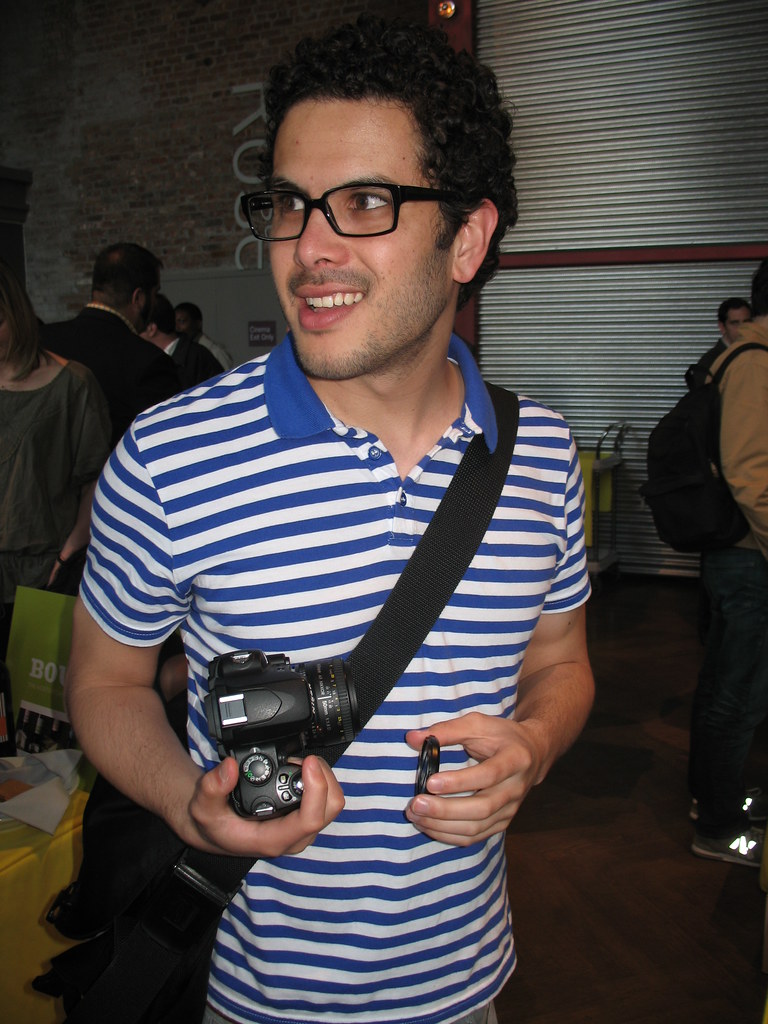 Keith Wagstaff: Keith writes about food for Citysearch and The Feedbag, and sings really bad karaoke. He can make an amazing braised pork adobo and a mean macaroni and cheese, so you might want to ask him about those if you call in.

And you can be a part of the show, too! Call in with any questions for us — cookin’ or lovin’, or lovin’ cookin’-related — and we’ll do our best in between mouthfuls of pizza and beer. The number to dial is (718) 497-2128, and we’ll probably start taking calls around 3:15, but will announce live on the show just when. Hope to hear from you!