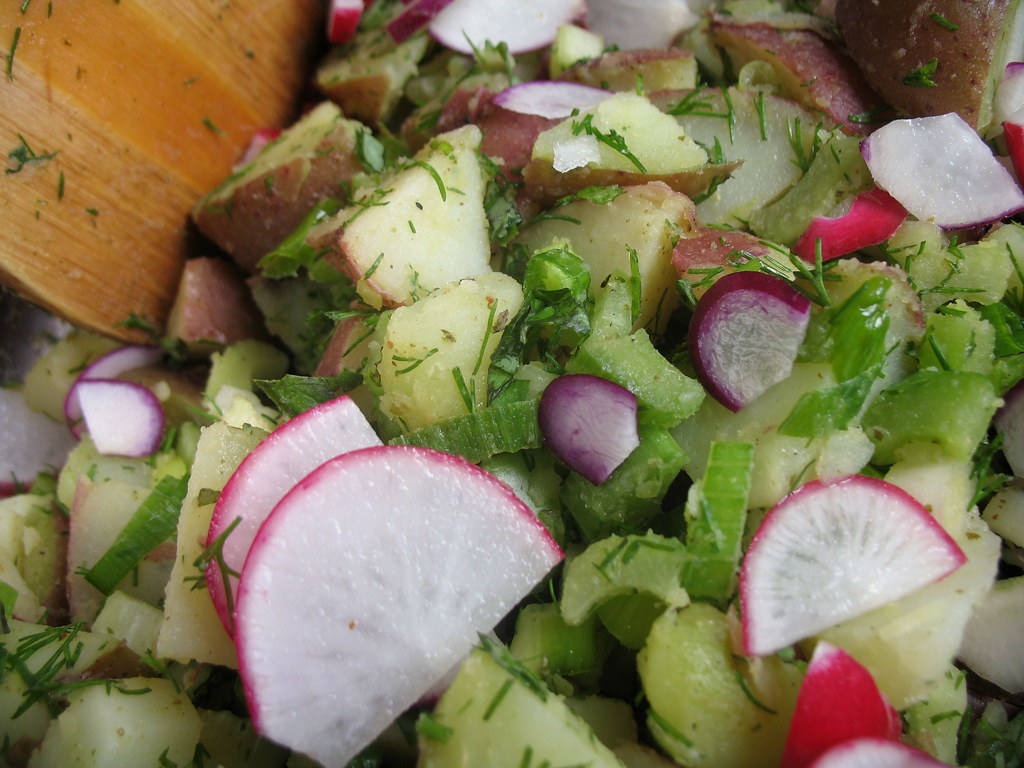 I received a mildly annoying press release in my inbox the other day: “Picnic food safety greater concern in hot weather” was the subject line (food bloggers out there, you get that, too?). The draconian yarn went on to provide tips to curb food-borne bacteria, which hot weather accelerates. As bringing homemade food to a sunny patch of grass outdoors is one of my all-time favorite activities, I felt that it was oddly singling out picnics as some sort of summer safety threat. And as someone pretty well-versed in cross-contamination and keeping my hands and food clean, found the tips somewhat vapid, while alarmist. “Picnic foods typically require a lot of handling, and the more foods are handled the greater the risk of contamination,” the announcement read. Run for the hills! Or rather, the bistro down the street!


People, seriously. Picnics are wonderful. They’re one of the best things about summer. I don’t blame the press release for pushing caution for the sake of public health. But it just goes to show how far we’ve come from knowing how to handle our food properly, as a culture, perhaps. Meanwhile, last weekend my good friend couldn’t make it to a backyard potluck some friends and I threw because she’d gotten food poisoning after eating bad scallops at a restaurant the night before. The point being: with picnic/homemade food, at least you are in control of how your food is handled, and are solely to blame for contamination!

Anyway, I brought this potato salad to that potluck, and knowing that I would have to drag it around with me all afternoon as I ran errands beforehand, I kept mayonnaise out of this recipe. I would not have any refrigeration for it during the day. Several friends of mine are so terrified of the egg yolks in mayonnaise turning for the worse that they even refuse to serve food with mayonnaise at their outdoor parties, for fear it’ll be sitting in the sun for too long. (Others are just terrified of handling eggs, period, as if a downy chick might spring from one at any minute.) Again, caution is great — to an extent. All food is a living organism, after all. But rather than fear handling it, or eating outdoors, or cooking, let’s just keep safety first and remember to innovate in situations where it might pose a festering feedlot for bacteria. 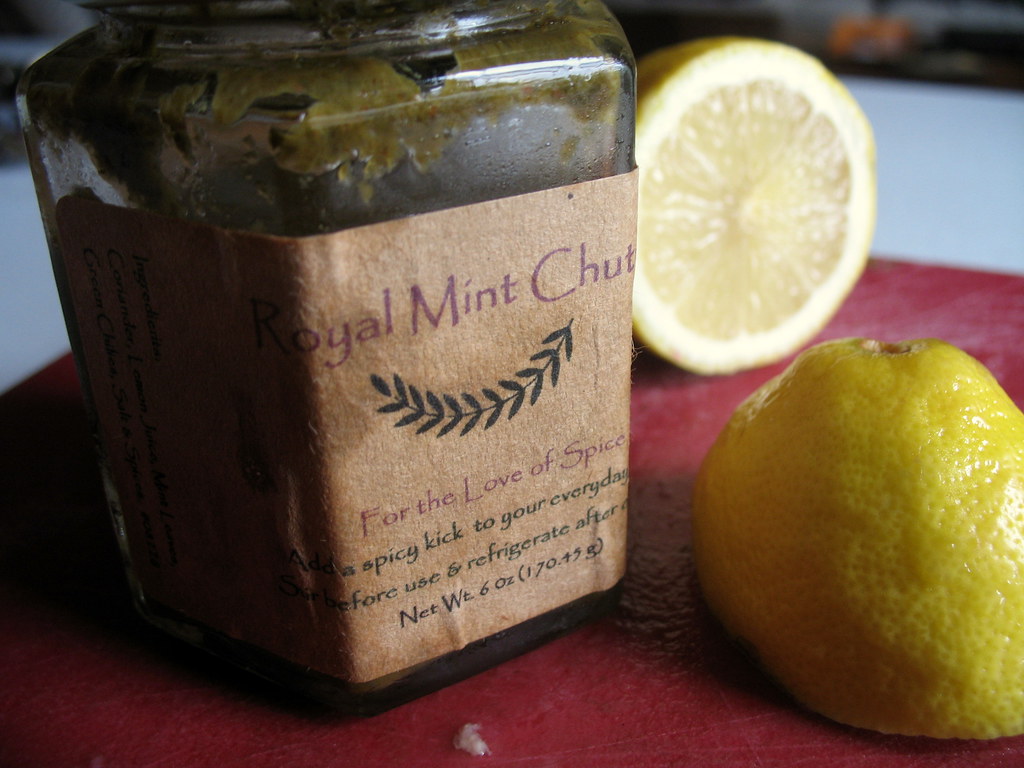 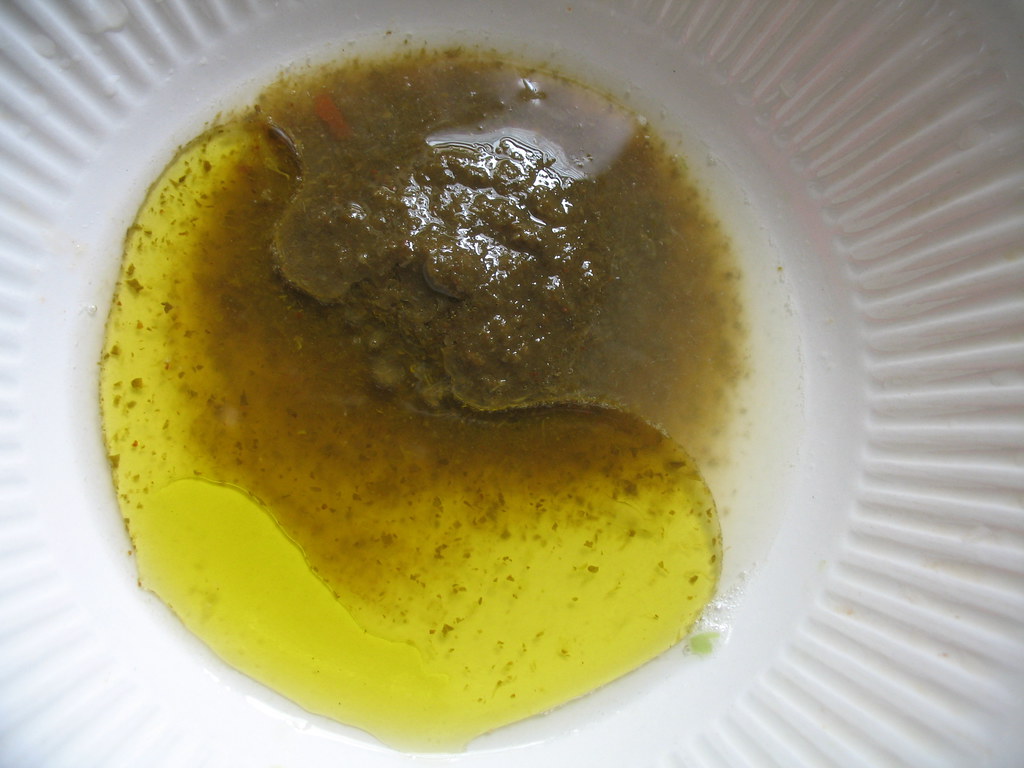 
So what did I use instead of mayonnaise? Lots of flavor. I had a lot of fresh herbs, but as I skimmed over the bottles of sauces beside the mayo in my fridge, found a jar of mint chutney I hadn’t used in a while. It was like finding a favorite necklace that you’d forgotten about. Instantly, memories of the Chile Pepper Fiesta at the Brooklyn Botanical Gardens came flooding back to me, where I had met the kind and generous family who makes these homemade chutneys. They’d fed everyone at their cooking demo a full dinner at that festival back in September, and afterwards I’d bought two jars of their chutney. The mint one is my favorite; it’s the spiciest. Its ingredients are no more than six simple nouns (mint, cilantro, chiles… ), and it’s about the consistency and color of pesto. Why hadn’t I put it in potato salad before?

This was an opportune time to do so — when I couldn’t use mayonnaise. After blending the chutney with some fresh lemon juice, olive oil, salt and a squeeze of mustard, the chopped potatoes were marinated in this flavorful potion for the entire day. Into the potato salad also went crisp, zesty radishes from my latest CSA package, with purple and magenta skins so vibrant they could be mistaken for Easter eggs. Scallions, also from the CSA share, some celery and a hoard of fresh dill and mint I’d somehow ended up with in the aftermath of the last Hapa Kitchen dinner all went in, too. Random stuff salad, with potatoes, you might call it. 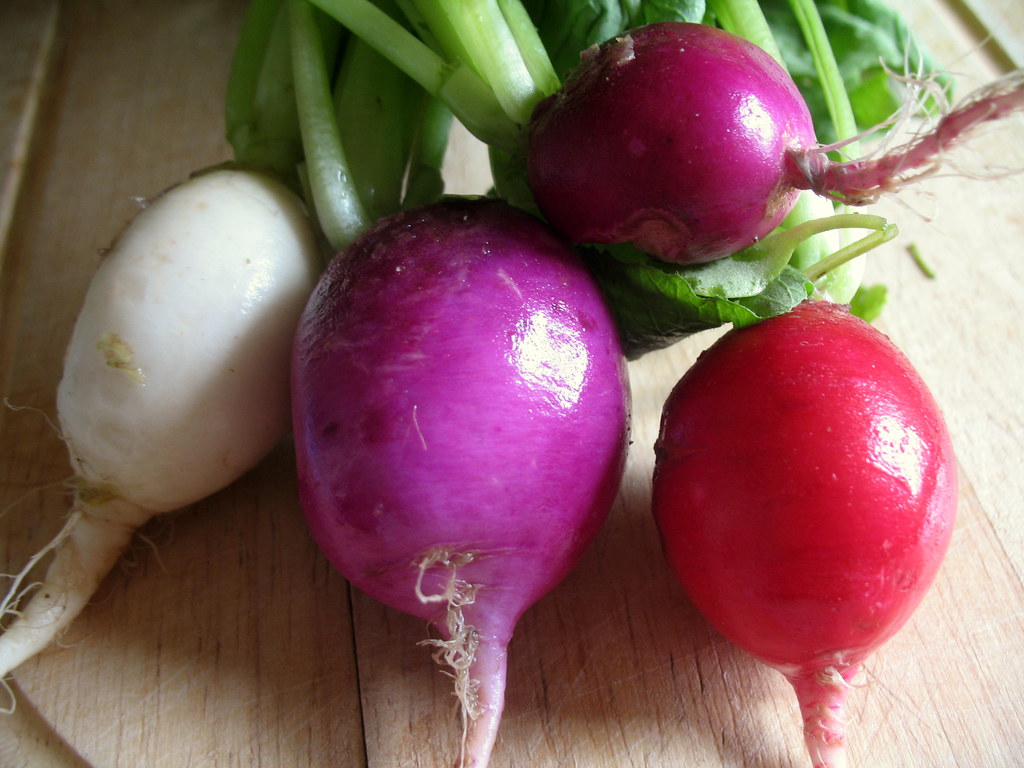 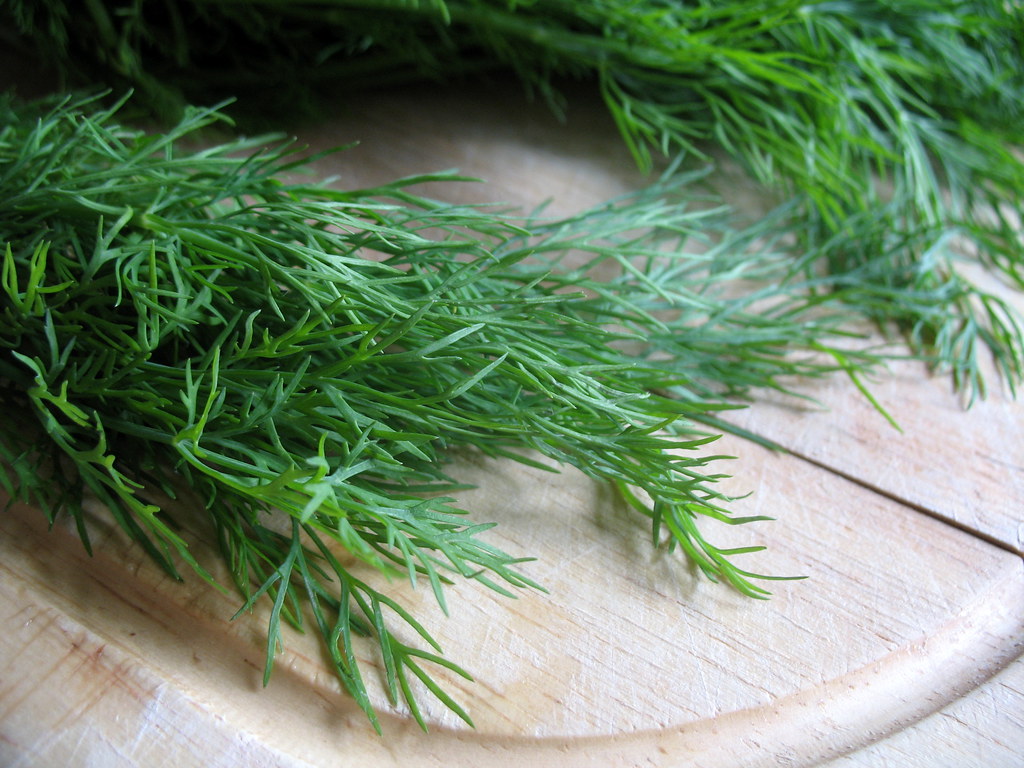 
I call it pretty good. Bombay Emerald Chutney is the name of the family-owned company, and you can find them at Farmers’ Markets, stores, or order their products online (and maybe they’ll be at the next Chile Pepper Fiesta at the Botanical Gardens, slated for sometime in October). If you have a lot of fresh mint and a food processor, you can try out your own version of this mint one, too.

I’d originally planned on adding mayo to the salad once I arrived at my friend’s backyard that night. It was good enough that we didn’t need or want to. Flavor wins over fat!

Combine the chutney, lemon juice, mustard and a couple good pinches of salt and pepper in a small bowl. Whisk in the olive oil; set aside. In a large bowl combine the rest of the ingredients. Toss with the chutney sauce well, cover and refrigerate for at least an hour or up to a day before serving.

Three brownie points: It’s no secret that Indian food is one of the healthiest cuisines, thanks in large part to often replacing copious amounts of fat with copious amounts of spice. Following that principle, this potato salad is a refreshingly light version of the picnic spread staple, having no cholesterol and heart-healthy olive oil in addition to lots of fresh green herbs and veggies.

Eight maple leaves: Summer’s in full-swing, so it’s easy to eat green — tons of fresh veggies, locally grown, are around. Plus, potatoes are so much better when they’re newly harvested in summer and fall, rather than when they’ve been in storage for a long time, as we saw them in late winter and early spring.