Or rather, “Who is Cassoulet?” as George Stephanoulos questioned on ABC when a large banner bearing the word was held above the crowds gathered in Times Square during the station’s election night coverage. The question of cassoulet echoed throughout the world afterward, as the word rose to the top 100 most searched terms in Google on Election Day 2008. I didn’t know what cassoulet was, either, and I completely missed this bit of intrigue at the time. I first heard of cassoulet when it was announced by Jimmy Carbone as the dish to prepare for a cook-off at his restaurant, Jimmy’s No. 43, to benefit the Greenmarket. It takes place tomorrow at noon!

(Update: Here’s how it went down!)


Of course, I’ve never tried to cook a cassoulet, either. (My recipe for the dish I entered into the contest can be found here.) So what is cassoulet, then? It’s a rustic French stew of beans and bits of meat, a comforting peasant dish and pride of the home kitchen. Like casserole, it’s named for the type of dish it’s traditionally cooked in. It turns out the perpetrator of the “Cassoulet” banner was not a diehard cassoulet chef himself, but loved his mom’s cassoulet so much that he told her so through multiple signs he managed to get onscreen during Election Day. (It was for a French comedy show.)

So now that we’re square on what it is, I’m still figuring out how to make it for tomorrow. The only requirement for the cook-off is that sausages purchased from any of the farms that sell at the Greenmarket must be used. So I went to Union Square on Wednesday and stopped at Tamarack Hollow Farms‘ stand. There I picked up a pack of maple pork sausages and a maple and sugar-cured ham hock. Coincidentally, I also ran into one of my five competitors, Melissa, the minute I got there. She was also buying Tamarack Hollow Farms meat for the cook-off! I think she’s copying me on the ham hocks, too… 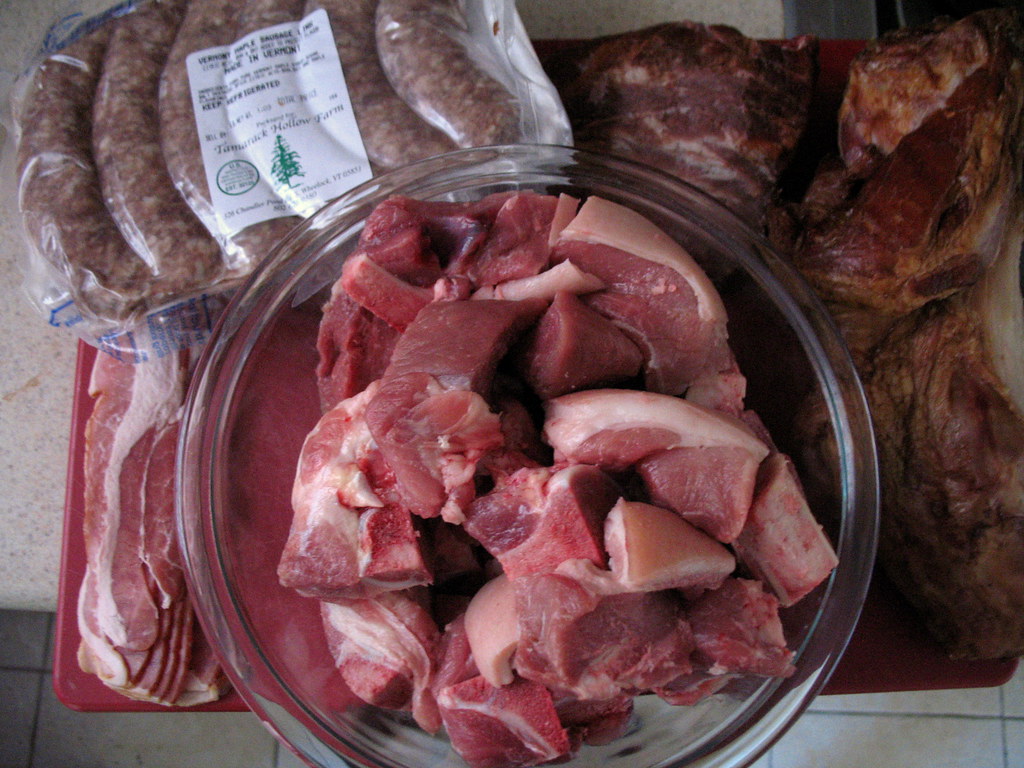 the greatest porcine gathering at my counter since the time I made pork pàté: bacon, pork sausages, pork shoulder, ham hocks


Anyway, while I soak, sear and simmer away, I hope you’ll plan to join us tomorrow for a hearty winter lunch. The cook-off begins at 12pm at Jimmy’s No. 43, in the East Village, and your $20 donation to the Greenmarket at the door will get you all the homemade (and chef-made, looking at some of the contestants — yikes!) cassoulet you can eat. My cassoulet, I’ve just decided, will be based on apple: apple cider, some chunky apple compote I have in the freezer from previous apple escapades, and lots and lots of pork! I’ll call it Pommes de Porc. The recipe will be posted on this blog shortly after the event — it still exists only in fantasy. Which means I should probably get back to cooking.

Vegetarians: I’m told that one cook-off chef will be making a vegetarian cassoulet, so don’t be shy! 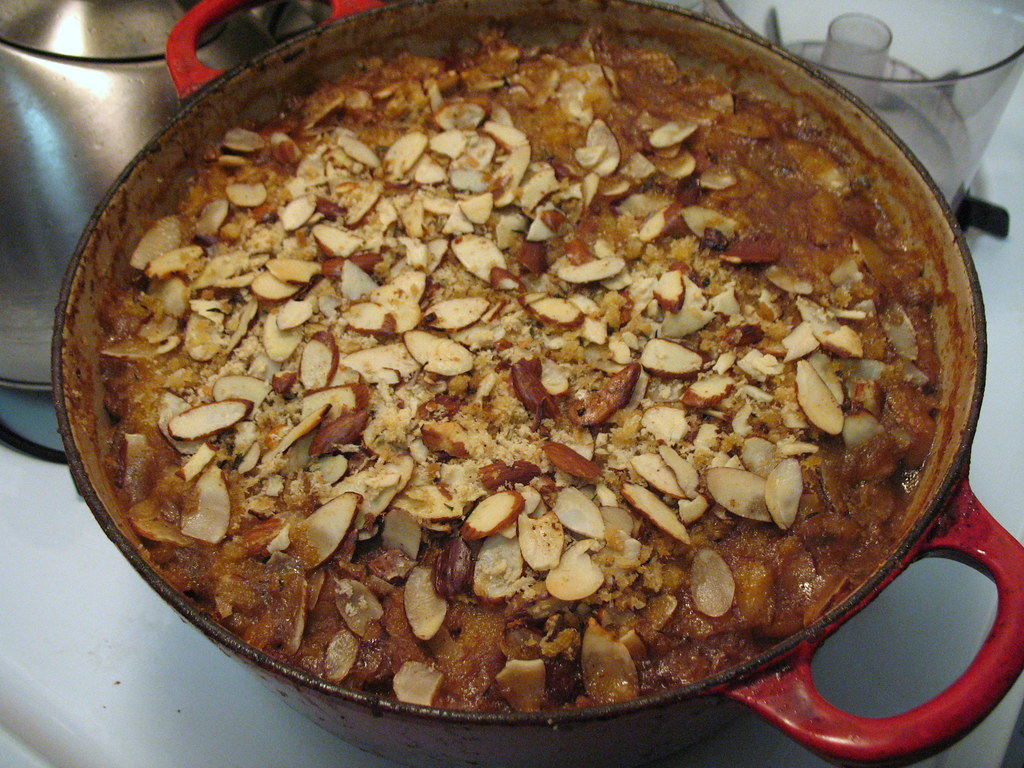