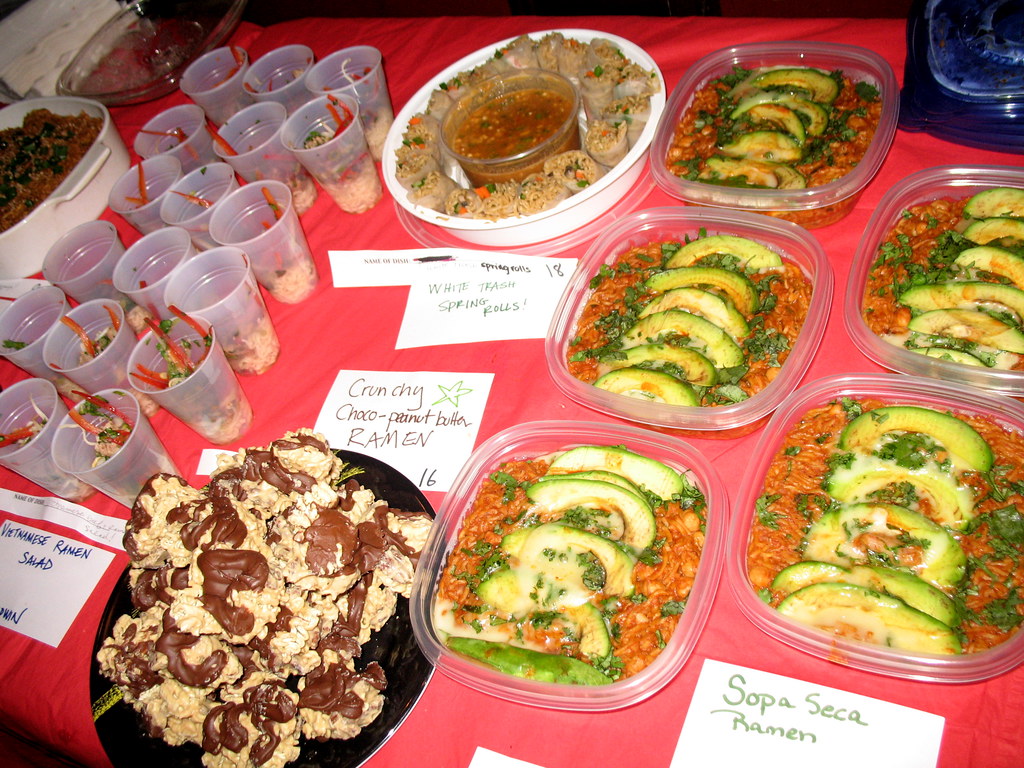 Last year it was the Bodega Challenge, this year it was the instant Ramen-Off, I swear, Harry and Taylor of The Brooklyn Kitchen have a thing for bringing out the best in the worst of foods. Perhaps terrified that I would endanger this reputation by bringing in something awful (i.e. my bodega-inspired Potato Chips au Gratin), they named me judge for this year’s Ramen-Off, held in celebration of the two-year anniversary of the independent kitchen store. Mission accomplished, if so.


Not a lot of people might guess that a foodstuff of such modest intentions would inspire twenty-one completely different cook-off entries. There were so many desserts among them we had to create two separate categories, one for “sweet” and one for “savory.” There were so many different cuisines represented on the table I kind of wished there had been one for “Asian” and another for “doesn’t exist anywhere on the known universe,” too. Finally, as a nerve-wracked but hopeful judge and eater of said creations, I was truly elated to find that they were all pretty tasty, incorporating fresh, far-ranging ingredients tangled up in those curly strands every whichway. I only wish this guy had still been around to see it. 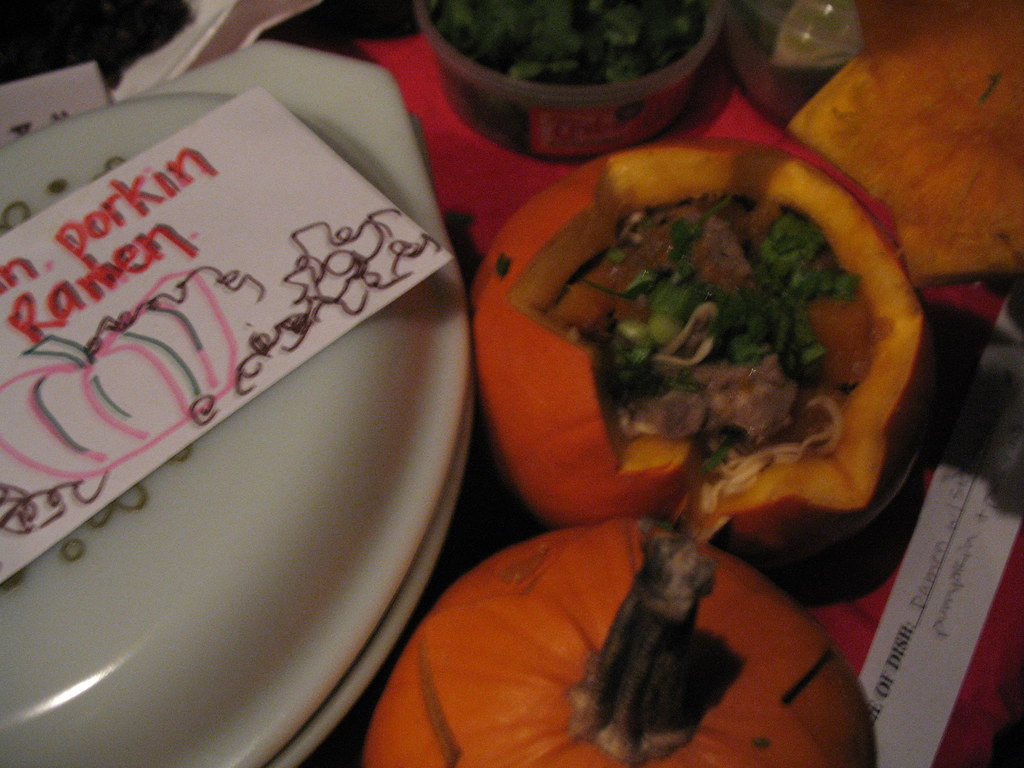 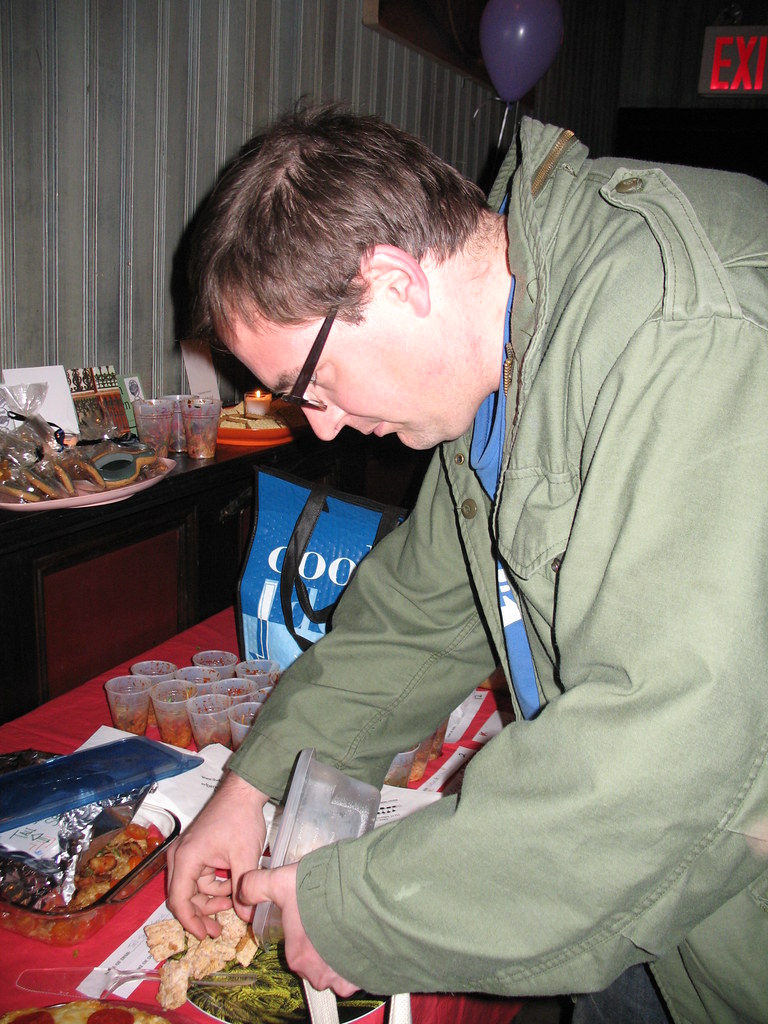 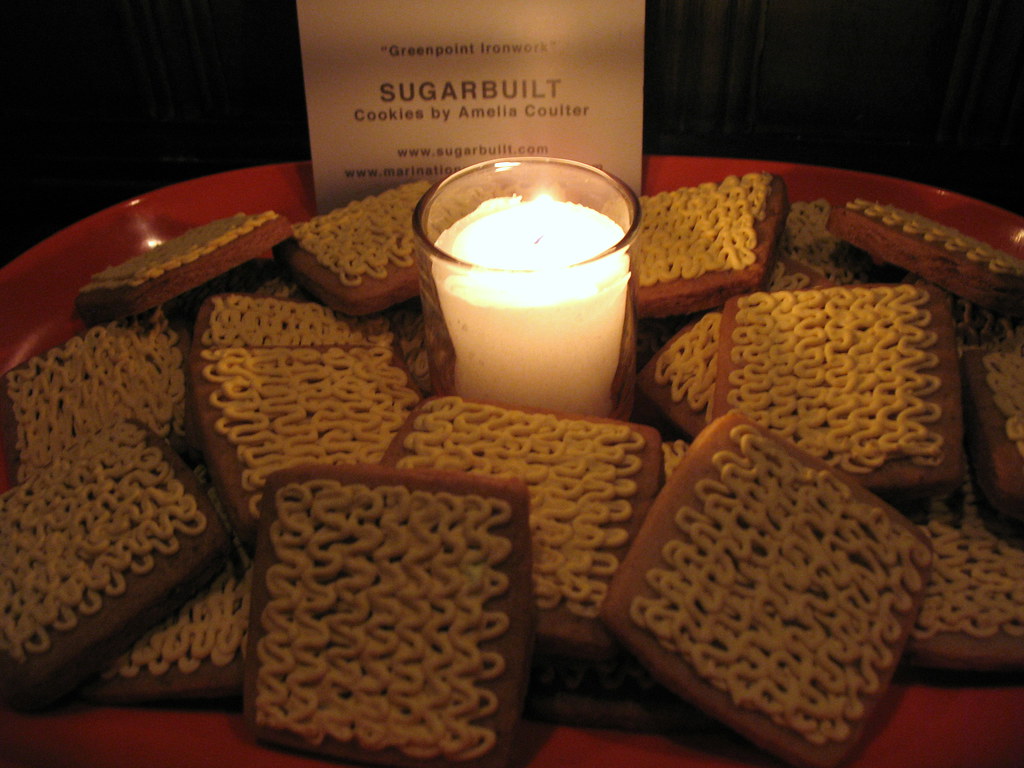 I joined a panel of judges that included chef Sunny Bang (formerly of Craft) and Peter Erkkinen, Taylor’s dad. Together, we scooped, slurped, chomped and crunched our way through the ever-mischievous home chefs’ takes on ramen. In the end, two of the three that we chose as the winners of the “Savory” category were fairly classic Asian dishes: in third place, Judy’s fermented chili paste-coated Bibim Guksu, and in second place, Melissa’s pitch-perfect take on Thai Kao Soy noodle soup (which also won first place in the audience-voted favorite). Trumping them both, though, was a Vietnamese-style beef and noodle salad, created by this clever fellow below. 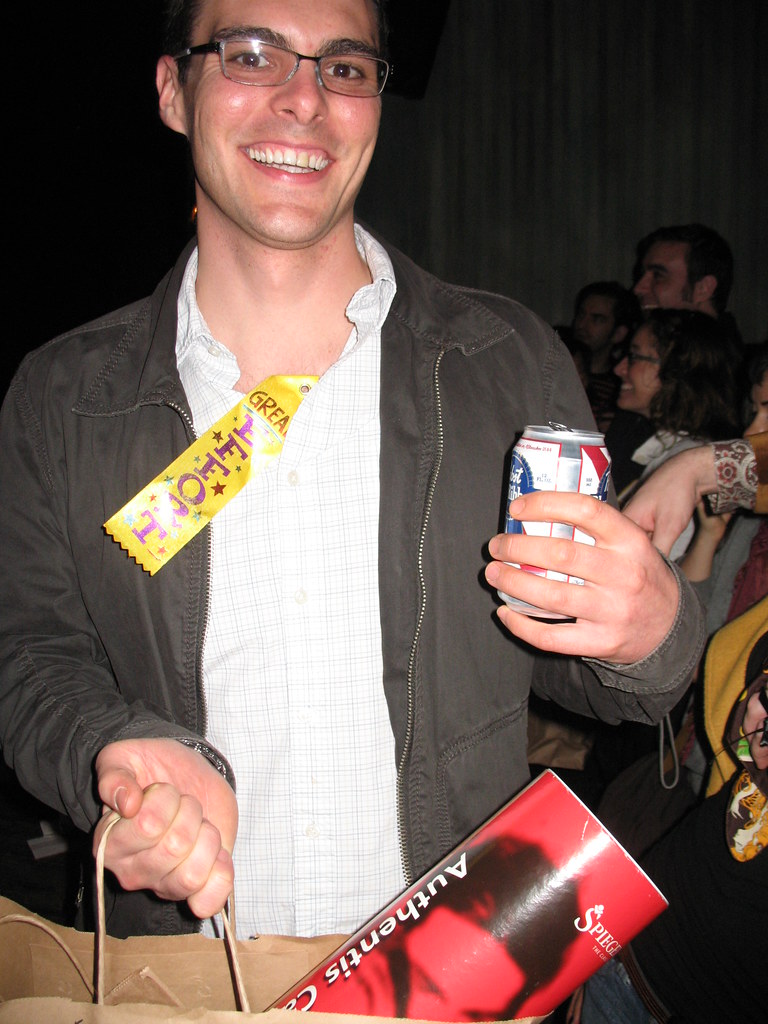 the first-place winner in the savory category

Onto the sweet category, there was not a single doubt amongst us judges that the most awe-inspiring dessert was a creamy square of cooked pears, creme anglaise and Bourbon-infused caramel impeccably layered with the soft-cooked noodles, which only provided an intriguing bit of texture. The second place in “sweet” went to some delightfully crunchy, nutty “Ramen Haystacks,” the recipe for which is now available online. 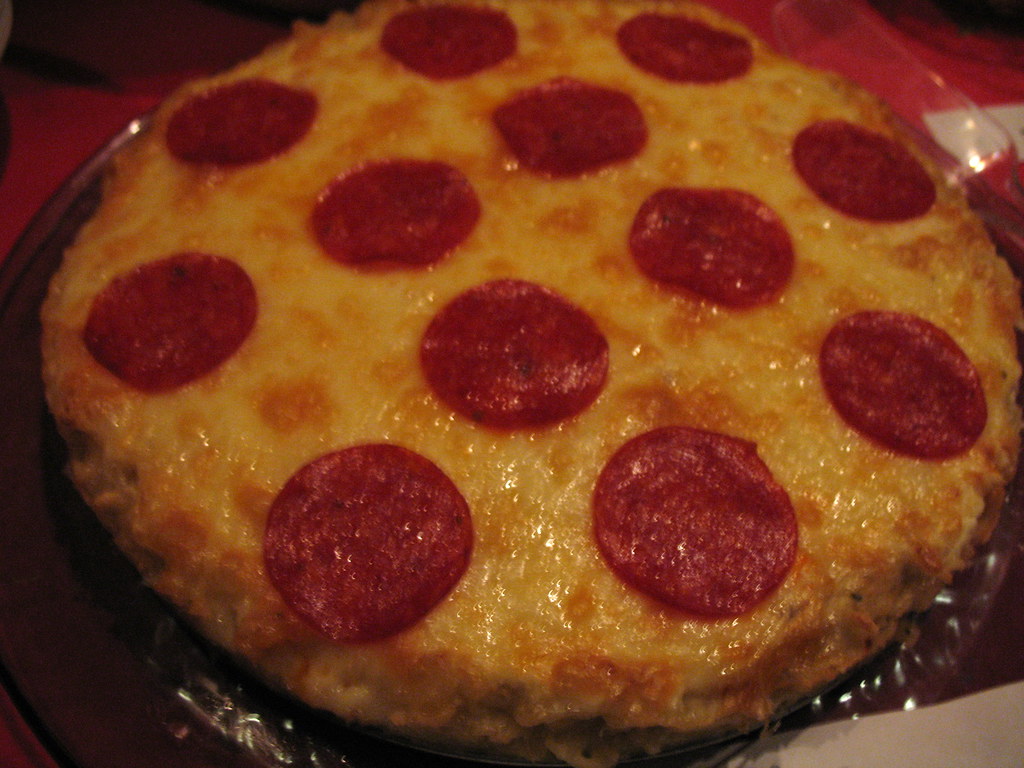 For the final prize, we had to name a special category for “Most Creative.” This award went to Karol for her pepperoni pizza-inspired ramen pie. It tasted pretty much as good as it looks — which is to say, like a cheesy wheel of deep-dish, pepperoni-topped pizza, with a strangely yet pleasantly soggy crust made of coiled ramen noodles. Wondering how in the heck she produced it? I’ve got the scoop — see her recipe below.

That’s it for Part 1 of my weekend saga of serving as judge for two separate cook-offs, two nights in a row. This girl needs to take a break.

Next up: The winning recipe and recap of the Casserole Party!

1. Preheat oven to 425.
2. In a large pot, boil water, and add Ramen noodles for 2-3 minutes. Drain and set aside.
3. In a large pot, heat olive oil and add garlic and red pepper flakes for 1 minute. Remove from heat, and add Ramen noodles, Parmigiano-Reggiano, and oregano. Toss, and transfer noodles into a buttered 10.25″ springform pan. Spread noodles out evenly to create the crust of the pizza.
4. Whisk eggs with cream and spice packet, and pour evenly over the noodles.
5. Place the pan in the oven, and bake for approximately 5 minutes. Meanwhile, season the ricotta with nutmeg, salt, and pepper.
6. Remove pan from oven, and spread ricotta evenly over the noodles. Sprinkle the Fontina cheese on top of the ricotta, and return the pan to the oven.
7. Broil for 10-15 minutes, or until the cheese has melted and just begins to brown.
8. Remove from oven and arrange pepperoni slices.
9. Remove the sides of the springform pan. Cut pizza into wedges and serve.