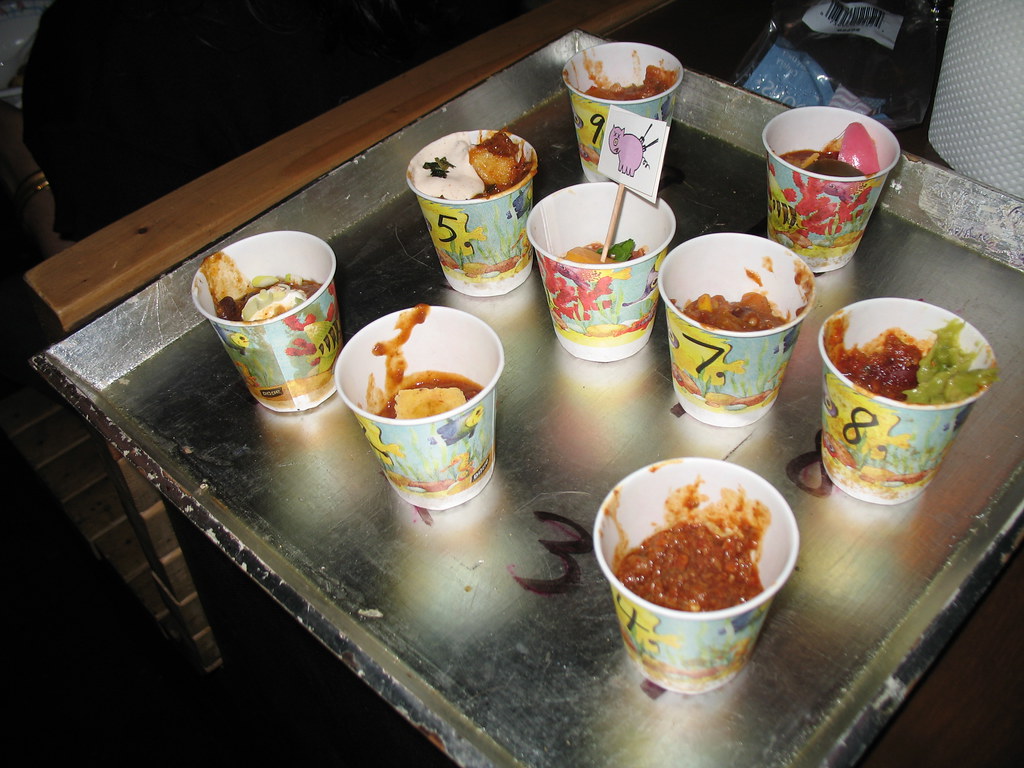 I don’t have a recipe to share from this year’s winner of the Brooklyn Underground Chili Extravaganza (BRUCE). But I have two words that could change your future chili-making extravaganzas for life: coconut milk and duck. These unlikely ingredients were paired by local (and contestant of past local chili cook-offs) Greg Erskine in a top-secret chili recipe that took the trophy at the event’s fourth annual enactment at Barcade. I’ll leave you (and me) to imagine the possibilities from there.

By all accounts, this year’s crop of ten amateur-made chilis was the most varied and inventive yet. As I was not a judge (and thus free to dampen my palate at the bar), I can’t exactly tell you the extent to this. Like the Great Hot Dog Cook-Off, judges at BRUCE were chosen from the audience by a random drawing. But unlike any other cook-off I’ve seen, a random drawing also dictated who the contenders would be, to keep the line-up limited to ten entries. Only the previous year’s top winner was guaranteed a spot to compete; those who tirelessly put their names in a box at the bar in the weeks leading up to the cook-off could hope to be lucky enough to make a big pot of chili the day of. Naturally, these enthusiasts included my friend Karol. (Yours truly was a little too pooped from a two-day pig roast this weekend.) 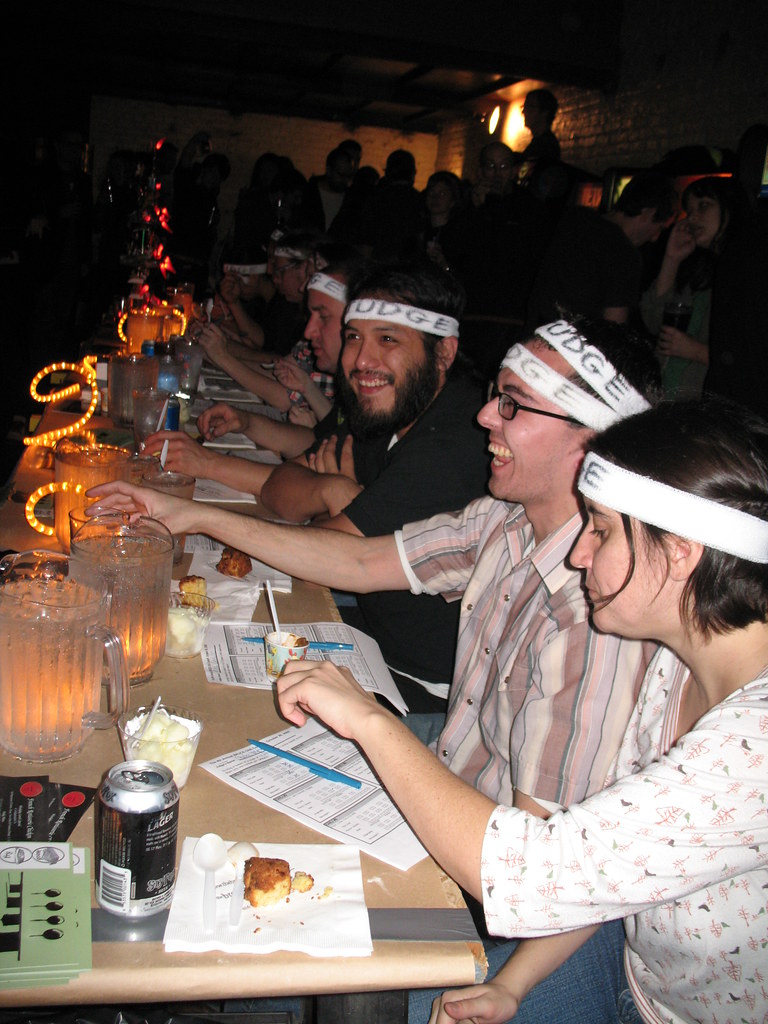 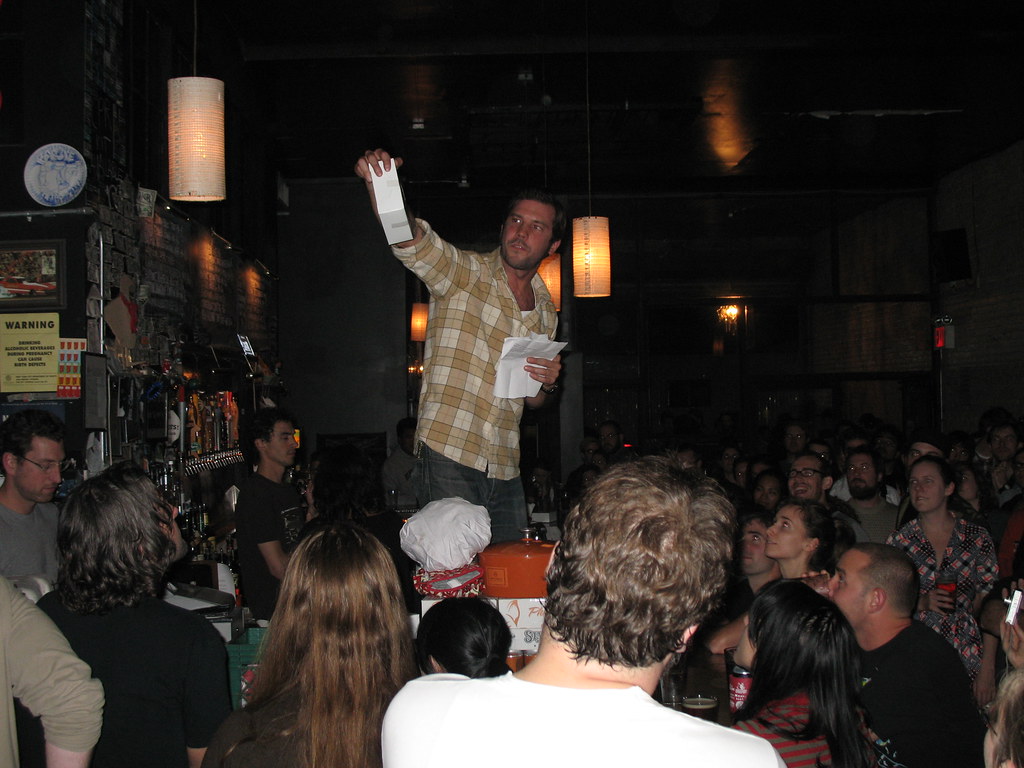 the results are announced 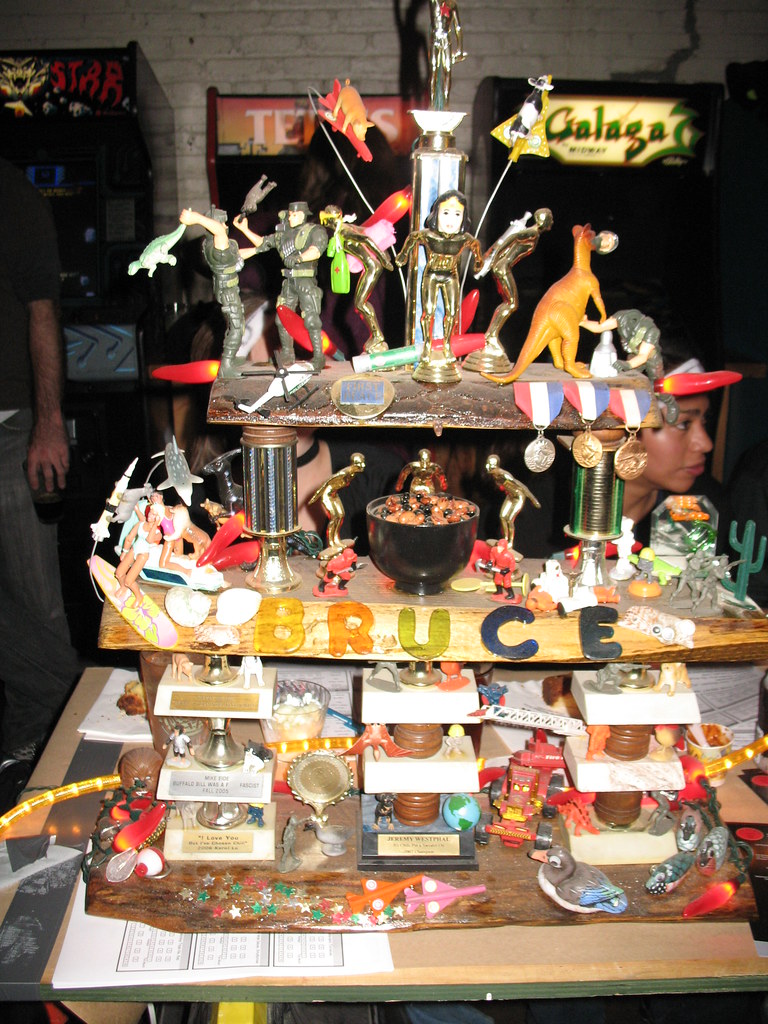 Had Barcade not set a cap on contestants, I’m sure there would have been buckets of chili flowing down Union Street. The Sunday night headcount at the popular Williamsburg destination was enough to rival, well, its Saturday night, 12am crowd — and crush-wise, it was surely on par with the home baking-happy hipsters at Enid’s apple pie contest last week. Strategically, I positioned myself close to the crock pots of chili, where the contestants were hanging out. So when the judges were finished scoring and the bartender yelled, “GO!” I was able to hurdle through the benches just ahead of the oncoming tidal wave of hungry bar-goers and scoop myself a bowl full of ten different chilis. I feel lucky to be alive. (This is why I can’t really discern all the chilis from one another; the mixture of all ten, however, was probably the best freaking bowl I’ve tasted in my life.) 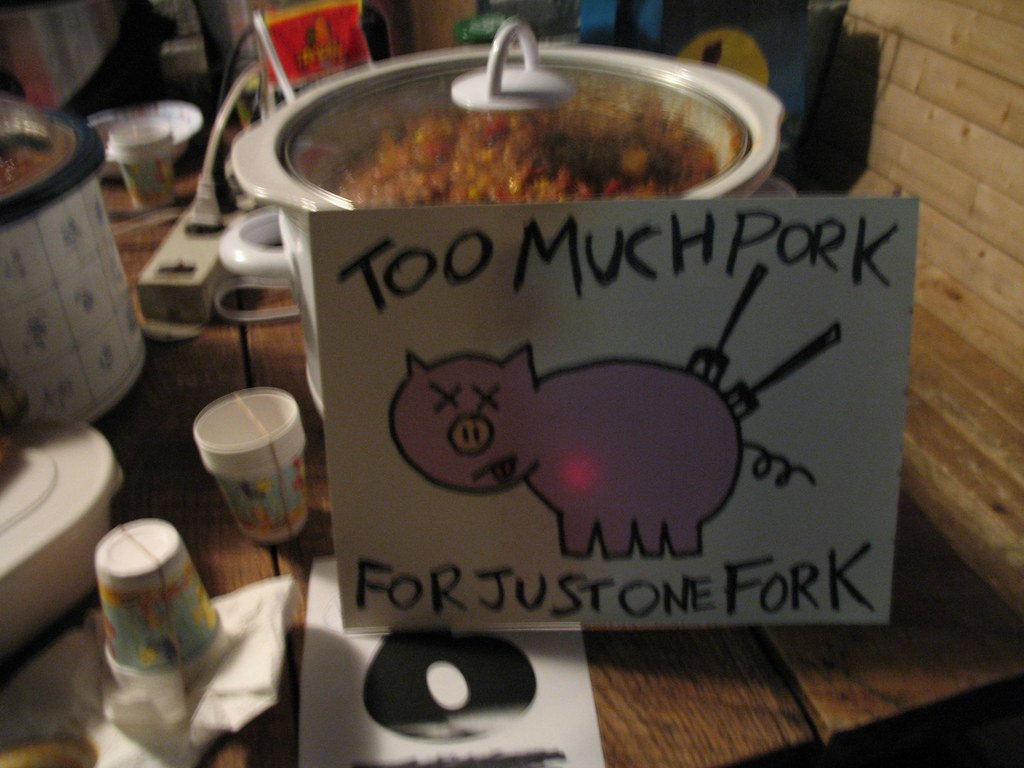 this chili’s name didn’t quite cut it

Also example of the event’s uniqueness was how much the judges took the names of each chili to heart. A chili by the name of The Big Fartkowski was given honorable mention as the entry that would have won a tie-breaker for first place on merit of its name. Reflecting the intense election countdown there were three chilis with a political stance: Barack Obama, and I Approve of This Chili, one called Chili For Americans, By Americans, and For Americans, and another that took a stab at John McCain but I can’t rightly recall it. (Winner Greg’s chili was called The Handsome Barnyard (No Furry), which I don’t think I get… ) Talking to one of the judges post-judging, I learned that she had appreciated Karol’s chili name, Emperor Tomato Chili, a riff on an album by Stereolab. Oh, pop culture references — Williamsburg did not disappoint on this behalf! (So much so, in fact, that I still have no idea what I ate. Touche.) 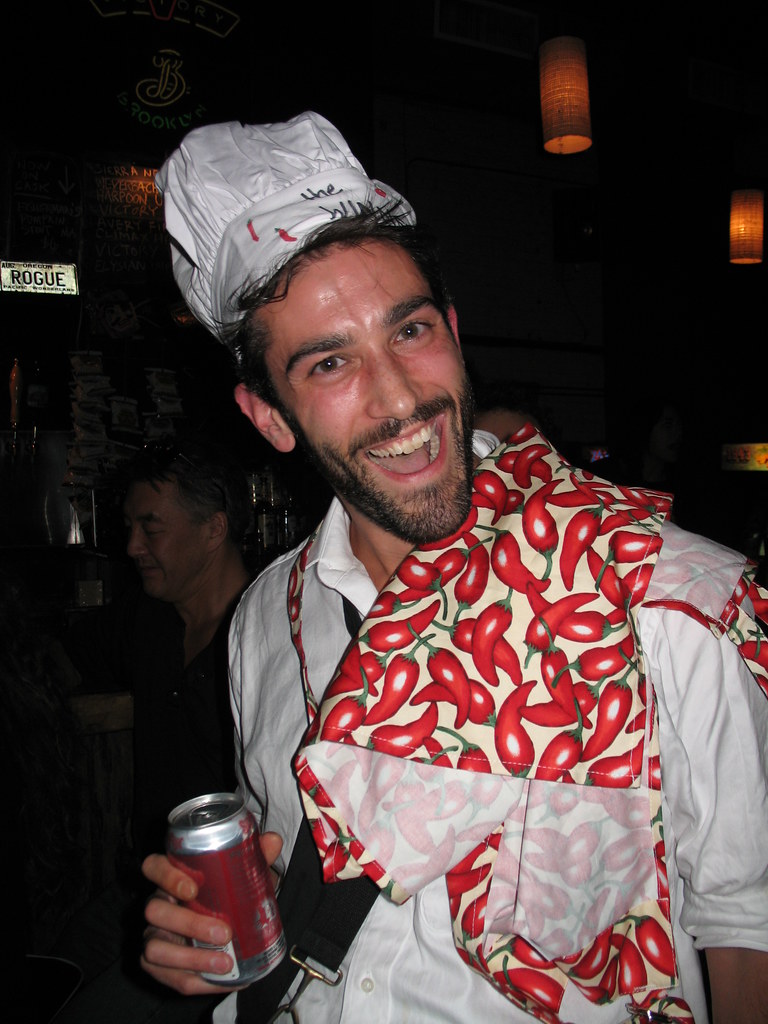