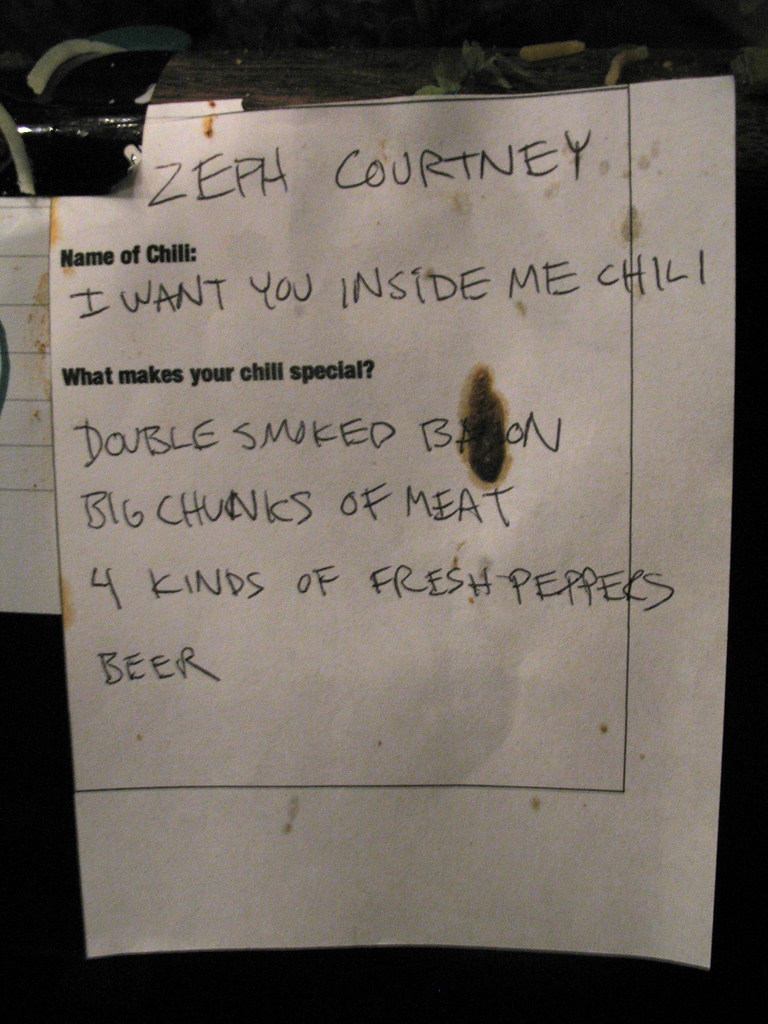 What you’re looking at is the title card for the first-place judge’s choice chili of the latest Brooklyn Chili Takedown, made by first-time cook-off contestant Zeph Courtney. With a dark, earthy flavor and thick, rich sauce surrounding golf ball-sized hunks of beef, it’s as in-your-face as its name suggests. And below, exclusive to this blog – I think – is the winning recipe for it.


The Chili Takedown made its return to Brooklyn on Sunday, where it all began in 2006. Since then, the event and its offshoots like the Fondue Takedown have been held in Manhattan joints, but based on the throngs of hungry chili eaters and makers who came out to Union Pool yesterday, I’m going to make a prediction that it’s here to stay. Whatever happened this time around, it was major. There were two gallons each of the twenty-three chilis in competition, free for the tasting for all those who attended. And there were only around 170 people in total – far more than could fit in the back room of the bar and music venue. Half the crowd spilled out into the cloudy courtyard throughout the afternoon. It was by far the biggest Takedown in its history. 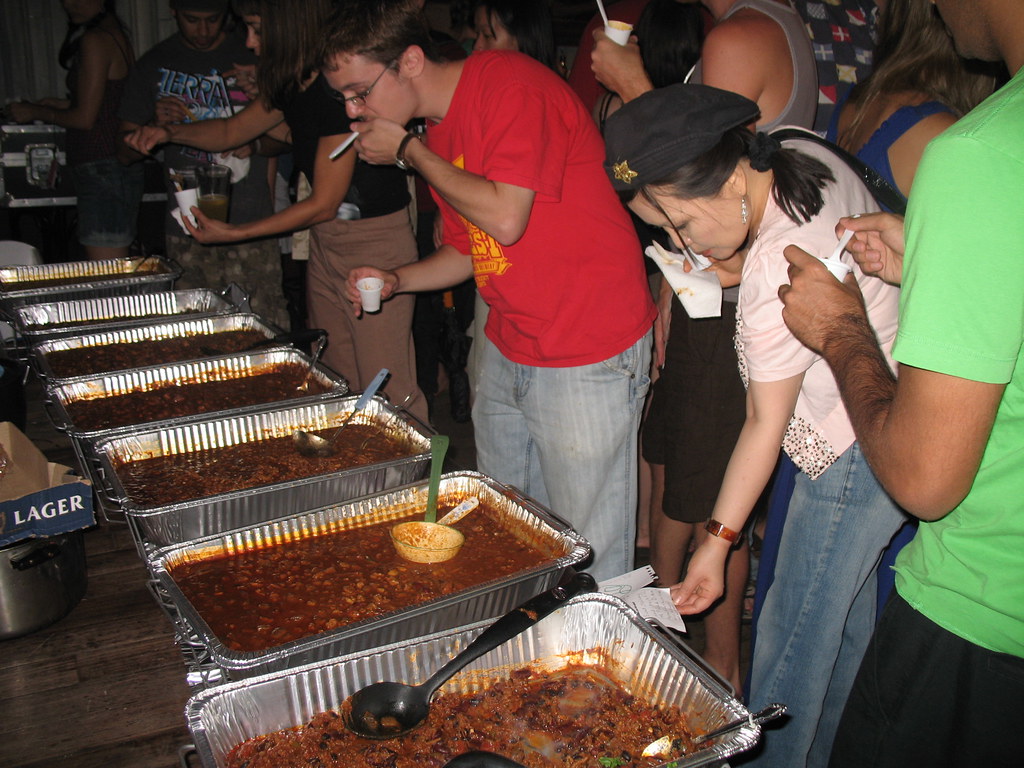 the tasting session in full swing 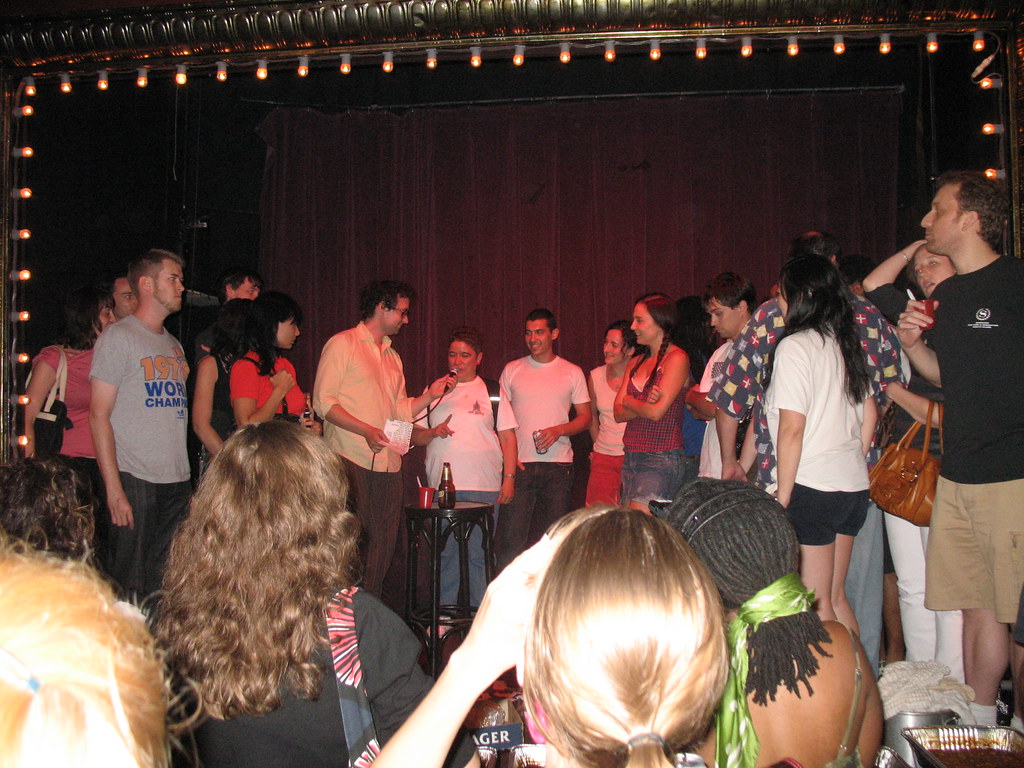 the chefs squeeze onstage to introduce their chilis

I didn’t make one of these twenty-three batches of chili, however. By sheer luck of acquaintance, I got myself promoted from chili loser to chili judge. In this role, I was joined by the esteemed company of Tom Mylan, butcher for Diner and Marlow & Sons, the Grocery Guy, and co-founder of the Unfancy Food Show; Camille Becerra, executive chef and owner of Paloma and former Top Chef Season 3 contestant; and this Takedown’s co-host and meaty memoirist, Scott Gold (author of The Shameless Carnivore). Though I’m not sure how much I could have brought to the table with this team of experts on hand, I had a terrific time discussing the day’s chilis with them. It was my first time meeting Camille, too, and she couldn’t have been more friendly and sweet (and she didn’t spite me in the least that I haven’t been to Paloma yet… ). 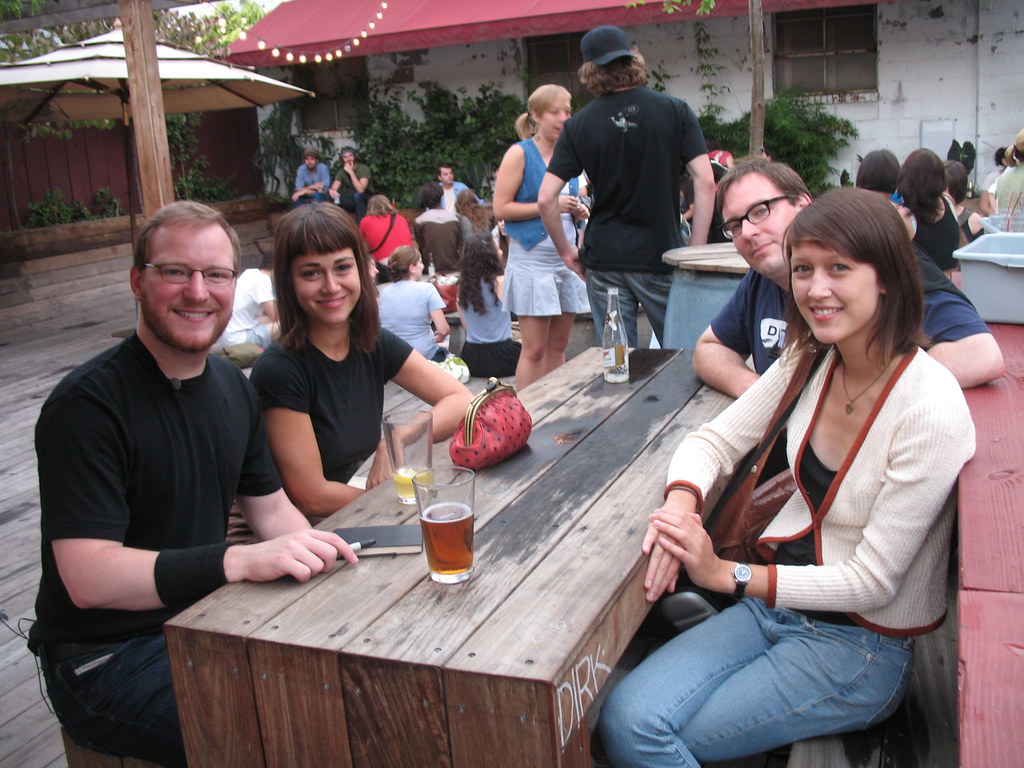 Now, I’m not going to lie – my vote for the best chili of the night had been in favor of Natalie Herling’s rustic clay pot-simmered “Aztec Fire” chili, with its complex and oh-so-smoky chipotle base and tasty cornbread on the side in addition to helpings of cilantro and sour cream. (Zeph’s chili was no slacker in the side garnish department either, with sour cream, fresh scallions and cilantro for the sprinkling.) But my esteemed co-judges also liked this one enough that Becky received a second-place mention and a prize apron, gratis of the nearby Brooklyn Kitchen. In fact, there were many other chilis that we all agreed were spectacular. I’ve tasted a lot of chilis in my time, but never so many that were so good in one sitting (or rather, standing and pushing about). As trite as it sounds, it was a difficult decision. 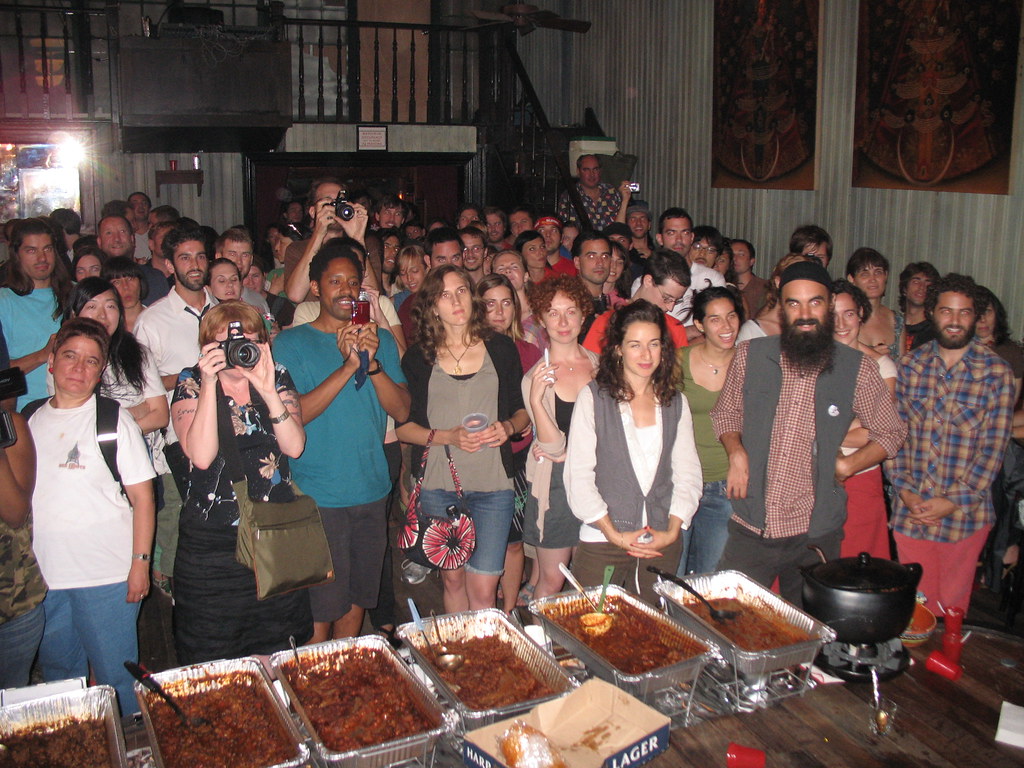 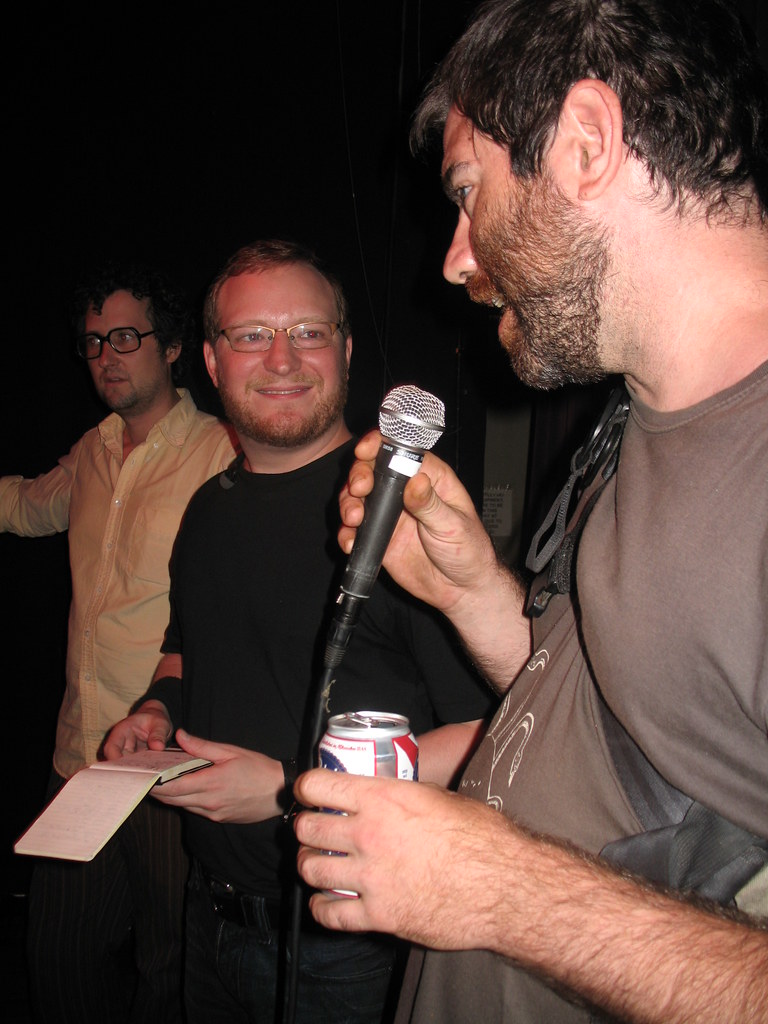 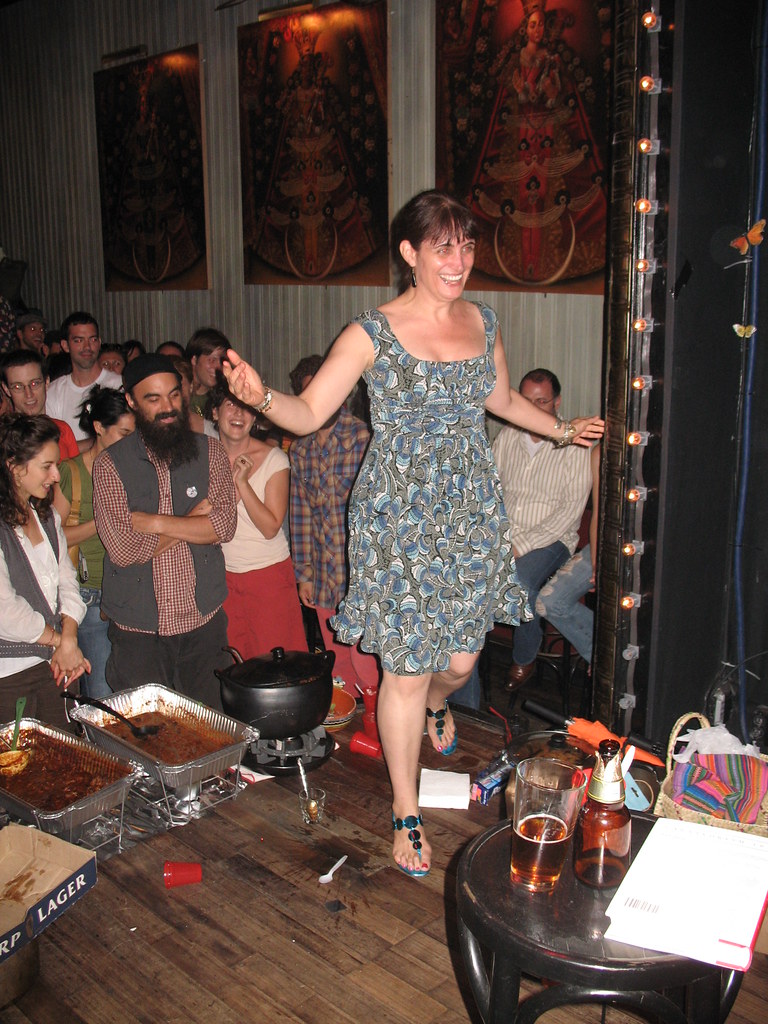 But for the second award of the event, the People’s Choice award, we could sit back and relax. The crowd ultimately voted Becky MacGregor’s chili as their favorite, which was satisfyingly smoky and studded with big pieces of barbecued beef brisket instead of your average stew meat.

Let’s talk a bit about the trends. Because apparently two Brooklyn chili minds can think alike – or at least when you’re comparing twenty-three of them.

Tequila – A few chefs took to this bottle on Sunday, to varying degrees of success, in my opinion, but the flavor was overall distinctive. There was an overwhelming Southern-ness to the chili entries as a whole, too. Cornbread wasn’t served on the side with only one chili in the contest – and no one was asked bring anything else but their chili! Gotta love that hospitality.

Big Chunks of Meat – Obviously, a lot of folks were aiming to impress the Shameless Carnivore in all of us, with big, toothsome slabs of beef or pork featured in at least half a dozen. A twist on classic pulled pork was the theme of one chili, which had plentiful shreds of pork that tasted like it had been slow-cooked forever. But most surprising to me was the presence of not one but two beef brisket-based chilis (including the People’s Choice award winner). I’m talking big chunks of falling-apart brisket, which anyone would have been happy to eat on its own. Brisket chili – a Brooklyn innovation?

Beer – Beer goes great with chili, but it’s also great in chili, too. It’s funny, I don’t think I saw any cards that said their chili had wine. And what types of beer? I learned back in ’06 that a pumpkin-flavored ale tastes mighty good simmered into a vegetarian chili. In Zeph’s winning chili recipe, he recommends Modelo Especial. This is a pale, uninteresting lager with little to no hoppiness, and I still have to wonder why Zeph instructs it to be flat (wanna chime in here?). Perhaps less is more when it comes to a beer’s flavor if you’re going to cook it into your chili. I’d love to hear what other chili chefs who used beer might have to say. (Or maybe it’s “cheaper is more, meaning less money spent on beer that I’m not directly drinking” instead.)

Bacon – We covered the meatiness of this competition, but bacon provided the flavor backbone in many of the chilis, chunky or ground. Surprised? Me neither. 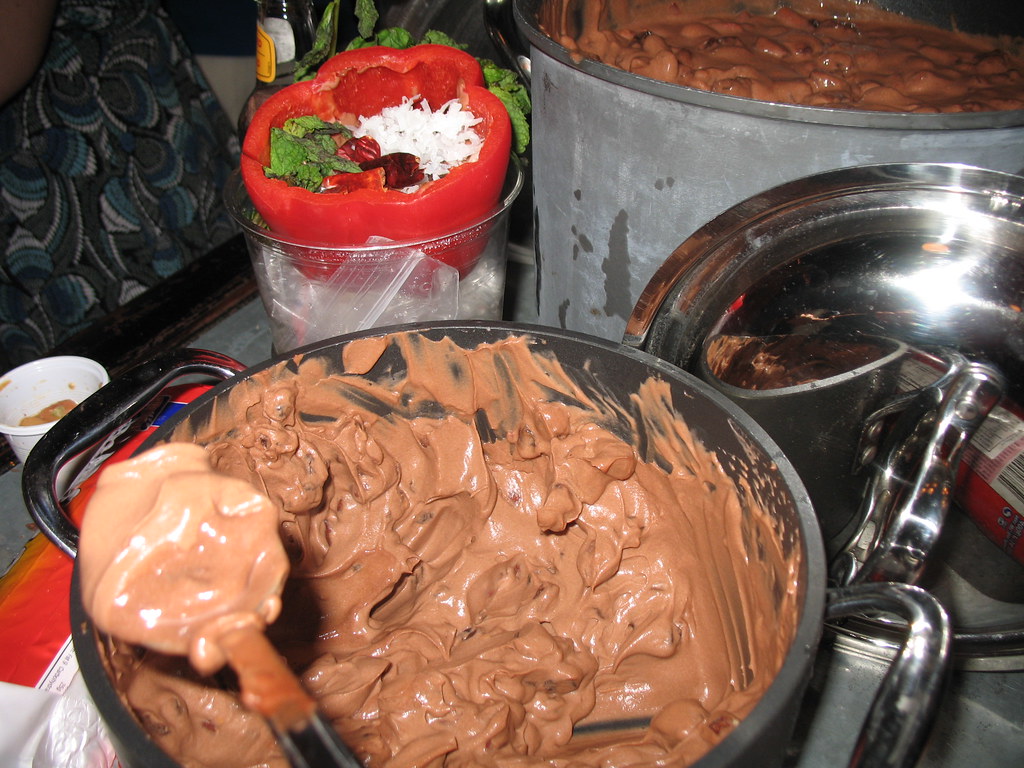 a wildcard! This “dessert” chili was a chocolately cream served with biscuits for dipping

Chipotle – Smoked jalapeno peppers are no surprise when it comes to chili, either. It should never be, in my opinion.

Freshness – Seasonal produce was a hot ticket, thanks to the contest’s late-summer setting. I got a big chunk of mushrooms in one or two chilis, overheard the use of fresh apricots in another, and a fellow eater remarked to me that he loved the fact that corn was in so many of them. The team “Jane and the Kansas City Corn Rows” (consisting of the lovelies Nora, Andrea and Jane) made their chili using all fresh tomatoes and veggies along with turkey sausage and pork, and served it with fresh corn salsa, home-fried tortilla strips and herbed sour cream. This “Summertime” chili received second place in the People’s Choice category — a stark contrast from the denser, meatier winners. There were actually quite a lot of vegetarian chilis this time around, too. But alas, magic didn’t strike again for the veggie chili-making contingent, and past Takedown champions Shana and David’s tangy agave nectar-infused vegetarian chili went overlooked in both categories. 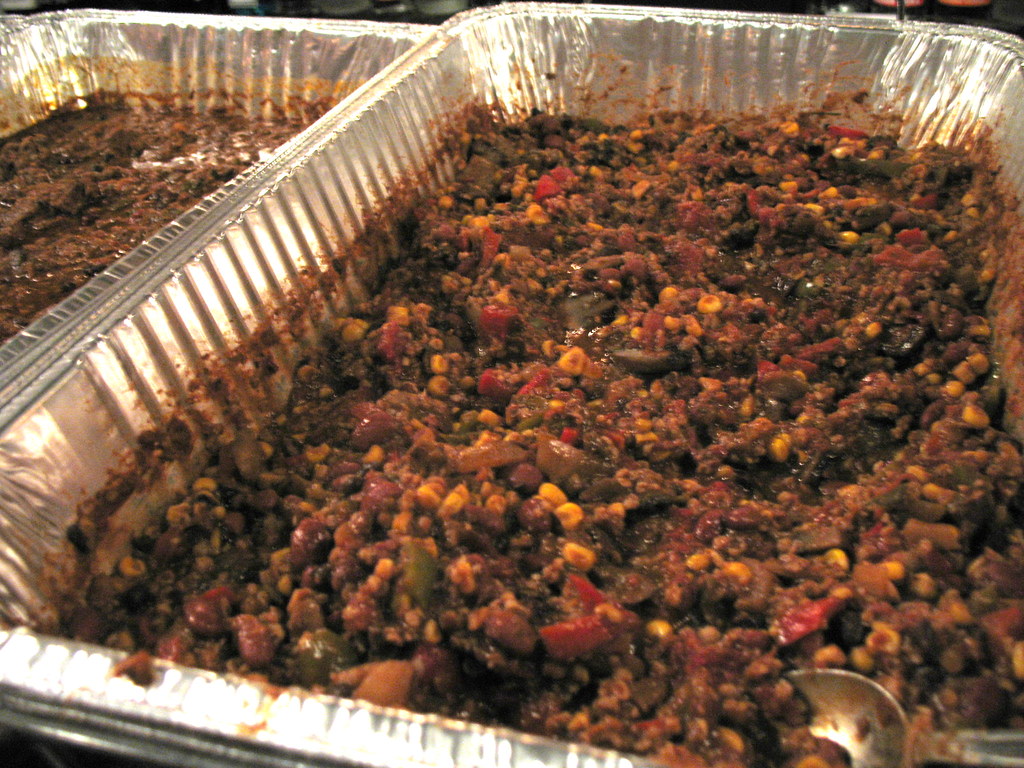 Ethnic-ness – Despite all this talk about Southern flavor, there was indeed an Indian-influenced chili, a Thai-inspired chili, and a Polish chili replete with kielbasa. I’m not sure if that’s enough to make this a trend, but it was certainly fun to see which cuisines people thought might translate well into chili.

I think it’s pretty clear why Zeph’s chili won the judges over in the end. His had four of the things on this hit list, the chunks making a big initial impression. And who doesn’t like it when chefs go the extra mile and bring a little garnish? So without further do, here, thanks to Zeph, is his handcrafted recipe. If you want it inside you, too. 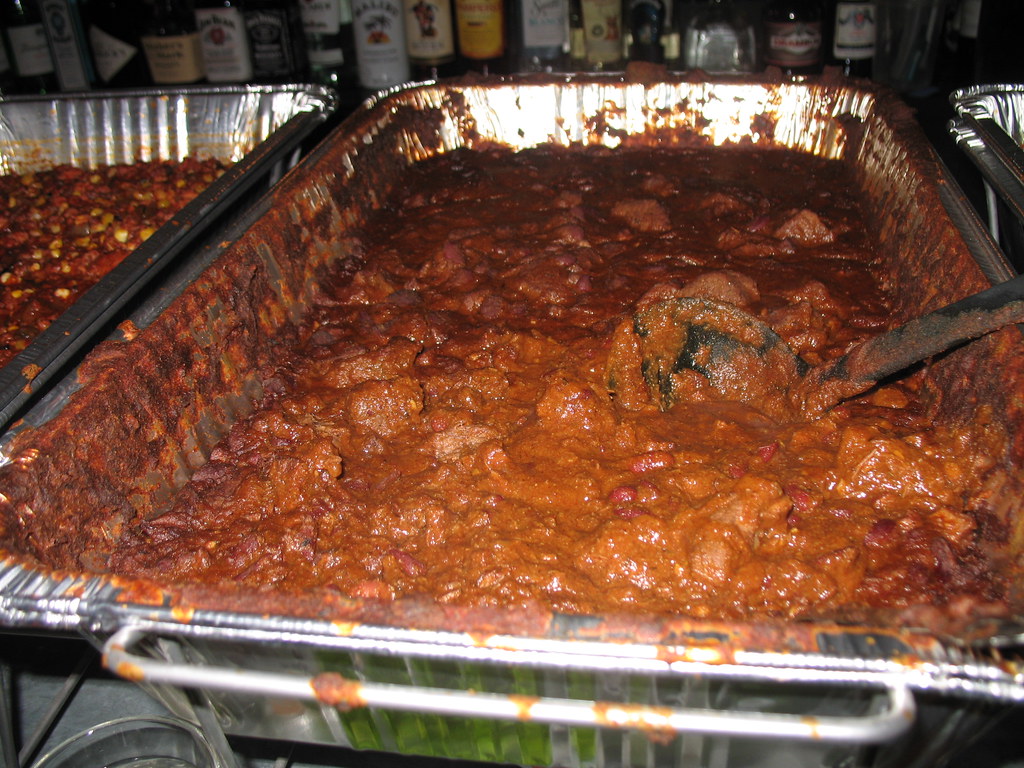 the chunky chili that could

I Want You Inside Me Chili
(makes 6-8 Servings)

Cube beef and coat with spice rub 24 hours in advance of cooking.

Cut the bacon into 1/4 inch cubes and fry in a large heavy pan until the fat is rendered but the bacon is not crispy. Remove the bacon and set aside.

Brown beef on all sides in the bacon fat. You’ll probably have to do this in batches. Set beef aside with the bacon.

Allow some of the moisture from the beef to cook off (3 to 5 minutes).

Add the beef and bacon with the beer and coffee. Add the chili peppers, halved and de-seeded, wrapped in a cheesecloth and tied with kitchen string.