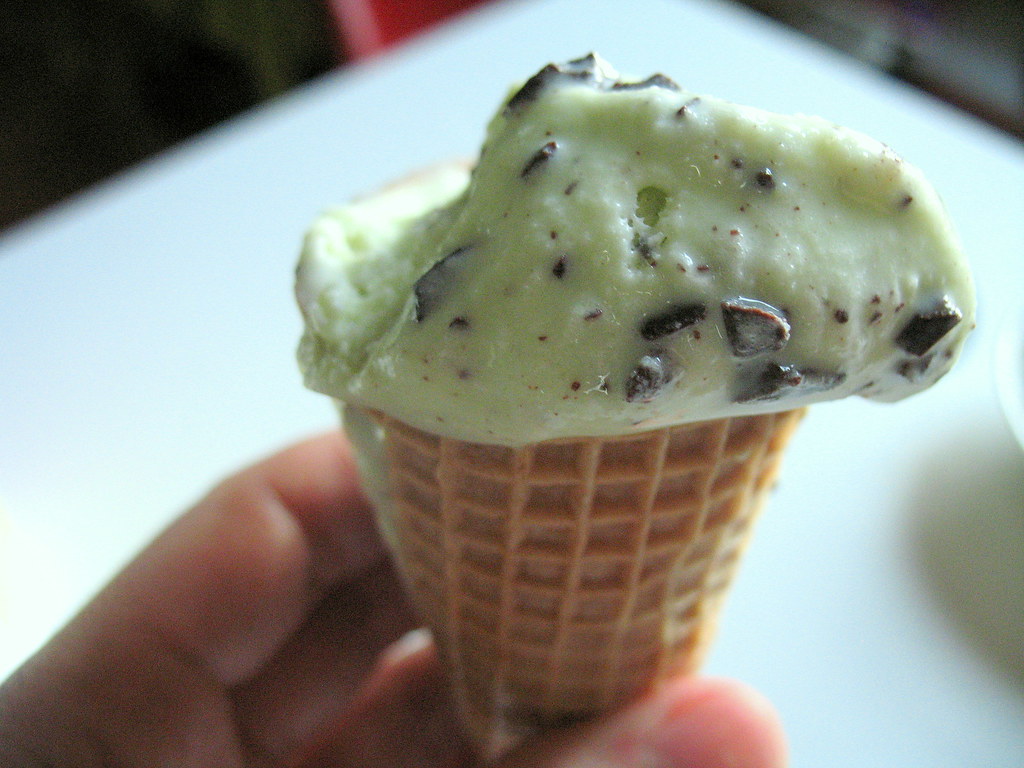 This is what I’ve been having for dinner lately. I don’t have an air conditioner and don’t see the point much when I can dip into a carton of homemade ice cream every once in a while. It does much more than cool the physical senses. It soothes and elates, bringing me back to the emotional state of being on a class trip in kindergarten, when every kid lined up at the local ice cream parlor and ordered the same thing: mint chocolate chip in a sugar cone. (Ever have a similar experience?) Some of them were following the fad, for sure, jumping on the bandwagon at that impressionable age. Though few, if any, would regret doing so.


These days the adult palate might do without the edible cup, but not the all-age/gender encompassing flavor.

“Oh, just get me mint chip,” said my aunt ten years later, settling onto a bench at a Baskin Robbins with a wave of her hand, as if it were too ridiculous to get up and contemplate any of the other 30 flavors behind the glass case. 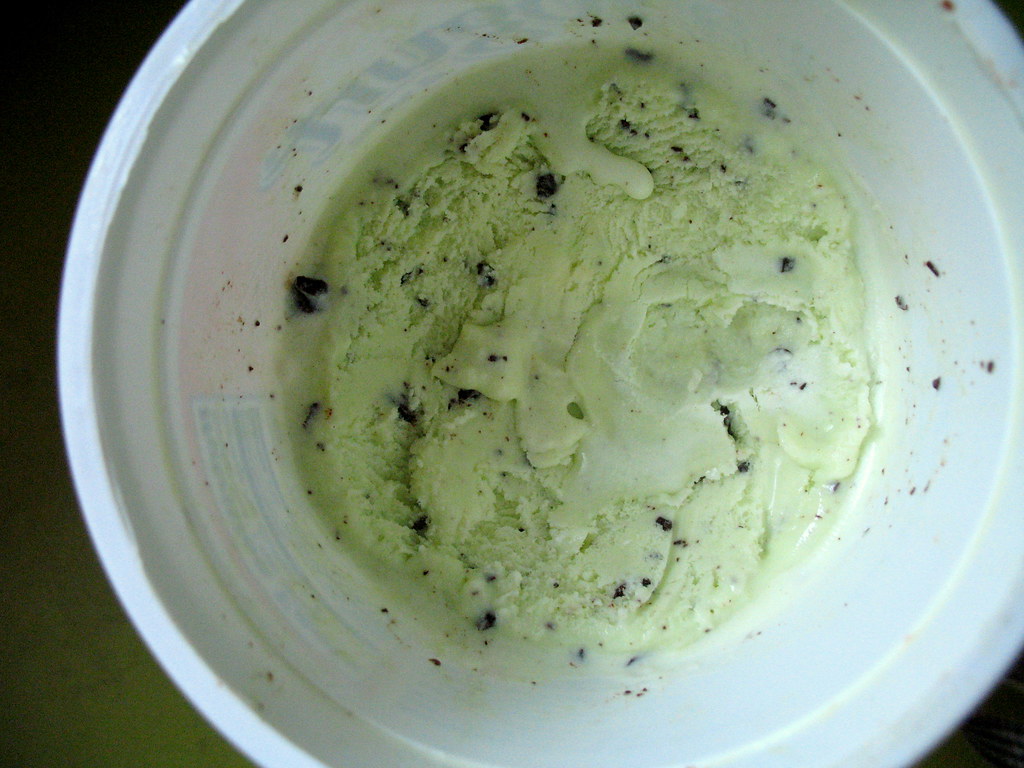 Mint chocolate chip ice cream is an anomaly among favorite American foods. It doesn’t appear to stem from anything and it hasn’t spurned anything like it, either (well, not including my recent homage to it in cupcake form). From its lofty place in flavor preferences, it stands alone. I don’t see mint-flavored panna cotta being made, or green mint syrup being squeezed into milk and stirred with a straw by the Quik bunny. I don’t even see mint-flavored yogurt, though you wouldn’t think it would be too strange when the yogurt industry has forged cheesecake and orange creamsicle flavors in its oeuvre.

And yet, everybody loves mint chip ice cream. I know people who say they don’t like mint but like it. Would we even call the pastel shade of green “mint” if it weren’t for this ice cream flavor? I doubt it – mint leaves aren’t this color.

Dare I mention that Timothy McVeigh requested two pints of it as his last meal?

What is this all leading up to, you might be wondering by this point? That our brains have been planted with an alien chip programmed to love mint chip unconditionally, and without reason? No. That I’ve got to figure out just how to make it the right way at home. 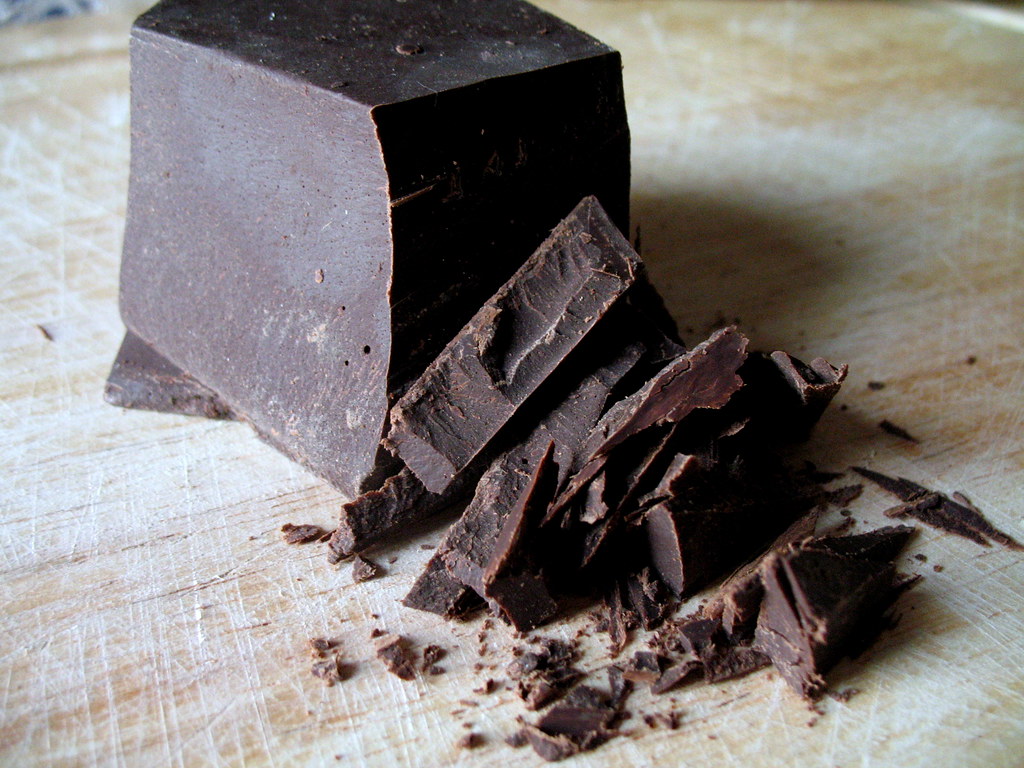 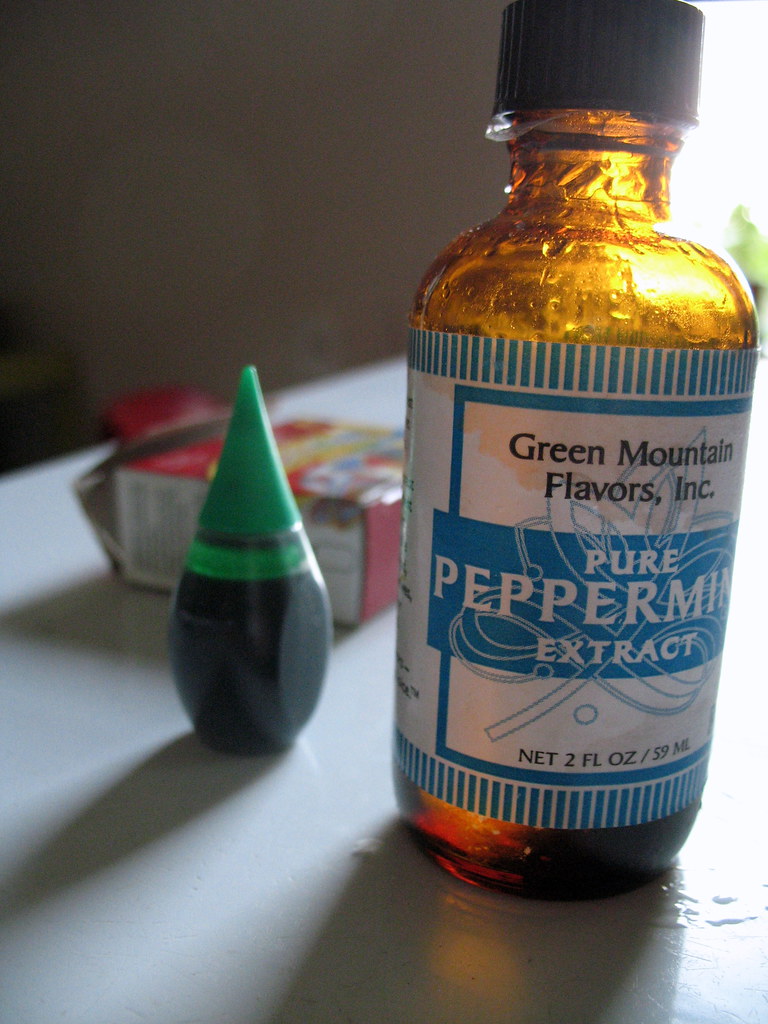 That classic mint flavor is produced with a single drop or two of peppermint extract. It’s powerful stuff, and smells strongly of toothpaste. But when mixed with sweet, rich cream, something magical happens. I can’t explain it any better. Meaty hunks of dark chocolate so cold that they crunch in your mouth push the combination to the ethereal extremes. It’s nothing complicated. There isn’t much in it that you can’t find in your kitchen already (if you have an ice cream maker). I’ll start looking for those swivel chairs in the meantime. Not that it’s necessary. 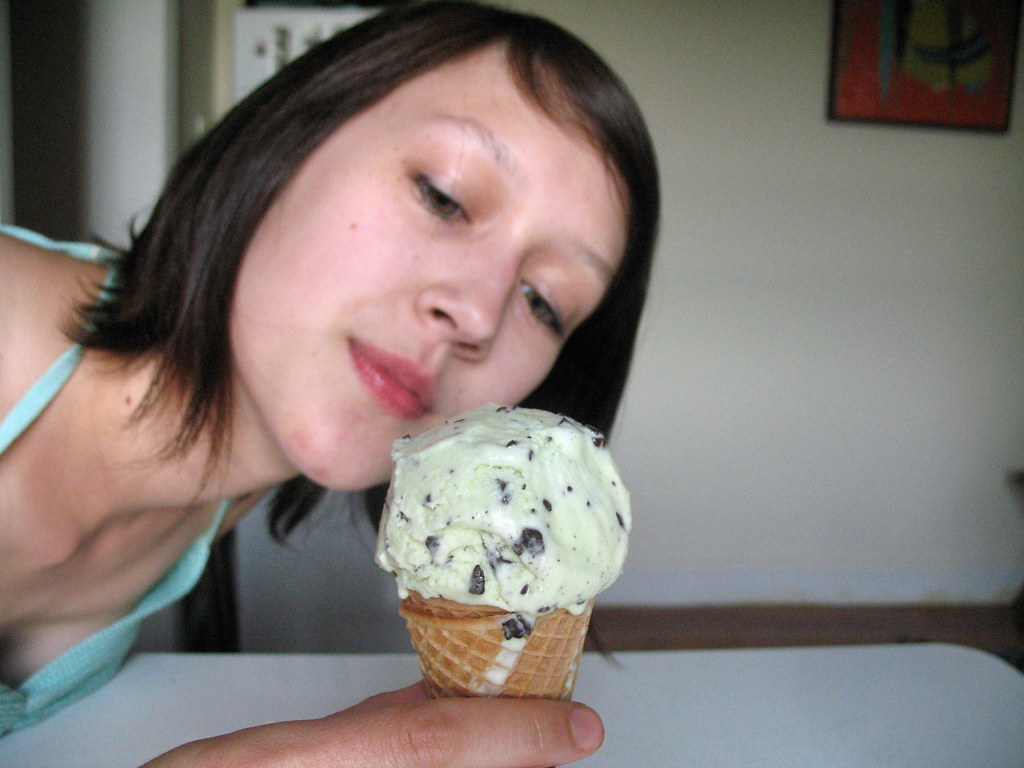 Heat milk and cream in a saucepan on high. Turn off just before it begins to boil (this is called “scalding”). Remove from heat.

In a large bowl, combine the yolks and sugar and whisk well (or use a hand blender) until light yellow and fluffy. While whisking rapidly, slowly pour in a teaspoon of the hot milk mixture. Continue whisking well, slowly adding another spoonful of the milk. Continue blending in more hot milk gradually until you have added about 1/2 cup (the goal is to temper the eggs, without cooking them). Add the egg mixture to the rest of the milk mixture in the saucepan and turn heat to medium-high. Cook, stirring constantly, for about 6 minutes or until the mixture is thick enough to coat the back of a metal spoon. Do not let boil. Remove from heat and let cool completely. Then transfer to an airtight container and chill in the refrigerator until completely chilled, about 4 hours (or overnight).

Stir in the peppermint extract and optional food coloring. Have the chocolate chips cut up and ready to go, as they will be tossed into the ice cream when it’s almost finished churning. Follow your ice cream maker’s instructions to churn the custard mixture and add the chocolate chips to the mixture within the last couple minutes of its cycle. Transfer to an airtight container and freezer about 2 hours before serving to “ripen” the ice cream.

Eight brownie points: Come to think of it, fresh mint would have earned this a bit more respect in the health category. I don’t think there is very much to say for this ice cream, aside from the obvious calcium factor, the slight antioxidant factor (from the dark chocolate chips), and the fact(or) that there are no preservatives or unnatural ingredients in the homemade version whatsoever.

Three maple leaves: This is one of the points where I feel really sneaky for using green food coloring. (It was only innocent nostalgia…) The only thing really “green,” as in earth-friendly, about this ‘cream is that I used cage-free eggs and organic milk, though I didn’t have the time to seek out organic heavy cream while shopping in my immediate vicinity.