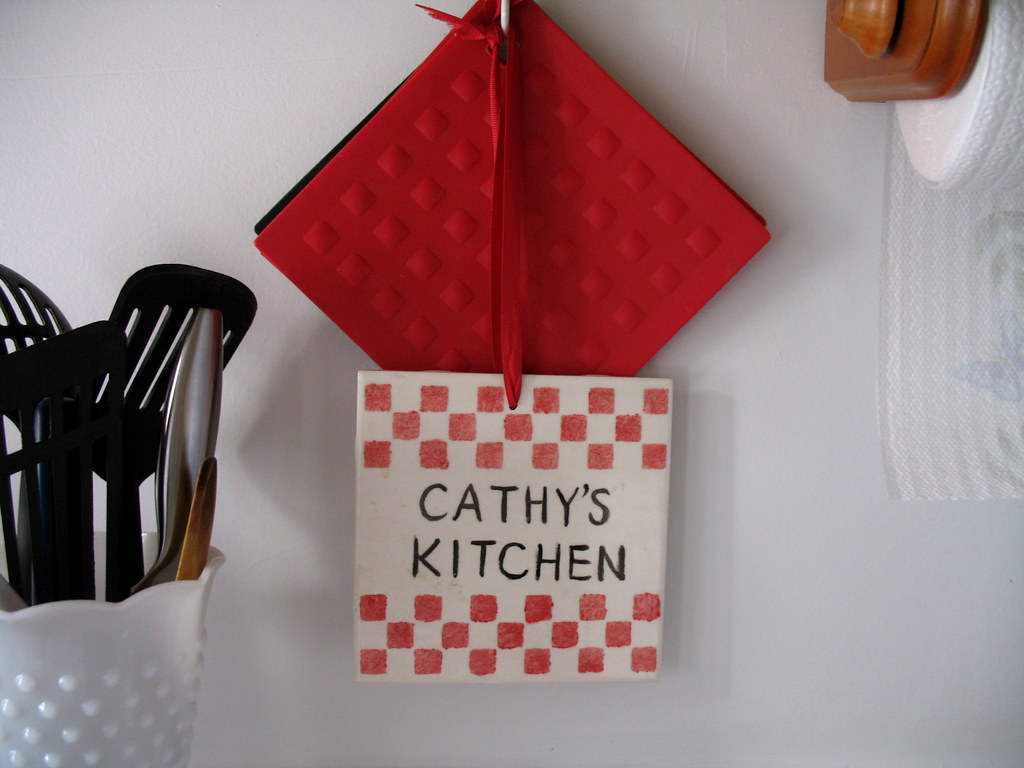 In the words of Roy Orbison, only the lonely know the way I feel tonight. I’m putting my feet up on a coffee table, pulling a blanket up to my chin, trying to decide which channel to turn on, or which of the eight magazines in front of me to pick up and look through, then relinquishing in contented inactivity, the only sounds in the entire apartment from stock simmering on the stove, ever so lightly, underneath the pot’s lid. The aroma creeps into my nose. It’s probably not the way poor Roy felt when he sang it, but I feel great tonight. Dum dum dum dumdy-doo-wah.

And this is because I’m living alone for the first time in my life, something I didn’t imagine plausible for another few years, if at all. True, the hurried exile from my last apartment wasn’t exactly something I’d planned, as I’ve whined about here already. But whatever. Living alone feels the right thing to do, and for once it’s right financially, too. Well, almost.

Ask any expert and your twenties are the best years of your life… to save. Hence, making sacrifices with regards to our living situations is something of an art for New Yorkers. Finding an apartment can feel like a series of compromises in terms of space, privacy, proximity to parks, laundromats, or subway lines not including the G. It goes on, and the way those sacrifices fall in any given arrangement can really determine a lot about how your life will be, even the most mundane-seeming of them. Have higher ceilings, and you may find yourself in a very vertically stacked room, where getting on a stool on a daily basis is as ordinary as tying your shoes. I’ve always sacrificed comfort before cost in the past, living in a room barely bigger than a full-sized bed for a year and not eating out with a kitchen the size of an elevator for another. While stepping on stools is great and all that, by squeezing my activities into such tight quarters, I was probably giving myself little room to grow. As a person.

The unthinkable option of living alone all started when I found a modestly priced one-bedroom that I liked. But, the monthly rent would still be a steep increase from my last apartment’s, which was shared. About $400 more. I knew what that looked like on paper, but it was difficult to grasp exactly what having $400 less at the end of the month was going to feel like, and how I was going to compensate for it. What was that even equal to? A few nice outfits, and maybe a haircut? Ten less nights of going out to bars, seeing music and catching a cab home once or twice? (Impossible.) I’d almost forgotten that most people go out to eat, too. Ooh! I thought. Could $400 a month be what I’ve been saving by not eating out?

Let’s start with weekday lunches. These days I couldn’t care too much about what I bring for lunch. It’s usually leftovers or something invented out of which; a snacky thing or two, a piece of fruit. I figure, considering I never shop specifically for much of the makings, I probably spend around $1 for one brought-from-home lunch a day. Whereas, if I were eating out I’d most certainly be spending about $8 a day on a filling meal in Midtown. That’s just the way it is. (Unless I wanted to settle for street meat or a small soup every day.) That’s also not counting the coffee runs, occasional smoothies or breakfasts, which many people engage in during the day, too. So, let’s say that saving $7 a day on lunches and breakfasts is a modest estimate.

With dinners it gets trickier. When I ate out, of course it was always a mixed bag of extravagant new restaurant dinners, cheap neighborhood brunches, Chinese take-out, etc., and at-home cooking experiments could be expensive, too. So if a person eats out at a nice place for dinner only once a week, let’s say they spend a (modest) $30 at that restaurant. If they eat take-out for dinner at least three other nights of that week, at $10 a pop each, that’s another $30. That’s $60 a week worth of things that I don’t do. I go grocery shopping, of course, and I suspect the model eating-out antithesis I’ve created here would too, for those other three nights of the week and whatnot. Let’s say he or she spends $15 a week in food groceries and I spend $25 (which I commonly do). Let’s add this all up:

As you can imagine, that’s a very rough estimate, which doesn’t take into consideration vacations, parties and I suppose a whole host of other factors. I warned these calculations were tricky. But what I’ve ended up with is that I spend well under half of what I might if I ate out like a (so says I) normal person. Let’s see what it means in monthly savings:

So I’ve been saving approximately $212.67 a month by not eating out. Granted, this is not $400. Still, this made for a compelling argument to sacrifice this time in favor of my own personal space.

So maybe not eating out alone doesn’t make up the deficit for not having roommates, in my situation. It’s never going to be a cut-and-dry case, though. I’ve also got to point out all the communal things that help you save when living with someone else. Of course it’s a big plus on the budget that you can share the utilities bill, but you’re also bound to be sharing the forks and knives, the coffee maker, toaster, toast, breaking one another’s cups and so forth. I’m lucky that throughout my years of cohabitation, I’ve managed to gather all the home essentials I’ll need, and then some (vintage pasta-cranked fresh tagliatelli, anyone?). So, with the exception of the pesky Internet bill, I’m liking this steep-rent sacrifice so far. And damn glad I won’t have to give up going out to bars ten times a month to enjoy it.