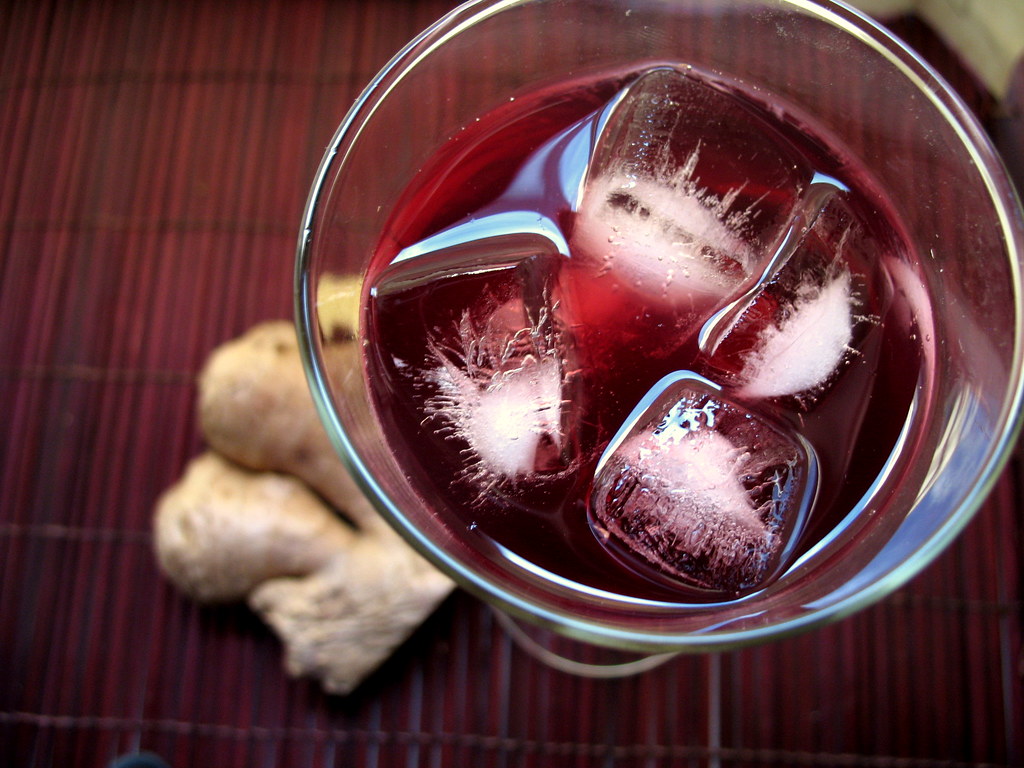 I had a lot of leads to mull over for my next recipe, dedicated to Hillary Clinton. As Angeline commented in my Obama Rolls post, Clinton’s favorite food is lamb. Slate recently delved deep into theory on Clinton’s food preferences, citing her dearness towards a Midwestern regional specialty called the Oliveburger, and her overuse of butter on popcorn. Then this week’s Intelligencer column in New York Magazine reported that Hillary eats hot peppers like jalapenos, habaneros and banana peppers “at pretty much every meal,” according to her spokesman. I find this fascinating, if true. (I also think it’d be awesome if Hillary started a food blog called, “Eating Hot Peppers in New York.”)

But it was not a buttery, gamey, spicy or olive-laden recipe that I eventually decided to go with. Because, while she’s assuredly in the race for the presidential bid for the long haul, I think Hillary needs to loosen up. Go easy on the stoic-as-Mount-Rushmore eyebrow furrowing and tough talking like she’s about to take Obama “outside” for a brawl. I’m no doctor, clearly, but I think that Hillary could use a drink.

What a not-turn of events we saw on Tuesday. The race for the Democratic presidential bid is in full swing, two candidates are neck and neck, with no end in sight. Watch out for the flying mud. I fear that this race may actually take a big toll on the candidates’ physical health. I’m sure it’s already done its damage, and that may or may not be normal for this stage in the race. But the coming seven weeks before Pennsylvania… well, let’s just say that I wouldn’t like to be in either of their shoes, as well-lined with Dr. Scholl’s as they hopefully are.

So, if the hot peppers start to lose their energy kick, try pomegranate juice for a boost. The stuff is wildly expensive, but it’s somewhat justified in its concentrated levels of Vitamin C and antioxidants. Studies have also suggested that pomegranate juice helps lower cholesterol (for all that butter and burger-binging) as well as other added pluses. This was the backbone for my foray into mixology. Balancing the tartness of the pomegranate juice, I brewed some chamomile tea and sweetened it with honey. Chamomile, of course a well-known cure for the common stress (or the not-so-common stress of being the first woman to run a tight race for the Democratic presidential nomination), seemed a delicately floral complement. I see nothing wrong with mixing in a little relaxation while you’re boozing. 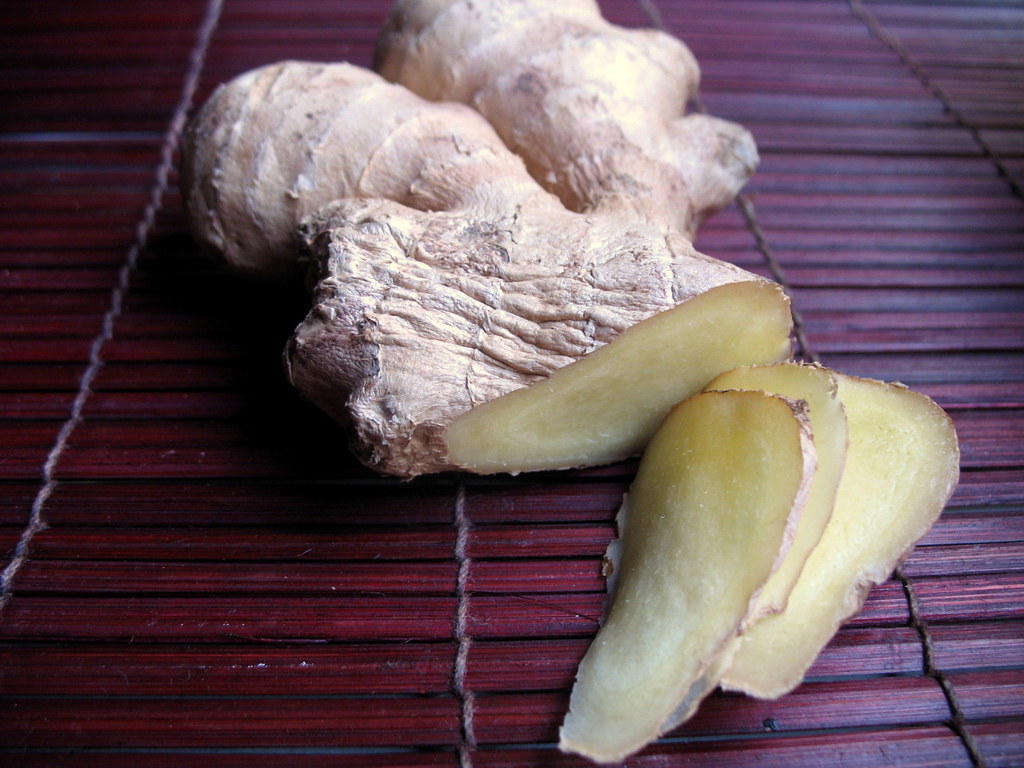 ginger keeps the blood pressing on

I’d originally wanted to add a twist of lime, hence the word “Rickey” (as in Lime Rickey) in the cocktail’s name, but I realized that it would be too sour a partner for pomegranate. I’d also planned on mixing this up with the more traditional gin. But seeing as there were a few new flavors just mingling and making nice with one another for the first time, I didn’t want to crowd the classroom. So I went with the neutral vodka. Finally, I added a few slices of muddled fresh ginger to the recipe for that beloved spicy contingent. Herbally speaking, the fresh roots have long been known to help improve blood circulation (one of the reasons I drink ginger tea in the winter, lest my pinkies turn white) as well as help prevent gas, nausea, menstrual cramps and inflammation of the blood vessels, which can lead to migraines. The perfect counter for a jalapeno-rich diet?

The more I think about it, the more it sounds like the stuff is a health tonic more than anything else, a super-drink with ancient healing secrets at its core. It’s funny, because I had little intention for the mixture other than being a tasty vehicle for alcohol. Whoever invented the cocktail was a genius. (Or, most likely, a doctor.)

Muddle ginger. Add vodka, tea and pomegrate. Shake with ice and serve on or off the rocks.

Cost Calculator
(for one drink — and wildly guesstimated)


Five brownie points: I’m a little torn here. I’ve never had so many conflicting thoughts on whether a recipe was essentially Good or Bad in health-supporting spirit, since this one is obviously an alcoholic beverage, and that in itself is Bad. But as we discussed earlier, there are a lot of unique benefits captured in this one drink, at a relatively low caloric count (if we’re going to think of it that way, as a food) and intoxication level (if we’re going to think of it in that way, as a narcotic). So, you decide. Hillary’s never been exactly consistent in message either. (But has any candidate?)