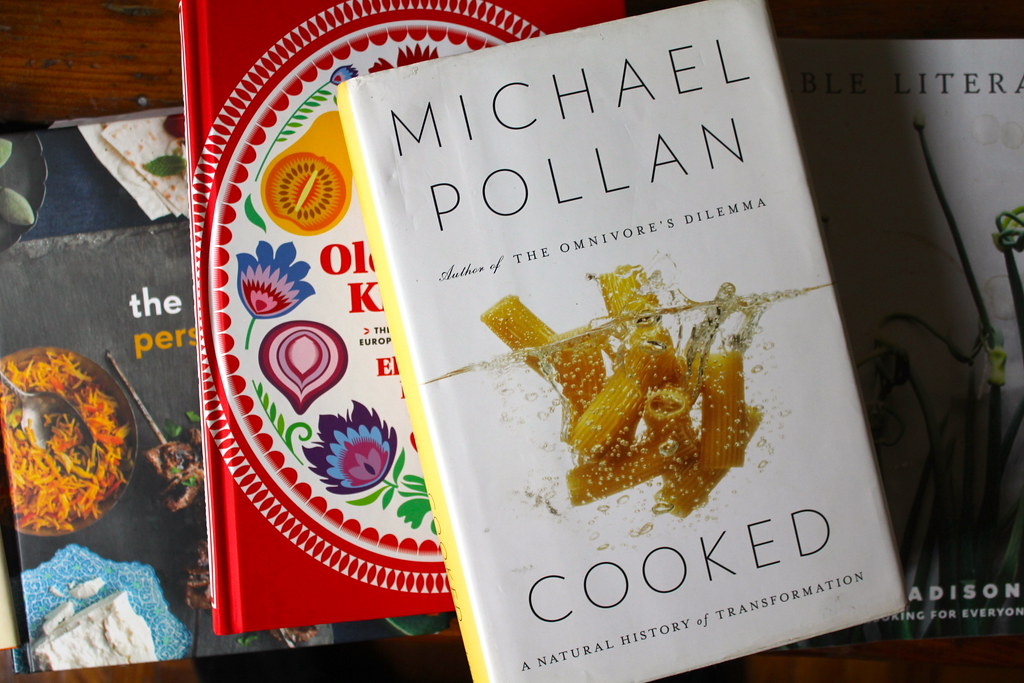 It’s that time of the year to look back at the year. This Monday on my podcast Eat Your Words, I’ll be joined by two local foodies to discuss our favorite words on eating this year. That is, we’ll be rounding up our favorite food books from 2013. Since I promised my guests to provide them with my own short list before the show, I thought I’d go into what these picks are, and why I think they’re so great, beforehand. This year has been one in which I’ve been bombarded with new cookbooks — ever since refocusing the podcast to be centered around books, my bookshelf has been positively bulging. I’m not complaining. In fact, I’m praising.


But first, what were some of the biggest trends in food books from 2013? While years past may have seen the serial food television personality cookbook (how many books does Rachael Ray have under her belt?), this year has definitely affirmed the age of the restaurant cookbook. Every successful restaurant in the country is currently working on a cookbook, if they do not have one out already, I’m convinced. In my borough of Brooklyn alone, 2013 saw the publication of books from local restaurants and artisans including franny’s, Roberta’s, Pok Pok, the Robicelli’s, the Mast Bros, Four and Twenty Blackbirds (2012 saw those from Mile End, Saltie, Baked‘s third cookbook), etc. Daniel Delaney, I’m looking at you.

While some of these restaurant-based cookbooks seem to be trying too hard to portray the culture of their company in a positive light (trust me, after seeing this done in dozens of books, it gets old and purposeless), this somewhat new genre offers an intriguing paradox. All told, these restaurant cookbooks walk the slippery slope of suggesting that you make their food yourself, rather than buying their product. Well, I guess if you allow the product of the book itself.

But without further ado, my five favorite food books of 2013 — not just cookbooks, but all genres concerning food. What are yours?

5. Vegetable Literacy by Deborah Madison. While the title annoys me a little for its didactic tone (what, I’m not “literate” in veggies?), this is an interesting new breed of book. Along with accessible, vegetarian recipes, the Cali-green chef offers botanical observations on all kinds of common ingredients. I greatly enjoyed reading about parsley root and how to use all parts of fennel. Indeed, it’s a call to using all parts of a plant, and to understanding them better.

4. The New Persian Cookbook by Louisa Shafia. Louisa isn’t a restaurant owner nor a food TV star (although she looks like a prettier Nigella Lawson). In this second cookbook of hers, she explores the Persian cuisine of her father’s heritage through a clean, healthy, and natural lens. She goes out of her way to make exotic elements really accessible, but they’re still delightfully novel to the uninitiated in Persian food. Barley, lamb, and rhubarb stew? Now why didn’t I think of that?!

3. The Old World Kitchen by Elisabeth Luard. This cookbook was actually published in 1987, but was recently reprinted and released with a spiffy new cover from Melville House publishing. Subtitled, “The Rich Tradition of European Peasant Cooking,” this is basically the book of my dreams. I’ve been collecting old cookbooks from all over the world to get closer to peasant foods, unhindered by modern tastes or snazzy photo-ops. There are no photos in this book, but there are homey recipes for classics like potted goose or duck, cod’s roe salad and pickled fish, yogurt and cheese curds, and a German recipe simply called, “One-Pot Stew.” It is amazing!

2. Cooked by Michael Pollan. This might be Michael Pollan’s most fun and uplifting book yet. It’s a light-hearted tour through four basic elements of cooking: fire, water, air, and earth, with stories about interesting characters who cook throughout. But I really appreciated the overall purpose of the book, told in the introduction, titled “Why Cook?” Pollan has come to see cooking itself as a missing element in many of the problems with the modern food system. If people simply cooked more, rather than buying processed or prepared food, it could mean a big difference for the greater scheme of food production, policy, and the environment. At least, I think that’s what he’s saying. “The Big Problem is nothing more or less than the sum total of countless little everyday choices, most of them made by us,” he writes. I couldn’t boil it down better, Pollan.

1. ??? I just realized two of my favorite recent books, Sandor Ellix Katz’s The Art of Fermentation and Linda Lau Anusasananan’s The Hakka Cookbook were both published in 2012. I’d like to give them a tie for first place, because they’re both such unique and authoritative tomes on endlessly fascinating niches. Fermentation, in all its forms and for all its unique benefits, gets served as an “art” by the legendary author of Wild Fermentation. The Hakka people, who have migrated throughout the world from a common homeland in China throughout history, have forged a delicious food culture using humble local ingredients wherever available — and The Hakka Cookbook explores them like an encyclopedia. But, what to do now that these two books are out of contention?

Stay tuned on Monday, when we’ll reveal the top choices for REAL. Sorry for the teaser, but there will be a first pick for food book of the year announced on Eat Your Words on Heritage Radio Network this Monday, at 1pm EST. Along with me, Wen-Jay Ying, founder of Local Roots CSA, and Laena McCarthy, founder of Anarchy in a Jar, will join me on air to discuss their favorite books of the year, too. Til then, tell us what yours would be! There are tons more great titles to eat up.