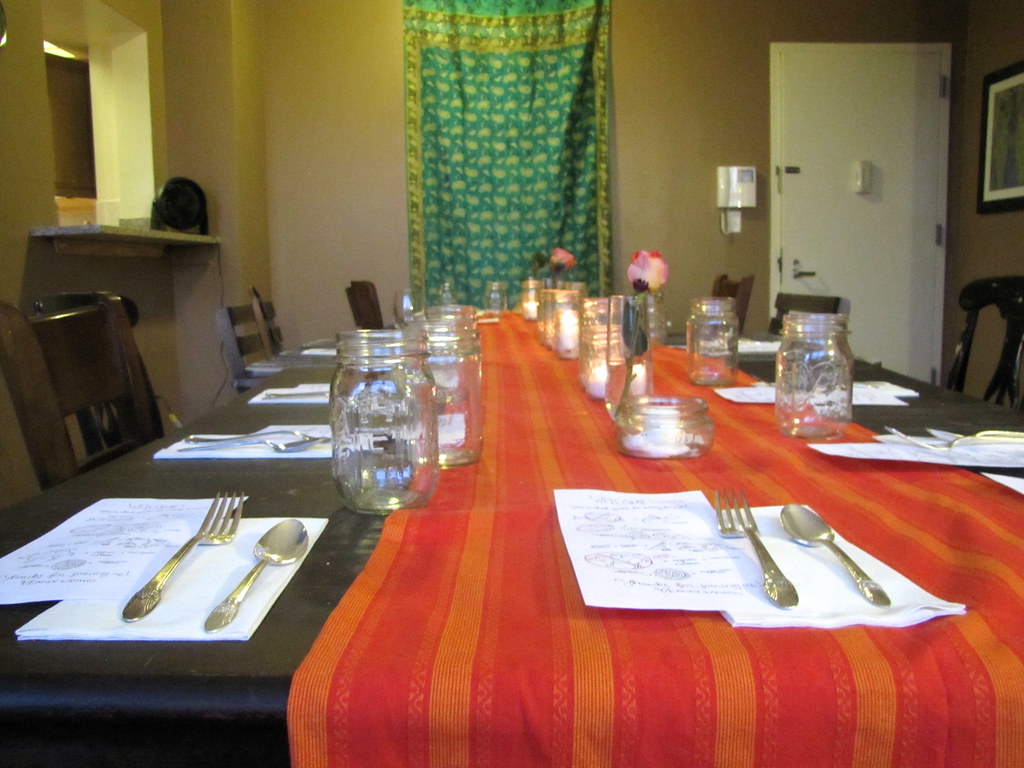 Last week, I was treated to a seasonally-inspired, five-course dinner hosted by someone I’d never met before, along with nine people I’d never met before, either. But even before the first course, it was just like hanging out with the gang. Our hostess and chef de cuisine for the evening, Emily, was a whipsmart aspiring chef and erstwhile front-of-house expert at some of Brooklyn’s best restaurants; playing both roles, in her own apartment, may just be her ultimate calling. I know there are many more like her hosting dinners for the startup that organized this event, EatWith, too. So I’ve tried it, now you’ve got to eat and see for yourself: EatWith during its NYC launch event from August 2-5th — and get a 15% discount using the code below!


Actually, I knew one person at this dinner, which came as a surprise. Clay Williams, local food photographer extraordinnaire, was snapping shots of the kitchen right when I walked in. Clay has been shooting for EatWith and his endorsement of the event was a pretty good sign from the get-go. I soon met a lovely student from Sweden completing a summer internship in NYC, and this was her second meal with EatWith, she loved the concept so much. Then I learned that Emily, our chef, had been to a previous EatWith dinner and was inspired from the experience to hold one herself. All told me that EatWith was already growing some serious legs for its infancy stage, and was so unique from either dining in or out. Then I ate the dinner, and was blown away by its quality, abundance and cheap ticket at $40 a head. Seriously, don’t wait. If you’d like to attend an upcoming NYC-based EatWith dinner during its launch week (August 2-5), enter discount code NEWYORK during checkout. 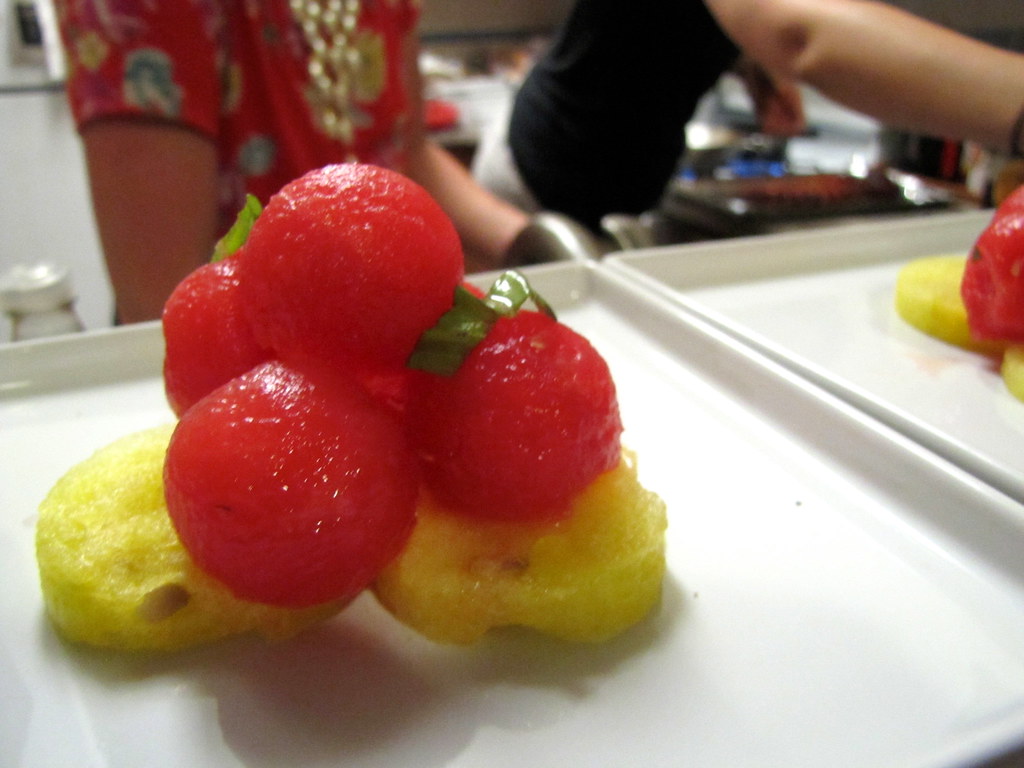 
Sure, I’ve talked about supper clubs in New York aplenty here and in the book, and have even run one myself. So when the folks at EatWith first contacted me about their concept, I didn’t lift an eyebrow. But EatWith didn’t spin off the underground supper club scene here — it began in Europe, after its Israel-based founders had a life-changing meal at a family’s home in Crete. Something like the restaurant version of Airbnb came to mind, and EatWith was founded. I can see the international scope of the startup providing homey, wholesome meals and cultural experiences for travelers, as well as providing international eats in adventurous eaters’ hometowns. (The EatWith folks told me of a memorable meal in Queens recently in which the first-time host made an elaborate Malaysian meal with all the authentic dishes he could muster.) I can also see how it facilitates and verifies dinners for all kinds of special events, anywhere. 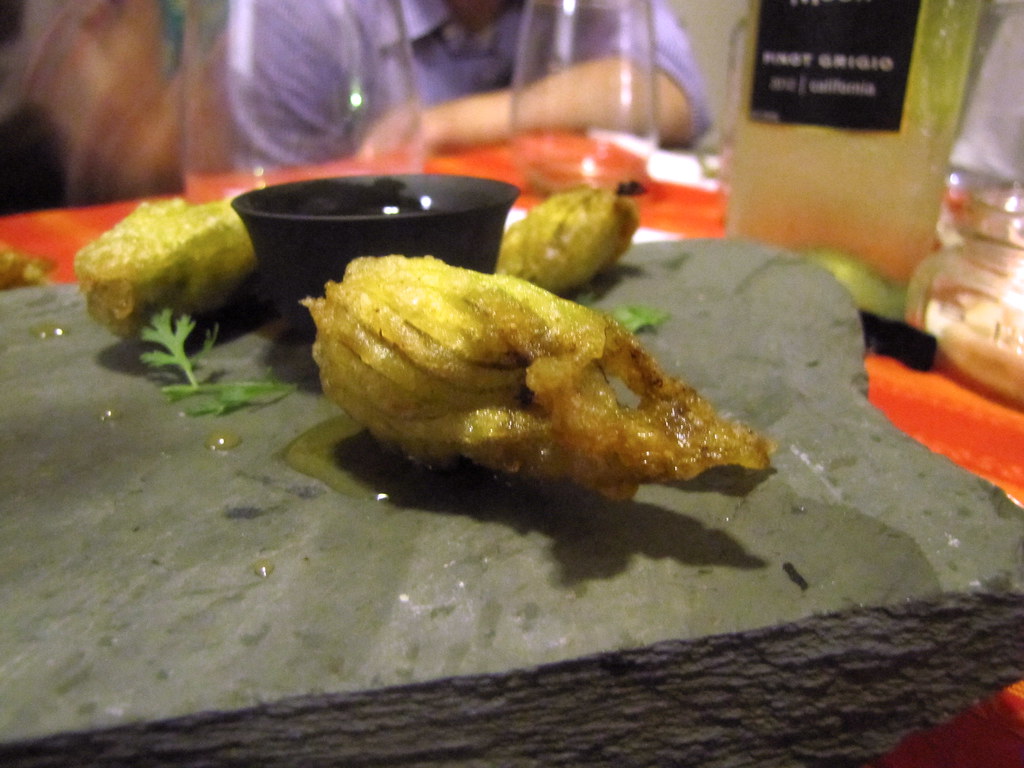 As for our evening’s dinner last week, the occasion was simply the beginning of summer. The location was Bushwick. We were greeted with chilled whites and summer cocktails and from the first bite of skewered candied bacon and pickled plums propped on wheatgrass planters on the table, I knew I was in for a treat. The dish that really blew me away, though, was Emily’s trio of summer squash, including a perfectly tempura-fried blossom stuffed with cheese and dipped in tentsuyu. We weren’t rushed out of the dinner, either, with plenty of time to linger on the cool balcony after the meal. 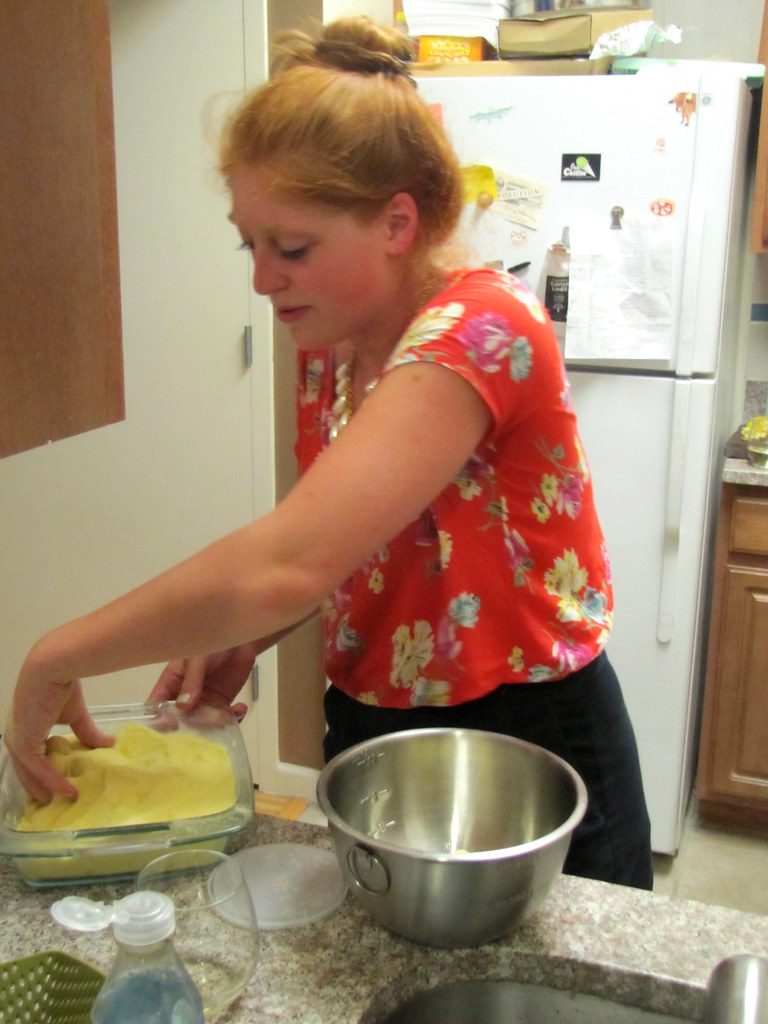 
So if you’re thinking of dining well this weekend, meeting new friends and spending much less than at a restaurant, check out the upcoming events at EatWith (and yes, Emily’s hosting another seasonal menu August 5th). You might even be inspired to open up your own kitchen to eating with others, too.